Susanna Nicchiarelli's anti-biopic captures the art-rock legend in her final year, but is also an ideal entry point to an astounding two decades of work 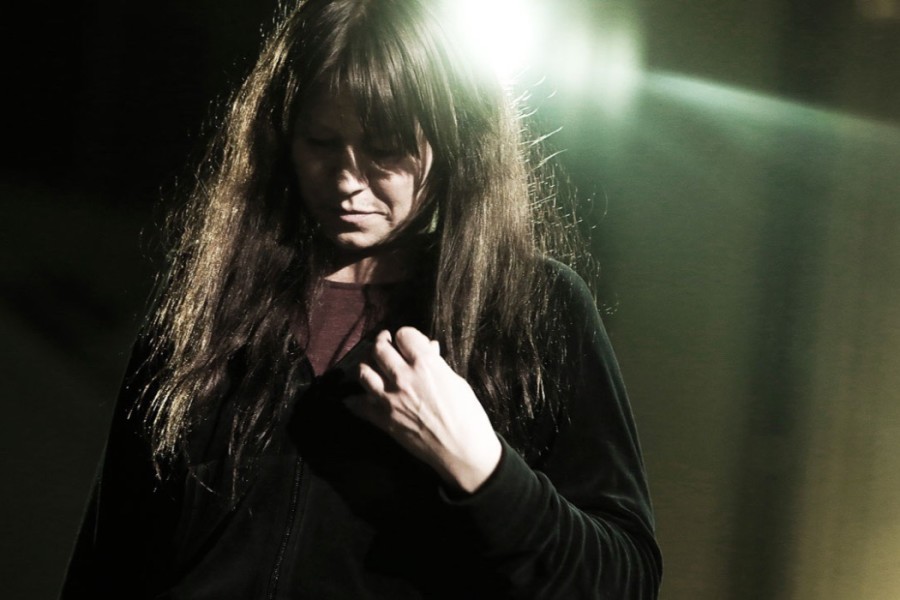 Director Susanna Nicchiarelli’s richly detailed and affecting drama about the final years of the fabled former model, onetime Velvet Underground singer, sometime actor, and muse to many other famous and infamous artists, Nico, 1988 is unsparing in its depiction of the most hellish and least glamorous aspects of a musician’s life. For the film’s middle-aged Nico — played with astonishing conviction by Danish actor Trine Dyrholm — there’s something even worse than having to involuntarily kick heroin while stuck without skag, as she must do when her band tours behind the Iron Curtain. No, it’s suffering through the inane jabber and worse questions of a radio DJ.

“Here we are with Lou Reed’s femme fatale!” chirps an unseen and overexcited chap early in the film. 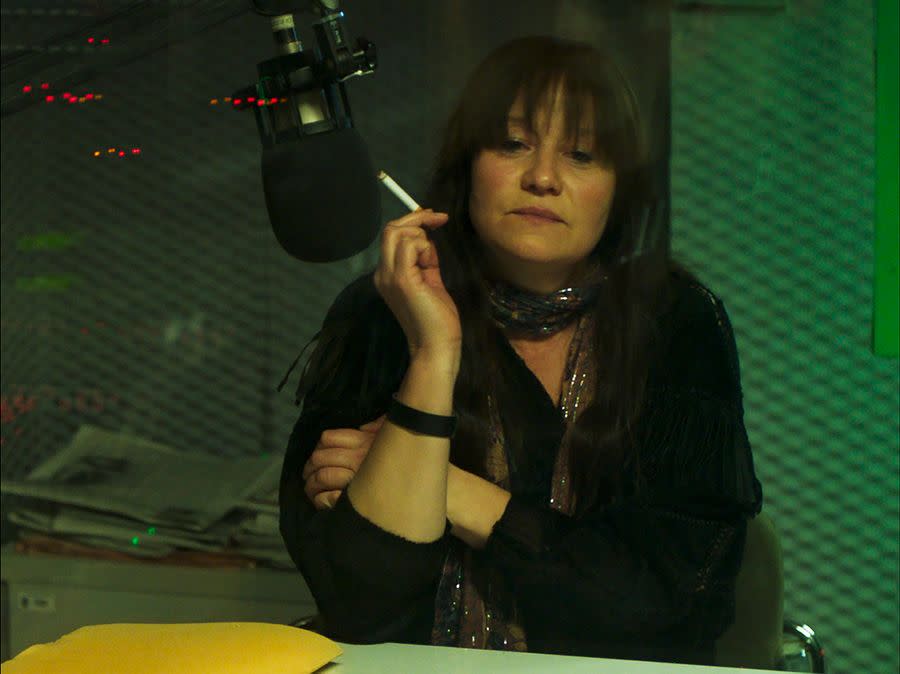 Steeped in the most withering variety of Teutonic gloom, the singer's responses to starry-eyed fans and anyone else who wants to hear about the ’60s provide some grimly hilarious moments in Nico, 1988. She just doesn’t care about Reed or Andy Warhol or any other associations tied to her fame. (She has a warmer regard for Jim Morrison: he was the one who encouraged her to write her own songs.) She flinches when her new manager, Richard (John Gordon Sinclair), calls her by her stage name. The woman born Christa Päffgen would likely have ditched “Nico” if she had her way. Yet she knows she must use whatever mystique the name retains to get people to pay attention to her music as she slogs her way from one grubby club to another.

She also knew her haunted, harrowing music — which grew more experimental and austere as the years wore on, far from the folk-pop of her 1967 solo debut, Chelsea Girl — did not have the widest appeal. “I’m very selective about my audience,” she tells another interviewer. “I don’t need everybody to love me — I don’t care.” 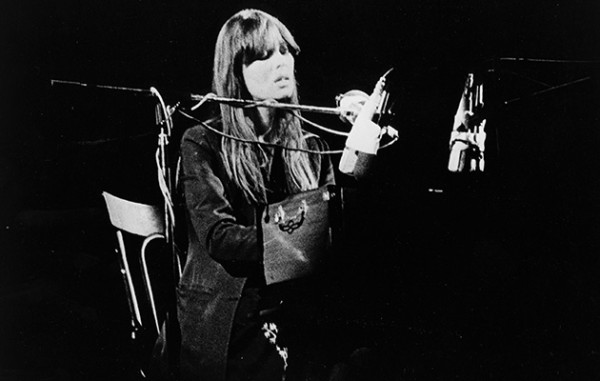 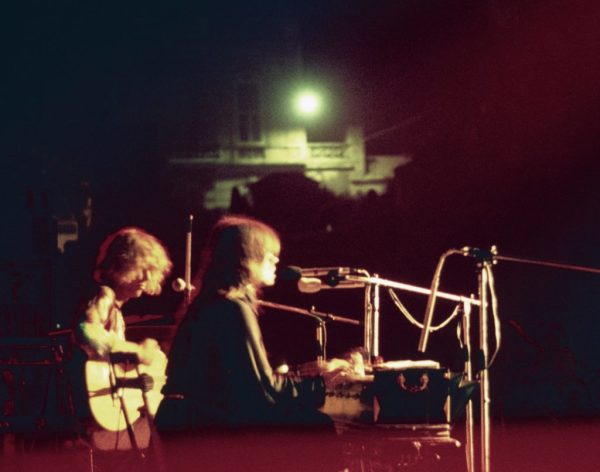 By preserving its subject’s iconoclastic attitude and showcasing her equally iconoclastic music, Nicchiarelli’s film honours Nico — Päffgen — by presenting her as an artist who existed on her own terms. That’s no small achievement given the number of others who presented her through their own lenses, using her stunning beauty (before the ravages of hard drugs) and icy contralto for their own purposes.

That was especially true of the auteurs whom she enthralled. For Federico Fellini in La Dolce Vita (1960), she was an emblem of new Euro vitality and chic. For Warhol in Chelsea Girls (1966), she was an implacable totem of exquisite boredom. For Philippe Garrel in The Inner Scar (1972), she became an epitome of unreachable, unknowable womanhood. Fictionalized versions of Nico — like the cartoonish seductress to Val Kilmer’s Morrison in Oliver Stone’s The Doors (1991) — could be even more one-dimensional (or off the mark). 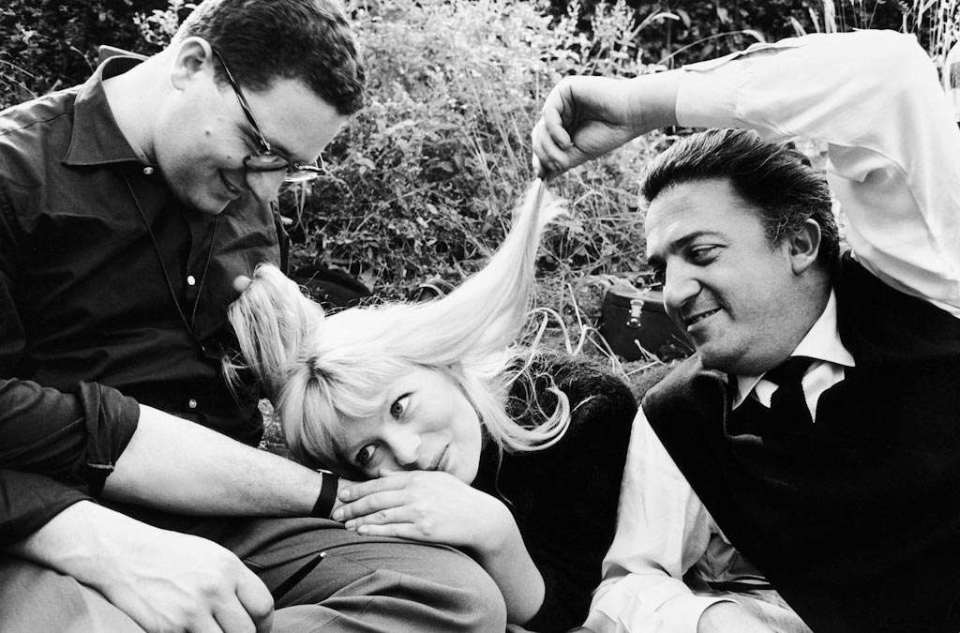 Nico on the set of La Dolce Vita with Federico Fellini and cinematographer Ennio Guarnieri (left), 1959

And just as “All Tomorrow’s Parties” — arguably the most iconic song she’d perform during her brief tenure with The Velvet Underground — would be one of many Velvets songs used to add an aura of fin-de-’60s decadence to innumerable movie scenes, her more winsome early recordings would provide a note of wistfulness on other soundtracks (e.g., “These Days” and “Fairest of the Seasons” in 2001's The Royal Tanenbaums; “Wrap Your Troubles in Dreams” in 2012's Killing Them Softly).

As seemingly disdainful of other people’s nostalgia for the Warhol Factory days as Nico was herself, Nicchiarelli’s film derives its most compelling moments from songs that are far more representative of the music she most cared about. The agonies of withdrawal at a gig in Prague prompt a ferocious rendition of “My Heart Is Empty” from Camera Obscura (1985), her final studio album. A later performance of “My Only Child” — from her 1970 masterpiece Desertshore — reveals her feelings of despair and regret over the destruction she has wrought in the life of her son, Ari, the deeply troubled product of her affair with French screen legend Alain Delon. 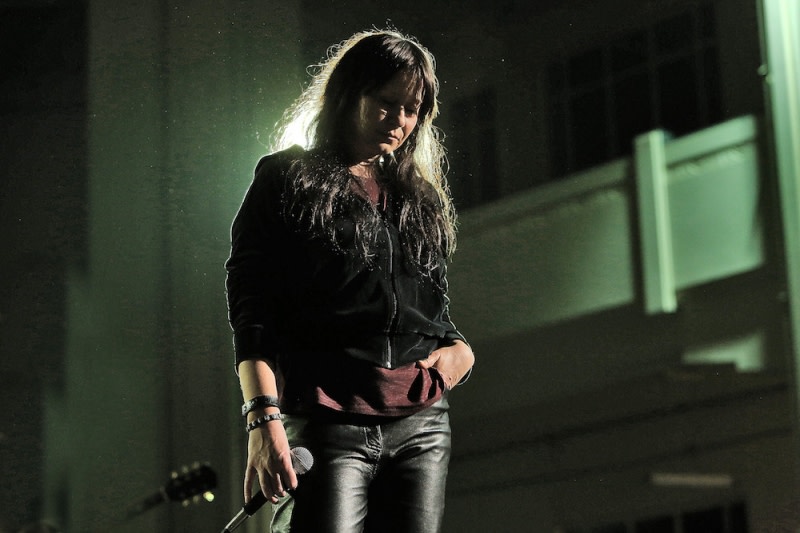 Dyrholm as Christa Päffgen, a.k.a. Nico

Though other scenes may solicit our pity for the self-described “fat old junkie” she’d become in her later years, the best scenes of Nicchiarelli’s film demonstrate and celebrate the power she was still capable of as an artist and performer. In doing so, these moments help Nico, 1988 fulfill a function that ought to be a primary one for all music biopics but sometimes gets forgotten: that is, to invite a deeper immersion in the work their subjects created — and worked so hard to get into the world.

This playlist of Nico songs — many of which play a crucial role in the film; by way of an example we've included Dyrholm's excellent in-character read of "All Tomorrow's Parties" — shares that noble objective of fostering a broader understanding of the woman’s work as well as an appreciation of her tenacity in the face of a world that is often far colder and more cruel than she could ever be.