From TIFF Studio to Award Winners

Two years ago, Meredith Vuchnich and Tracey Deer were participants in the TIFF Studio programme; just this past year, Deer was a Temerty Family Fellow and a participant in TIFF Filmmaker Lab. In TIFF Studio, Vuchnich and Deer worked on their script Beans, which tells the story of a 12-year-old Mohawk girl who’s forced to grow up fast and become her own kind of warrior when her people oppose the Canadian government during the bloody and turbulent Oka Crisis in 1990.

TIFF is honoured to be part of their journey and proud to celebrate their most recent success as the recipients of the second TIFF–CBC Films Screenwriter Award.

We caught up with Vuchnich and Deer about Beans, and we’re delighted to share their moving conversation. 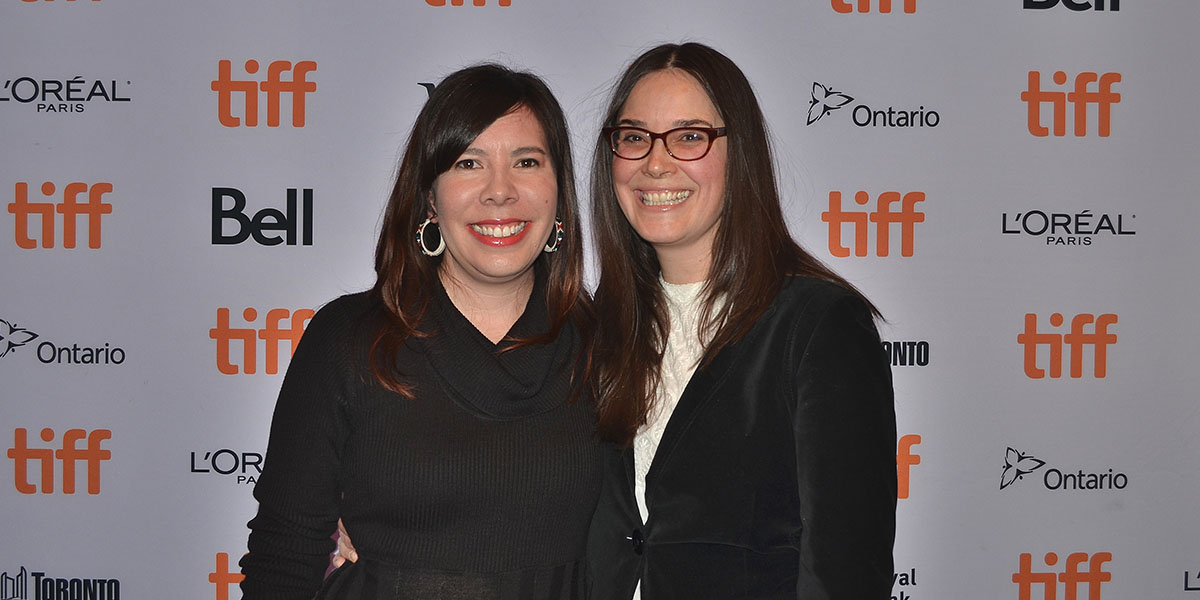 What does it mean to be selected as the recipients of the TIFF–CBC Films Screenwriter Award? How will this impact the next phase of development for Beans?

Deer: Two very big things happened in 1990 when I was 12 years old: I decided I wanted to become a filmmaker, and I lived through the Oka Crisis, the largest Indigenous uprising this country has ever experienced. I vowed at that time to one day make a film about my experiences, because that summer profoundly impacted my sense of safety, self-worth, and identity.

So to be at this stage, 28 years later, is a very big deal for me! It’s been a hard script to write because it draws upon a very difficult, turbulent time for my community, as well as for the country, and the pressure to “do it right” has weighed heavily on me. It’s taken six years to get the script to this point. To be chosen for the TIFF–CBC Screenwriter Award is both a wonderful validation — and a relief — that all of the effort has been worthwhile. This honour confirms that we are on the right track. I’m feeling incredibly motivated as we head into the next phase of development.

Vuchnich: It is a great honour to receive the TIFF–CBC Films Screenwriter Award for Beans. We developed this draft with the help of TIFF Studio, so it is especially sweet to have that in-depth rewriting result in this award.

A first step in any conflict resolution is to listen to the other side, and as Canada endeavours to earn reconciliation with its Indigenous peoples, Canadians need to hear this story. At 12, Tracey learned first-hand what it felt like to be treated like a terrorist by her home country. This award means more exposure for this story. It feels like an appreciative pat on the back, supporting us to keep going and helping us bring this film into reality.

Finish the sentence: “I became a screenwriter because...”

Vuchnich: I became a screenwriter, first and foremost, because I love movies and writing. Everything feels right in the world when I’m in the flow of writing. I’m grateful that this is my job, and I try to use my voice to shine a light into dark places and bring joy and healing into the world.

Deer: I became a screenwriter because, as an Indigenous woman, I grew up feeling invisible and I desperately wanted to have a voice — for my existence to matter. I also found refuge and emotional release in stories growing up, so they were incredibly important to my development. They still hold that same power for me today. It’s a real joy and profound privilege to now have a platform to be heard. I take that responsibility very seriously.

You will know of Share Her Journey, TIFF's campaign to champion women in film. Would you tell us a little bit about your own journey?

Vuchnich: Another big reason I became a screenwriter is because I wanted to see more female-driven stories onscreen. I started out as a theatre actor and director, and grew frustrated by how many more acting opportunities there were for men than women.

Deer: I’m Mohawk, and my people are matriarchal. While that was never explicitly explained to me as a child, that is the energy and example I grew up around. My mother and my aunties are the leaders in my family, and they are formidable! I’m really grateful to all of them for instilling that sense of power and leadership in me from a very young age, because it gave me the confidence and determination to get back up every time I was shoved down by the patriarchal, sexist, status-quo system that permeates parts of our industry.

I’ve happily spent most of my career collaborating with women, and I’ve searched for and found those men that are our allies. I’m also incredibly proud to be on the board for Women in View, whose mandate is to champion and amplify the voices of all the women in our industry.

We'd love to know who inspires you!

Vuchnich: I find inspiration in many places, but right now, Tracey inspires me. Working with her as she faces personal demons to tell her story has been the most inspiring creative experience of my life. She is also supersmart and a quick learner. Working with Tracey has changed my life and changed me.

Deer: My partners on this project, Meredith and our producer Anne-Marie Gélinas, both inspire me greatly. They never gave up on me, and I certainly gave them the opportunity to do so when I battled extreme self-doubt and debilitating internal resistance to tell this story. If it weren’t for them, I don’t know if we’d actually be at this incredible moment! They are a testament to the creative power of women supporting women, and I’m so proud to be working with both of them.

I also look to the resiliency, grace, and generosity of my people every day to inspire me in all that I do.