TIFF Transforms: A Conversation With Joana

2019 at TIFF: A Conversation with Joana Vicente

TIFF was thrilled to welcome Joana Vicente as our new Executive Director and Co-Head last November. Vicente has dedicated her life to film in a variety of ways, from producing great films to ensuring the film industry is always pushing the envelope. We can’t wait to see what will be next for TIFF, and we look forward to sharing this exciting new chapter with you.

At the start of this year we sat down with Vicente so our community of supporters and film lovers could get to know her more and hear what she is most excited for in 2019. 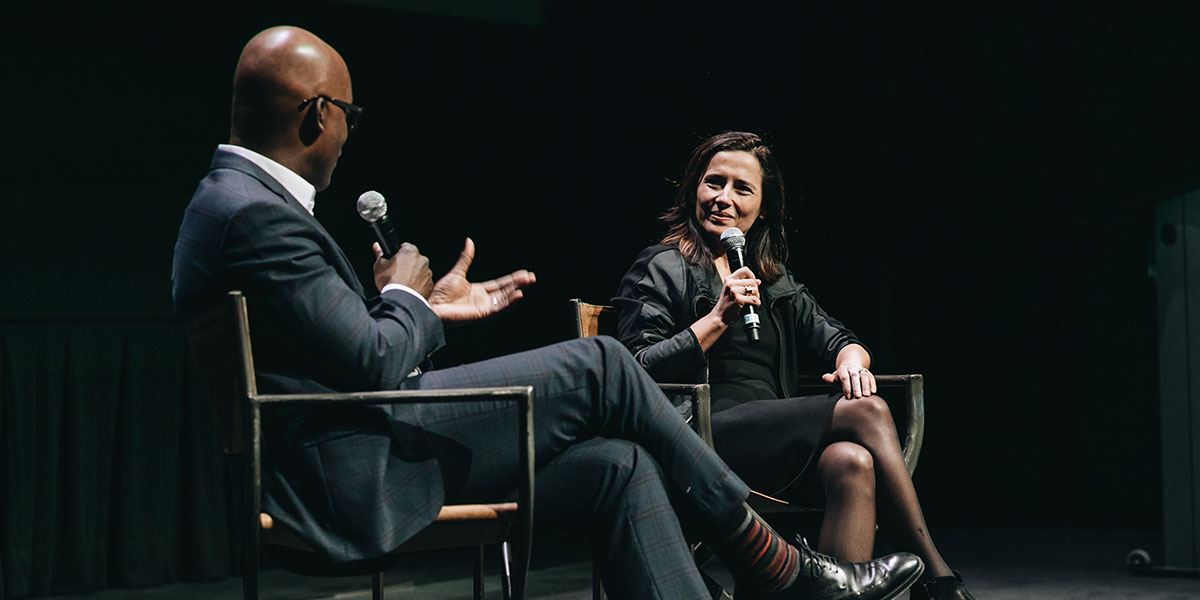 What drew you to Toronto and TIFF?

I have always loved TIFF. It is an incredible organization with amazing, creative, and passionate staff, and a fabulous building and year-round programming where the mission of transforming the world through film comes to life every day. As a producer, I have had the good fortune to have 12 films at the Festival. I know what an important launching pad the Festival is for independent feature films; Toronto audiences are the most discerning and enthusiastic in the world. I have sold films at the Festival, so I know the importance the Festival has on the ecosystem of independent filmmaking.

As for the city, I was excited by the idea of getting to know Toronto. I have lived in many places in my life — Macao, Portugal, France, Mozambique, Madeira, New York — so it doesn’t scare me to try a new city. So far, I am loving it!

What are you looking forward to most in 2019 at TIFF?

It’s hard not say the Festival; this year will be my first Festival in this position. But as I settle into working at TIFF, I have to say that I am truly excited about TIFF Bell Lightbox’s year-round programming. I think we have an extraordinary programming team, and the Lightbox is probably the highest-quality movie-theatre complex in the world. And it has not taken me long to realize that our audiences at the Lightbox — every day, every month — may be the most knowledgeable and committed film audiences I have ever encountered.

Right now our goal is to continue this work: to make the Lightbox a dynamic and exciting place year-round, to ensure that our committed Toronto audience — who are so proud of our festival — are equally proud of the place where they can see films year-round.

Where's your favourite spot to sit in a movie theatre?

In general, I like middle-centre, three-quarters of the way back — which is an issue. My husband would rather sit near the front of the theatre! We compromise.

Do you have a favourite movie snack?

Popcorn and Raisinets. I pour some of the Raisinets on top of the popcorn and grab a handful of both. Heaven.

In what way(s) do you think film has the power to transform the world?

In so many ways. Through film, we feel and we empathize with others and their plights; we connect deeply emotionally — not just rationally; we put our lives in perspective; we dream of worlds we didn't know existed, and we set our imagination free. I believe films speak in a language that can’t really be translated. How do you express a moment that is created by photography, editing, acting, art direction, music — everything that goes into making a film — in any other way? Those ideas, untranslatable in any other medium, have a deep effect on people, and I believe that those visions can point us towards something we may never have felt or thought in quite the same way before.

What excites you most about the film industry at this moment?

I think that, as the industry shifts in this age of alternative platforms, what matters most still stands out above all other things: the recognition of the vital importance of singular and original visions. That is what I always focused on as a producer, and I am energized by the fact that great films are now as recognized as ever. Now more than ever I believe quality and original vision are things that audiences crave and that will always be valued.

What is your earliest film memory?

Maybe baby Bambi wobbling and struggling to get up on his feet for the first time, and then this terrible feeling when his mother dies.

What is your favourite Festival memory?

My best TIFF memory is probably our screening of Jim Simpson’s film The Guys, with Sigourney Weaver and Anthony LaPaglia. It was a film I produced with my husband, and it’s about 9/11. My family lived and worked blocks away from the twin towers in 2001. Somehow we were able to shoot and finish the film in time for Toronto the next year, and we premiered the film at TIFF on September 11, 2002. It was a very moving experience — all the more moving because we felt that the Toronto audience was with us all the way.

And, of course, the quintessential TIFF Staff question: what is your absolute favourite film of all time?

It’s so hard to answer this question. So many favourites… I would say, "What have been the most meaningful films at different times of my life?"