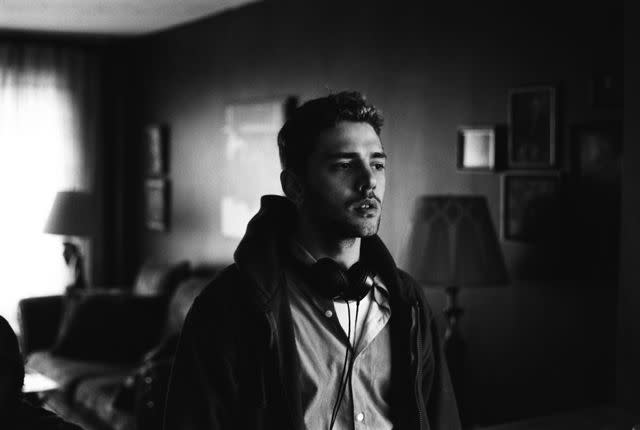 What Blink-182, Moby, Counting Crows, and Dido can do for an auteur

Towards the first act break of Xavier Dolan’s new film It's Only the End of the World (Juste La Fin Du Monde) (playing January 20 and 21 as part of Canada's Top Ten Film Festival), a highly charged piece of melodrama about the kind of emotional turmoil only your family can put you through, a brother and sister sit in their childhood bedroom. It’s a quiet, reflective scene, in which the character of Suzanne (the younger sister, played by Léa Seydoux) laments exactly how her estranged, successful brother Louis (Gaspard Ulliel) left them all behind. The song knowingly backing this tenuously guarded — and at times wistful, volatile and sexually charged — exchange? “I Miss You” by Blink-182.

As an artist, Xavier Dolan makes choices designed for maximum emotional impact. The Québécois auteur — who is young, brash and visionary in the way only Québeéois filmmakers can be — makes films that are built around characters who can’t hold back their feelings. His protagonists feel and bruise and ache past their breaking point, particularly lashing out against their mothers. So it makes sense that Dolan crafts soundtracks for his characters’ tortured worldviews. Songs for secret iPod playlists and clandestine queer makeout sessions, for “fuck you’s” and “please forgive me’s," for dance parties that could set the world on fire. Juste La Fin Du Monde is, in many ways, a classical living room drama. (Like Dolan's Tom At The Farm, its source material is a very famous French play.) Yet it’s Dolan’s bizarrely idiosyncratic song choices (which include O-Zone’s “Dragostea din tei” and Moby’s “Natural Blues,” with that “oh lordy, troubles so hard” chorus) that show his real authorial vision.

A child of the ‘00s, Dolan’s Dance Mix ‘95-indebted soundtrack runs through his signature obsessions with childhood, heartbreak, fractured families, and regrettable Grindr hookups. Let’s backtrack to the TIFF ‘14 film Mommy, a film infamous for its 1:1 Instagram aspect ratio that also functions as a mixtape for normcores. (Amongst the tracks, Dido’s “White Flag,” Sarah McLachlan’s “Building A Mystery” and Simple Plan’s “Welcome To My Life.”) I gasped with recognition when I first saw a clip of star Antoine-Olivier Pllon wrestling with a shopping cart, scored to the Counting Crows’ “Colorblind,” best remembered for a scene in Cruel Intentions where Reese Witherspoon loses her virginity to her future ex-husband Ryan Phillippe. An achingly beautiful sequence with a blinding primary colour palette that’s raw, performative, and strange (“Who’s your daddy?” screams actor Antoine Doinel, as the camera spins in 360 degrees), Dolan’s oh-so-wrong song choice suddenly felt sublime. (To be fair, I’m still waiting for what he does with “Santeria.”)

The true kétaine centerpiece of Mommy is a riotous dance scene featuring Pilon and the film’s leading ladies Suzanne Clement and Anne Dorval, set to Celine Dion’s “On Ne Change Pas.” The kitsch guardian of Québécois culture, Dion and Dolan were made for each other. The scene begins with a son feeling up his own mother’s breasts (don’t worry, she swats him away!), Dorval screaming out the lyrics like her life depends on it, and the hypnotic swerving of a makeshift family’s hips during an impromptu kitchen party. Not only does this song choice make the scene, it makes the movie.

In his previous work, Dolan found inspiration in the music played at house parties and lofts of a mid-aughts Mile End. It’s a time and place I’m already nostalgic for, where anthems like The Knife’s “Pass It On” (scoring a strobe-lit signature dance scene in Les Amours Imaginaires, which also featured House of Pain’s “Jump Around” and Fever Ray’s “Keep The Streets Empty For Me”) feel achingly familiar to anyone nursing a bad crush and a vape. As the film’s protagonists (played by Monia Chokri and Dolan himself) park themselves on a couch and smoke, eyeing the boy with the Botticelli hair across the room they both desperately want to sleep with, the sequence basically sums up how I spent all of college (and most of my twenties, TBH). In Dolan’s 2009 debut J’ai Tue Ma Mere, another ‘00s dance song is the catalyst for millennial angst. Here it takes form in Crystal Castles’ languorous “Tell Me What To Swallow,” as two boys indulge in their first heated makeout on yet another dance floor. Shot in slow-motion, lit by pulsating lights, the scene is all hair and raised fists and lips curving into a kiss. Here, Dolan zeroed in on what would soon typify his oeuvre: youth in revolt, youth in heat.

None of this is more apparent than in a climactic montage in Mommy, scored (ambitiously, deliriously) to the 1995 Oasis megahit “Wonderwall.” It shows the film's mother, son, and their neighbour across the street getting their life together and becoming a family. Most notably, a soaring riff by one Noel Gallagher becomes the call to action when the stifling 1:1 aspect ratio suddenly gets “opened” up by Pillon’s outstretched arms, reaching towards the camera. Call Xavier Dolan histrionic, call him indulgent, but never has a song so badly played on guitar in a million dorm rooms, suddenly felt otherworldly. Only months later, he would direct the music video for Adele’s “Hello” in a sepia palette with a flip-phone as a pivotal prop. The first music video to be filmed in IMAX, Dolan’s vision blended the overwrought romance of Celine Dion with a ‘90s Guess commercial aesthetic and the baroque hand-acting of Barbra Streisand. It’s pretty much perfect. 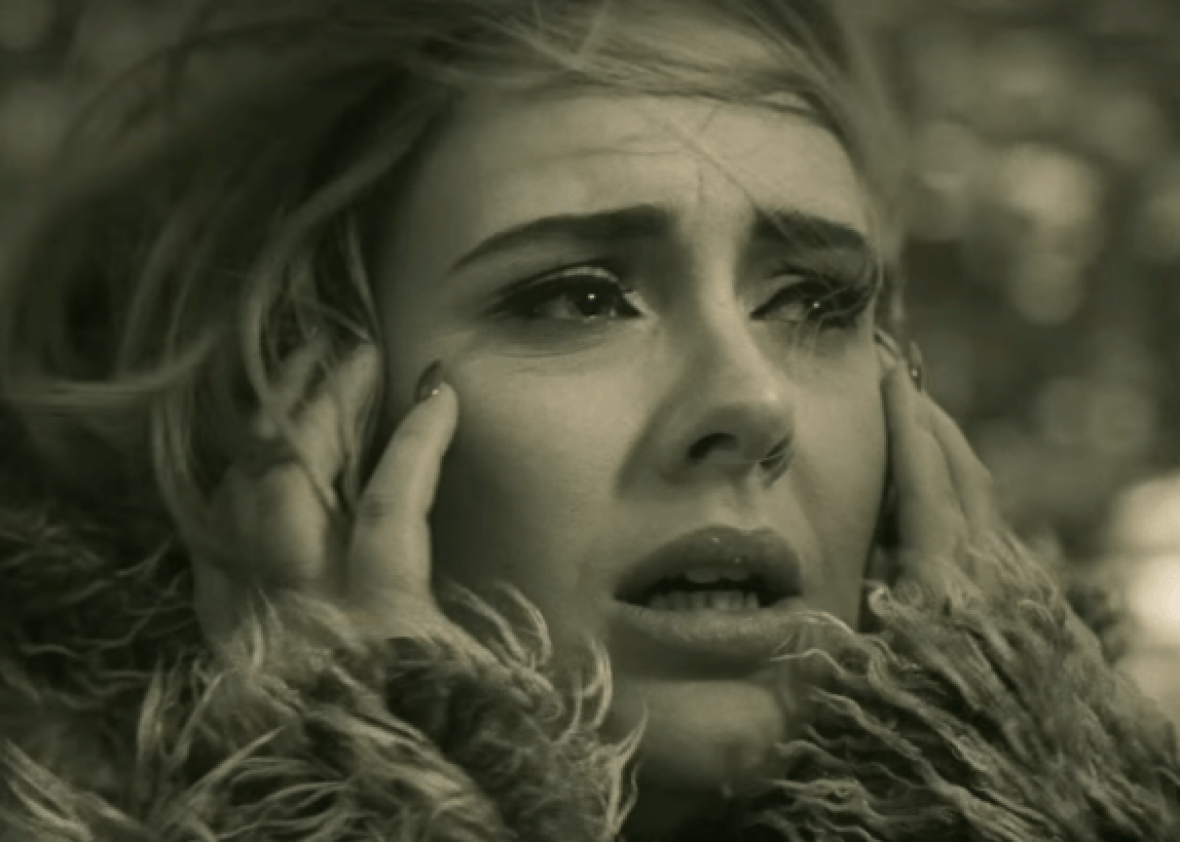 For me, Dolan’s song selections serve a dual function. There’s nostalgia, sure, for these weird anthems first heard on TRL and on the multiple Women & Songs anthologies I once purchased at Starbucks. Suddenly used in a modern-day context, they can’t help but provoke your emotions. But there’s also the added value of feeling nostalgic for nostalgia itself — a key foundational trait for the way millennials filter their experiences through Buzzfeed listicles and pop culture screengrabs on Tumblr. The deep feeling throughout Dolan’s work (“Loving people doesn’t save them,” is both a quote in Mommy and perhaps his thesis) becomes a relational vector through which we can view our own emotional experiences provoked by cinema. He’s crafting the sounds, lived experiences, and emotions only ‘90s kids can understand. And they’re bigger than life. They’re your Wonderwall.