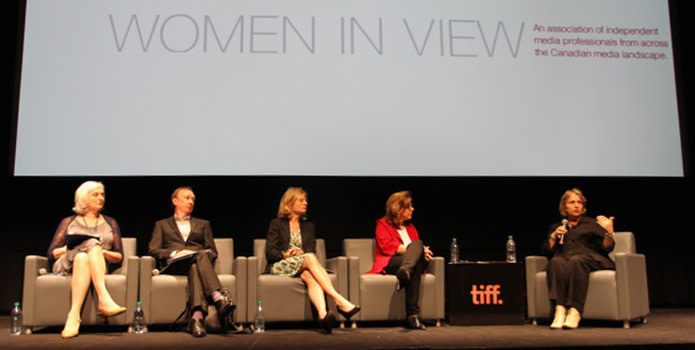 Five media experts discuss the role of women as both content creators and subjects of representation in the film, television and media industries.

Five media experts discuss the role of women as both content creators and subjects of representation in the film, television and media industries.

Responding to recent findings contained in the Canadian Unions for Equality on Screen’s report on gender inequality in the Canadian independent screen-based production industry, five media experts examine how stories about women are told and who is telling them. As indicated in the report and discussed by the panelists, women are an increasingly coveted market, yet representation of female characters in recent top-grossing Hollywood films and television series has steadily declined in recent years. This is made worse by the drastic under-representation of women media creators throughout the industry.

While the report is specific to Canada, the issues it describes have a global impact on the representation of women in the media. As such, each of the panelists weighed in on what is to be done about this inequality, and what proactive media initiatives could be undertaken to rectify it. Other topics included: diversity among women media creators, the sexualization of women and girls, and how television ratings and box-office reports influence media representations of women.

In partnership with Women in View, this Higher Learning event was held on June 4, 2013 at TIFF Bell Lightbox.