Wavelengths 2016 Will Expand Your Brain

Those who fall asleep in a cinema, dare to dream

During TIFF in 2010, I found myself at the AGO’s Jackman Hall. The occasion was the premiere of James Benning’s film Ruhr, which was screening as part of Wavelengths, TIFF’s experimental program. Benning, then unknown to me, is a living legend, an innovator in the festival circuit for decades, and Ruhr was his first foray into digital filmmaking. Everyone in the audience seemed excited and a little bit nervous about what was about to unfold. I would later learn that this is what distinguishes Wavelengths from the rest of the festival. There’s an element of the unknown when embarking on an experimental film, a sense of adventure, or even risk. When the opening title appeared, one man brought out his phone to take a picture. Tensions were high enough that another man darted to forward to tap him on the shoulder. (“Inappropriate!” he hissed.) Then, the movie started.

Even for someone with precious few expectations of Benning (I considered myself a cinephile back then, but didn’t have much exposure to the festival scene), what passed onscreen for the next two hours was completely unexpected. The film consisted of shots that felt incredibly, almost immeasurably, long. The camera would be placed in a single location – a tunnel, a forest, a mosque – and would remain there for 10 or 20 minutes, sometimes longer. One shot lasted almost an hour – as I recall, it was just two big smokestacks. Early on, you could see a few people in the audience starting to squirm. Others, including both of the men who’d been arguing over the phone, fell asleep. But then, something strange happened. Everyone – sleepers and squirmers alike – settled in. If you opened yourself up to it, the film could hold your attention. In one shot, you might notice the way a leaf was blowing in the foreground for a few minutes. In the next, the way a car passes through a tunnel.

I found myself tuning into the workings of my own brain in a way that I’d never done before. The way it made associations, coughed up memories, produced little theories, or just witnessed what was going on. With so few transitions and images to process, my mind had more time to… pay attention. All of a sudden, the anxious vibe at the beginning of the movie felt like an omen. Benning had given us all a crash course in being present. Even in watching two chimneys belch out smoke for an hour, I felt as though I’d learned something – gone through something – that I would carry with me afterward.

As he explained in the post-screening Q&A, Benning, a weathered-looking man with soulful eyes, teaches a course in “looking and listening." Obviously, his film had taught that, too. I left the theatre with the feeling that my neural pathways had been remapped. The experience of watching Ruhr followed me outside. My mind was altered and now I understood the buzz around those waiting for the film to start.

Having had a chance to preview some of the current films in TIFF 16’s Wavelengths line-up, I experienced a similar feeling as watching Benning’s film in 2010. It’s this programme, curated for the last decade by Andréa Picard and consisting this year of four short films series, 15 feature films and several film-based art installations, that shake up your perception in a way that feels profound. This kind of formally-daring filmmmaking offers a return to the elemental beginnings of the form, the way you imagine the earliest viewers felt when the moving image was a new and miraculous technology. In this sense, Wavelengths connects film to its roots, while pushing it forward into the future. 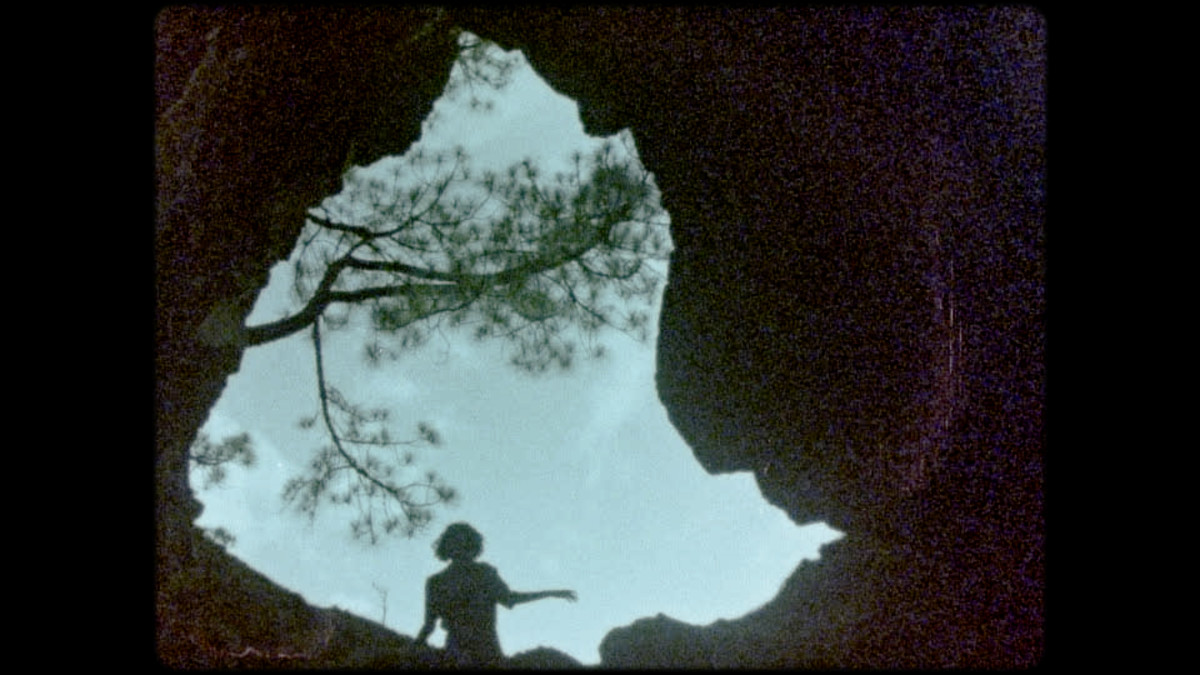 Wavelengths 1: The Fire Within

The first of the shorts programs (curated with female filmmakers in mind) is perhaps the liveliest. Laida Lertxundi’s 025 Sunset Red is a dizzying and provocative collage of Communist iconography, abstract red paint drippings and guitar performance. A powerful film by Ana Mendiata, the Cuban artist who died in 1985 (a collection of whose works is also featured as an installation) appears first in the series. 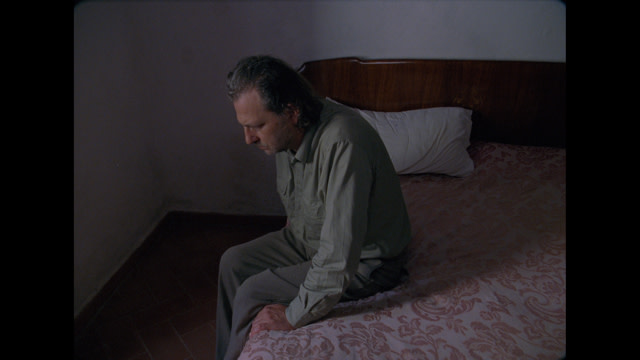 Named after a fragment by the legendary filmmaking duo Straub-Huillet, “Incantati” is a diverse set of shorts, oscillating between films of unrestrained freedom and works of a more reserved nature. Joana Pimenta’s An Aviation Field had me completely floored. Pimenta, a member of Harvard University’s Sensory Ethnography Lab, lets loose with a mysterious and spirited film that links the urban planning of Brasilia with a volcano in Cape Verde. On the more restrained end, Tomonari Nishikawa’s [Ten Mornings Ten Evenings and One Horizon[(http://www.tiff.net/films/ten-mornings-ten-evenings-and-one-horizon/) consists of a beautiful series of 16mm portraits of the bridges near the filmmaker’s childhood home, depicted in both the morning and evening. 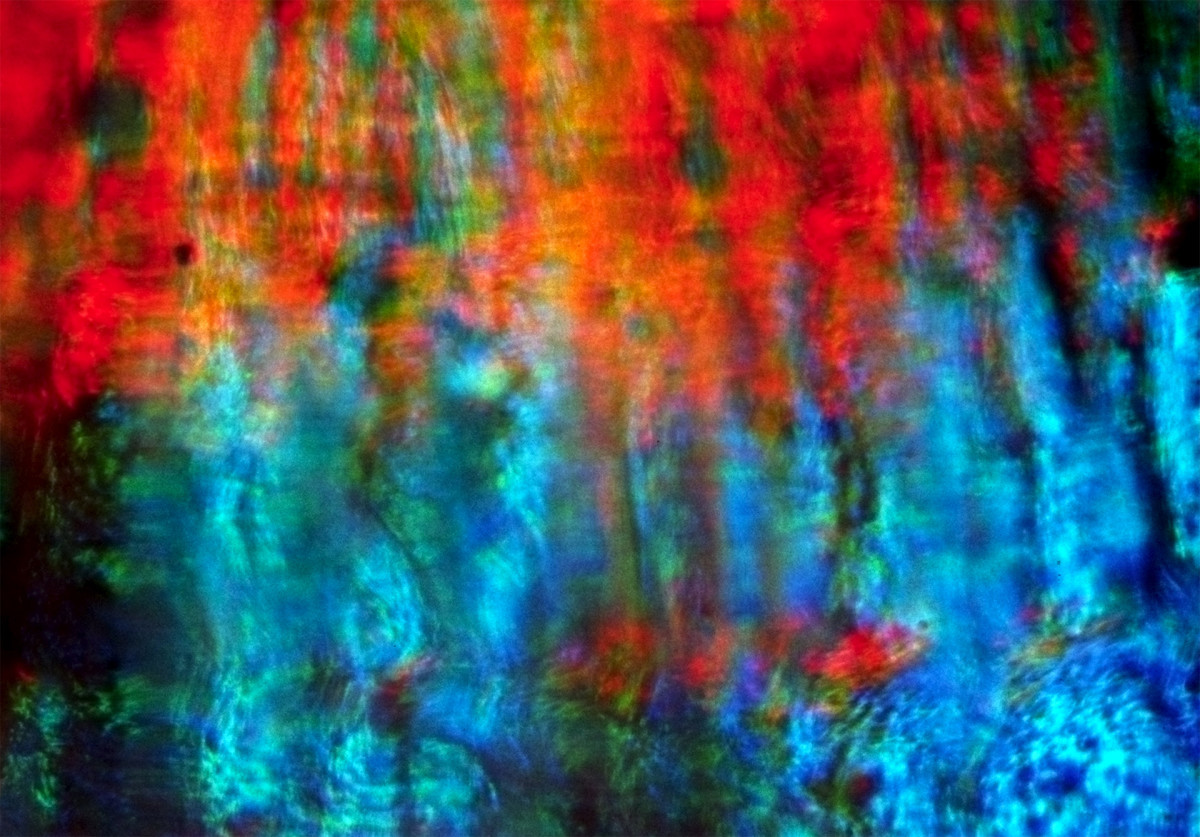 My favourite of the short film series, none of the films in Wavelengths 3 contain actors as such. Still, I’d wager that the recorded conversations in Foyer, the short film by Tunisian artist Ismaïl Bahri about giving over directorial control to the wind, are just as moving as anything in the prestige fiction categories. Also featured is a terrific film about signage by Nina Könnemann, titled What’s New. Yes, signage! 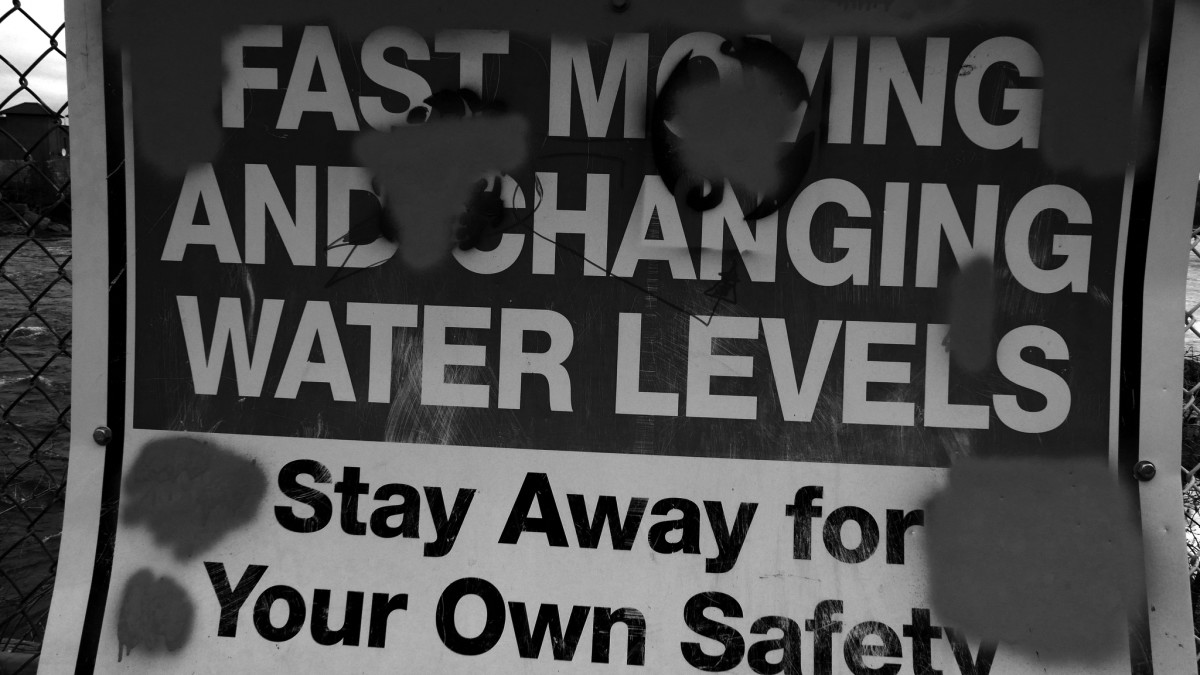 The most challenging set of short films, Wavelengths 4 also feels the most important. Janie Geiser’s Flowers of the Sky starts things off with a beautifully and mysteriously layered film about the obscure world of the freemasons, setting the mood for the darkly political works that follow. Afterward, belit sag’s essay film Ayhan and me expertly comments on its own censorship at the hands of Turkish authorities, while James N. Keinetz Wilkins delivers a wry and self-reflexive monologue in which a movie pitch is offered, backed away from, and then commented upon, in Indefinite Pitch.

The Wavelengths programme also consists of 15 long-form, daring features from around the world. There’s an equal embarrassment of riches here. 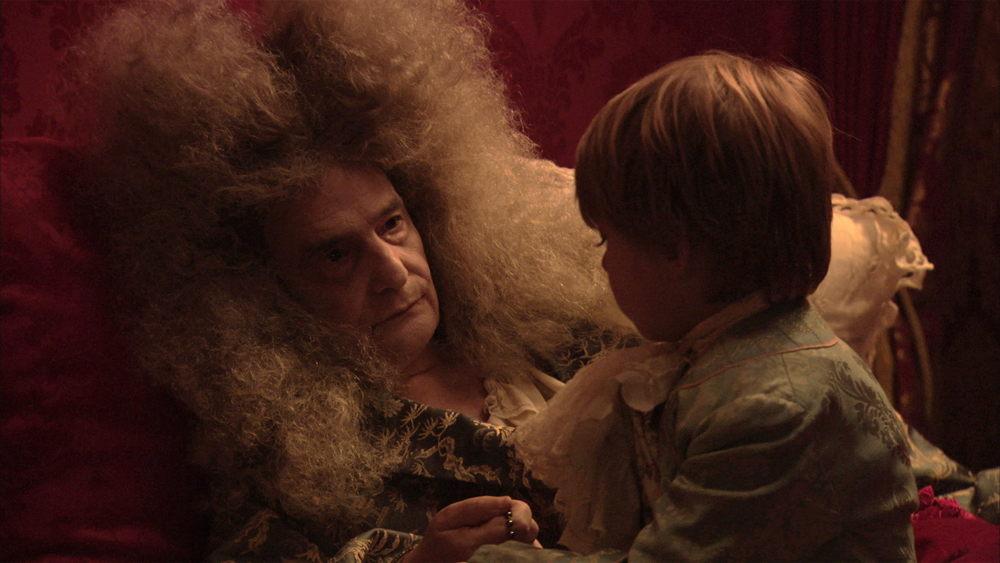 The Death of Louis XIV, Albert Serra’s film, winner of the Prix Jean Vigo in France, is about the final days of the most beloved monarch in French history and stars French New Wave icon Jean-Pierre Léaud. The cinematography is beautiful, reminiscent of a Rembrandt painting, and the costumes - and wigs! - are utterly splendiferous. Partially inspired by the sumptuous excesses of German auteur Rainer Werner Fassbinder, Serra’s film is a powerful evocation both of extreme privilege and the limits therein. A king must always drink from his finest crystal goblet, but what good does it do him when he’s dying of thirst? 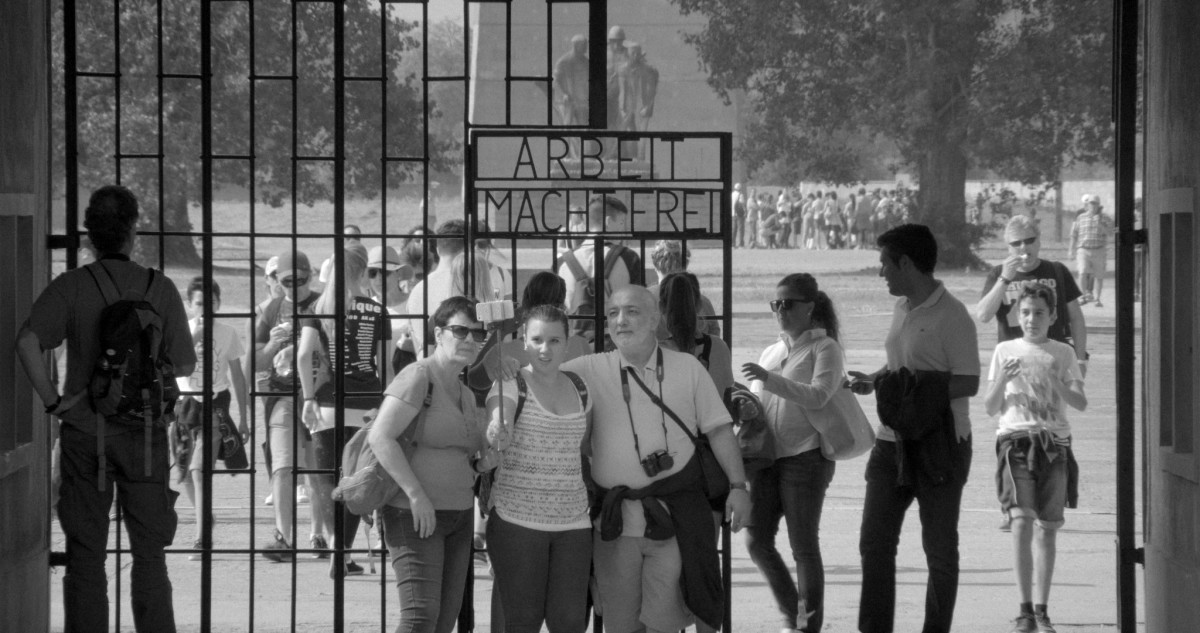 Austerlitz by Sergei Losnitza is a film in the Benning mold: a series of static shots of tourists wandering around Nazi concentration camps. This film sneaks up on you with big questions about the status of monuments as a site of memory, whether evil can be understood by visiting its old haunts, and how remembering is action best performed. As I left the preview screening, I overheard someone muttering the age-old movie diss: “Well, that’s two hours I won’t get back.” But don’t listen to him – this film is profound. Plus, it’s only 94 minutes!

The Ornithologist by João Pedro Rodrigues is a surreal and thoroughly modern exercise in backwoods horror, like Deliverance with texting and a fiberglass kayak. It’s exquisitely paced, brutally funny and constantly surprising. Warning: after watching this film, you may never want to embark on a solo birdwatching expedition in the Portuguese wilderness. 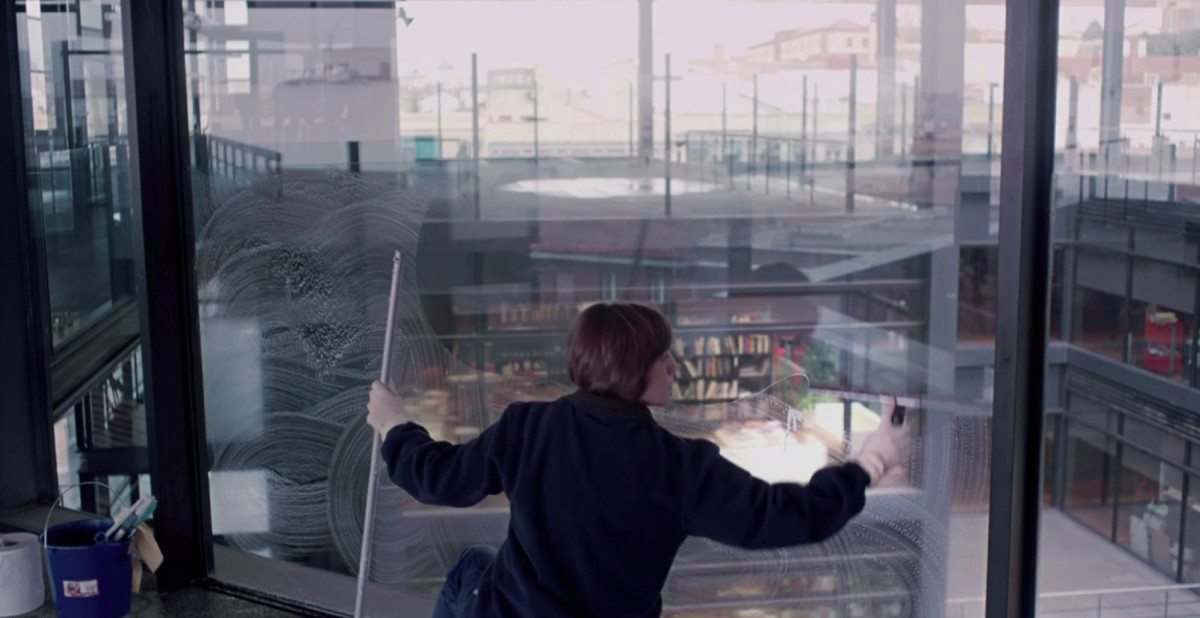 General Report II: The New Abduction of Europe by Pere Portobello is a stimulating state-of-the-union-style documentary about Europe in the 21st century from a Spanish perspective. Weaving together roundtables and footage of social unrest, the film tackles inequality, austerity, citizenship, global warming and features a huge cast of activists, academics and thinkers. Another tick in the pro column: completed pre-Brexit, it blessedly avoids any footage of either Boris Johnson, or Nigel Farage.

I Had to Nowhere to Go by Douglas Gordon promises to be a fascinating and moving experience for fans of experimental icon Jonas Mekas. 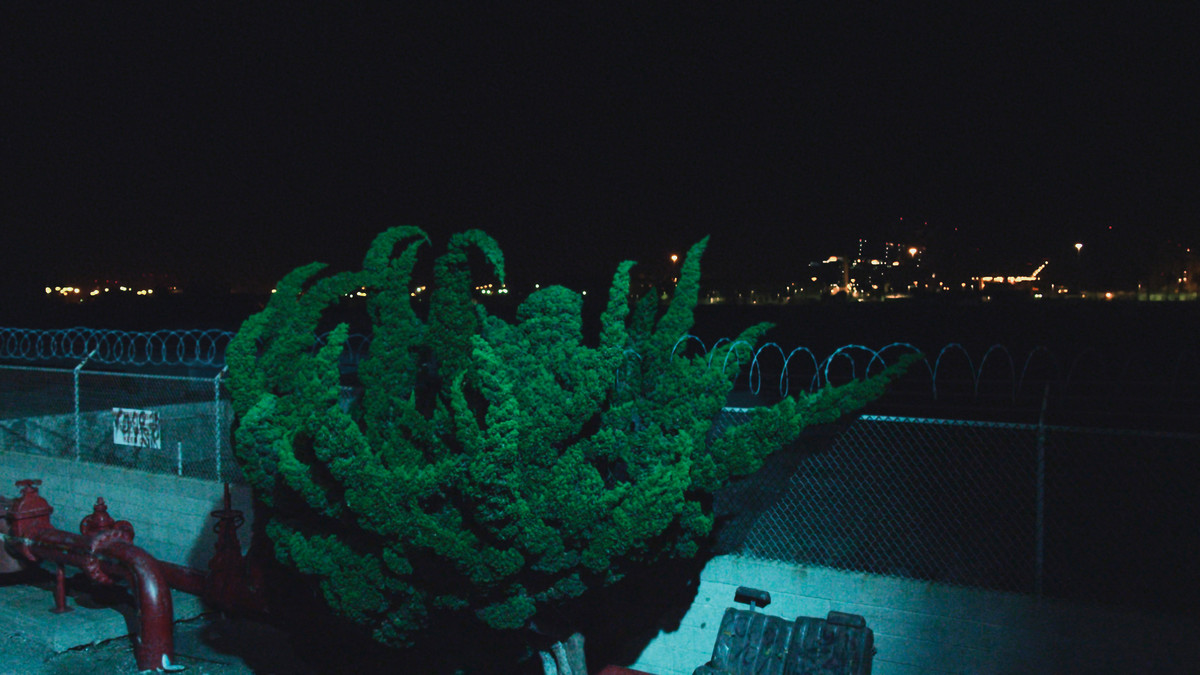 Finally, the Wavelengths art installations (all of them free) promise to be equally unmissable, with works by Cyprien Gaillard (Friday, Sept. 9, 3:30pm at the TIFF Bell Lightbox), Albert Serra (playing Sept. 9 to 17 at 99 Sudbury St.), a retrospective of the films and photographs of Cuban artist Ana Mendieta (running Sept. 8 to 18 and beyond at Contact Gallery, 80 Spadina, suite 205), and a film installation by American artist Sharon Lockhart (running Sept. 8 to 18, Gallery TPW, 170 St. Helens Ave.).

In reflecting on Wavelengths, I’ve come to conclusion that one of the key tools in approaching these films is the question: “Why not?” As in: why not a film that painstakingly recreates the final days in the life of a French king? Or, why not make a movie in which the wind decides what happens to a piece of paper covering the camera? In my experience, the question does wonders, for your mind both inside and outside the movie theatre. To those embarking on their first screenings at Wavelengths, I bid you a happy festival and a sincere… why not?

Bob Kotyk is a writer and filmmaker living in Toronto. He co-wrote The Forbidden Room, directed by Guy Maddin and Evan Johnson, which appeared at TIFF as part of Wavelengths in 2015.