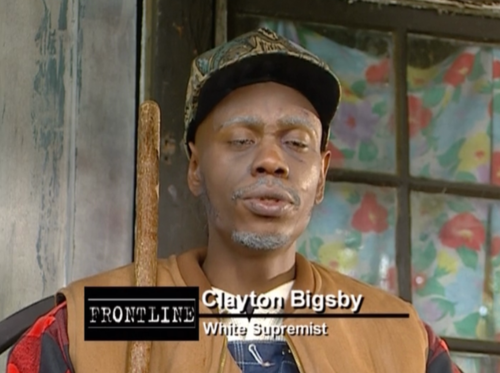 I’ll be the first to admit it: I have an aversion to eating watermelon and actually enjoying it in public. And maybe deep-fried chicken too. And it has little to do with the overrated antioxidant properties in the former, or the cholesterol-clogging features of the latter. Is this one of those Black things that you wouldn’t understand? Perhaps. All I know is that the act of publicly devouring a seemingly innocuous fruit or snacking on a greasy fowl is mildly triggering, as ridiculous as it sounds.

I remember seeing some white boys near tear apart the bone marrow on some Kentucky Fried Chicken scraps this summer in the food court of Toronto’s Eaton Centre, and there was not a whiff of concern from me. By the time I hit my twenties, I surmised that my ambivalent attitude towards any Black person openly sinking their chompers into these very specific culinary treats had more to do with the crude racial stereotypes foisted upon Us by bigoted broadcast and advertising executives over the years than anything else. And hypothetically speaking, if I were ever to get a nasty urge to sneak out to any one of the two downtown Toronto locations of Dirty Bird Chicken + Waffles and order one of them boneless quarter-leg or three-piece white meat tenders with extra sauce, I’d be doing it on the low.

Ever wonder what kind of warped discriminatory thinking might have gone into creating Uncle Ben’s rice or Aunt Jemima’s pancake mix? As an innocent child lapping up this stuff for breakfast and dinner in the ’80s, I just didn’t have the vocabulary to be able to properly digest why these two Black characters staring back at me on these colourful boxed-food items looked like jovial servants or contented domestic workers. Where exactly did these awful racial stereotypes come from? 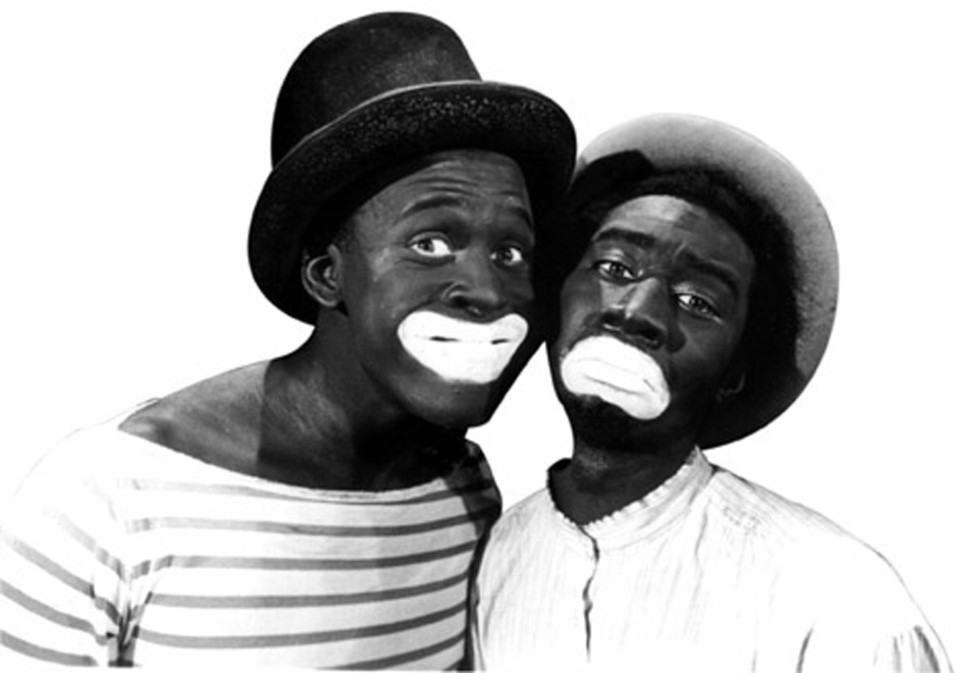 Marlon Riggs’ Ethnic Notions illuminates this dark cloud that unconsciously hovers over some Black people’s lives, essentially laying out, in chronological order, the laundry list of stereotypes that Black folk have been trying to rid themselves of for decades. Taking the viewer “from plantation to popular culture,” Riggs’ film masterfully outlines how certain messages tied to how we move, live, work, and what we supposedly like to eat became so enduring, and how Aunt Jemima and other heavily marketed products of a similar ilk came to represent a not-so-subtle, mainstream-popular-culture normalization of images of Black servitude.

There is not enough space in this column to tally up the plethora of TV advertisements and Hollywood films that feature Black characters in servile roles, and trying to figure out how they got there is ultra-complex, dicey, and contradictory. On the one hand, there were and are still so few honourable parts available to the masses of Black actors, across gender lines (there are probably bushels upon bushels of other capable African American leading men besides Denzel Washington, Will Smith, Samuel L. Jackson and Laurence Fishburne that can put in work, right?), and the bills had to get paid somehow, if one had dreams of becoming a master thespian. But what is truly disturbing is that, to this day, Hollywood remains obsessed with funding, producing, and rewarding films with themes tied to Black subservience.

Hattie McDaniel in Gone with the Wind

The first ever Academy Award handed out to an African American entertainer went to Hattie McDaniel, who won the Best Supporting Actress Oscar for playing the role of the happy, hard-working servant Mammy in Gone with the Wind (1939). While watching clips of her performance today is truly cringe-inducing, some of the less activist-minded liberal set might dismiss some of the critiques hurled at the film and McDaniel’s involvement in it, chalking it up to films being a mirror of the time in which they are made (never mind the fact that McDaniel was taken to task by African Americans for her participation in the film). But exactly five decades later, there was Driving Miss Daisy (1989) beating out Spike Lee’s masterpiece Do the Right Thing to take home the Best Picture Oscar — much to the chagrin of many Black viewers, who were horrified by Morgan Freeman’s role as a crafty yet willing domestic worker to Jessica Tandy’s wealthy white female septuagenarian. (And guess which of the stars took home an acting Oscar for the film.) 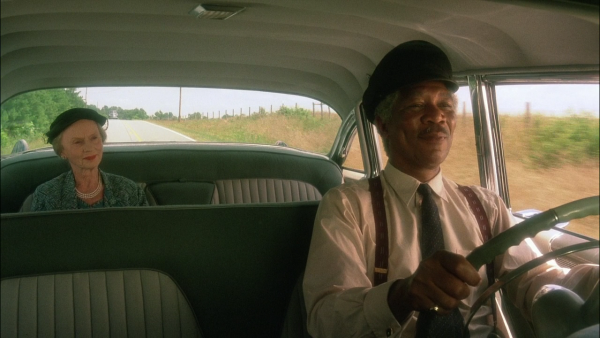 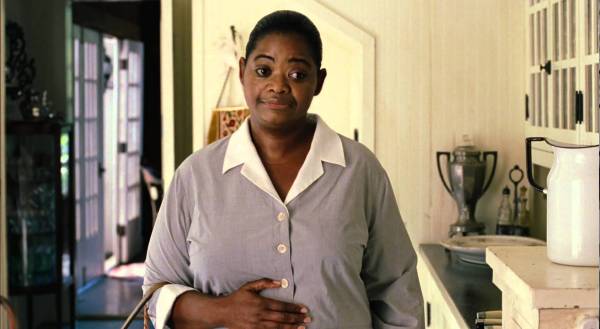 Octavia Spencer in The Help

And still others of this Gen ain’t trying to engage The Help (2011) too much, the film where Octavia Spencer won a Best Supporting Actress Oscar for her portrayal of a maid. It’s true, a change is gonna come, and in some ways has (#barackobama), but I’m still tempted to regard something like the success of the stellar, Academy Award-winning Moonlight as an anomaly; I’m waiting to see more of a pattern of Black films that have nothing to do with slavery or Black servitude getting greenlit by Hollywood. 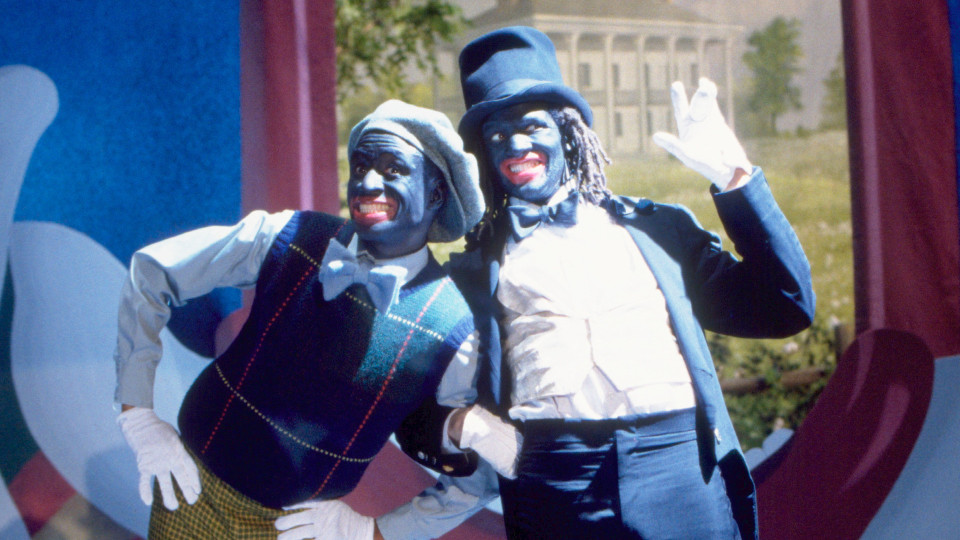 Where Spike Lee, in his satire Bamboozled (2000), hit audiences over the head with an anvil to drive home the magnitude of Black exploitation in cinema, Riggs’ documentary takes a more measured approach to addressing what are essentially the same issues: the limited work opportunities for Blacks in cinema and television, the misrepresentation of Black bodies on screens, and the lack of Black creative input and decision-making authority behind the scenes. The participants and interviewees in Ethnic Notions, largely consisting of a wide range of Blackademics, suggest that when we are better able to understand some of the stock, white-created cinematic characterizations of Black people dating back to the early 1900s — the docile, happy-go-lucky “Sambo,” the inarticulate and buffoonish “Coon,” the heavyset, headwrap-wearing “Mammy” who is unquestionably loyal to her white master and mistress, etc. — we will begin to have a far greater understanding of how contemporary representations of Black people on screen continue to reflect Hollywood’s unending obsession with Black servitude.

For those attuned to contemporary North American Black popular-cultural output, the “Uncle Tom” — a name derived from that of the self-hating title character of Harriet Beecher Stowe’s Uncle Tom’s Cabin, and used to refer to a Black person who intentionally divorces themselves from their own people as a means of becoming more socially accepted in the non-Black community — has become perhaps the most frequently referenced of these archetypes, a target of both fury and comedy. But even as we can be amused by such fictional creations as The Boondocks’ Uncle Ruckus or Clayton Bigsby, the delusional Black KKK member and white supremacist on Chappelle’s Show, Ethnic Notions forcefully reminds us that these clownish figures are the products of wholly intentional and unfortunate histories. 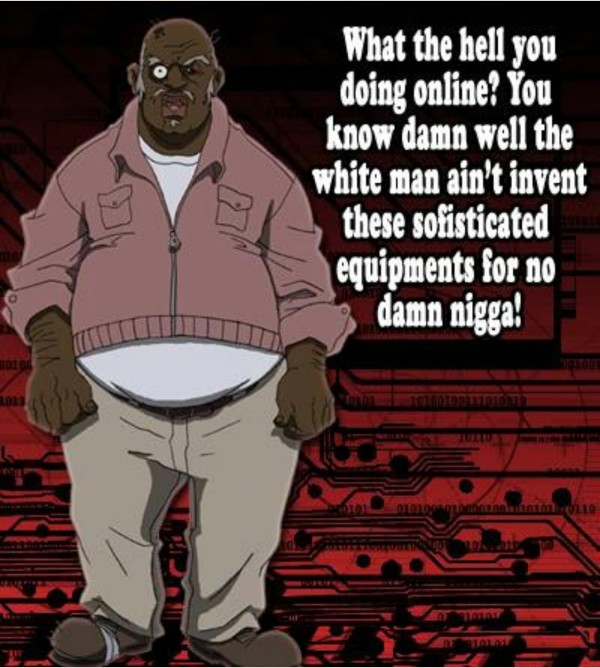 Similarly, even as we roast the real-life versions of Uncle Tom in today’s popular culture on our socials — from CNN pundit Paris Dennard (or any other myopic and directionless Black Donald Trump supporter) to ex-Fox News personality Stacey Dash, who supported n-word-slinging celebrity chef Paula Deen — it’s important to realize that their asinine exploits have deep historical roots.

Paris Dennard explains why Donald Trump is "definitely" not a racist

As a hip-hop documentarian, I feel that it might do some good for Generation Rap to view Riggs’ documentary to better understand why some of today’s Mumble rappers are viewed by critics as modern-day coons, and how said rappers might be unconsciously channelling prejudicial images that they themselves are not quite aware of. Racial stereotypes will continue to hang like an albatross around all of our necks unless we do the knowledge.