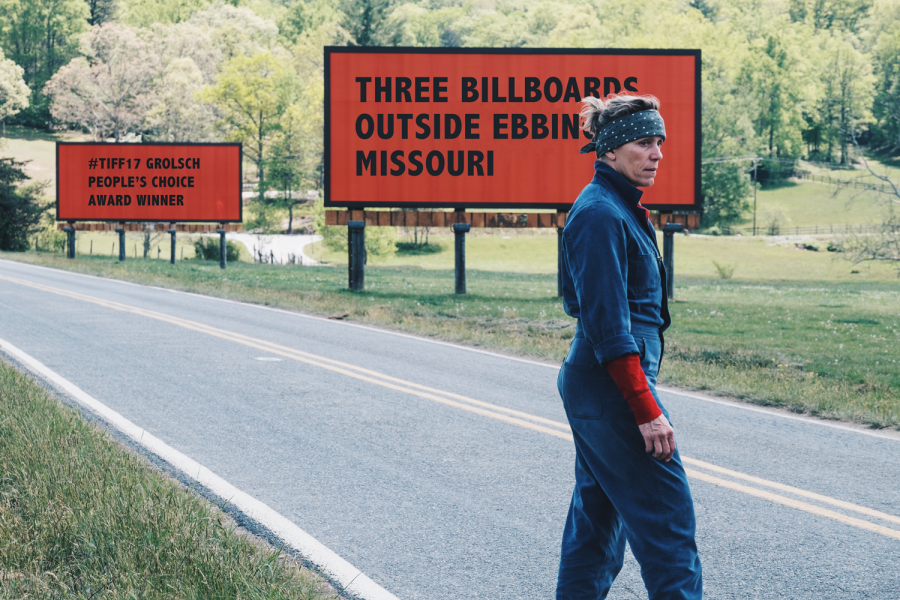 After 340 films in 11 days, this year's edition of the Toronto International Film Festival has come to an end. As always, that means only one thing: It's time to reveal the Grolsch People's Choice Winner. From 12 Years a Slave and Room, to last year's La La Land, through your votes, you have championed films in past years that stick with us — and this year is no exception.

Check out the TIFF Awards Ceremony and full list of winners below. For its third year of the Platform programme of director’s cinema, the Festival welcomed an international jury comprised of Chen Kaige, Malgorzata Szumowska, and Wim Wenders.

Winner: Warwick Thornton’s Sweet Country
Jury remarks: “This is a spiritual epic taking place in 1929 in Australia’s Northern Territory. It is a great saga of human fate, and its themes of race and struggle for survival are handled in such a simple, rich, unpretentious and touching way, that it became for us a deeply emotional metaphor for our common fight for dignity.” Speaking about their deliberations, the Jury statement added: “We saw twelve films from all over the world that took us into very different universes of the soul and to extremely different places on our planet. We were thankful to be able to see these films and we very much appreciated that actually exactly half of them were made by women. TIFF is leading the way, we feel. As we only had one award to give, we had to be quite radical. We also limited ourselves to only one special mention, even if other films might have imposed themselves for best acting, writing or directing.”

Awarding a special mention to Clio Barnard’s Dark River, the Jury said: “This film deeply rooted in the Yorkshire countryside convinced us, as its characters and actors, its photography, its story and its sense of place were all so utterly believable and controlled, that we were totally taken by it.”

New this year, the Festival presents a free screening of Toronto Platform Prize winner Sweet Country at TIFF Bell Lightbox at 8:30 pm on September 17. Tickets will be available on a first-come, first-served basis beginning at 6:30 pm. NETPAC AWARD
Winner: Huang Hsin-Yao’s The Great Buddha+
Jury remarks: “The NETPAC Jury awards The Great Buddha+ for depicting the interface between the haves and have-nots, with black humour and style, innovating with noir in representing the social reality of Taiwan today.” The short film awards below were selected by a jury comprised of Marit van den Elshout, Johnny Ma, and Chloé Zhao. IWC SHORT CUTS AWARD FOR BEST SHORT FILM
Winner: Niki Lindroth von Bahr’s The Burden (Min Börda)
Jury remarks: “Whimsical but tragic, imaginative and just plain weird, this is exactly what one can expect from a Scandinavian musical with fish in bath robes singing out their existentialist crisis. This is a film that stands out in this program and any film program it will ever be part of.”

The Canadian awards below were selected by a jury comprised of Mark Adams, Min Sook Lee, and Ella Cooper. CANADA GOOSE AWARD FOR BEST CANADIAN FEATURE FILM
Winner: Robin Aubert’s Les Affamés.
Jury remarks: “A hybrid art-house film that proved to be something of a revelation. Wonderfully scripted and perfectly cast, this film managed the rare feat of featuring genuinely interesting and well-rounded characters; surprising dramatic and comedic moments with well thought-out multi-generational female roles (who were totally badass) while also dealing with poignant and contemporary issues, set against a striking rural backdrop and hundreds of ‘ravenous’ zombies.”