Are podcasts primed to become the next major generator of Hollywood source material? 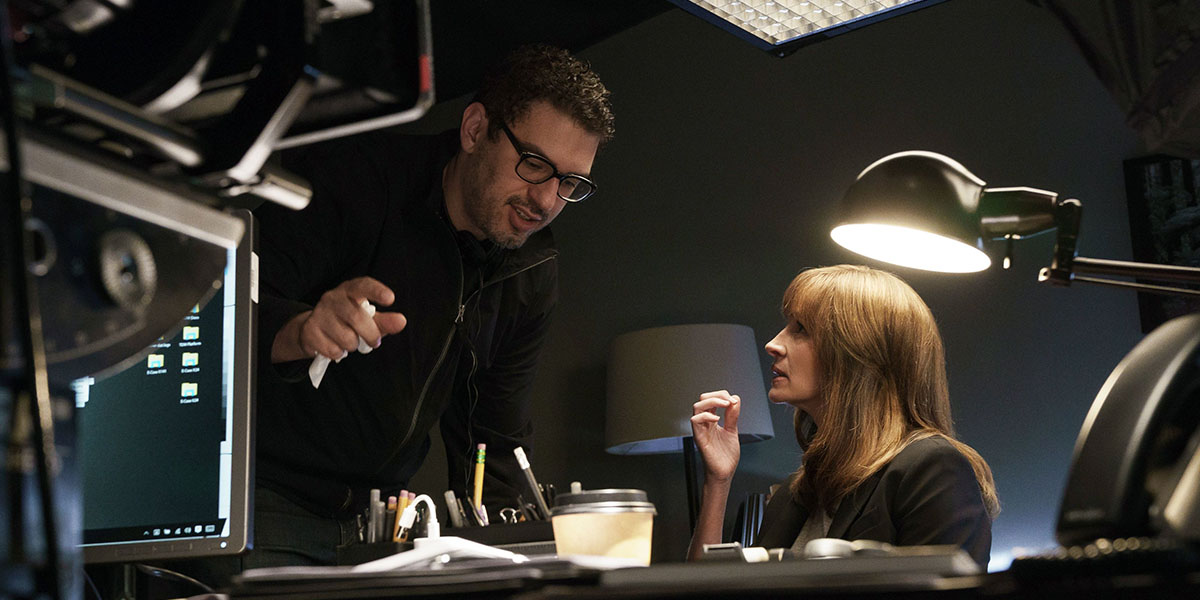 This week on TIFF Long Take, Rob and Geoff sit down with television writer, director, and producer Sam Esmail. Best known as the creator of the hit series Mr. Robot, Esmail recently directed all 10 episodes of Homecoming, an adaptation of the extremely popular podcast created by Eli Horowitz and Micah Bloomberg. The series — the first four episodes of which had their world premiere at TIFF 2018 — debuted on Amazon Prime Video last weekend and stars Julia Roberts, Stephan James, and Bobby Cannavale.

Esmail talks about why he was initially reluctant to adapt Homecoming, the classic thrillers that inspired his vision for the show, and why he thought the series was suited to half-hour episodes.

He also talks about the TV shows that are currently inspiring him, whether the amount of TV currently being produced is sustainable, and what he thinks has elevated television to a higher art form in recent years.