The Walkie-talkies were a Mistake 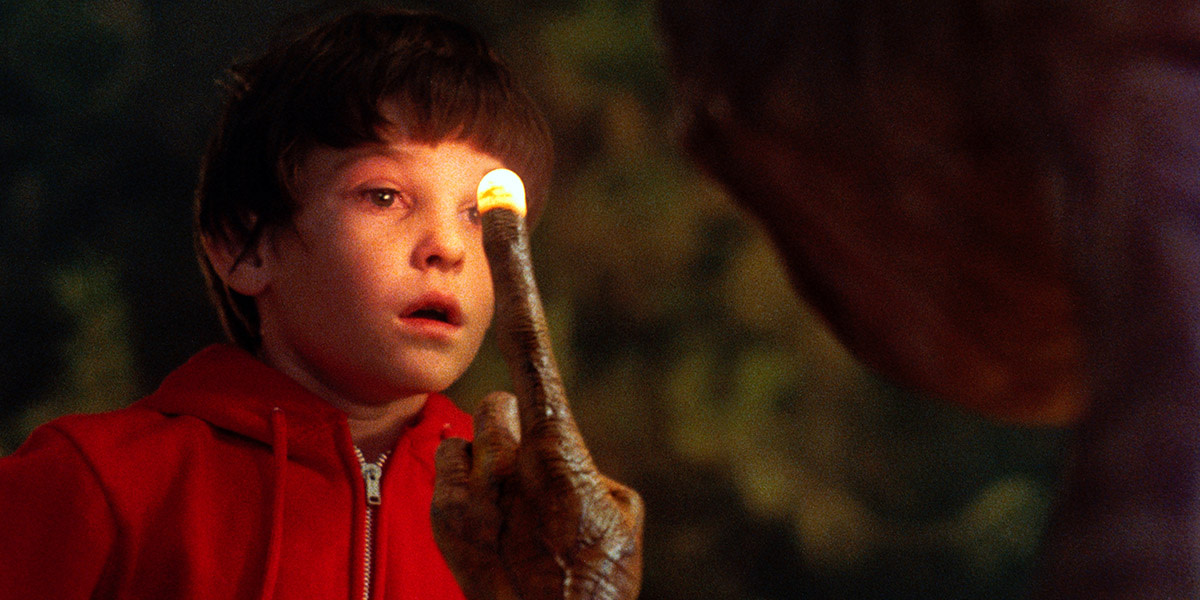 The Walkie-talkies were a Mistake

E.T.: The Extra-Terrestrial is 35 years old and doesn’t need a facelift

E.T. phones home for the holidays this December 23 to January 6 with Magnificent 70mm projections of the Steven Spielberg classic in Cinema 1. Tickets are now on sale!

This past summer, Sony launched “Clean Version,” an initiative that provides on-demand access to select films that have had scenes of profanity, violence, or sexuality edited out from their theatrical versions. These cuts allow Sony to bypass third-party editors on the broadcast level, maintain control of their own intellectual property, and double-tap the market by selling kid-friendly alternatives of the profanity-laden films that you already love.

The “Clean Version” announcement came at a particularly amusing time: namely, the 35th anniversary of E.T.: The Extra-Terrestrial, which has a storied history with kid-friendly edits.

After the blockbuster successes of Jaws (1975), Close Encounters of the Third Kind (1977), and Raiders of the Lost Ark (1981), director Steven Spielberg sought to scale down for his next film. Looking to his own childhood for inspiration, and the memory of an imaginary friend that he had created after his parents’ divorce, Spielberg conceived his now-classic tale of a gentle alien stranded on Earth who befriends a young boy in suburban California.

READ:
“20 Things You Might Not Know About E.T.”
by Sean Hutchinson for Mental Floss

Shown out of competition at the 1982 Cannes Film Festival, E.T.: The Extra-Terrestrial received a 15-minute standing ovation, and more accolades (and record-breaking box office) followed as the film was released theatrically in the summer.

But not everyone was enamoured by Spielberg’s Reese’s Pieces-loving alien scamp. The disturbing scenes of government agents pursuing young children and (spoiler alert) the death (and speedy resurrection) of E.T. were red flags for ratings boards; in January 1983, the Swedish Board of Film Censorship even went so far as to ban the film to children under the age of 11 because it “portrays adults as the enemies of children.”

READ:
“When Scandinavia Banned E.T. for the Under-11s”
by Ryan Lamble for Den of Geek

To mark the film’s 20th anniversary in 2002, Spielberg and Universal Studios announced the release of an extended version of E.T. that would also include altered special effects. The director worked with Industrial Light & Magic — which had provided the updated CGI effects for the “Special Editions” of the original Star Wars trilogy the year before — to modify several shots of E.T. that he originally did not have the time nor budget to perfect, particularly Carlo Rambaldi’s animatronic puppetry.

WATCH:
E.T. and friends cameo in Star Wars: Episode I - The Phantom Menace

While the newly digitized E.T. did draw some criticism, the lion’s share of the trolling was occasioned by Spielberg’s concessions to ratings boards (and parents) regarding the film’s profanity and violence — most notably, the digital replacement of the firearms wielded by the pursuing government agents with walkie-talkies. Peter Travers of Rolling Stone led the chorus of outrage over this sanitizing: “Remember those guns the feds carried? Thanks to the miracle of digital, they're now brandishing walkie-talkies! Is this what two decades have done to free speech?” This mild controversy became so mainstream that an entire episode of South Park was dedicated to denouncing Spielberg and his walkie-talkies in July 2002.

WATCH:
A side-by-side comparison of the "ride in the sky"

In 2011, Spielberg appeared in Los Angeles for a Q&A following a screening of a new digital presentation of Raiders of the Lost Ark (1981), where, inevitably, an audience member asked about the digital alterations to E.T. “For myself, I tried [changing a film] once and lived to regret it,” Spielberg replied. “Not because of fan outrage, but because I was disappointed in myself. I got overly sensitive to [some of the reaction] to E.T., and I thought if technology evolved, [I might change some things]. It was okay for a while, but I realized what I had done was I had robbed people who loved E.T. of their memories of E.T.”

READ:
“Steven Spielberg sorry he made all those changes to E.T.”
by Sean O’Neal for A.V. Club 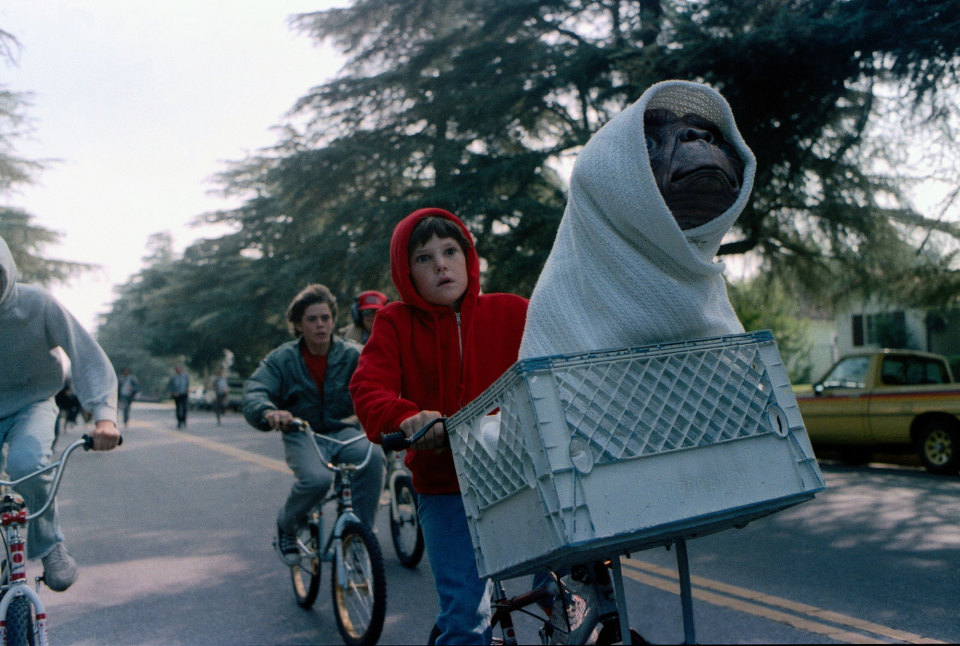 Thankfully for both Spielberg and walkie-talkie haters alike, the original 1982 version of the film was included on the 20th-anniversary Blu-ray.

If you’re looking for something to watch this weekend — after the ‘82 version of* E.T.*, of course — and find yourself perusing Sony’s “Clean Version” catalogue, recall Spielberg’s Photoshop flirtations, and enjoy the delicious bit of irony that is the “Clean Version” slogan:

__E.T.: The Extra-Terrestrial screens as part of Magnificent 70mm this December 23 to January 6. __