Citizen Jane: Battle for the City cements the urban-planning advocate’s legacy as a hero for Toronto and beyond 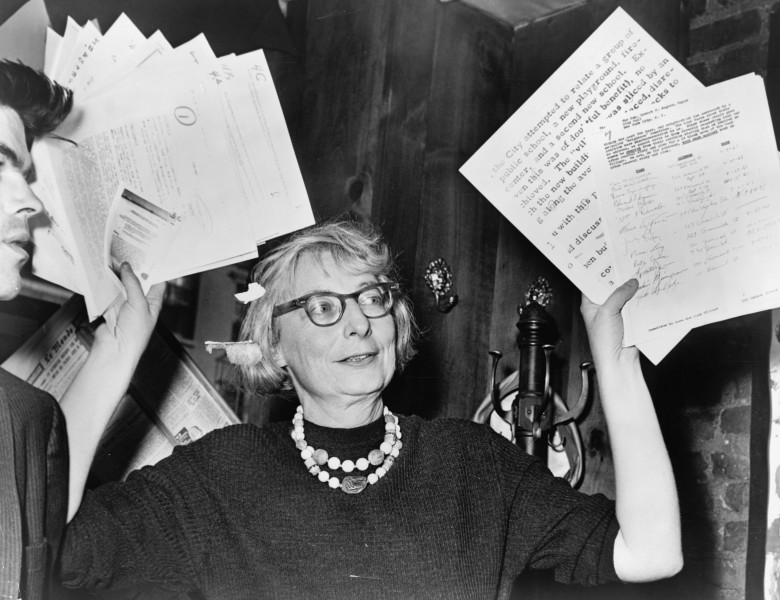 The last screening of Citizen Jane: Battle for the City — the new documentary that premiered at TIFF 2016 and is now playing at TIFF Bell Lightbox — was a society event for urbanists, with a who’s who of city councillors, urban activists, advocates, writers, bloggers, and urban planners present in the theatre. It was reminiscent of the crowd you might find at one of the many Toronto community meetings Jane Jacobs attended during her decades living and working in our city. Even 10 years after her death, Toronto is still very much a Jane Jacobs town.

Jacobs is considered by some to be the patron saint of all things urban. A self-trained journalist, author, activist, and public intellectual, she’s held that status since her book The Death and Life of Great American Cities was published in 1961, when she lived and worked in New York. Citizen Jane: Battle for the City chronicles her long fight with famed modernist urban planner Robert Moses, who, with a near-impossible level of unelected political power and financing, reshaped both New York City and State from the 1930s until the 1960s. So much of the modern New York we know today — Jones Beach, the Triborough Bridge, the United Nations site — has Moses’ fingerprints on them. Yet as Citizen Jane shows, people and entire neighbourhoods were being steamrolled over in the process.

Jacobs had been a critic of Moses since she began writing about him in the late 1950s. The film focuses on his urban renewal plans that would affect Jacobs’ neighbourhood in Greenwich Village: the developer wanted an extension of 5th Avenue through Washington Square Park, and to create the Lower Manhattan Expressway. Both projects would have destroyed large parts of the city in the name of modern efficiency, as Moses’ Cross Bronx Expressway had earlier on. As the film demonstrates so well, Jacobs’ life was both theory and praxis: she wrote about ideas, but took to the streets in the fight for human-centred planning principles. Today, her intellectual presence among people who pay attention to cities is still strong, debated in long-form magazine articles and daily on Twitter everywhere. 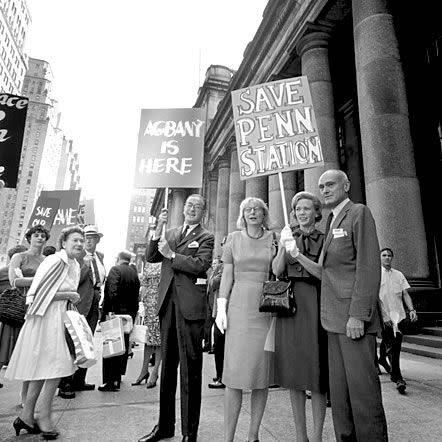 After settling in Toronto in the late 1960s, Jacobs continued to work on an international stage, but also immersed herself in local Toronto issues. Today there’s a plaque in front of the house she lived in, her name is still invoked at community meetings by people on both sides of various urban debates, and “What would Jane Jacobs do?” t-shirts are sold at local boutiques. Toronto takes a sense of ownership over her with physical manifestations of her work on the streets themselves, particularly in two downtown areas.

Twenty years ago, the neighbourhood where TIFF Bell Lightbox is located had more in common with emptied-out rust-belt cities than the jam-packed, cranes-in-the-sky area it is today. Then came the “Two Kings” (as it’s known in urban planning circles), a 1996 re-zoning of the areas where King Street intersects with Parliament on the east side of the downtown core and Spadina on the west. Both were aging, turn-of-the-last-century industrial neighbourhoods that, with a tweak of the city’s bylaws, allowed commercial and residential uses. This began a 20-year revitalization of the area, embodying Jacobs’ mantra “new ideas need old buildings,” though quite a few parking lots were filled in with new buildings too.

Those who worked on the “Two Kings” (like city planner Ken Greenberg) say Jacobs’ ideas were a critical influence on the decision to change the bylaws to create a mixed-use, mixed-income neighbourhood, the same ideology that continues to influence some urban planners and developers today. We can see Jacobs in the plan to redevelop the Honest Ed’s site with a mix of rental apartments, commercial spaces, and heritage buildings, for example. 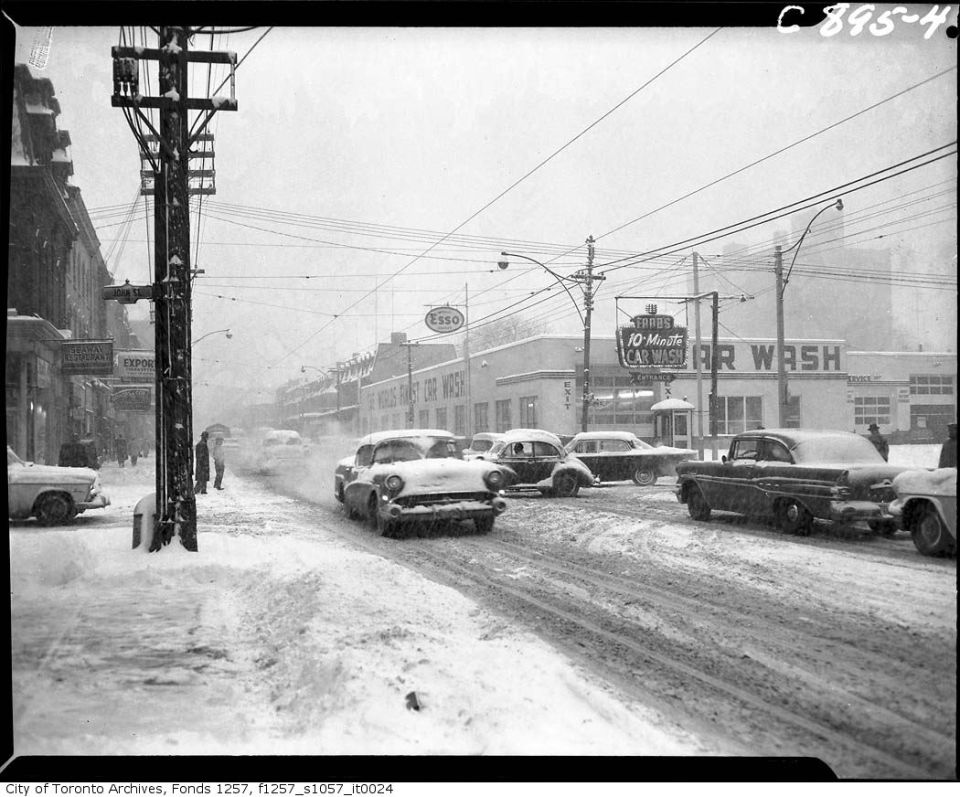 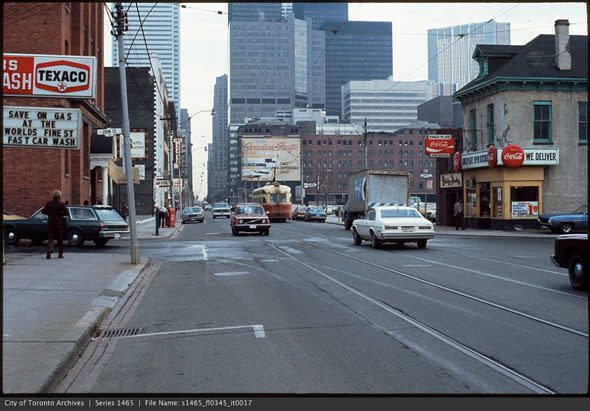 However, the battles Jacobs and others often waged in Toronto were bureaucratic ones, enacted behind the scenes and over a long period of time. These didn’t always have the drama of the legendary first fight she fell into when she arrived in Toronto: stopping the Spadina Expressway that would have ripped through downtown the way the Lower Manhattan Expressway would have in New York. In Citizen Jane, the Spadina Expressway only gets a chuckling mention at the end of the film. There’s an irony that at the moment Jacobs arrived in Toronto, she immediately got caught up in the same hard-won fight she’d left behind.

Citizen Jane isn’t about her adopted city, though the sharp-eyed Toronto viewer will notice archival footage from an interview conducted in her Annex house. What the film does show is how these kinds of urban battles are a long and continuing saga. When one is “won,” another begins. Today, the Moses–Jacobs urban “fight of the century” doesn’t seem so historic, considering Toronto is set to rebuild the Gardiner, our city’s own 1950s elevated urban expressway, after much political blood was shed in a 2016 fight between Mayor John Tory and his allies who supported the Gardiner’s rebuild, and others who evoked Jacobs’s freeway battles of the past as reason to tear it down forever. As urban sociologist Saskia Sassen notes in the film, “you’re seeing more and more highways” in fast-growing global cities around the world. History repeats itself.

Citizen Jane is also not about the longer arc of Jacobs’ life and work. In a recent interview, director Matt Tyrnauer said that Moses vs. Jacobs became the focus of the film because he wanted it to appeal to mainstream audiences, not just those already into urbanism. (“If you’re going to make a character-driven film about Jane Jacobs, bringing Robert Moses in is not a bad way to go,” he told Common Edge.) Along the way, Tyrnauer shows how Jacobs faced incredible amounts of sexism in a planning and political world dominated by mad men in grey suits, hair parted so sharp it was seemingly done by a road surveyor. This sentiment is illustrated by Moses when he dismisses Jacobs and her fellow Washington Square activists as just “a bunch of mothers.” He could be, as Citizen Jane shows, the perfect villain. 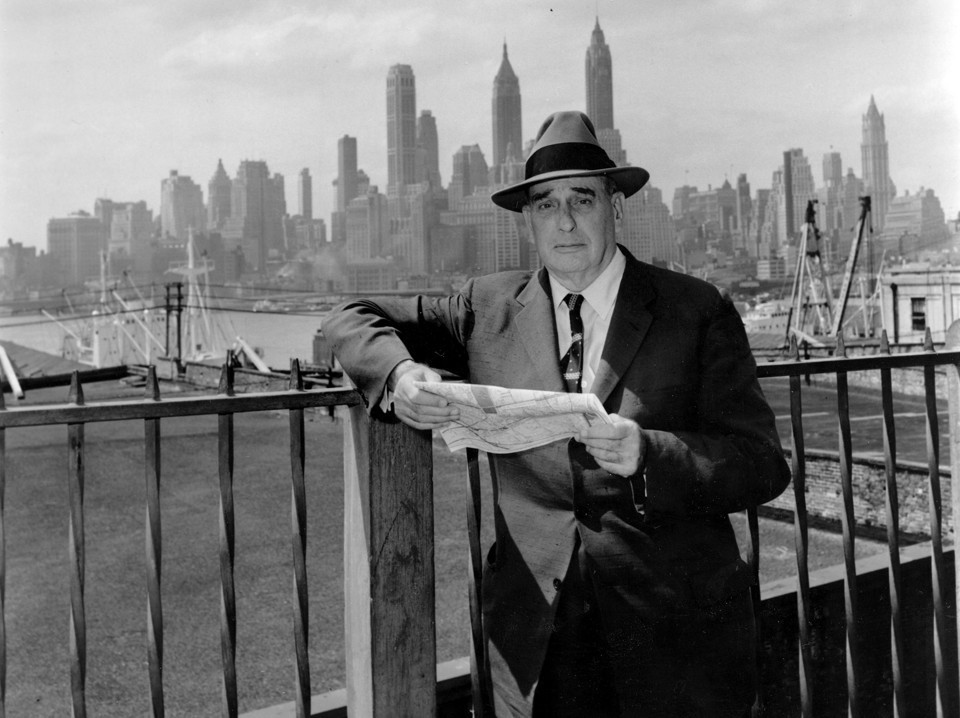 The film’s opening makes a strong case for Jacobs’ human-scaled and fine-grain thinking in a present-day context. With a rather sexy, slow-motion and time-lapsed montage of global city landscapes, the camera flies above the high-rises of Manhattan, Tokyo’s famed Shibuya pedestrian scramble intersection, and new, already jammed freeways in China. Tyrnauer shows that the “old” battle in this film is still being fought today, but the stakes are even higher.

“We’re urbanizing people on the planet at maybe the rate of one-and-a-half-million people every week,” says urbanist and theoretical physicist Geoffrey West. “In less than two months, there will be the equivalent of another Los Angeles metropolitan area on this planet.”

If Citizen Jane has any measurable success, it will pull more people into Jacobs’ work and turn them on to the important, if less dramatic and more bureaucratic, daily battles for our own cities today. To quote Jacobs: “Cities have the capability of providing something for everybody, only because (and only when) they are created by everybody.”