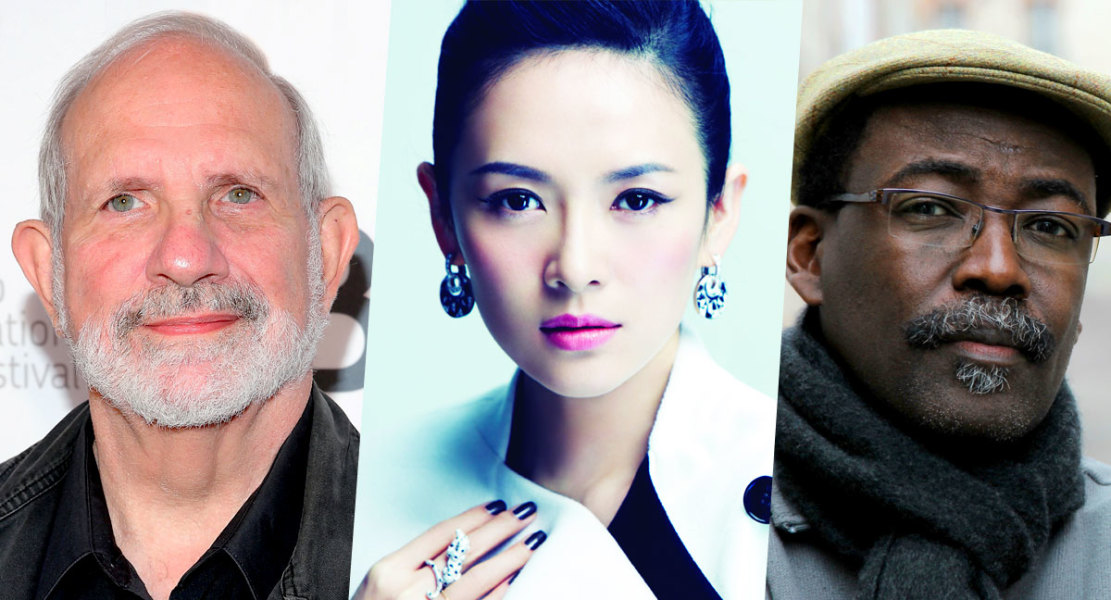 The Toronto International Film Festival® today announced the jury for Platform, the programme that champions directors’ cinema from around the world. For the programme’s second year, its three-person international jury will be composed of legendary directors Brian De Palma and Mahamat-Saleh Haroun and acclaimed actor Zhang Ziyi. Together, they will award a prize of $25,000 to the best Platform selection, to be announced at the Festival Awards Ceremony on September 18.

“We are honoured to have De Palma, Haroun, and Zhang on the Platform Jury for the programme’s second year. Each one of them brings a breadth of expertise and experience in visionary filmmaking, artistic direction, and unprecedented, bold narratives,” said Piers Handling, Director and CEO of TIFF. “We are thankful to our esteemed jury for making the time to be here this September to celebrate our renewed commitment to artistically ambitious filmmaking with Platform.”

“Platform’s vision is championing aesthetic magnificence and De Palma, Zhang, and Haroun, have all either created or been a part of films that have inspired, revolutionized, and transformed the filmmaking industry,” said Cameron Bailey, Artistic Director of the Toronto International Film Festival. “We are thrilled the jury members will be able to share their wealth of knowledge with this year’s Platform filmmakers who are creating groundbreaking narrative forms. We can’t wait for the jury to join us in Toronto and be a part of Platform’s history.”

Inspired by Jia Zhang-ke’s groundbreaking film of the same name, Platform shines the spotlight on 12 films of high artistic merit that demonstrate a strong directorial vision. The lineup was announced on August 11, 2016 and can be found on tiff.net/platform.

The 41st Toronto International Film Festival runs from September 8 to 18, 2016.

Brian De Palma Brian De Palma was born in Newark, New Jersey. He studied physics at Columbia University but became obsessed with making films after seeing Alfred Hitchcock's Vertigo (1958). One of the key auteurs to emerge from the "New Hollywood" of the 1960s and '70s, Brian De Palma has created an oeuvre that oscillates from low-budget independent films to Hollywood blockbusters, working almost exclusively within traditional Hollywood genres: horror, sci-fi, rock musical, gangster epic, war film, and psychological thriller. Many of his films have screened at the Festival, including his Oscar-nominated horror film Carrie (1976), Sisters (1973), The Fury (1978), Femme Fatale (2002), Redacted (2007), and most recently Passion (2012). De Palma won his first Silver Bear Award at the Berlin International Film Festival for his comedy-drama Greetings (1968), starring Robert De Niro. In 2007, the crime-thriller Redacted won the prestigious Silver Lion and Future Film Festival Digital Award at the Venice Film Festival. Most recently, in 2015 he was honoured again in Venice and awarded the Jaeger-LeCoultre Glory to the Filmmaker Award. This year, TIFF Cinematheque presented a retrospective of his work called Split/Screen: The Cinema of Brian De Palma.

Zhang Ziyi Zhang Ziyi was born in Beijing, China. Graceful and formidable, glamorous and badass, Zhang is an international superstar who has time and again brought strong, multi-dimensional female characters to the screen. She first came to prominence in Ang Lee’s Academy Award–winning Crouching Tiger, Hidden Dragon (2000), garnering international award nominations and global stardom. Aided by her classical dance training, Zhang mesmerized audiences with dizzying choreographed moves in the martial arts films Hero (2002) and House of Flying Daggers (2004), directed by Zhang Yimou. She successfully crossed over into the North American film industry, starring in the film adaptation of Memoirs of a Geisha (2005), for which she received Golden Globe, BAFTA, and Screen Actors Guild Award nominations. Zhang has demonstrated an extensive range, working alongside the visionary Wong Kar-Wai in the masterful 2046 (2005) and in the director’s latest contribution to world cinema, The Grandmaster (2013). Zhang will also be participating in the Festival’s In Conversation With… event on September 15 at TIFF Bell Lightbox.

Mahamat-Saleh Haroun Mahamat-Saleh Haroun was born in Abéché, Chad, and later moved to France where he studied film and worked as a journalist. In 1999 he directed Bye Bye Africa, winning the Best First Film prize in Venice. His second feature, Abouna (Our Father) (2002), was selected for the Directors’ Fortnight at Cannes. In 2006 he was awarded the Special Jury Prize at the Venice Film Festival for Dry Season, while the Museum of Modern Art (MoMa) in New York presented a retrospective exhibition of his work. In 2010, A Screaming Man picked up the Jury Prize in Cannes. That same year, Haroun received the Robert Bresson Award at the Venice Film Festival, as well as the Humanity Prize at the 34th Mostra in São Paulo, Brazil. In 2013 he was once again in Competition at Cannes with Grigris. He also received the UNESCO Fellini Medal 2013. His latest feature Hissein Habré, A Chadian Tragedy (2016) will have its North American Premiere at the Festival this year.