The 10 Commandments of the Casual Hangout Movie

MOTIF(F): Tropes in film we can't get enough of

Welcome to MOTIF(F), a weekly unpacking of a film trope we love. Let's kick things off with a casual hang...

Two weeks ago, I watched Richard Linklater’s new film Everybody Wants Some!! and wanted to live in the movie forever. Give me a coming-of-age film, centered on a hilarious group of people, set to a relevant rock ‘n’ roll soundtrack, where everyone can smoke weed and make jokes and I can look at some hot guys in shorts and I am happy. I was especially blown away by how fun the movie was, which never seems to happen in the dour mumblecore films of my particular generation where “girl + haircut + doesn’t know how it’s all gonna work out” is considered a plot device.

In fact, I believe casual hangout films are the ultimate film genre, one that is chiefly responsible for everything I love in cinema. They’re also the kind of film I want to make. Let me break down the genre's 10 Commandments for you.

I. THOU MUST CHILL

Dazed and Confused, Diner, Can’t Hardly Wait, American Graffiti, The Big Chill (which is literally and figuratively about chilling), Whit Stillman’s sorely underrated 1991 classic Metropolitan — hell, even Goodfellas — all center on a group of people all getting together to talk.

II. THOU MUST HAVE A STRONG ENSEMBLE OF ACTORS YOU’VE NEVER HEARD OF (YET)

III. THOU MUST HAVE A KILLER, ICONIC, ECLECTIC SOUNDTRACK

The music in a casual hangout movie is also that movie's spirituality. The soundtrack reflects its character’s tastes and aesthetics, whether it’s a nostalgia picture (like American Graffiti and Dazed and Confused) or an au courant portrait of a generation (Can’t Hardly Wait, which may offer the only perfect use of Smash Mouth). This music can be way less holistic because of its large ensemble. It can veer off and disjoint and rupture. Casual hangout films contain multitudes, which is why the characters of Reality Bites can vibe on the “Conjunction Junction” theme song, just as much as Lisa Loeb’s "Stay (I Missed You).”

IV. THOU MUST COME OF AGE

In my humble opinion, the only movies worth considering are coming-of-age movies. And in a casual hangout film, conflicts do occur admidst the chilling. Sometimes, they’re a moral issue. (Jeremy London’s decision to sign a contract that will forbid him to drink alcohol or do drugs, while he plays on the football team.) Sometimes, they’re a romantic dilemma. (Will Winona Ryder go for the nice, though ultimately, less challenging suitor played by Ben Stiller, or Ethan Hawke’s listless, doucheboy slacker who truly provokes her?).

Sometimes, they feel like a shift of consciousness (Waking Life), or the chasm between adolescence and adulthood (Noah Baumbach’s first feature Kicking and Screaming). It’s no wonder that a casual hangout film is often a director’s first or second feature. They’re more in touch with their roots and concerned about the growing pains. Federico Fellini’s 1953 raw early feature I Vitteloni is a sublime casual hangout movie. Italian neorealists do it better.

V. THOU MUST DANCE AND SING ALONG TO A CLASSIC JAM

This is what punk rock anarchy looks like to baby boomers.

This is how people expressed irony in the '90s.

This is how I picture heaven.

VI. THOU MUST IMBIBE ILLICIT SUBSTANCES

If you’re not pulling massive bong hits, binge drinking at a bush party, chugging wine by the Italian ocean, pounding back beers in a country western bar or being threatened by Joe Pesci over a glass of Chianti, you’re not in a casual hangout movie — sorry. Coffee and Cigarettes just doesn’t cut it.

VII. THOU MUST EMPHASIZE THE GROUP, NOT THE INDIVIDUAL

These films are ensemble comedies for a reason. While a lead protagonist might center the film, the other characters are a prism through which their story arc is refracted in all directions. The best, most true casual hangout films have multiple protagonists in which the central theme of the movie is carried throughby all of them. (Even Wet Hot American Summer pulls this off.) The best casual hangout movies are Altman-esque, though Robert Altman himself is not a casual hangout movie director. Neither is Quentin Tarantino. Come at me, bro. 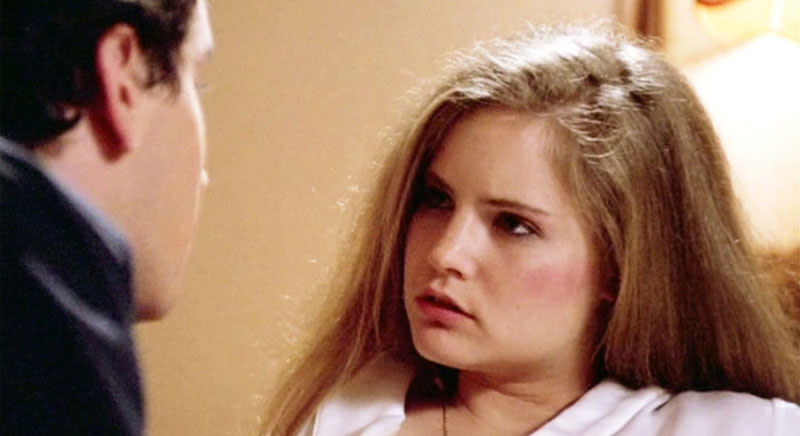 VIII. THOU MUST HAVE SEX – AND FEEL CONFLICTED ABOUT IT

Have you seen Fast Times At Ridgemont High? The abortion scene, still absolutely haunting and daring today, is painfully realistic. After Jennifer Jason Leigh’s character Stacy Hamilton is knocked up by Mike Damone (the 10-second sex scene and his white tube socks still haunt me to this day), she asks her brother to pick her up from the clinic. Nothing is sadder and more compelling than their plainspoken car ride home, in which everything is communicated by their eye contact.

Casual hangout movies are supposed to be fun and frivolous but there’s an emotional core in some of these films that’s hard to look away from. Just because you are partying doesn’t mean you are impervious to pain. These movies address sexual assault, rejection and breakups far more realistically than a played-out “issue film” ever could. On the other hand, they are also great at showing the first bloom of love and sex. (No one is getting more laid than the baseball team of Everybody Wants Some!! with its multiple disco grinding and sex montages, despite that film being literally the gayest movie I have ever seen.) Sometimes, it’s an innocent conversation about Jane Austen in the stairwell between two quiet nerds. Sometimes, it’s a girl seen from a car window that you decide will change your life. Love and relationships are crazy and we all feel the pains acutely, even when we’re supposed to be down for whatever.

IX. THOU MUST REALIZE THAT THE MAIN ATTRACTION OF THE MOVIE IS THE CHARACTERS

In an article in the New Yorker, Tarantino described a “hangout movie” as a film whose plot and camerawork you may admire, but whose primary attraction is the characters. We all compulsively watch our favourite movies over and over again to spend time with our friends. For Tarantino, these movies were Rio Bravo, Taxi Driver and Blow Out. (All for me are way too solitary.) But I would kick it with any number of my favourite director Cameron Crowe’s films, including Say Anything, Almost Famous and Jerry Maguire. I would chill with Billy Wilder’s The Apartment daily. I’d break bread with Frances Ha.

The characters in the movies we love become the people we can rely on. And as we change, our conception of them changes too. Just like real life, we grow and the movies we love grow up along with us. Our relationship deepens. We may grow apart. But we can always find time to hang with our friends. 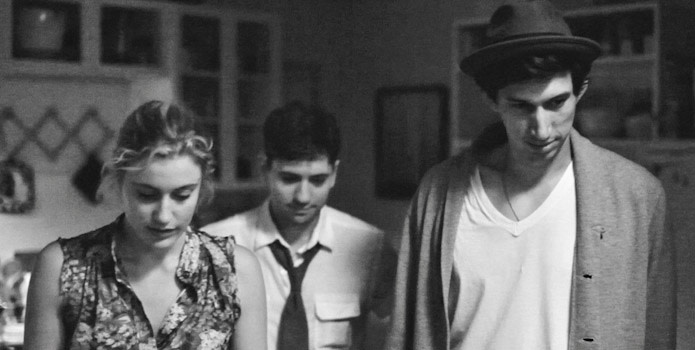 X. THOU MUST PAY HOMAGE TO THE OG AUTEUR, RICHARD LINKLATER

I don’t care if he’s philosophizing with rotoscope (Waking Life), perfecting a classic up-all-night two-hander (Before Sunset) or literally having a child age in front of your eyes (Boyhood), Richard Linklater knows how to chill. The best scenes throughout his oeuvre perfectly articulate the stillness and beauty in the morning after, those moments as the sun comes up and you finally see some kind of perfect, universal truth. “The moment, it’s constant,” expresses a now college-age Mason as the sun rises over the Grand Canyon near Boyhood’s climax. “It’s always right now.” For real.