The Seventh Fire plays at TIFF Bell Lightbox, starting Monday, July 25. Tonight's 6:45pm screening will be introduced by Director of Film Programmes Jesse Wente and include a performance by Brenda MacIntyre, author of the Medicine Song Oracle Cards and a Juno Award-winning singer, speaker and indigenous wisdom-keeper.

The Seventh Fire is a haunting, lyrical documentary about the Aboriginal gang crisis directed by filmmaker Jack Pettibone Riccobono. While playing into common stereotypes about the Native population, it counters them by offering an intimate portrayal of two Ojibwe men at the threshold of adulthood through a uniquely vérité style. The lead subject Rob Brown, is a gang leader in his 30s about to go back into jail for the second time. As he looks back on his life a week before incarceration, Rob seems torn between repeating the same patterns of behaviour and making a serious commitment to change for his many different children. "I haven’t been law abiding lately," admits Brown, "and the consequences just keep getting more severe."

Riccobono’s other subject is Kevin, is a 17-year-old aspiring drug dealer in the same Aboriginal community. He gets his heart broken and also navigates the same emotional terrain as Rob Brown, whose lifestyle he wants to emulate: wondering if it’s better to place a foothold in the drug business or enroll in a rehabilitation program for Native youth. The parallels between the two subjects and the film’s plainspoken style make The Seventh Fire an honest examination of Native identity, uniquely and empathethically made by Aboriginal filmmakers. Executive produced by Terrence Malick (the film’s striking cinematography bears some comparison) and Natalie Portman, it couldn’t be further away from a Hollywood treatment. Straddling issues of identity and addiction, ultimately, the film offers up a fervor and desire for significant spiritual change.

We asked the producer, director and lead subject of the film a few questions.

In a previous interview, you said that you have witnessed a birth of Native "self-representation in the media." Why is this so important and how do you think this change has come about?

Native American self-representation in mass media is critical to our survival… If we are not represented at all, it is very bad for our children. But it’s also bad if someone else is continually representing you for decades. The “inclusion” of real native and indigenous peoples represents a vital participation in the world that directly affects the self-worth of an entire people that have been left behind and characterized by others for far too long. Native artists are taking back their identity, pride and power, work-by-work today.

How did Terrence Malick and Natalie Portman get involved in this project? What connection did they have to the story and what contribution did they make?

Natalie Portman got involved about a year after I signed on to the project. We shared an early sample of the footage with her and she was really interested in the story and wanted to help bring awareness to the film. Once we had a rough cut, Natalie suggested sharing it with Terrence Malick because of his interest in Native stories and because of the filmmaking style. We were hoping to widen the audience for the film who might not naturally gravitate towards documentaries, but who would appreciate the cinematic and narrative qualities of the project. We all watched multiple cuts of the film during post-production and gave Jack creative notes on the film, so it was a collaborative process. 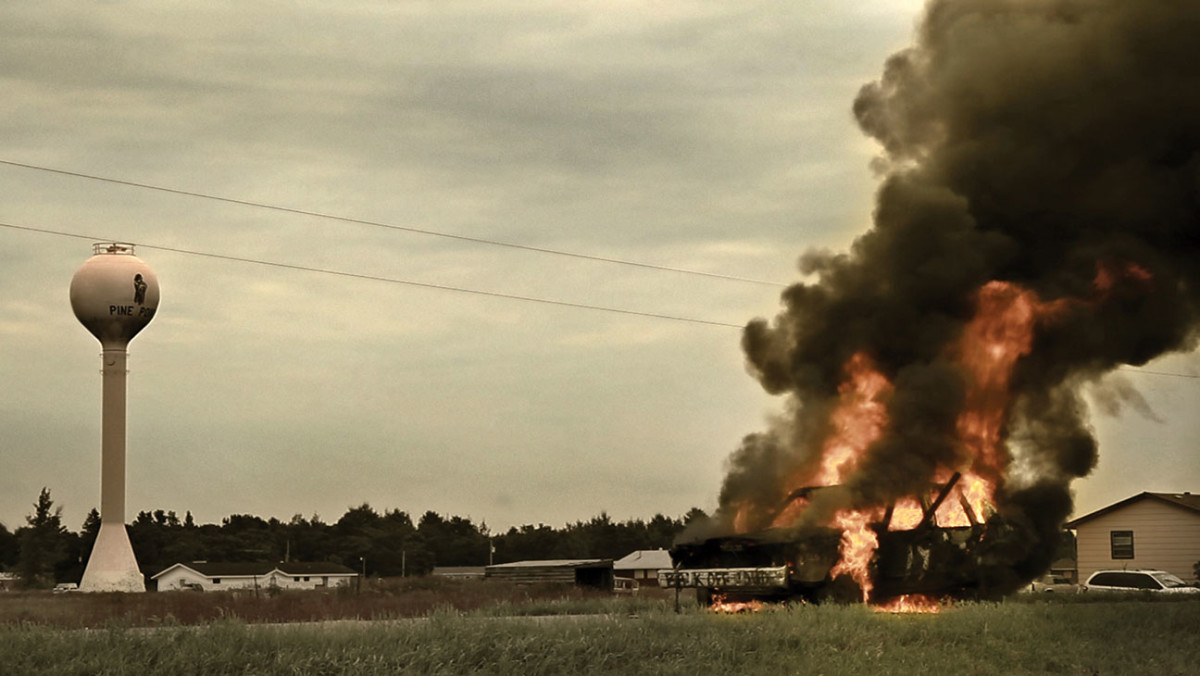 In some ways, The Seventh Fire plays into what might be stereotypes of the Native population — that they are doomed and addicted to drugs and violence in a cycle that perpetuates itself. But there is an honesty and a sincerity to the story that counters the sensationalism. How does your film does challenge those stereotypes through Rob and Kevin's stories? What message of hope does it offer?

I think that the film challenges certain stereotypes by allowing Rob and Kevin to tell their own stories; Rob and Kevin were our collaborators in creating the film, and their voices guide the viewer through this world, because what you see in the film is their reality.

The hope in the story comes from the transformation that Rob undergoes as he becomes sober behind bars and uses creative writing as a means of returning to his Native culture and his Native identity, and sheds the weight of his gang identity. You can see what incredible potential Rob has to become a leader in his community.

There's a mix of very traditional documentary footage but occasionally beautiful, cinematic portraits of your subjects, such as the shot of Kevin on his bike while he texts and makes phone calls or the very last shot of the film with Rob on the motorcycle. Why was it important for you to mix doc-style coverage of your subjects with more impressionistic, cinematic shots? What films or work were you looking at as inspiration?

My training as a filmmaker is in both fiction and nonfiction storytelling and I am interested in the ways one can influence the other. I like films that are immersive and cinematic and character-driven, so I knew going into this project I wanted to channel those elements. Some films I was looking at while making The Seventh Fire include The Act Of Killing, Inherent Vice, Stories We Tell, Museum Hours and the documentary Leviathan.

What drew you into Rob's story? How would you describe his challenge — or journey — in the film?

Rob has an epic, literary quality to him; he has the unique ability to reflect deeply on his circumstances, while in some ways still being trapped by them. And he was intuitive about the filmmaking process. So he was deeply involved in the making of the film and understood how he could bring us into this world and help other people feel comfortable with our presence and our intentions.

He also kept us safe during production. At one point, he was wearing a wireless microphone and went into a house ahead of us. Our sound recordist could hear the conversation he was having inside, and his associates were talking about robbing us and taking our equipment. So we were in the car, deciding whether to drive off, and we could hear Rob subtly steer the conversation in another direction. This happened on several occasions.

In terms of his journey, at an early age, Rob's grandfather taught him about Ojibwe traditions and he holds that knowledge very deeply. But he also went through 39 different foster homes, the juvenile system and 15 years in prison, which introduced him to gang culture as a teenager. So Rob's central challenge in the film has to do with the tension between his gang identity and his Native identity. 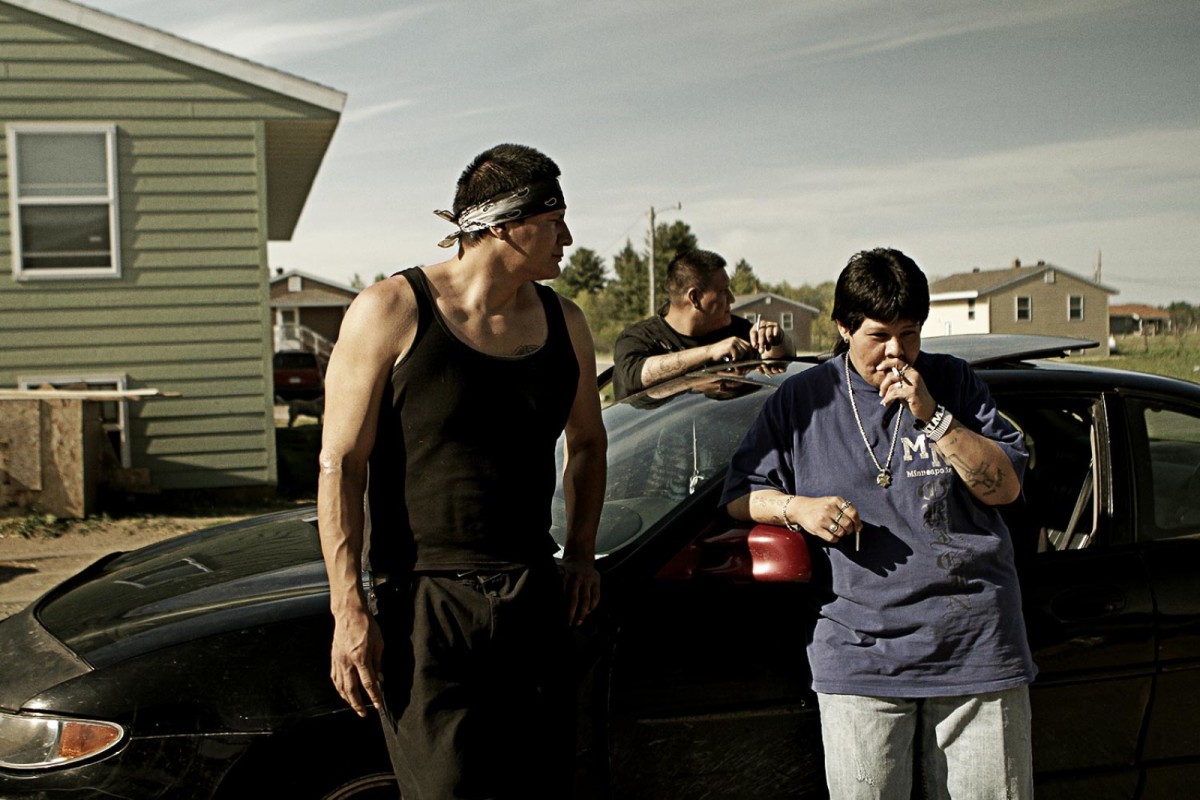 I first watched the movie last year, I was still incarcerated. It was a surreal and squeamish experience. I experienced a wave of anger derived from shame. I was very ashamed of =my choices and actions. I 100 per cent regret the negative choices I was making. The only thing that made sense back then was making the decision to participate in treatment two years ago.

I think the Native American population will never be represented as honestly as they should be. We have experienced and are experiencing real issues. As of now, we are disappearing rapidly, and soon we will be myths. Even now I assure you that somewhere out there, there is a romanticized film in production. Our role models are assuming these roles and for good reason. The hardest part for me to watch was when I was on the phone with my father. Right now, he is fighting for his life, undergoing his second round of chemotherapy. I am on my way to go visit him right now. My favorite part is watching scenes with my son Richard and my daughter Persephone. I love my kids so much, it is always a powerful and magical experience when I am in their presence.