The Possibilities of Pleasure

In Filipino cinema, “wrongful” desire is a weapon against a repressive regime 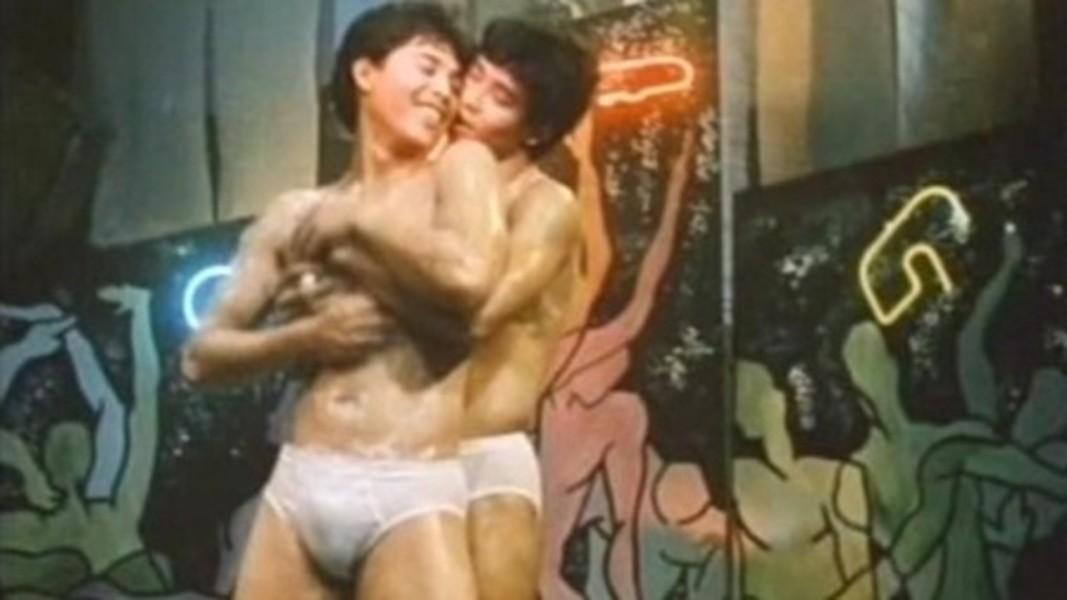 The TIFF Cinematheque retrospective People Have the Power: Resistance in Filipino Cinema runs from October 5 to November 4.

In Notes of the New Society of the Philippines, Ferdinand Marcos provides an uncannily emphatic defense of his decision to sign Proclamation Number 1081, the executive order that placed the entire Philippines under martial law, on September 21, 1972. Published a year after the declaration, the newly minted dictator’s manifesto centres on the figure of the “poor Filipino,” who is depicted as both a victim whom Marcos’ “new society” must save, and a target whom that same “new society” must rigorously police — with brute force if necessary.

The infrastructural transformation of the capital city of Manila during the period of dictatorship has thus been characterized as the wholesale attempt to eradicate the poor urban dweller’s way of life, even if only through cosmetic means. As Manila’s governor and the country’s Minister of Human Settlements, the dictator’s wife Imelda Marcos simultaneously vilified and valorized the impoverished masses as the reasons for her “cleaning up” of the city. The municipal government’s efforts to remove informal settlers from areas that they once inhabited, or the covering over of “squatter areas” with white walls during high-stakes international events like the ASEAN summit or the Miss Universe pageant, or the construction of controversial development projects such as the Cultural Center and the ill-fitted Metro Rail Transit system, were all justified as attempts to rescue the masses from poverty and obsolescence. 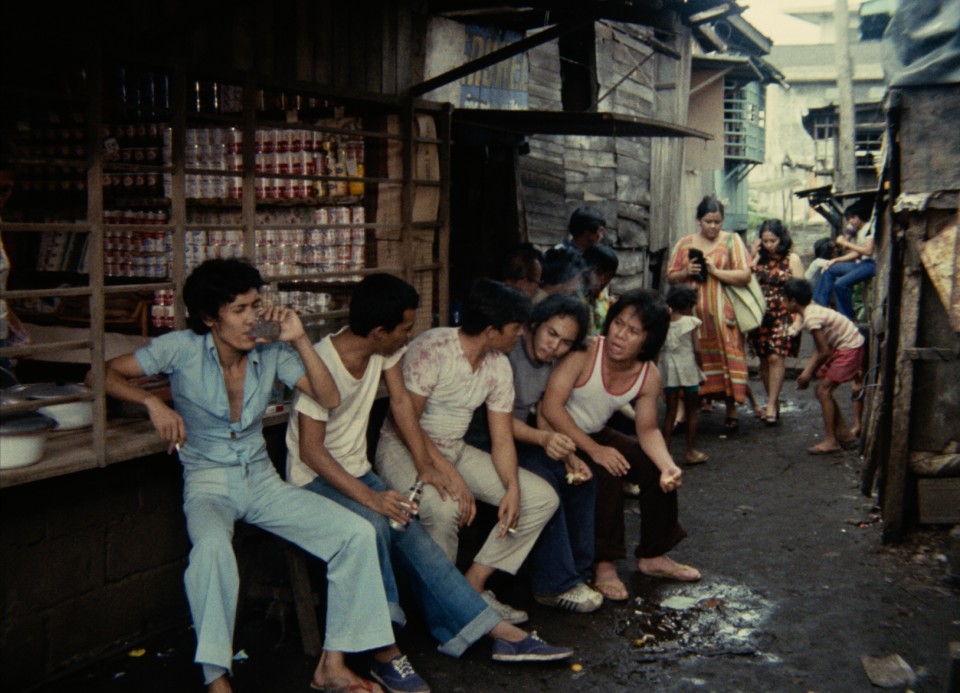 Yet the underprivileged masses could never be entirely disappeared nor contained: they proliferated with viral efficiency. Despite the dictatorship’s demands for a “disciplined” populace, the Manila that most Filipinos/as traversed during the Marcos period was a place filled with subversive intimacies, desires, and pleasures. These forbidden fruits emerged most viscerally in contemporary artistic and cultural imaginings of life under martial law — and nowhere more so than in the films of the Philippine New Cinema, a movement between the 1970s and 1990s exemplified by such filmmakers as Lino Brocka, Ishmael Bernal, Marilou Diaz-Abaya, Mike De Leon, and Joel Lamangan.

Mobilizing generic and narrative templates that had existed in Philippine cinema since the 1920s — such as melodrama (iyakan), comedy, and action films (bakbakan) — and combining these with the influence of such international art-house auteurs as Roberto Rossellini, Akira Kurosawa and Satyajit Ray, the New Cinema filmmakers employed allegorical narratives to offer social commentary on governmental corruption, poverty, patriarchy, Catholicism, and American imperialism. While allegory has often been used as a vehicle for dissidence by artists living under dictatorships, what uniquely marks the New Cinema works is the way in which they so frequently link political resistance with a pushing of the normative boundaries for presenting sexuality, pleasure, and desire on screen. Portraying characters who seek pleasure from each other in muck, in trash, and in defiance of class differences, in these films the depiction of sexual pleasure becomes a means by which marginalized citizens try to survive, thrive, and create their own forms of belonging under the shadow of government-imposed curfews and state-sanctioned violence. 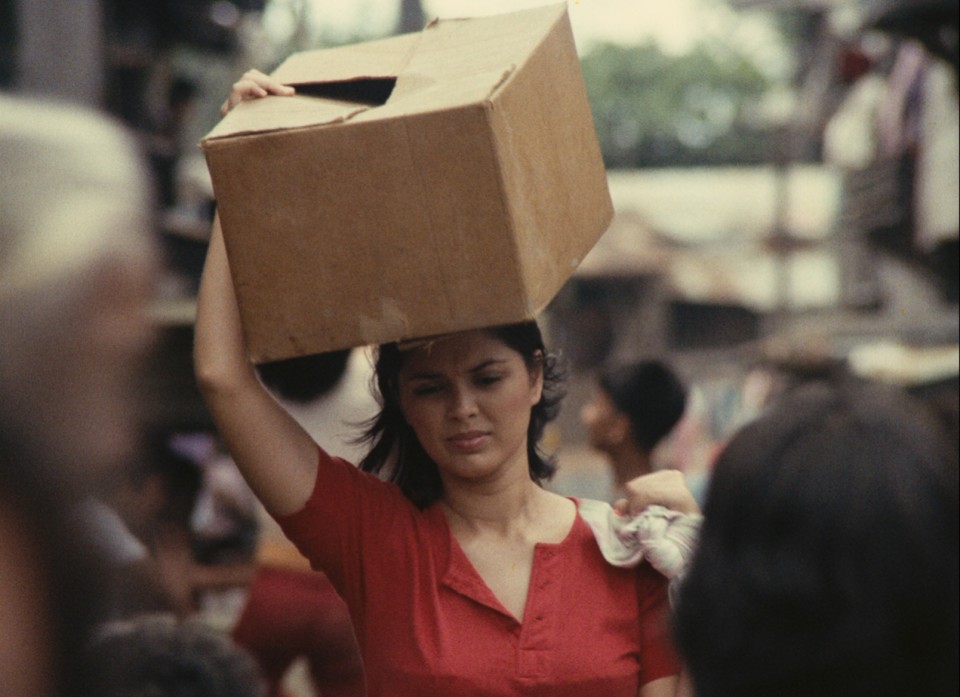 One of the key works of the New Cinema, Lino Brocka’s Insiang (1976) makes of pleasure something both brutal and beautiful. Set in the slums of Tondo — an area of Manila far removed from the sanitized image of the capital that the Marcoses sought to present on the world stage — Insiang follows the eponymous teenage protagonist (Hilda Koronel), who, following her rape by her mother’s lover, discovers that she can deploy her sexuality as a weapon, using men’s desire for her (as well as her mother’s unfulfilled sexual needs) as a means to exact vengeance and combat her limited agency.

While Insiang proved to be a trend-setting work in its linking of sexuality with social critique, Brocka had explored this same dynamic in his oft-overlooked debut feature. One of the first Philippine films to overtly depict a homosexual relationship, Brocka’s Tubog sa ginto (Dipped in Gold, 1971) focuses on a wealthy gay man who begins an affair with a working-class man he employs as a driver, the forbidden liaison serving as an impetus for ensuing episodes of violence, homophobia, and inter-class conflict. Same-sex desire also serves as the dramatic engine for Mike De Leon’s Batch ’81 (1982), in which seven men’s attempt to join a college fraternity is made into a powerful allegory of the Marcos regime’s fascist underpinnings through the spectacularizing of sadomasochistic and homosocial disciplining; Danny Zialcita’s T-Bird Ako (1982), in which the relationship between a lesbian lawyer and a bar hostess gestures to the unequal class politics of the Marcoses’ Manila; and Ishmael Bernal’s Manila by Night (1980), the first film banned by the Marcos government from international screenings, in which a panoply of characters (some of whom are gay and lesbian) punctuate their pursuits of drugs and sex with profuse professions of love. (This latter motif slyly satirizes the Marcoses’ frequent, public declarations of their love for one another, the performative display of conjugal fidelity serving as a synecdoche for the regime’s supposed devotion to Philippine arts, culture, and national stability.) 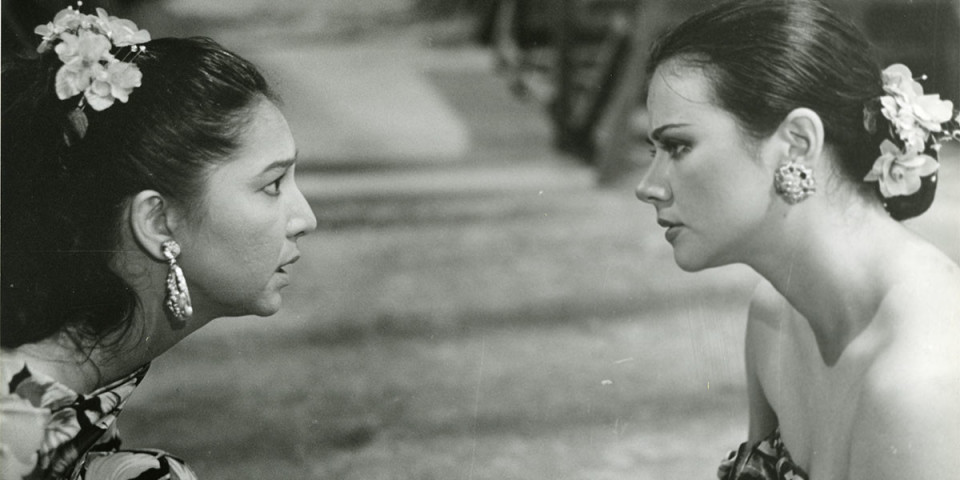 Carlos Siguion-Reyna’s They Call Me Joy

The common thread running through all these films is that of marginalized urban dwellers willfully attaching themselves to the “wrong” objects of affection, the “wrong” ideations of hope or happiness, and the “wrong” versions of Manila; their navigations of a vibrant, constantly moving metropolis serve as an implicit rebuke to the regime’s static vision of urban repair, rejuvenation, and beautification. This focus on those who do not “fit” with the ideological norms of authority remained a prominent trope in Philippine cinema even after Marcos was ousted from power. Whether chronicling the patriarchal persecution of a former small-town sex worker (Carlos Siguion-Reyna’s They Call Me Joy) or the plight of the overseas contract worker (Joel Lamangan’s The Flor Contemplacion Story), these films centre on sexually and economically marginalized characters as the clearest indicators of how the governments that succeeded Marcos continue to dictate which lives are disposable (often the “poor,” the “useless,” the “immoral,” and the “addicted”) and which lives are worthy of preservation.

If anything, current Philippine president Rodrigo Duterte’s brutal “war on drugs” (which is directly addressed in Adolfo Alix, Jr.'s harrowing Dark is the Night) has thrown this dynamic into the sharpest relief possible: as local photographer Alec Ongcal notes in a Time Magazine series on Duterte’s anti-drug crusade, “murder has become a norm, and lives are as disposable as the cardboard signs that vigilantes use to label the bodies of suspected criminals.” The visual grammar of the Duterte era is defined by spectacularized images of violence — bloody bodies on the streets of Manila, family members grieving over coffins, spectators regarding crime scenes with a mixture of fascination and dread — that classify the lives of these “disposable” victims as unknowable, or knowable only through the moral categories that demand their extinction. 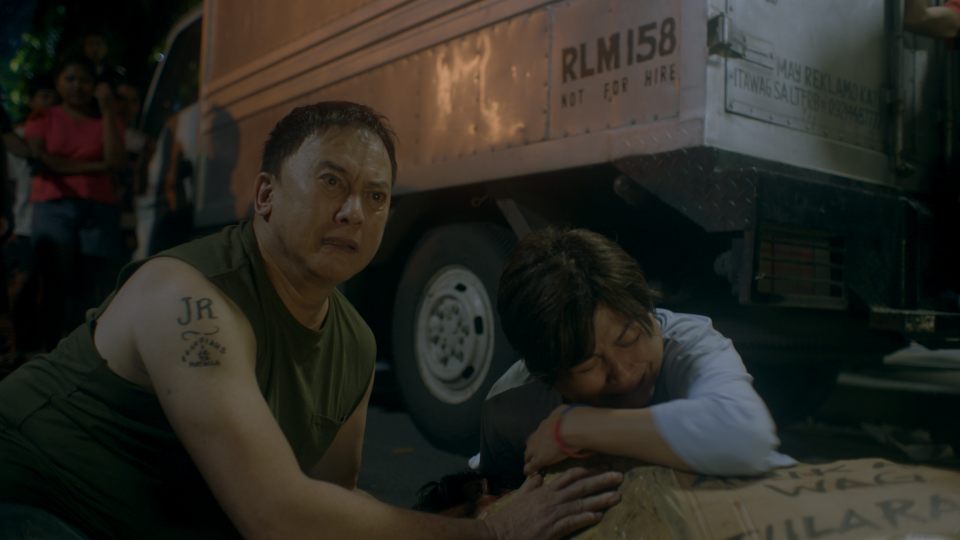 It is thus that films that turn to the depiction of pleasure in order reflect on the vitality of marginalized lives (sexual, economic, and otherwise) can serve as powerful correctives to a national imaginary now saturated with images of violence. The possibilities of pleasure — how we seek it, what stops us from achieving it, the boundaries that prevent us from pursuing it — exemplify the current social conditions that limit our very existence. The lives of my people are currently being shaped by a government that passes moral judgment on certain pleasures in order to make certain of its people invisible, even unhuman — to distribute its citizens’ proximity to life and death unevenly. Now more than ever, we need the spectacle of pleasure in our cinema to remind us of the competing processes that have defined what makes people human, and what can make them resistant to their marginalization.

Dark is the Night

On the Job introduced by Todd Brown