The Poetry of Precision: The Films of Robert Bresson

"Robert Bresson is French cinema as Dostoevsky is the Russian novel and Mozart is German music." —Jean-Luc Godard 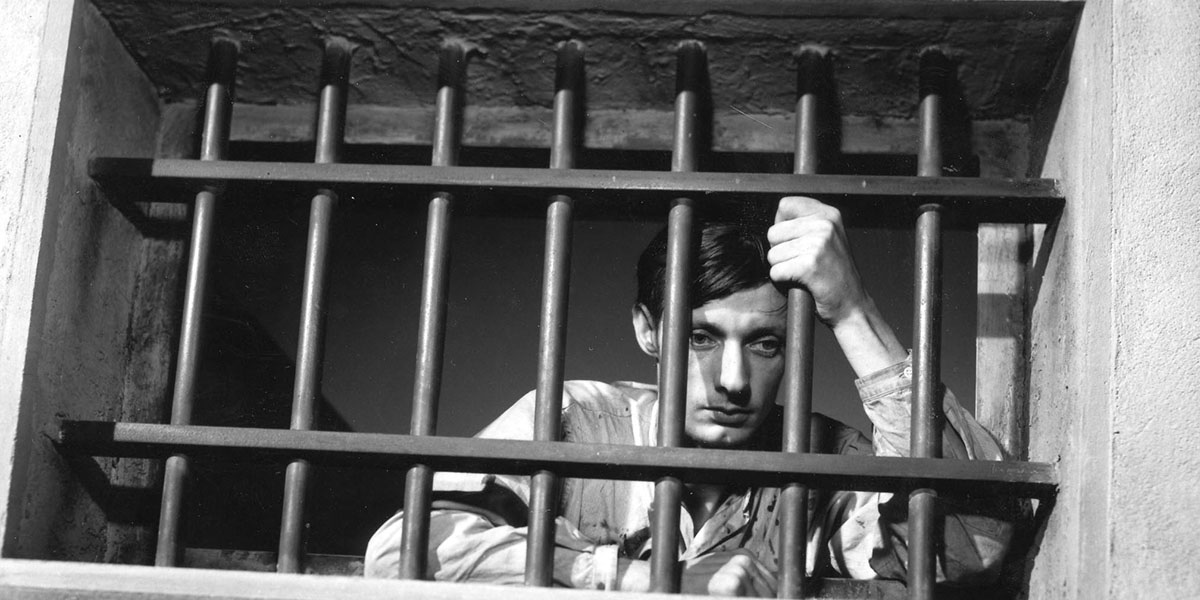 "It is with something clean and precise that you will force the attention of inattentive eyes and ears." —Robert Bresson

The TIFF Cinematheque retrospective The Poetry of Precision: The Films of Robert Bresson begins Thursday, February 27.

To inaugurate the 30th anniversary of TIFF Cinematheque, we present one of our signal achievements: a retrospective of Robert Bresson, one of the most influential directors in the history of cinema, which we twice toured internationally, accompanied by two editions of a major monograph. Featuring many recent restorations and some rarities, this series remains imperative: as J. Hoberman polemically attested, "Bluntly put, to not get Bresson is to not get the idea of motion pictures."

"God doesn't reveal himself through mediocrity," a character comments in Robert Bresson's late film Le Diable probablement — an avowal that could stand as the French master's artistic credo. Bresson made only 13 features over half a century, a sparse and daunting canon that includes not a single work of inconsequence, compromise, or banality, and one that must be experienced and understood by anyone who wishes to grasp the full potential of cinema. Though Bresson is first and foremost a "filmmaker's filmmaker," his films, so disorienting in their strange, singular beauty, have also inspired poets, musicians, choreographers, and painters. Encountering Bresson on the big screen for the first time — and no director's work more demands it because of the physiological effects of his sound and image editing, the sheer physical authority of his meticulously constructed worlds — can induce a kind of vertigo, as eyes and ears dulled to inattention by conventional cinema are suddenly forced to a new or heightened awareness, an effect that registers somewhere between bracing and life-changing.

Following the short musical comedy Affaires publiques and two features, Les Anges du péché and Les Dames du Bois de Boulogne — which, though studio-bound, stylized, and literary compared to his later work, can now be seen as part of the "unified field" of Bresson's oeuvre in their relentless precision and themes of sacrifice and redemption — Bresson developed, in the celebrated Diary of a Country Priest, the minimalist style with which he became identified and which altered little over the years, despite his wide range of subjects and sources (Dostoevsky mostly, but also Bernanos, Diderot, Tolstoy, and Arthurian legends) and his shift from black and white to colour (though he adopted the latter far later than most). Influenced by Jansenism — the ascetic school of Catholicism concerned with free will and predestination — Bresson's "new language," as Nobel laureate J.M.G. Le Clézio termed it, can be defined in terms of denial, renunciation, and avoidance. Seeking to inscribe, in the profane imagery of the cinema, the spiritual quandary of isolated people in search of grace, Bresson sought to remove from his films everything he considered extraneous and false: "One does not create by adding, but by taking away," he claimed. (He wrote admiringly of Debussy's playing the piano with the lid down — an apt metaphor for his own approach.)

Perhaps the most noted, and controversial, element of Bresson's system is his use of what he called "models": non-professional actors trained in neutral line readings, automatic gestures, and emotional inexpressiveness. (The "Bresson face" — impassive, androgynous if not sexless — has often been copied by other filmmakers.) As is Mizoguchi, Bresson is a cardinal case of great art being born of cruel perfectionism. "The director tortures his players — not to force from them all that they are capable of, but so as to leave nothing to their initiative," wrote Jean Douchet in his 1951 account of the making of Diary of a Country Priest, reporting on the exhaustion of the endlessly drilled actors, whom Bresson put through dozens of takes to get just the right lack of inflection in a line, the precise downcast look, the correct automatic (and, therefore, "natural") movement. Initially exemplified by Diary's Claude Laydu — who, despite having what Douchet described as a "violent altercation" with his director over the latter's unyielding method, remains indelible as the film's dying curé — and François Leterrier, his visage as blank as the prison walls that enclose him in A Man Escaped, Bresson's use of "virginal" models reached its apogee in Pickpocket, whose lead Martin LaSalle achieved the hieratic expression of a Byzantine icon. However, Michael Haneke claims that Bresson's "model theory" actually attained its "clearest and most coherent expression" in Au hasard Balthazar, in which the blankness of its protagonist — a donkey that is passed from master to master, enduring a seemingly endless cycle of cruelty — transforms him into a tabula rasa "for the viewers' thoughts and feelings."

Yet while Bresson declared, in his famous little book of Pascalian aphorisms Notes sur le Cinématographe, "Not beautiful photography, not beautiful images, but necessary images and photography," his films from first to last are in fact filled with the "beautiful images" he supposedly abjured (a readily apparent residue from his early studies in philosophy and painting). Bresson's images are often starkly composed and flattened, stressing frontality in a manner that has been compared to Byzantine iconography and the paintings of Piero della Francesca and Giotto. ("Flatten my images [as if ironing them], without attenuating them," Bresson writes in his Notes.) The interstice becomes the essential in a visual style that often elides the obvious and concentrates on the moments and spaces before, between, or after: charged images of gestures and glances, of isolated objects and vacated places, of parts of the body (hands and feet especially) and the oft-remarked doors he frequently fixes on — which, in Bresson's cinema, are never merely doors, but portals for the soul.

Bresson's unique use of sound is one of the most admired and analyzed in all cinema, and his statements on it have become a kind of theology for some filmmakers. "In a film, sound and picture progress jointly, overtake each other, slip back, come together again, move forward jointly again," he told Michel Ciment. "What interests me, on a screen, is counterpoint." (Not for nothing was Bach his favourite composer.) From Diary of a Country Priest onwards — and most markedly in A Man Escaped (in its employment of natural sounds) and Lancelot du Lac (with its celebrated jousting tournament) — Bresson increasingly adhered to his dictum that, "when a sound can replace an image, cut the image or neutralize it." ("The ear goes more towards the within, the eye towards the outer," he declares; the spiritual injunction voir avec les oreilles — "see with the ears" — appears to pertain.) And, just as he often focuses on "vacant" spaces, his camera habitually lingering after a character has departed, Bresson also places a premium on the absence of sound: "Be sure of having used to the full all that is communicated by immobility and silence." ("Is [this] just a silent film with spoken titles?" André Bazin mused aloud of Diary.)

The result of Bresson's obdurate vision and style is a cinema of paradox, in which the denial of emotion creates emotionally overwhelming works; minimalism becomes plenitude; the withholding of information makes for narrative density; fragmentation evokes a sense of the world's wholeness; and attention to what Bresson called "the surface of the work" produces inexhaustible depth. Physical imprisonment becomes a metaphor or vehicle for spiritual release; a chaste aesthetic generates potent sensuality; interiority is manifested in a "language of things"; an intense materialism transforms objects and gestures into signifiers of the transcendent; and documentary naturalism becomes abstract formalism. "All is Grace," the expiring curé declares at the ending of Diary of a Country Priest, while in Mouchette and Le Diable probablement, suicide is heretically posited as a way out of a cruel, barren existence. And yet it is that same barbaric world that, through the sublimity of Bresson's art, can become suffused with spiritual mystery and the possibility of redemption.

Diary of a Country Priest

The Trial of Joan of Arc

Four Nights of a Dreamer