Student films are, for better and for worse, the building blocks for all movie-makers. For many, film school is a time for radical experimentation, to find your voice, to learn how to work with and within a community of your peers and to complete your postmodern re-enactment of Reservoir Dogs. However, within this pivotal time-frame, powerful movements can be born. Little did we know that at McMaster University in the late 1960s, a group of students were making work that would define the history of Canadian film.

Stephen Broomer, an avant-garde filmmaker (whose works have screened at our Wavelengths program), writer and professor at Ryerson University, is obsessed with The McMaster Film Board. A then-student initiative for truly independent filmmaking, this organization boasted such famous alumni as Ivan Reitman, John Hofsess, Patricia Murphy and Eugene Levy. In his new book Hamilton Babylon, Broomer chronicles the organization’s rise and fall as it shifts from from incubator of new film talent to ego-maniacal vanity project. It’s a fascinating case study for the Canadian film industry and must-read for any cinema completionist.

We spoke with Stephen Broomer ahead of tonight’s free Canadian Open Vault screening at 6:15pm, featuring early works directed by Eugene Levy, John Hofsess, Peter Rowe, Ivan Reitman and Jim Bennett, many of which were digitally restored by the author himself.

OKAY, SO THE MCMASTER FILM BOARD. WHAT WAS IT, WHO WAS A PART OF IT AND WHY SHOULD WE CARE?

The McMaster Film Board was a student filmmaking organization that was founded at McMaster University in 1966. Students would propose ideas, which would be vetted by a student board. They would then be given a small budget to make films on 8mm and 16mm camera and editing equipment. The membership was primarily composed of students who were already active in other aspects of campus art culture - the annual McMaster Art Festival, and McMaster’s annual musical revue, Proscenium. Some of those people would go on to make a significant impact in arts and culture, such as the actor Eugene Levy, community activist and television host Patricia Murphy, journalist Lawrence Martin, artist Bryce Kanbara, and filmmakers John Hofsess, Ivan Reitman, Peter Rowe, Daniel Goldberg, and others. The McMaster Film Board was not only a hub for filmmaking at a time when communication arts programs weren’t commonplace, it would also serve as a battleground for warring values among its membership. There was a divide between some who felt that film was a form for difficult, modern art, and others who saw it in strictly commercial terms __ DO YOU THINK THERE WAS A TYPIFIED AESTHETIC WITHIN THESE FILMS? AND HOW DID ITS MEMBERS AND THEIR FILMS, LIKE JOHN HOFSESS’ PALACE OF PLEASURE, INFLUENCE EACH OTHER?__

There are several aesthetic and thematic threads that run through the McMaster films. Those who were making avant-garde art, like John Hofsess and Peter Rowe, shared some affinities with the New York Underground. These were films that Hofsess and co-founder Patricia Murphy had brought to McMaster, introducing many of their classmates to experimental filmmaking. The narrative filmmakers tended to either make work that was wistful and sentimental, or that reflected the kinds of frustrated urges of youth without rebellion. So you had students making films about the search for love, the anxiety of finding one’s way in life, and so on.

Hofsess originated the idea of the McMaster Film Board and by illustrating that one could make films starring your friends about real and substantial ideas, he cut the forward path. One sees examples of later McMaster films that draw from his dual-screen aesthetic and that refer consciously (in flattering, or ironic ways) to his work Palace of Pleasure. But of those who came later, after 1968, Reitman was the forerunner, likewise demonstrating that personal filmmaking was a possibility.

WHO WERE THE BREAKTHROUGH STARS OF THIS GROUP?

The essential films of the McMaster Film Board are John Hofsess’ Palace of Pleasure, Peter Rowe’s Buffalo Airport Visions and Ivan Reitman’s Orientation. Palace of Pleasure remains one of the great unsung achievements of the New Cinema of the 1960s, a film with sincere therapeutic ambitions and an enthralling collage aesthetic. Rowe’s film follows in the same vein, but with a rich sense of humour, casting a sarcastic grin at his own generation. Reitman’s film shows a kind of reconciliation between youth and the establishment, in that it is designed to appease both. It caters to the desires of students who wanted, more than anything, to see themselves onscreen, and to make something wholesome by the standards of its era that the university administration wouldn’t condemn. This was important after all of the controversy that had been generated by Palace of Pleasure, which the Toronto police had seized in a vice raid and in which the student union had tried to hold in ransom to the filmmakers.

YOU DIGITALLY RESTORED THESE FILMS YOURSELF. WHAT IMPLORED YOU TO BRING THESE MOVIES BACK TO LIFE?

The main hurdle in digitally restoring these films was access. For some of these films, they had been sitting in boxes in archives unlabelled for years, some were sitting in the maker’s attics. The process itself was different object-by-object, for some it was as simple as cleaning and inspecting, scanning and then correcting colour, for others, and specifically for Palace of Pleasure, it was a more meticulous job of reconstructing a film that was in pieces and for which multiple versions existed.

I’ve been working on this project since I was 21, I’ve lived with these films for a long time. Even though I think some are stronger than others, I felt that they represented the youth of their makers, and that deserved my careful attention. That inspired me to follow through on the project.

__YOUR BOOK ARGUES FOR THE POWER AND MOMENTUM OF THIS GROUP, WHICH STARTED AS A PRODUCING AND DISTRIBUTION MODEL FOR TRULY INDEPENDENT FILMMAKERS AND EVENTUALLY BECAME A MANAGERIAL OUTLET FOR ITS MORE FAMOUS MEMBERS. WHAT HAPPENED TO THE MCMASTER FILM BOARD? __

What I’ve argued is that the McMaster Film Board collapsed because those who had taken hold of it by 1972 had a skewed sense of their own history. They were only interested in commercial filmmaking, but they didn’t really have a sense of what it was that people liked about movies. They took Reitman as a kind of role model, but what Ivan Reitman did at McMaster was not so different from what Hofsess and Rowe had done. He was basically trying to empower his fellow students to build something they could be proud of. He was interested in entertainment.

Those who followed Reitman simply thought that it was enough to push themselves as celebrities, to make the Film Board into an outlet for their egos. And that’s why it failed, it became too self-consciously populist in its intentions. The final president even tried to transition it into a campus television station, fully in the pocket of the administration. Membership dwindled, there was a lot of in-fighting and conflict with other campus groups. There was no sense of independence left, no sense of being independent from the university administration.

__THE FILMS OF THE MCMASTER FILM BOARD RANGE FROM THE WILDLY EXPERIMENTAL TO THE POPULIST SEX COMEDY. AS CANADIANS WE ARE ALWAYS TRYING TO FIND OURSELVES. IN WHAT WAYS DOES THIS ONE SPECIFIC FILM MOVEMENT WORK AS A CASE STUDY FOR THE NATIONAL IDENTITY OF CANADIAN FILM? __

These are films that were made around the centennial and there is a lurking sense of what Canada is, as a geography more than as a nation of any particular distinction. Many of these films turned to American forms for inspiration because there simply weren’t Canadian precedents for what they wanted to do.

The wildest of the experimental films had no precedent in the National Film Board (though Hofsess was very inspired by Claude Jutra’s À tout prendre), nor did the narrative comedies. Though these movies were driven by a kind of fratboy mentality, they were not subversive, raw dramas like those of Larry Kent. Once Reitman took hold of the board in 1968, the aim was strictly toward American forms. These were forms that speak to individuality, among other traits, and which are largely carefree of spirit. By making those American forms take purchase in Canada, that’s how a traditional Hollywood-style labour system could develop.

GIVE US A ONE-SENTENCE PITCH OF WHY EACH MOVIE IN TONIGHT’S PROGRAM IS AWESOME. 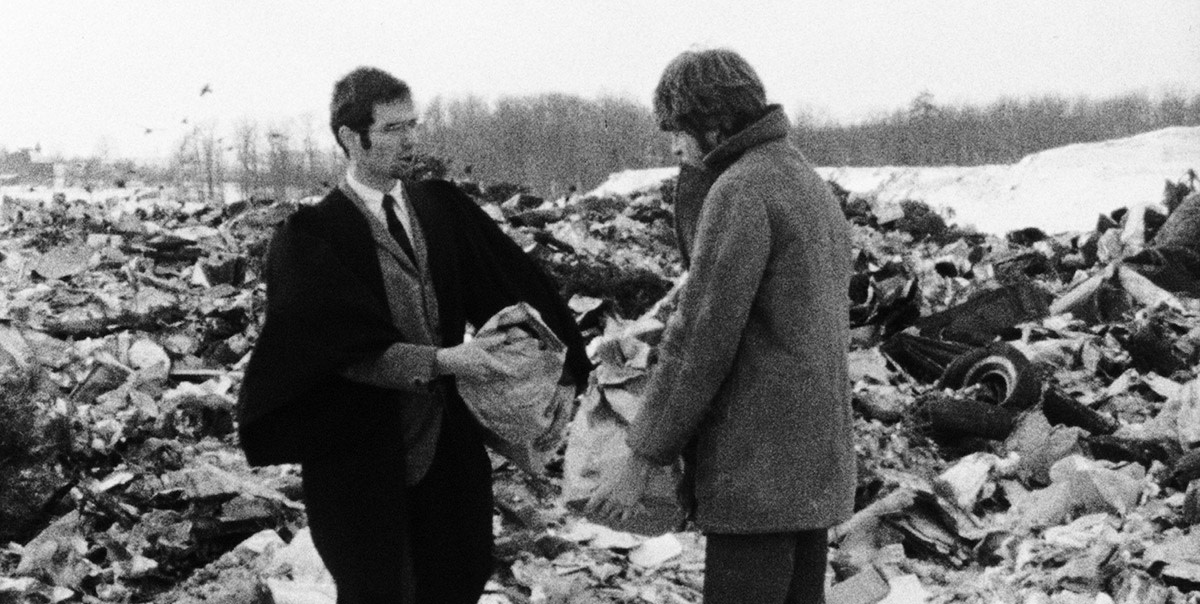 Broomer says: “a comic fantasy, a sensitive response to the prison of education, a wistful comparison between course readings and bags of garbage.” 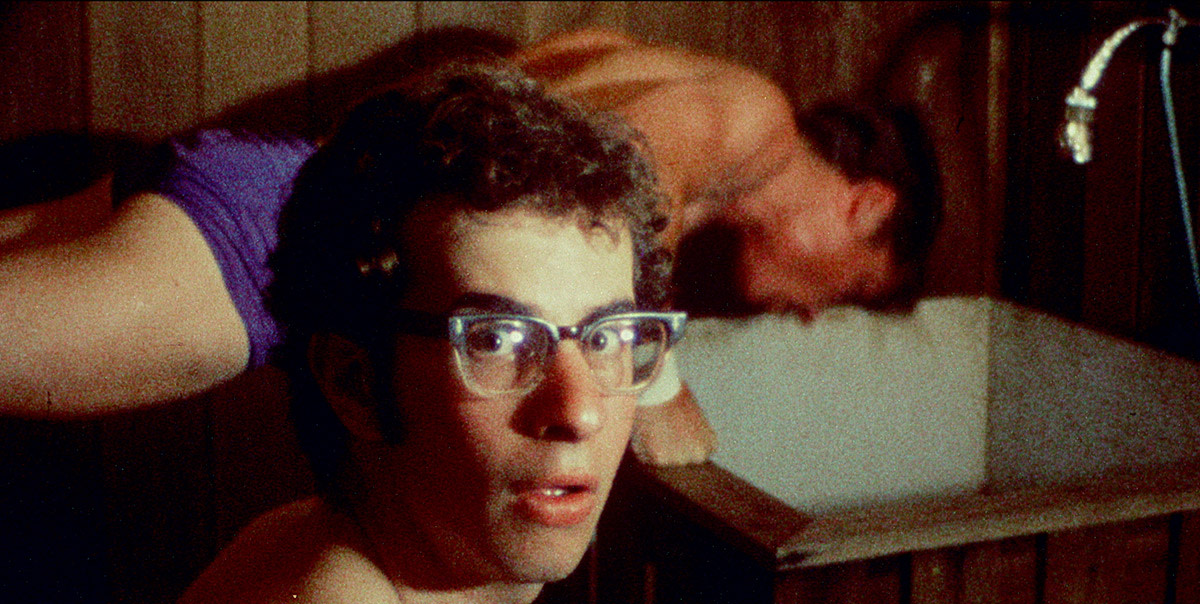 Broomer says: “the great commercial achievement of the MFB, a template for the frat comedy, the story follows the trials of a freshman at McMaster as he attempts to adjust to life on campus and as he pursues the opposite sex.” 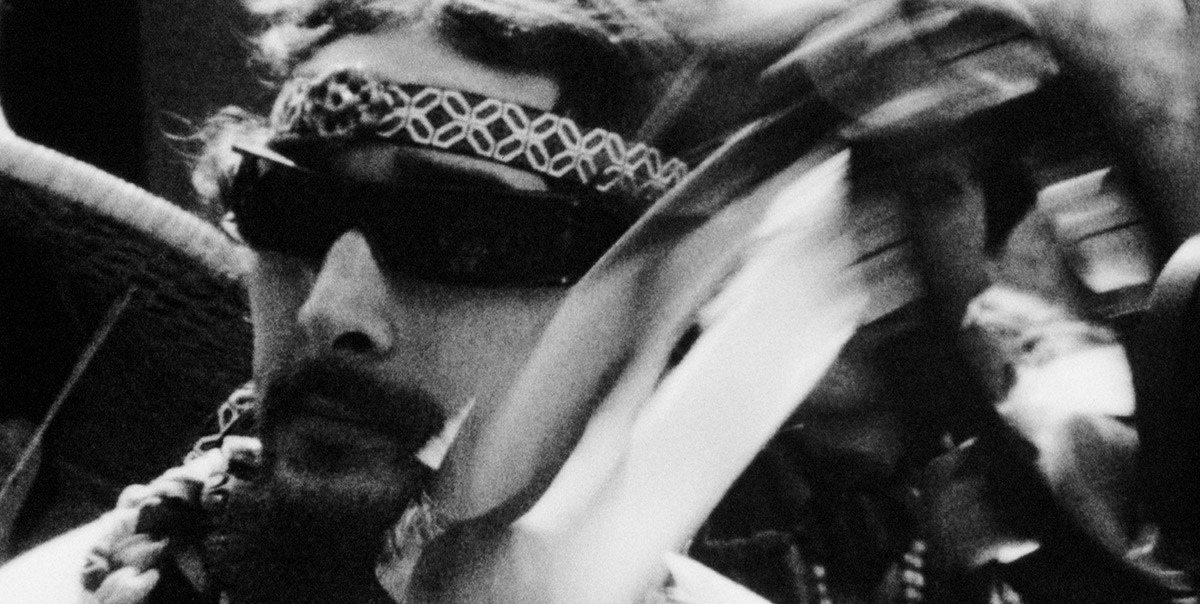 Broomer says: “the wilder and woolier forms of cinema vérité of Toronto in 1967 are mixed with staged scenes, a collage soundtrack and an insider’s study of youth culture done with a brilliant, sardonic sense of humour.” 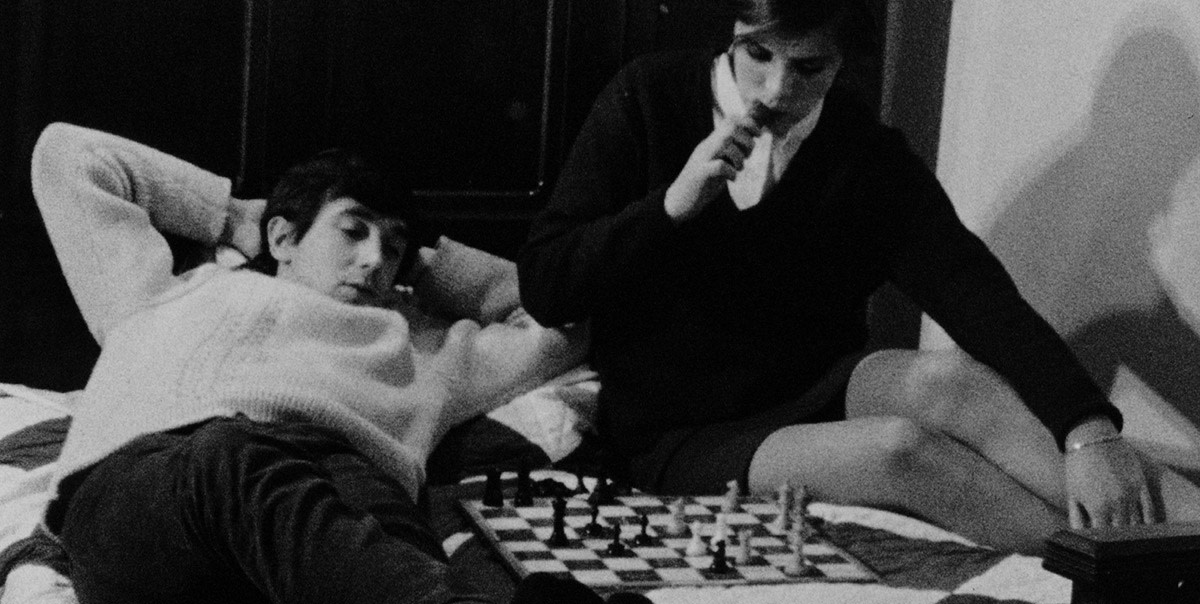 Broomer says: “a haunting film in which light and colour and form are healing forces against the pains and fractures of modern life - a séance of the senses, and an illustration of the possibilities for cinema to pierce and settle in us.”