The Classy Kind of Dirty Movie 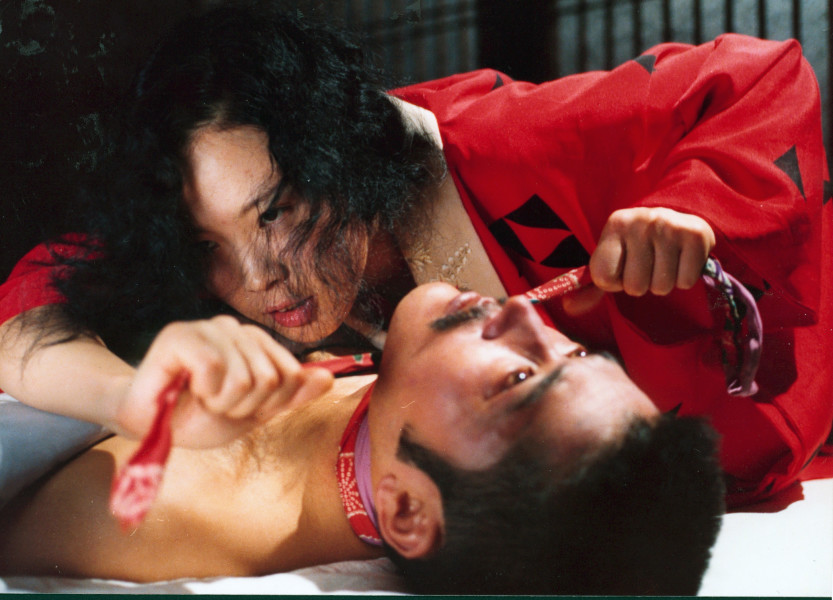 Like so many of the most taboo-busting classics of world cinema, Nagisa Oshima’s In the Realm of the Senses swiftly became infamous when it arrived in 1976 — but that doesn’t mean it was easy to actually see it. A sexually explicit take on a notorious true-life murder tale set against the rise of Japanese fascism in the 1930s, Senses was shot in 1975 on a Tokyo soundstage, but the footage was processed in France, as Oshima was concerned that the police would shut down the shoot due to the graphic content, which included unsimulated sex between its two lead actors, and a climactic act that male viewers would be especially squeamish about. (Spoiler alert: a big knife meets a very tender piece of anatomy.) As Oshima expected, the film has never been screened uncut in its homeland; instead, pubic-hair-wary censors obscured the sexual activity by adjusting the framing or blurring it out.

The film’s reception in France was more enthusiastic: for its premiere at Cannes in the Directors Fortnight, several screenings were added in response to the near-riot conditions caused by patrons desperate to see it. Nevertheless, it was banned and censored in nearly every other country. In the US, Customs Service officers prevented the film’s American debut at the New York Film Festival at Lincoln Center in 1967 due to an obscenity complaint (a similar battle with the Customs Service made a surprise smash out of Vilgot Sjöman’s I Am Curious (Yellow) in the late ’60s); in the UK, it could only be screened in private cinema clubs. Here in Canada, it was initially banned in every province except for Quebec (a fact that no doubt inspired much gloating by French Canadian cinephiles), and was only passed by the Ontario Film Review Board (with an R rating) in 1991.

Original US trailer for In the Realm of the Senses

For viewers living in an age when images of every possible obscenity and outrage are only a few clicks away, these bygone censorship battles may seem antiquated and irrelevant. Yet the movies that were at the middle of these storms retain an enviable mystique, as if these once-forbidden fruits — a basket that also includes Pier Paolo Pasolini’s Salò, or the 120 Days of Sodom (1976), Bernardo Bertolucci’s Last Tango in Paris (1972), Louis Malle’s Pretty Baby (1979), Volker Schlöndorff’s The Tin Drum (1979), Marco Bellocchio’s Devil in the Flesh (1986) and Catherine Breillat’s Fat Girl (2001) — will always be more tantalizing than any of the more graphic images available in our ever more NSFW times. They also burnish the heroic myth of foreign auteurs who brazenly blurred the boundaries between artistic expression and pornographic provocation, and who took advantage of creative contexts that gave them far more license than Hollywood could ever grant them. Such legendary directors continue to inspire contemporary filmmakers to push the same envelope, whether it’s Vincent Gallo getting a blowjob from Chloë Sevigny in The Brown Bunny (2003) or Gaspar Noé presenting 3D money shots in Love (2015). 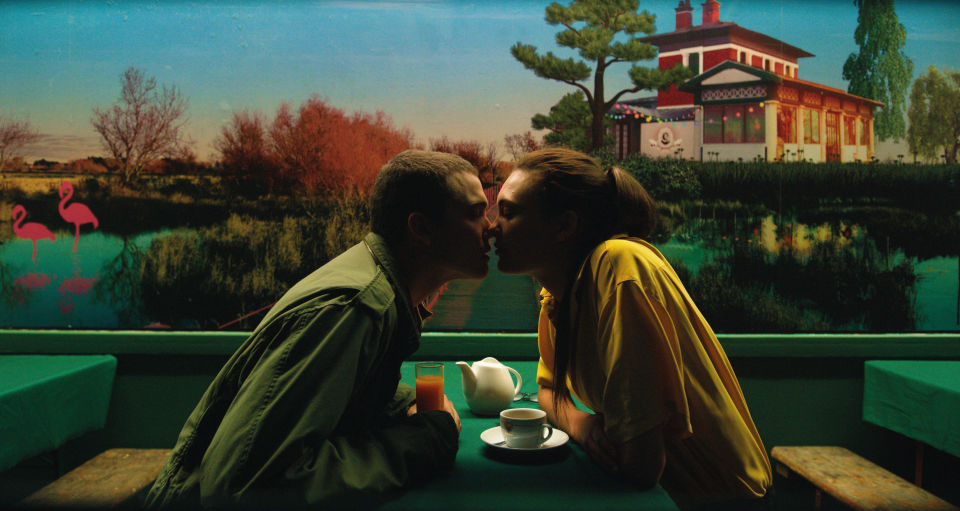 However, the infamy that the above-named works acquired had some unfortunate side effects as well, including their tendency to overshadow equal, or greater, achievements by the same auteurs. (If only Oshima’s majestic The Ceremony [1971] garnered a fraction as much attention as In the Realm of the Senses.) It also reinforces the more salacious associations that North American viewers have long had with the term “foreign film,” which isn’t so surprising given the once-prevalent presumption that such viewers would only sit through a subtitled film if it was packed with naked flesh. 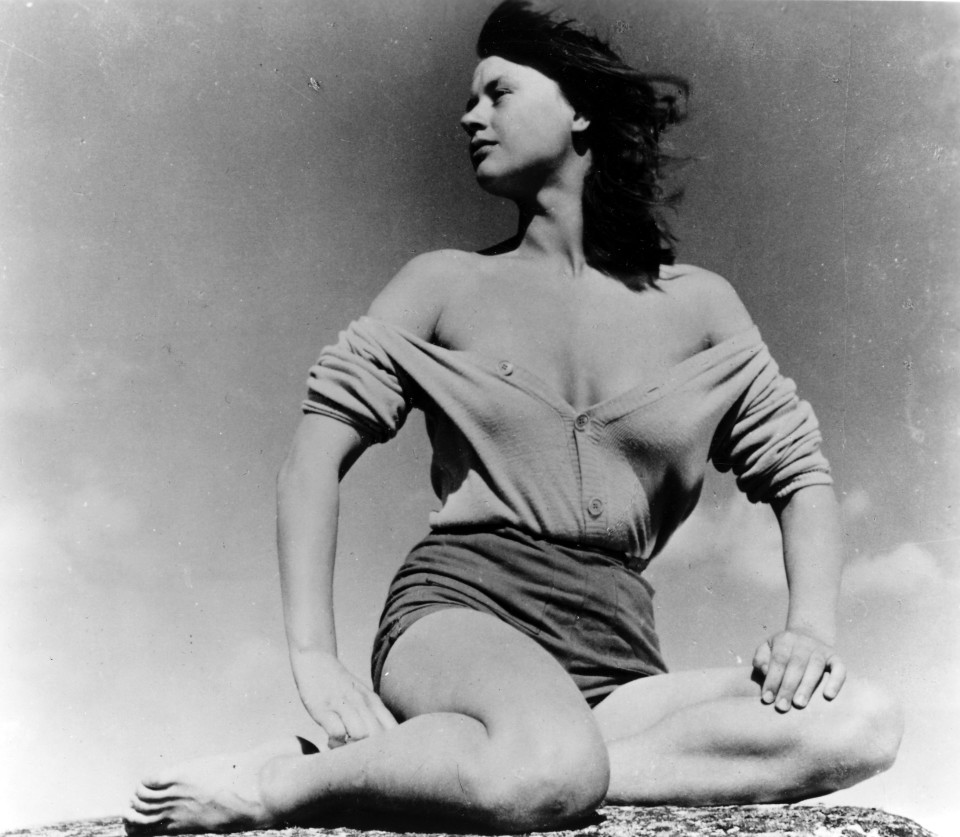 For example, just consider how Ingmar Bergman was introduced to American moviegoers. The audiences attending the great Swedish director’s films in the 1950s weren’t necessarily buying tickets to come appreciate the films’ high modernist aesthetic or Strindbergian symbolism: rather, like so many viewers who keenly appreciated the less repressive societal mores and lack of restrictions enjoyed by filmmakers from places far beyond Hollywood, they came to ogle naked actors.

American distributors stoked the fires of this prurient interest by repackaging several early Bergman films with “sexploitation” titles for the drive-in and grindhouse circuits. Three years after it received a more sober response in Europe, Bergman’s Summer Interlude (1951) was released as Illicit Interlude — billed as “The most intimate story ever told!” — with additional shots of nudist bathers provided by the American distributor. Most infamous of all was the case of Summer with Monika (1953), which legendary showman H. Kroger Babb cut from 95 to 62 minutes and sold with lines like “Naughty and nineteen” and “The Devil controls her by radar.”

In a book review of Bergman’s memoir The Magic Lantern in The New York Times in 1988, Woody Allen claimed that he got his first exposure to Bergman’s work when word got out about a Swedish film “in which a young woman swam completely naked.” He confesses to sleeping on the curb outside the theatre to ensure he had “the choicest, unobstructed seat” at the first screening. Of course, he came to appreciate Bergman for other reasons, but that time, it was all about Harriet Andersson. 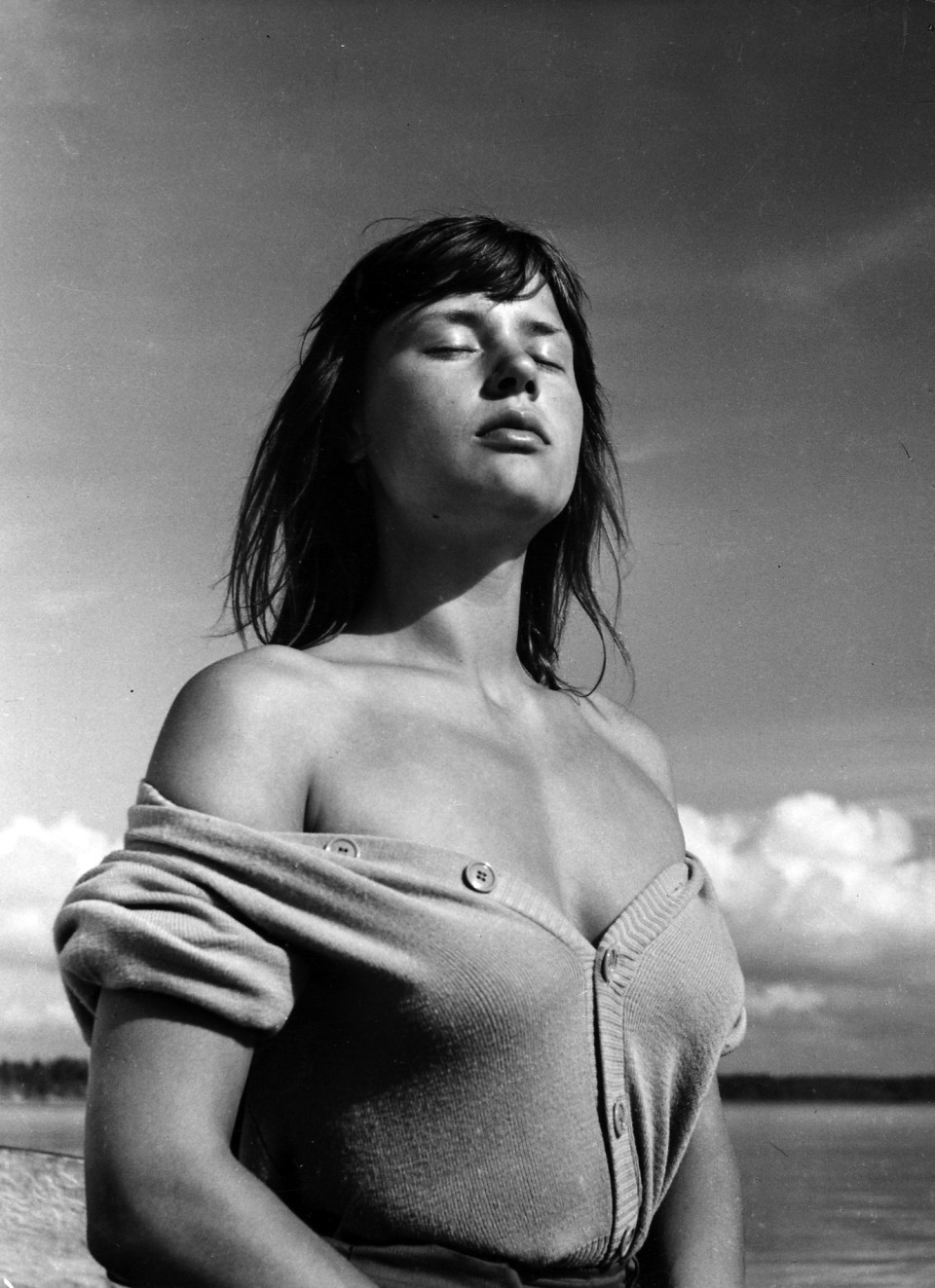 Harriet Andersson in Summer with Monika

By the late 1950s, the US releases of Bergman’s films and those of other European and Asian auteurs had become a more dignified affair thanks to Janus Films, the pioneering art-house distributor that later spawned the Criterion Collection. But there would often be a whiff of sexploitation-style marketing for many of the cinematic imports that constituted this more prestigious brand of dirty movie. Just a few years later, an enterprising distributor would add an exclamation mark to the title of Jean-Luc Godard’s Contempt (1963), as well as this tagline: “Bardot is the body beautiful… she knows it… and she shows it!” 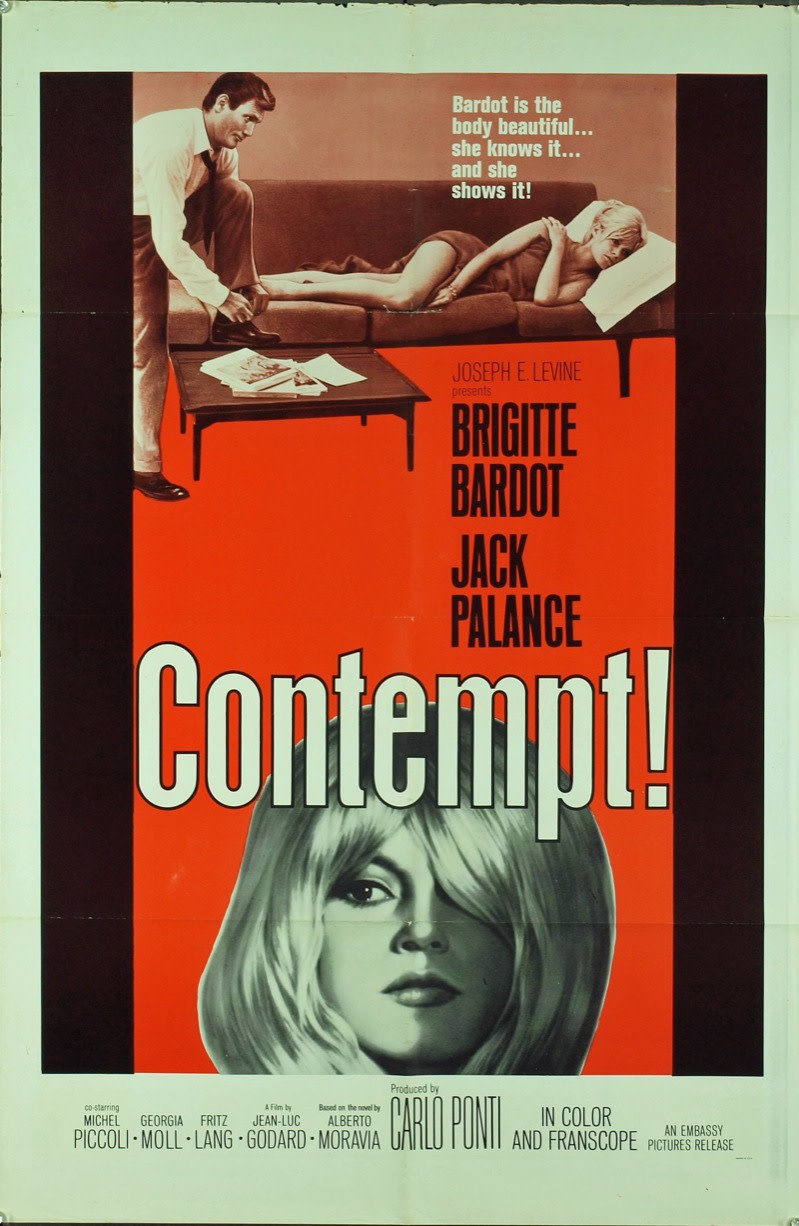 Or consider the gauzy nude shot on the iconic poster for Last Tango in Paris, a film that recently became the subject of controversy once again when the Twitterverse revived comments by Maria Schneider about Bertolucci’s manipulative on-set tactics, and the repugnant backstory for that scene with the butter. 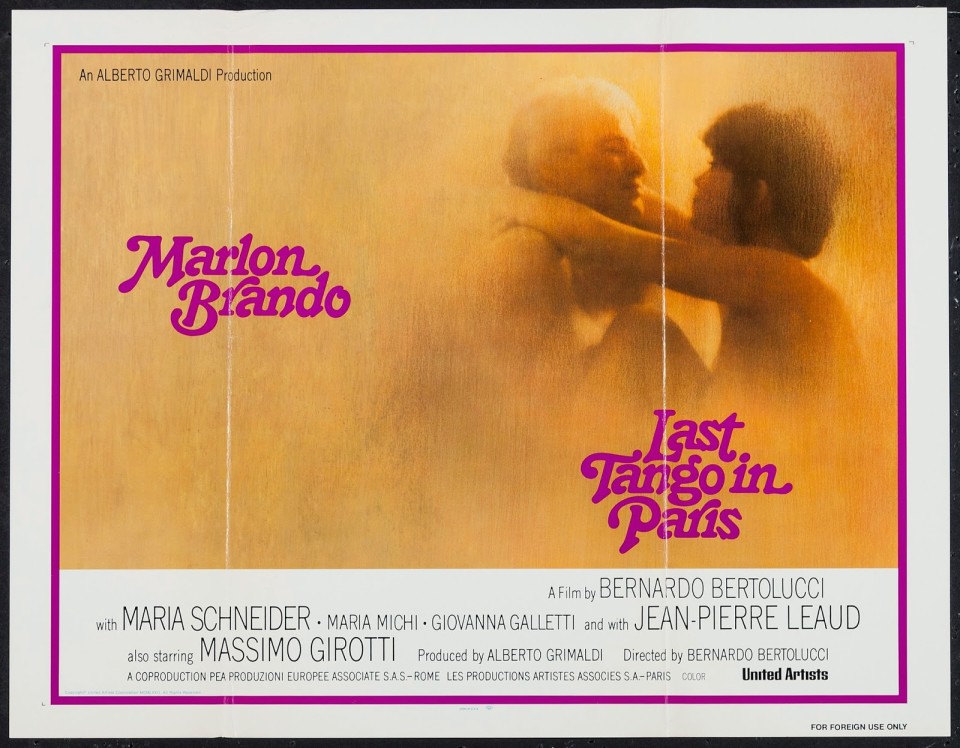 It’s also not hard to feel icky about the kind of cinema that Bertolucci’s high-toned mix of skeezy eroticism and pseudo-intellectualism would spawn. The most successful successors were Just Jaeckin’s Emmanuelle films, a tremendously popular series of softcore movies that offered a tonier cinema-going experience for patrons who didn’t want to sit next to some guy in a raincoat. 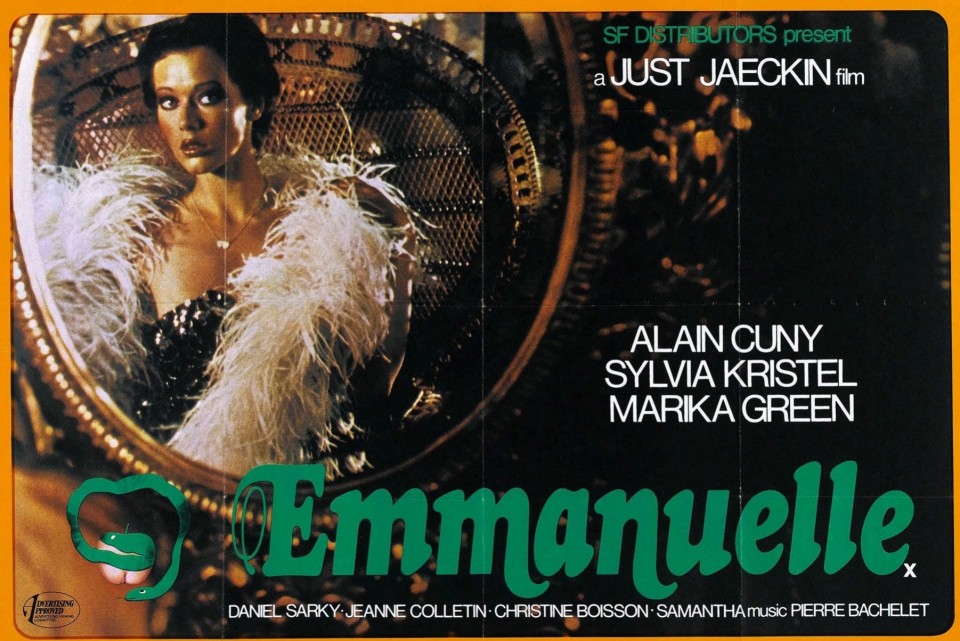 Though he was rather more revered by cinephiles than flesh-peddlers like Jaeckin, Pier Paolo Pasolini was a regular on the same seedy circuit with his boisterous adaptations of The Decameron (1971), The Canterbury Tales (1972) and The Arabian Nights (1974), all of which were rated X in the US. 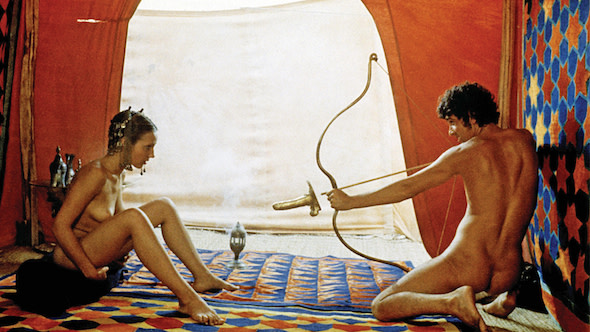 Among the American filmmakers who worked in the same (bulging) vein was Radley Metzger, whose audacious and visually sumptuous skin flicks — including Camille 2000 (1969), The Lickerish Quartet (1970) and The Opening of Misty Beethoven (1976) — would later serve as a template for Anna Biller’s recent cult hit The Love Witch. 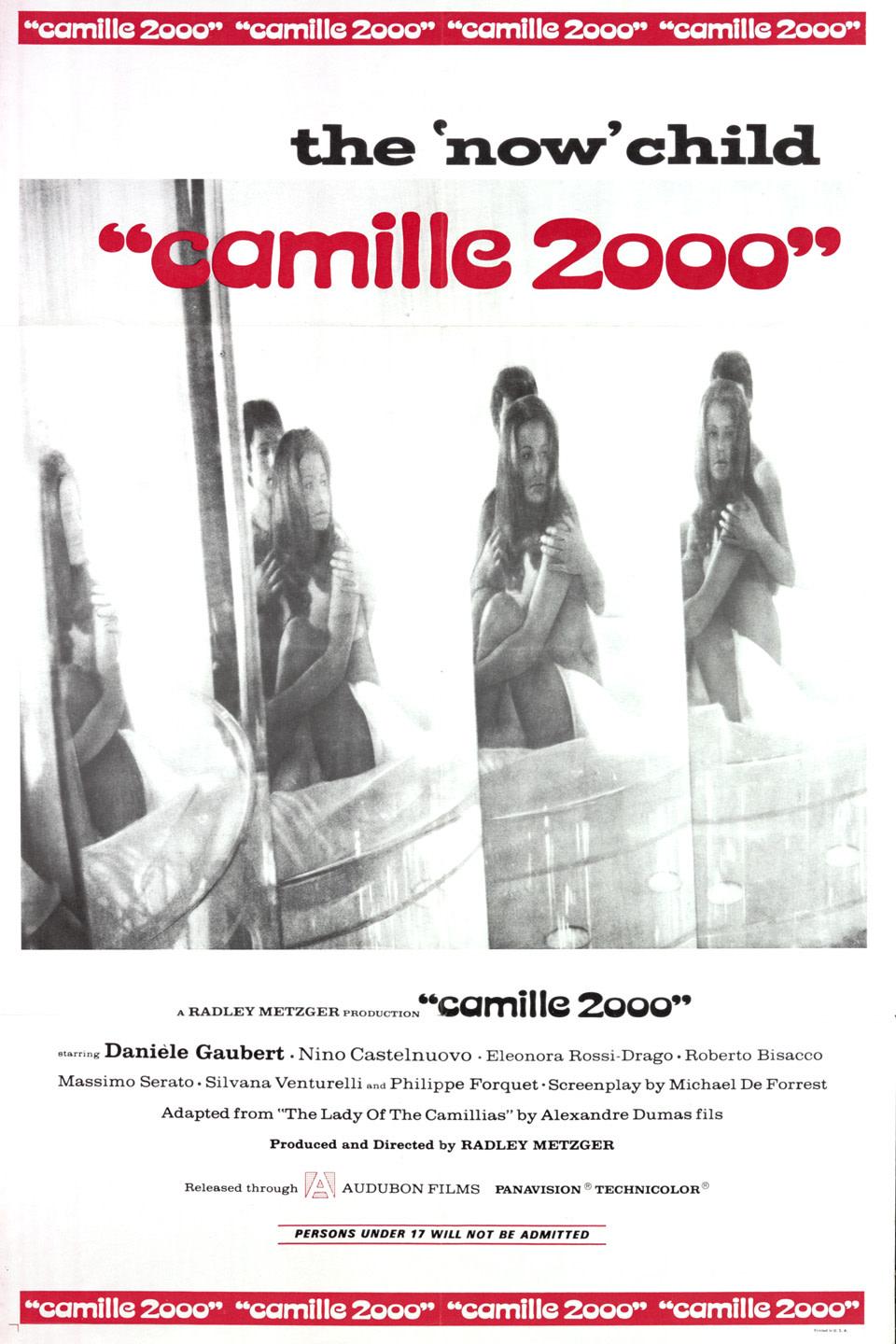 The 1970s would see Hollywood beginning to court the same adult audiences, with a series of boundary-pushing prestige pictures that took advantage of the decline of the studio system and the demise of the once-powerful Motion Picture Production Code. John Schlesinger’s Midnight Cowboy led the charge in 1969, making history as the first X-rated film to win the Oscar for Best Picture; it was followed by the franker likes of Mike Nichols’ Carnal Knowledge and Alan J. Pakula’s Klute (both 1971), the latter of which garnered Jane Fonda her first Best Actress Oscar. 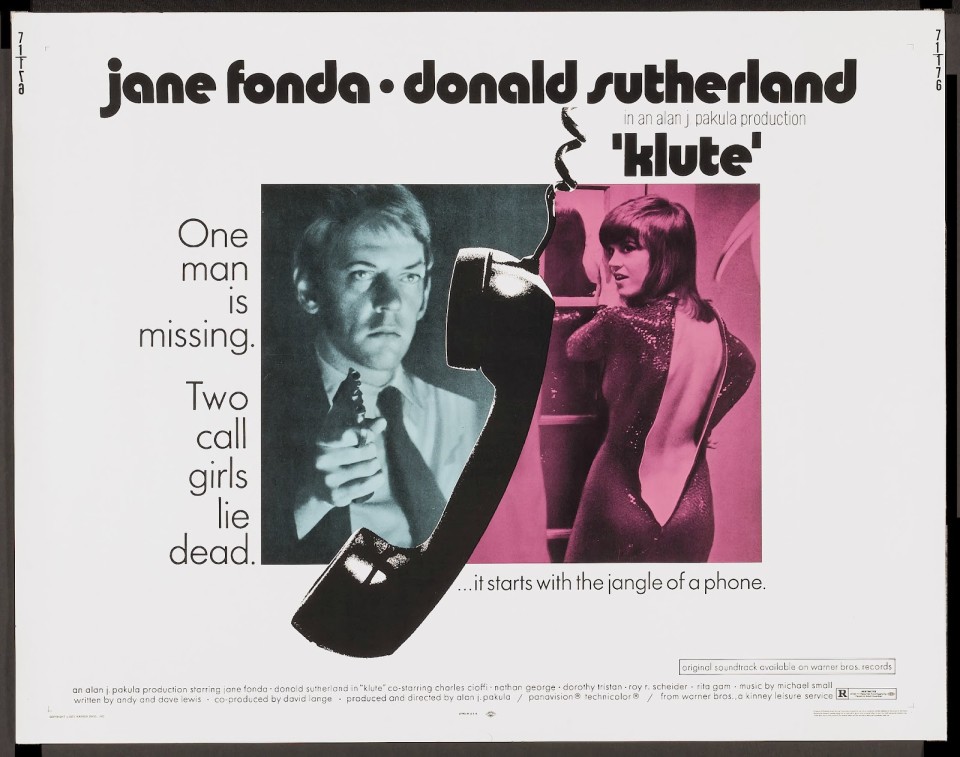 In 1979, the world would finally see the realization of that ignoble ambition when Penthouse publisher Bob Guccione and director Tinto Brass unleashed Caligula, a lurid portrait of Rome’s most depraved emperor that would forever stain the résumés of star Malcolm McDowell and unfortunate supporting players Sir John Gielgud, Peter O’Toole, and Dame Helen Mirren. 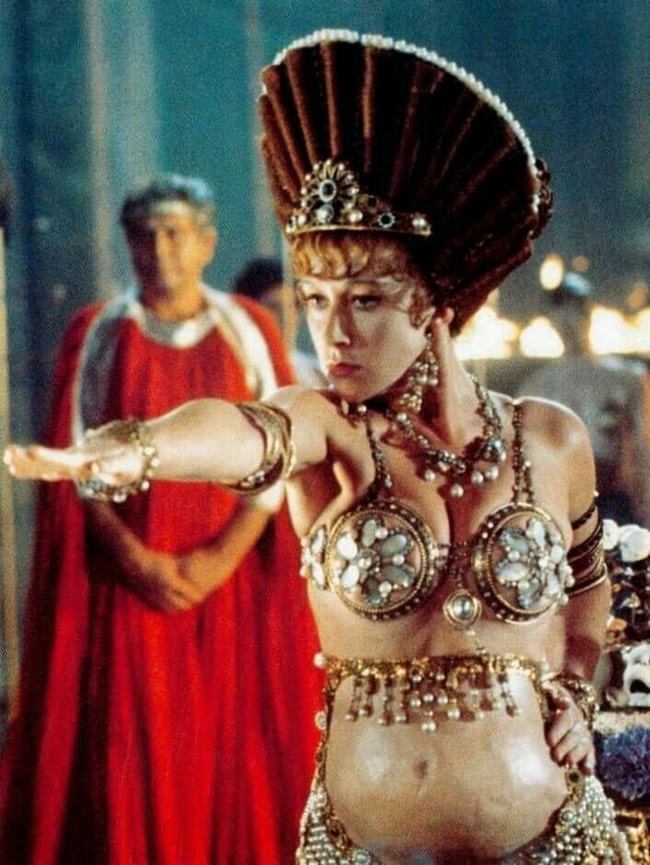 But Hollywood would never go all the way, so to speak. Even as it tolerated ever-further extremes of violence, the MPAA (which had replaced the Production Code office in 1968) would always be more punitive when it came to sexual content. Rather than open up a freer, more adult sensibility for American films, the NC-17 tag that replaced the X — which was first applied to Philip Kaufman’s literary biopic Henry & June (1990) — became a commercial kiss of death, with many theatre chains refusing to show any film with the rating. Art-house distributors developed the strategy of releasing their more contentious titles without ratings, which was the route that Miramax took when the MPAA gave an X rating to Peter Greenaway’s The Cook, the Thief, His Wife and Her Lover (1990) — a decision apparently driven by the black comedy’s brutal nature and taboo-busting cavalcade of scatology and cannibalism, rather than any explicit sex or violence. 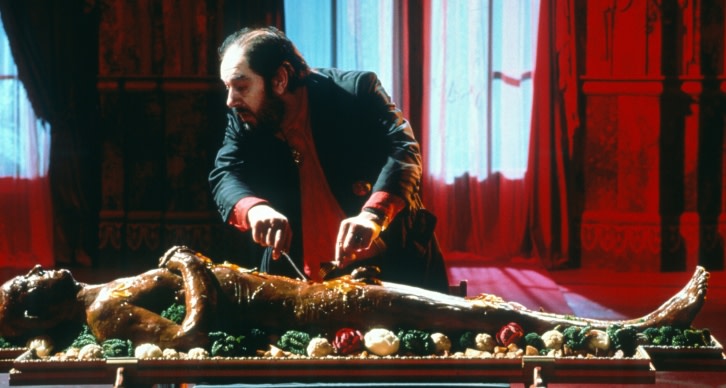 Peter Greenaway's The Cook, the Thief, His Wife and Her Lover

The strategy worked for Greenaway’s anti-Thatcherite assault, which became an art-house hit. But more often, unrated releases were consigned to the furthest margins of the marketplace. Later examples of auteurist films with unsimulated sex that garnered festival buzz — e.g., Cedric Kahn’s L’Ennui (1998), Michael Winterbottom’s Nine Songs (2004) — made a negligible impact. In 2006, Hedwig and the Angry Inch star and creator John Cameron Mitchell released Shortbus, a New York-set comedy-drama whose performers exchanged both snappy quips and bodily fluids, resulting in what was essentially a Woody Allen movie with money shots. Sadly, that combination was not a turn-on for the masses, and Mitchell’s courageous gambit has yet to be repeated by a mainstream filmmaker. Likewise, Lars von Trier’s two-volume Nymphomaniac could never live up to the hype in 2014, especially when it turned out to resemble some heretofore-lost installment of the Emmanuelle franchise. 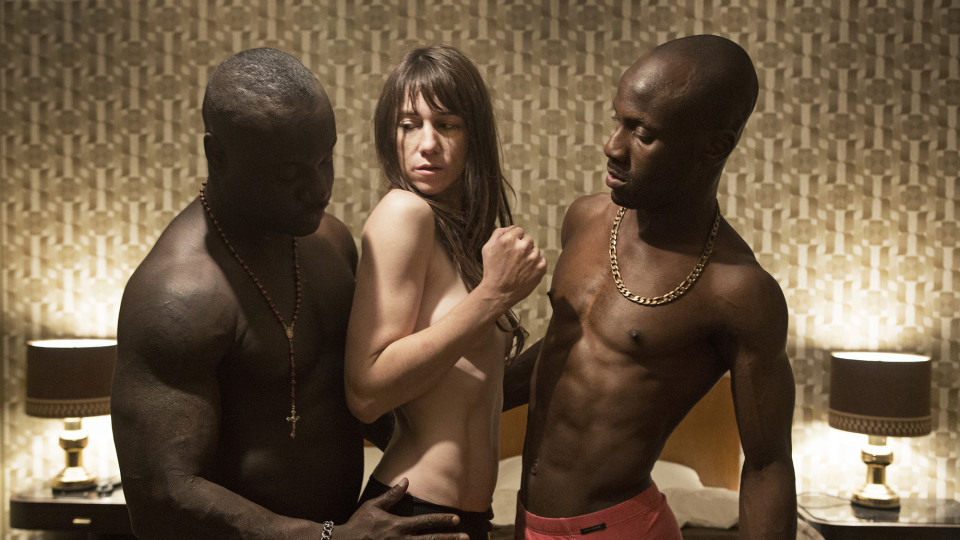 For a contemporary art-house title to really attain the same notoriety as In the Realm of the Senses has required another variety of taboo-busting. Thanks to its explicit sexual violence, Virginie Despentes and Coralie Trinh Thi’s rape-revenge thriller Baise-moi (2000) was the first film to be banned in France in 28 years, and quickly became a cause célèbre. (Not to be left out, Ontario banned it, too.) A year later, the explicit representation of underage sexuality in Fat Girl made Breillat’s teen drama nearly as controversial as Pretty Baby had been for Louis Malle and Brooke Shields in 1979. 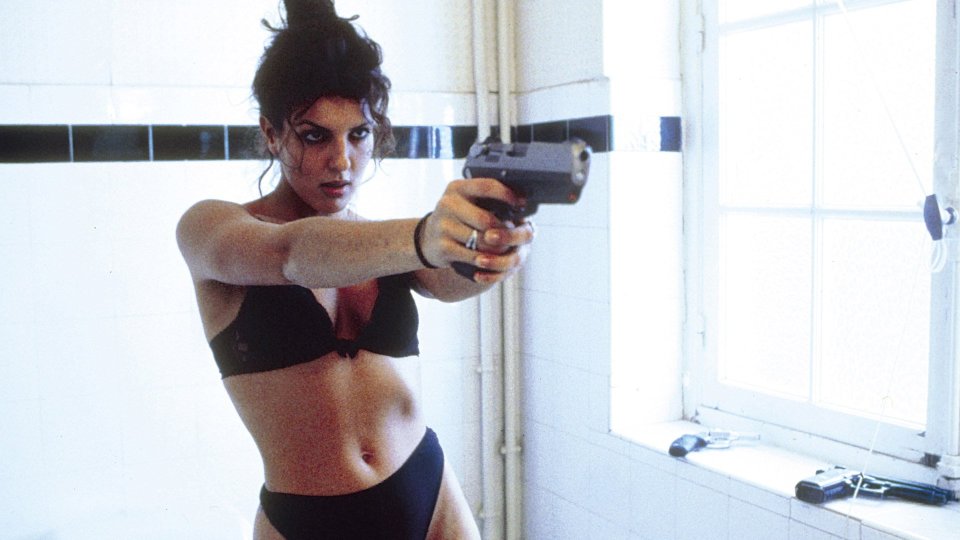 Clearly, the mystique attained by X-rated art-house classics like In the Realm of the Senses is not so easily replicated in an era when cinema can hardly compete with real life when it comes to its capacity to shock and provoke. Not that mere titillation was ever Oshima’s intention: in an essay republished in the Criterion Collection’s edition of Senses, Donald Richie makes the convincing case that the film should never have been considered pornographic, arguing that the presentation and style of Oshima’s sex scenes are too different from standard skin flicks to produce the same effects. The naked bodies and sexual acts of the film’s ill-fated lovers become something other than the focus here, prompting an emotional and psychological shift that encourages viewers to “experience the very empathy that prevents our feelings from being merely lustful, possessive, sexual.” Oshima himself deemed the film to be a political work first and foremost; the rise of Japanese fascism becomes a kind of structuring absence in the film, since it is represented only fleetingly. 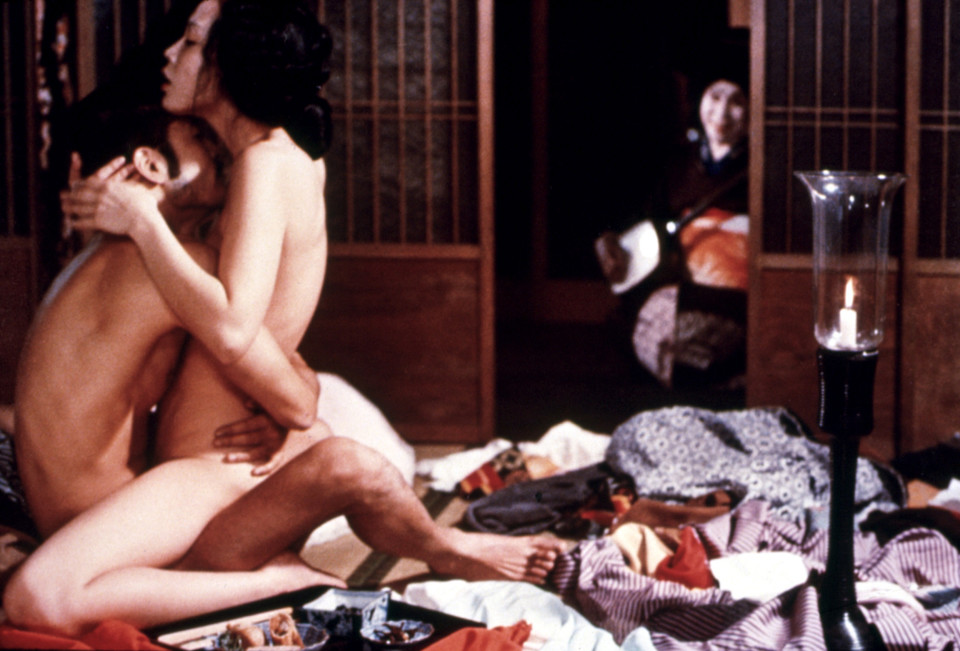