Shield your eyes and gird your loins, k?

The late Polish director Andrzej Żulawski left behind an extensive body of work. From depressing horror to the post-traumatic consequences of war, Żulawski’s films slide under your skin like parasitic dread. His style is breathtaking. The movies are composites of long tracking shots, mesmerizing handheld camerawork and unforgettable, heart-wrenching performances by actors whose emotions burn a hole into the screen.

The Polish auteur was also pretty good at crafting scenes that required some high-quality eyebleach after watching. Said [the director to Film Comment](http://tiff.net/theslate/(http://www.filmcomment.com/blog/locarno-interview-andrzej-zulawski/): “The only thing that I cannot sustain in cinema is boredom.” And it certainly shows. Żulawski doesn’t economize on the shocking, the baffling or the disturbing. Instead, he carved up his own category and rolled with it until the world recognized him in all his ecstatic madness.

At TIFF Bell Lightbox, our summer programme Mad Love: Andrzej Żulawski’s Cinema Hysteria runs from now all the way to August 6th, showing the director’s interpretations on explicit sex, metaphysical horror and even a take on the screwball comedy. Here are some of the strangest, most disturbing moments in his films. And FYI for eyebleach, we recommend videos of dogs in swimming pools and this video of the hamster eating a banana. 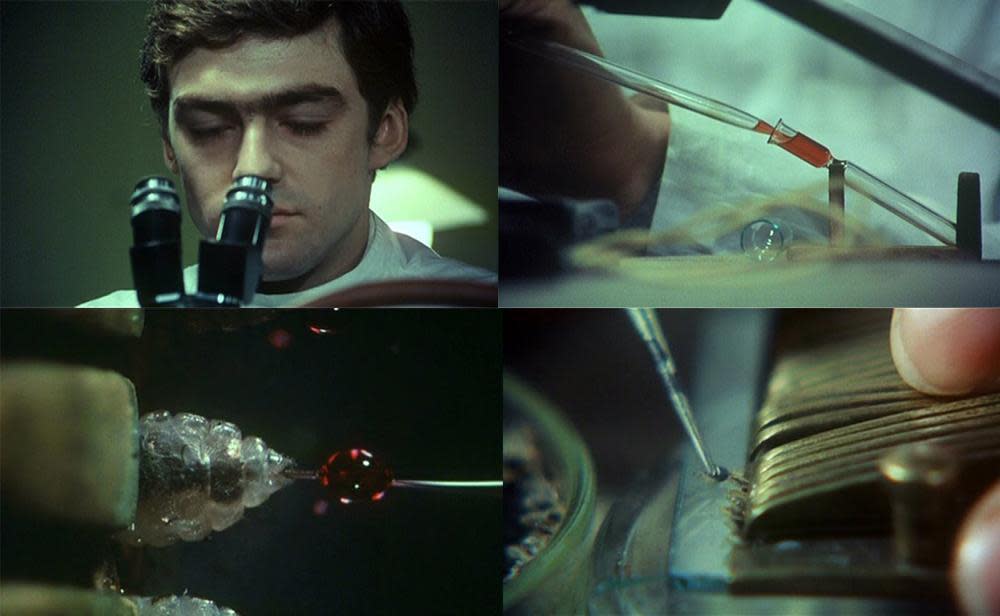 What We Still Can't Un-See: Several extreme close-ups of lice under a microscope

The Movie: Żulawski hit the ground running with his first movie. Inspired by his father’s experiences during German-occupied Poland, his film follows a fugitive who witnesses his family’s murder at the hands of Nazi soldiers. The traumatic event hurls him into a post-traumatic reality of doppelgangers, waking nightmares and paranoid dread. (Which might just describe Żulawski’s whole oeuvre.)

The Scene: Michal finds work at a laboratory that uses lice to test for a typhus vaccine. And while this may sound made-up and dystopian, it’s based on real events: Żulawski’s father worked at the Rudolph Weigl Institute where these experiments took place.

All of the scenes that feature lice come from a whole other realm of disturbing. During one unnecessarily microscopic shot, we see Michal’s needle drawing blood from the squirming insects. 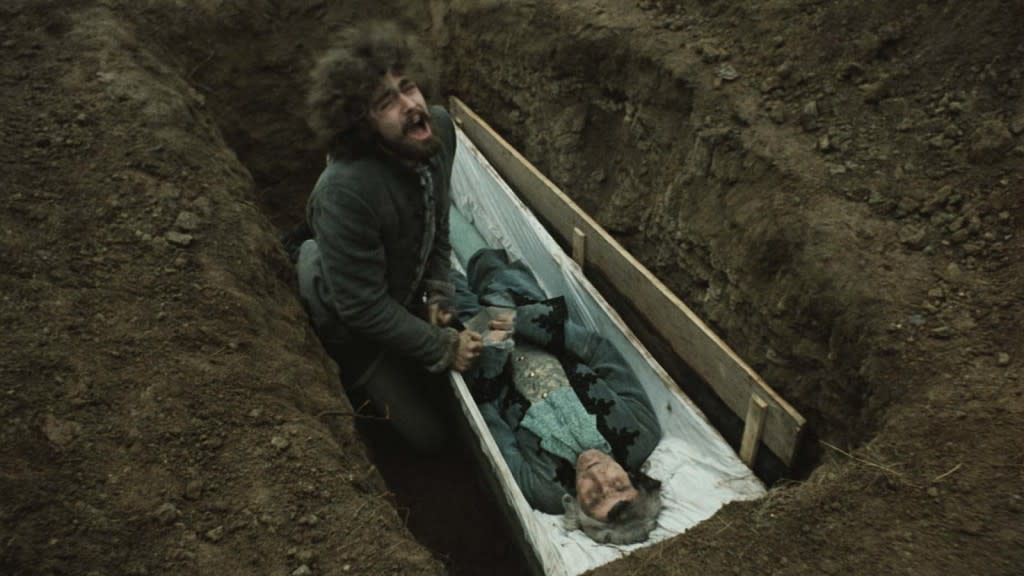 What We Still Can't Un-See: An explicit sex scene between mother and son

The Movie: For his second film, Żulawski decided to portray another trauma in Polish history: the Prussian invasion of 1793. The story follows Jakub, an anti-royalist nobleman who wanders through the countryside in a haze. Manipulated by a mysterious cloaked figure, he commits atrocities triggered by the depravity that he sees around him. This is the film that got the director exiled from Poland, due to its thinly-veiled references to the country’s anti-protest policies from 1968. Although, let’s face it: the gruesome violence and graphic sex could have also played a role.

The Scene: After being released from his imprisonment, Jakub returns home. He finds out that his fiancé eloped with his best friend, his father committed suicide and his mother became a prostitute. On two separate occasions, Jakub nearly has sex with his mom. We’re talking second-base, naked writhing, until Żulawski’s divine intervention pulls them apart just as they’re about to seal the deal. Thanks for that. 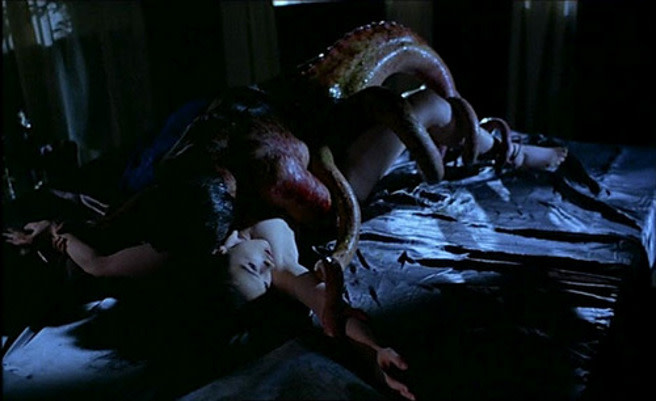 What We Still Can't Un-See: It’s a tie between a miscarriage in a subway tunnel and an alien tentacle sex scene

The Movie: Sam Neill plays Mark, an international spy who returns home to find out that his wife, Anna (Isabelle Adjani), is leaving him for another man. In an attempt to get her back, Mark sets out to find the mysterious lover that threatens to split their family apart. His paranoia, impotence and heartbreak send him on a journey of the supernatural with alien possessions, the apocalypse and doppelgangers.

The Scene: Possession really needs its own list. From scene one, the movie gets under your skin with the constant feeling that something is off. And then, like a slimy slap to the face, what you thought the movie would be gets shut down. There’s an explicit alien sex scene that fills the viewer with dread. And we don’t know what’s worse: the scene itself or knowing that the alien was designed by Carlo Rambaldi, the man who made sweet, lovable E.T.

The famous subway scene is a combination of perfectly horrible things: Isabelle Adjani’s madness as she bounces from wall to wall, the flailing of the groceries until they smash and spill everywhere. There’s no one around to witness the meltdown when she finally miscarries in the subway, gore and viscera included. 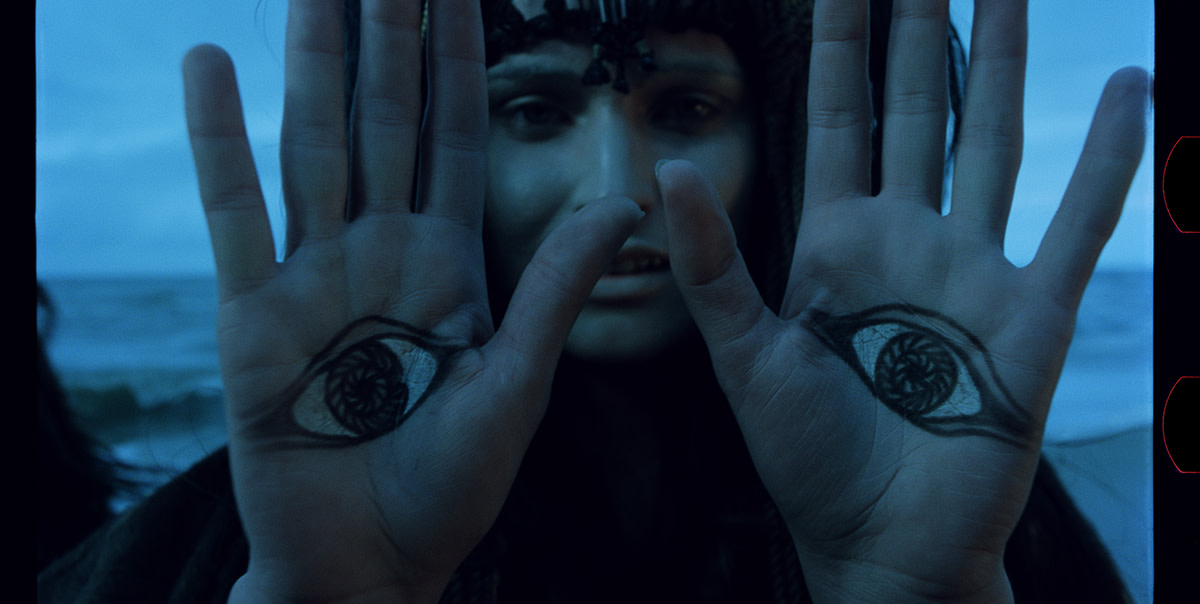 The Movie: After the success of his French film, L’important c’est d’aimer, Żulawski was invited to return to Poland to make another movie. On the Silver Globe, based on The Lunar Trilogy written by his uncle Jerzy Żulawski, was the result of this return to the homeland. The movie tells the story of a group of stranded astronauts who spawn a new civilization in the moon. The new society eventually descends into chaos, savagery and superstition. The filming was eventually halted by an oppressive cultural minister, freezing the film’s production for 10 years. When the director returned to it, he joined the footage using his narration to fill the gaps in the story.

The Scene: This movie is a sequence of baffling, cannot-unsee moments: the giant bird creatures (and the women having sex with them), the gruesome impaling shots on a beach (complete with dripping guts) and the communal stoning of a naked man.

Are you a glutton for punishment? Cringe all summer long with more films from our Andrzej Żulawski programmehttps://http://tiff.net/summer2016-cinematheque/mad-love-andrzej-zulawskis-cinema-hysteria and get shocked into the sublime.