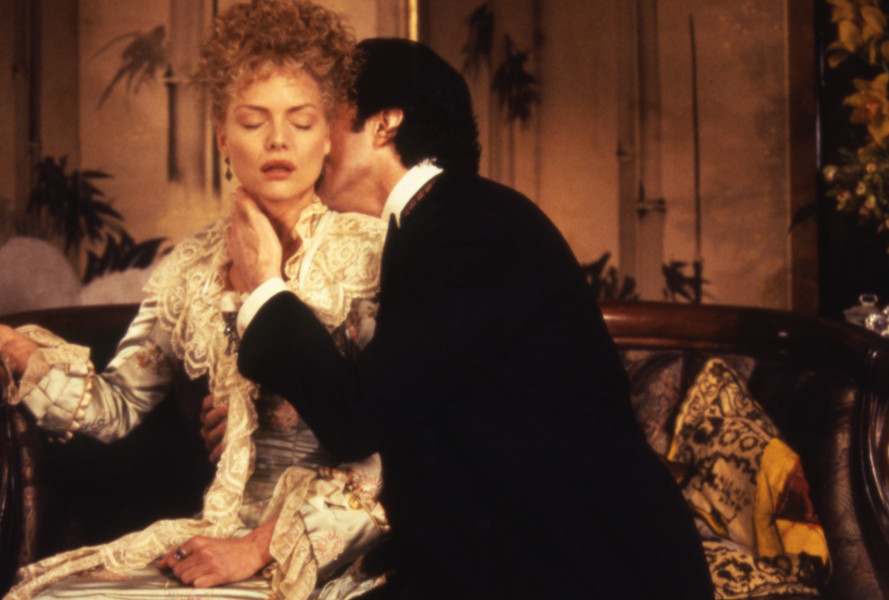 The Age of Innocence shows the other Scorsese

Finding power in the silence of heartbreak

Declaring any single film out of Martin Scorsese’s vast oeuvre to be his best is a fool’s errand. But if I’m forced to pick a personal favourite, it would be one of his most neglected, overlooked masterpieces: The Age of Innocence (1993), which screens Monday, June 25 at TIFF Bell Lightbox in a new 4K digital restoration with special guest screenwriter Jay Cocks. Trust me, I’m not here to argue against the validity of Taxi Driver, Raging Bull and Goodfellas. Scorsese is the most celebrated of all living American filmmakers, and yet, he may be one of the most misunderstood. His tales of male anguish and abuse, of obsession, of existential dread and emptiness, of sin (more expansive than just violence, real mortal sin), of artistic ambition and fear of failure is not limited to any single genre. At no point in his career has Scorsese stopped trying to push the medium forward. He has reinvented himself time and time again.

The Dalai Lama, Howard Hughes, a single mother on the road with her son, an all-star rock group exhausted with their lifestyle, star-crossed lovers in a jazz band, a hapless everyman on the worst night of his life, a pool shark, a sociopathic wannabe comedian and Jesus Christ(!) — that range of subjects and characters across his films alone puts most filmmakers to shame. Even within the crime films he’s best known for, it is the other qualities irrespective of the genre that resonate most strongly. Casino is a tragic opera hardly about gangsters at all, but rather the relentless pain and unhappiness associated with self-destructive characters bound and destroyed by their relationships with each other.

That brings us back to The Age of Innocence. Part of a string of features that found the auteur at his most formally exuberant and innovative, from 1991’s Cape Fear through to The Age of Innocence, Casino and Kundun in 1997, every shot is painstakingly composed, each sequence constructed with a level of grace that would make the classical Hollywood greats weep. It’s a film that may appear as one of the least Scorsese of all Scorsese films (at least on this side of Kundun). There are no guns, no Rolling Stones music cues, no wise guys to be whacked. The film is adapted from Edith Wharton’s 1920 novel The Age of Innocence, a devastating story of repression, societal oppression and unrealized romance. It follows the decades-long would-be love affair of Newland Archer (Daniel Day-Lewis) and the Countess Ellen Olenska (Michelle Pfeiffer), beginning in the 1870s. Opening at a virtuoso sequence set at an opera, watchers and whisperers divide their attention between the unabashed emotions onstage and the potential sources of intrigue amongst those sitting in the audience. In Scorsese’s world, insecurities and envy manifest in venomous gossip staged in smoking rooms. No one says what they mean and if they did, their place in this society would be threatened. Come to think of it, that’s not so far removed from the high stakes of the social order of gangsters in Goodfellas, Gangs of New York or Mean Streets.

In the film, Newland Archer is already happily engaged to May Welland (Winona Ryder) in a union that will bring two of New York’s finest families together. But the Countess, who has just returned from Poland where her marriage has resulted in scandal, immediately catches his eye. Ostracized for having abandoned her unfaithful husband (and moreover for wanting a divorce), Countess Olenska earns the sympathy and admiration of a high-stationed man who secretly questions the values that he and others slavishly uphold. As time passes, Newland remains loyal to his betrothed, even as their romance dwindles. In his meetings with Olenska, ostensibly to advise her on her divorce, their cast glances and imagined embraces are as intimate as any relationship can become.

Omnisciently narrated by Joanne Woodward, Scorsese takes advantage of expository scene-setting done in voiceover, permitting him to focus on crafting intricate sequences that unfold a world of appearances and coded behaviour in purely cinematic terms. In a party held at the Beaufort House — Beaufort being a powerful man who also has his eyes on Olenska — a ballroom comes alive in a graceful series of dissolves, filling up with people who are as ornamental as any of the lavish décor that surrounds them. Scorsese tracks behind Archer, who crosses cavernous drawing rooms, offering his dutiful greetings along the way. Here, the mise-en-scène emphasizes decadence and posturing at every turn with a painterly sensibility.

The increasingly frustrated Archer also strategically defends Olenska in formal settings. There’s a dinner table scene that frames key characters between candles, articulating the invisible oppression that controls Wharton’s society. In a post-prandial chat in the smoking room, the men can speak a little more freely, but still with the utmost of tact. It’s complete with the ceremonial lighting and puffing of cigars.

Just like in his previous work, Scorsese’s use of objects and colours tell us much about the hidden yearnings of his characters: an iris-in to May’s engagement ring emphasizes its high social value, whereas an iris-in on the roses Archer sends to Countess Olenska emphasizes their lush yellow in contrast to the palette from which she stands out to him. These yellow roses also relates to the opening opera sequence, which plays a symbolic role in the performance. Meanwhile, the obligatory Lily-of-the-valley that Archer sends his fiancée act in parallel to the white flower he wears over his heart in the opening scene. Archer is a character who is always in crisis with what he presents to the world, and what remains repressed and acted out for him.

During every conversation the two would-be lovers have at Olenska’s home, a fireplace crackles with the desire they can’t act on. Eventually, the room’s furniture is covered up as the opportunity fades. Clasped hands and muted expressions tell us everything we need to know. Inspired by the subtextual emotions under the surface of Stanley Kubrick’s meticulously-designed Barry Lyndon, even Scorsese’s shot-reverse-shot sequences move according to a sense of musicality. The specificity of the milieu is one thing, but the film’s transcendent beauty comes from its articulation of lives lived and the paths not taken, the decisions we make and the doors we close, whether by our own accord or to preserve social standing. Memories of love and missed opportunities and its insistence in mingling with our present, is shown in melancholic elegance. Finally, Scorsese’s momentous style is harnessed for a less masculine and more formalized approach. For me, The Age of Innocence is Scorsese’s opus. It’s his most emotional and most expressive movie, at least as wrenchingly personal as the films that made his name, finding power at its loudest in the eloquent silence of heartbreak.