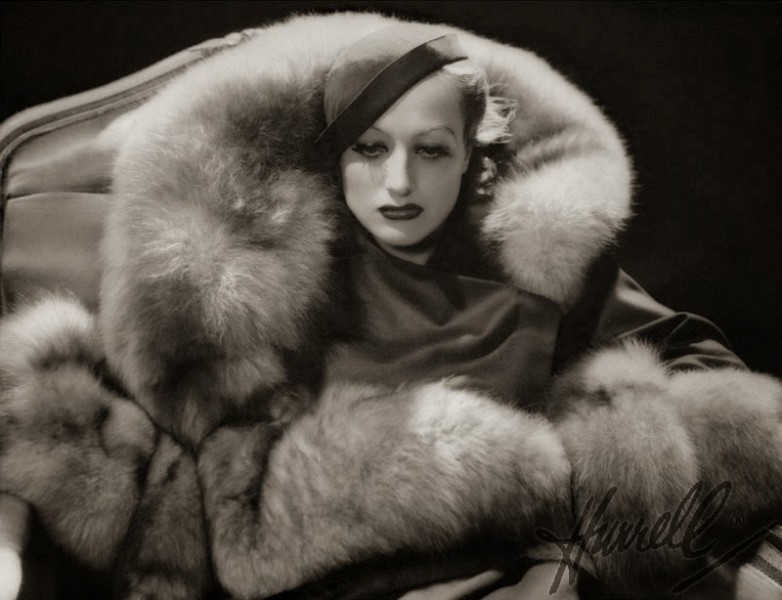 1. How was it that Joan Crawford scrambled the genre of so many films she appeared in, turning romance, comedy, western, musical, and melodrama into something heavily tinged with noir?

2. Why does the word “mask” (in some extreme cases, “kabuki mask”) recur so frequently in descriptions of her?

3. Why, unlike her obsession and nemesis Bette Davis, did she work with so many great Hollywood auteurs (George Cukor, Otto Preminger, Robert Aldrich, Michael Curtiz, Nicholas Ray, Frank Borzage) while Davis confined herself to mostly B-list directors (William Wyler being the major exception)?

4. Why did her late career concentrate almost exclusively on horror, culminating in the British Guignol of Trog?

5. How did the viperous domestic monster portrayed in her adoptive daughter Christina’s scandalous memoir, Mommie Dearest, project such fraught neediness and vulnerability on screen?

6. Why did James Agee admire Crawford so much, sometimes to the distress of her arch-rival Bette Davis? (e.g., Agee claimed that Crawford gave “the best performance of her career” in Mildred Pierce, a role that Davis had turned down, while he criticized Bette’s playing of the schoolmistress heroine in the contemporaneous The Corn is Green as too prim and self-limiting — leading a miffed Davis to snarl in reply, “That shit doesn’t know anything about acting, and furthermore he’s illiterate.”)

7. Why did Depression-era audiences first love her in “working girl” roles, then come to spurn her, leading to her inclusion on a list of stars considered “Box-Office Poison”? (At least she was in some very good company: Astaire, Garbo, Hepburn, etc.)

8. Why did her line readings often smack of elocutionary lessons?

9. Did the recurring narrative in which her character feuds with another woman reflect the real-life rivalry or conflict she had with other actresses (Norma Shearer, Mary Pickford, Mercedes McCambridge, and of course Bette Davis)?

Those are the questions — you may (or may not) find the answers in the films below, screening in the TIFF Cinematheque retrospective A Woman Possessed: The Films of Joan Crawford from October 7 to December 16. 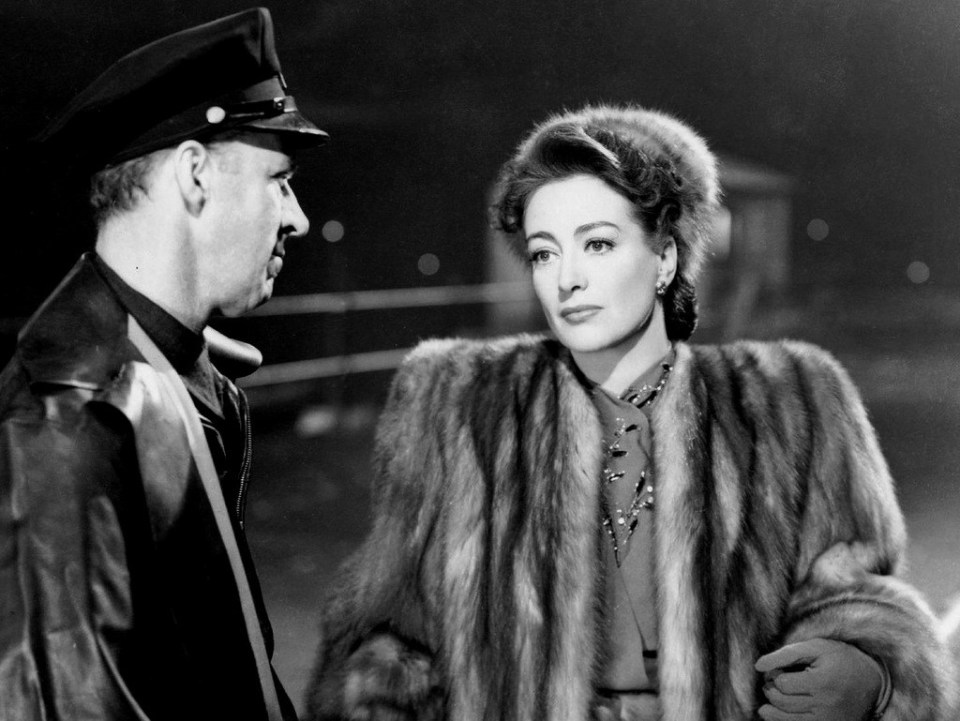 Crawford won her long-coveted Oscar for what is perhaps her greatest performance, playing a character very much like herself: a hardscrabble worker who climbs the ladder of success through sheer will and determination. Every trope of noir, from the flashback structure to the femme fatale, finds its essential expression in this cynical tale of obsession, betrayal, and revenge. 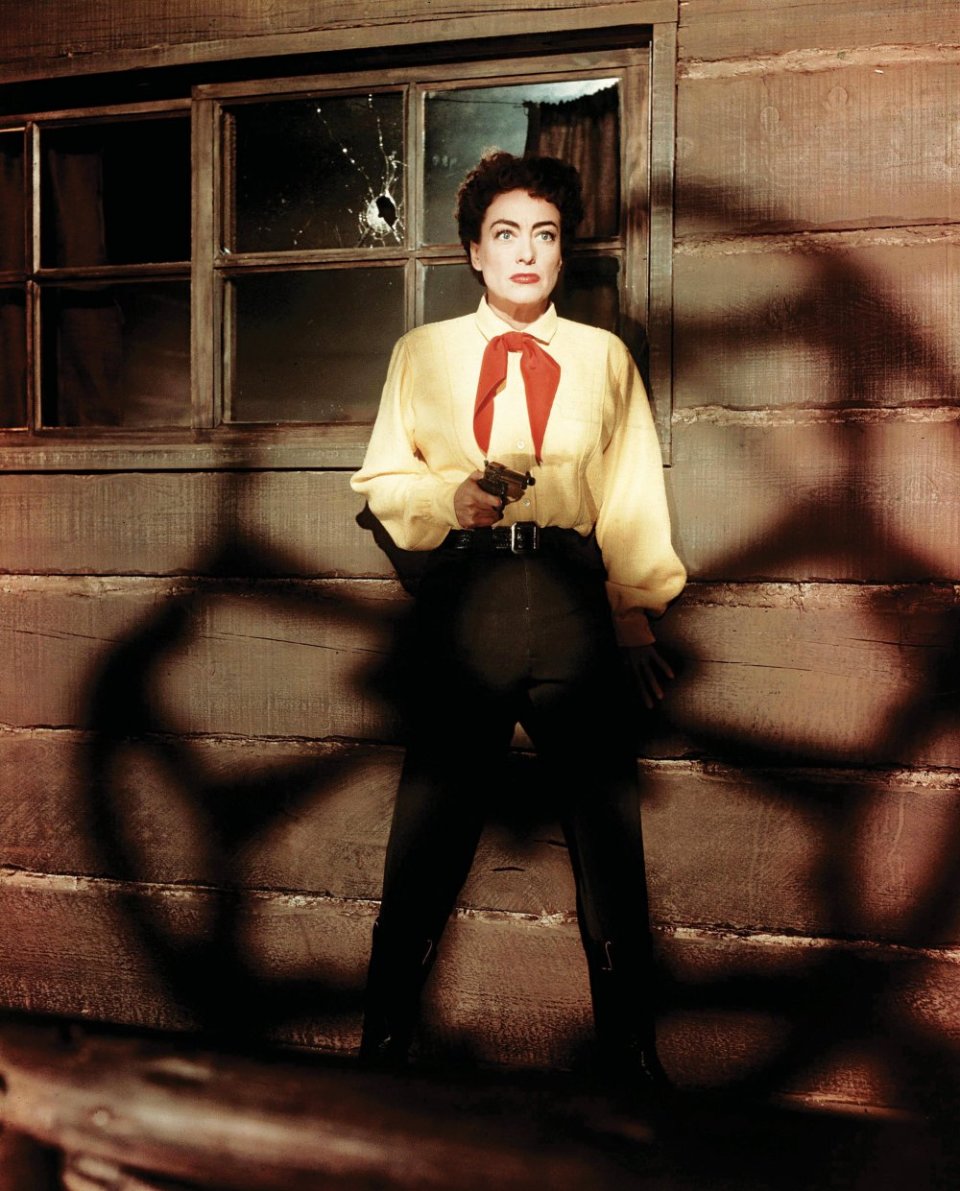 Beyond butch in jut jaw and lean jeans, Crawford plays a saloon owner whose gunslinging ex-lover Johnny Guitar (Sterling Hayden) arrives from the past to protect her from lynching locals, in Nicholas Ray’s “hallucinatory” western. 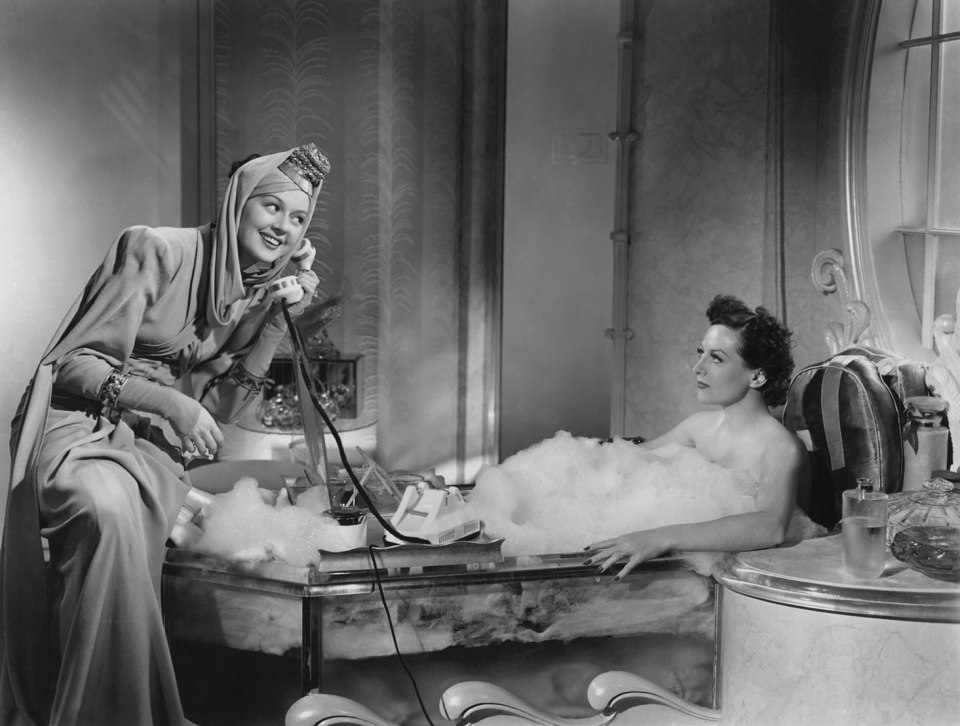 Crawford plays a Manhattan salesgirl who has her hooks in the wealthy husband of a cheerfully contented high-society spouse and mother, in MGM’s all-star, all-female blockbuster drama. 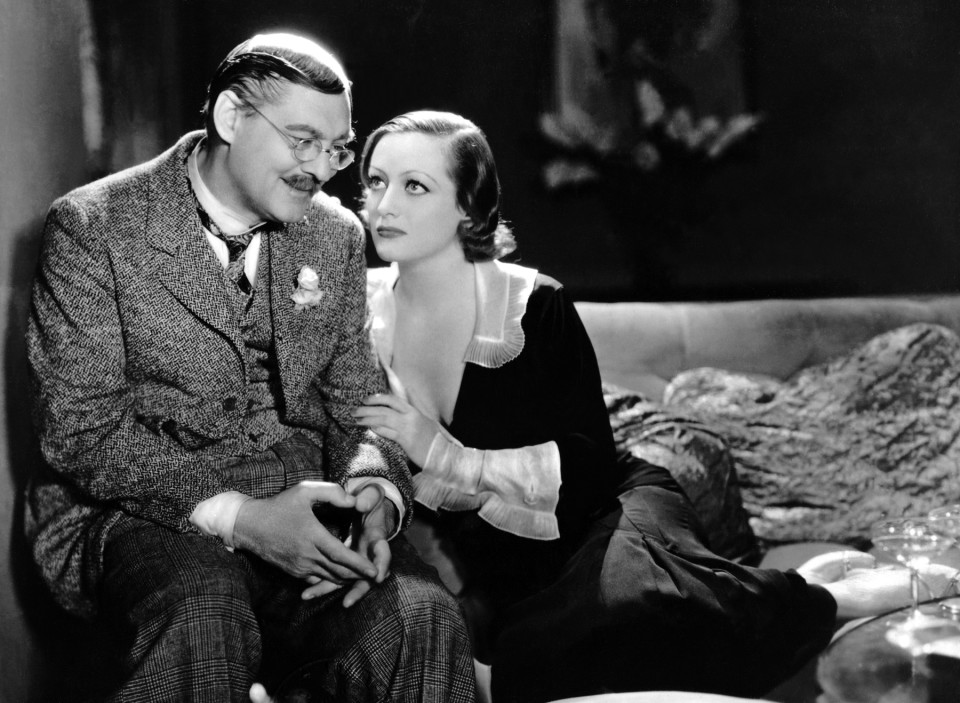 Some critics contended that Crawford’s performance in MGM’s all-star Oscar winner made her co-star and headliner Greta Garbo superfluous. 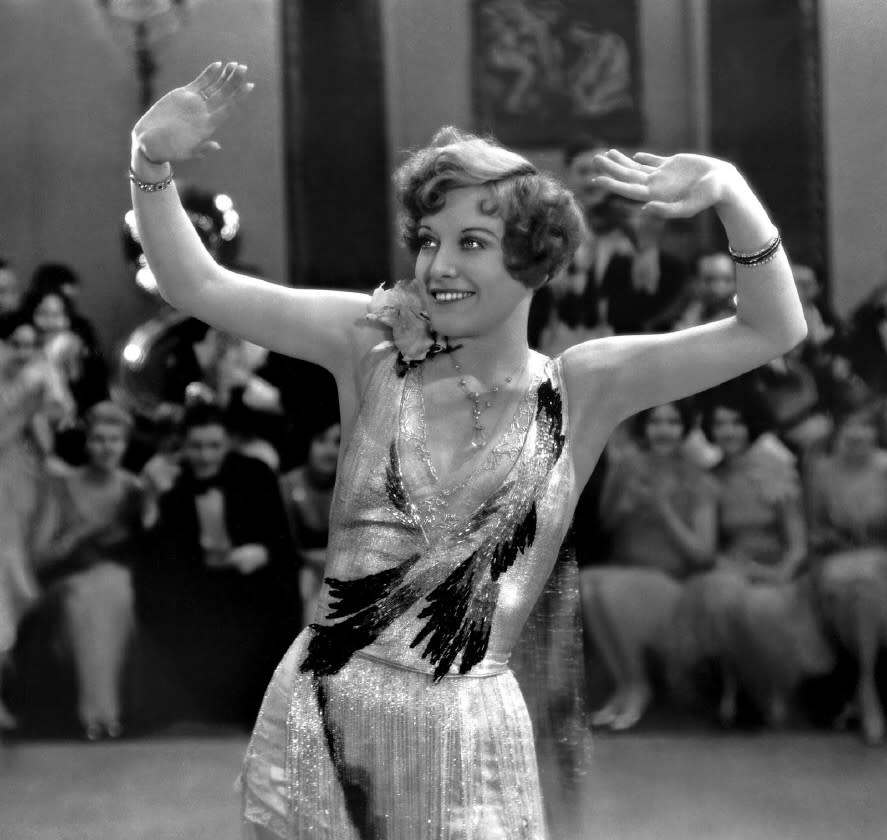 Crawford became a star in this late silent set in the Jazz Age, playing a glamorous flapper in beaded dress and bobbed hair who Charlestons until dawn at the Yacht Club. 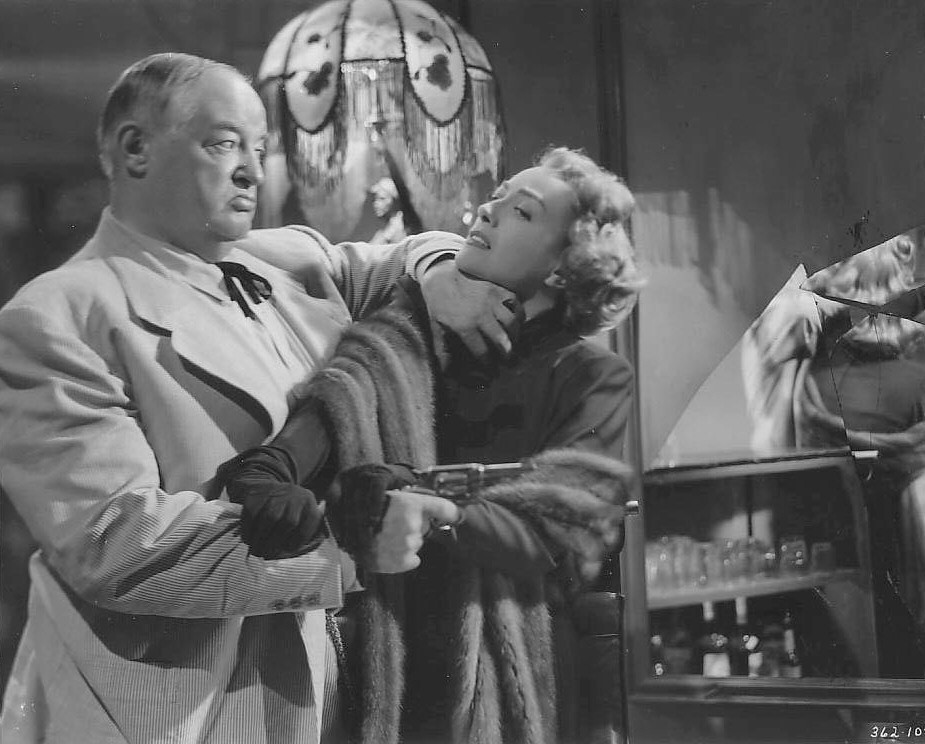 Crawford plays it to the hilt and then some as a carnival dancer turned high-society wife in director Michael Curtiz’s deliciously sordid tale of the Deep South. 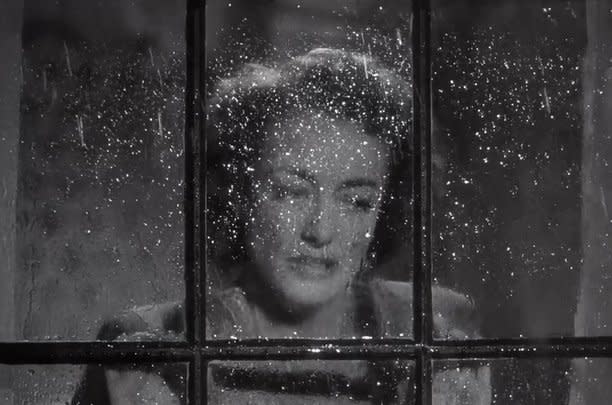 Crawford is “possessed by the maddest love a woman ever knew!” in this moody film noir that won the star her second Oscar nomination for Best Actress. 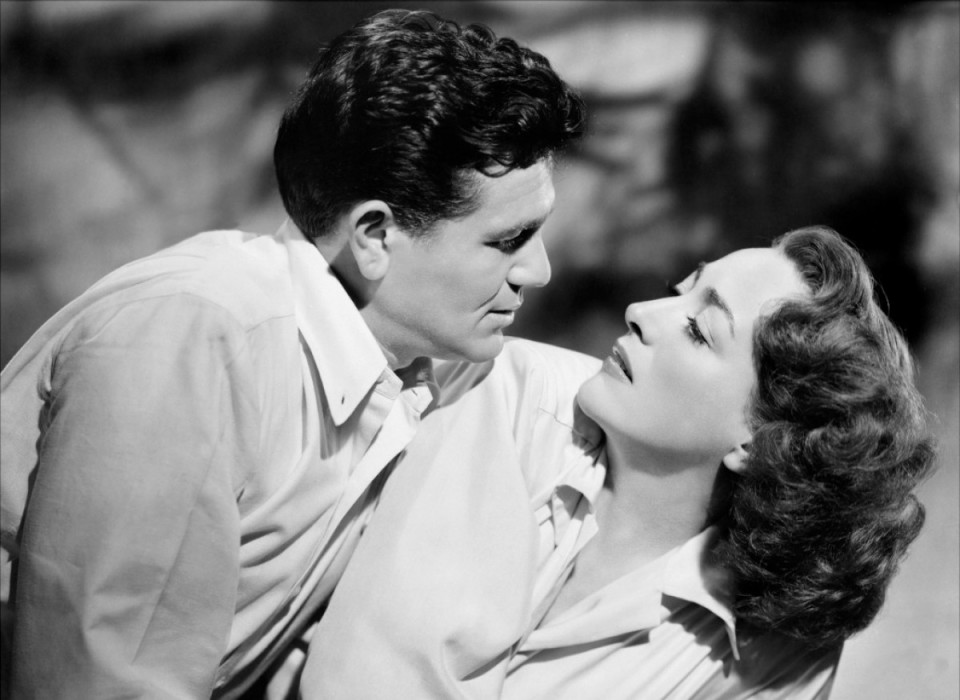 Crawford exudes glamour and sexual voracity as a society doyenne who becomes increasingly possessive of her violinist protégé (John Garfield). 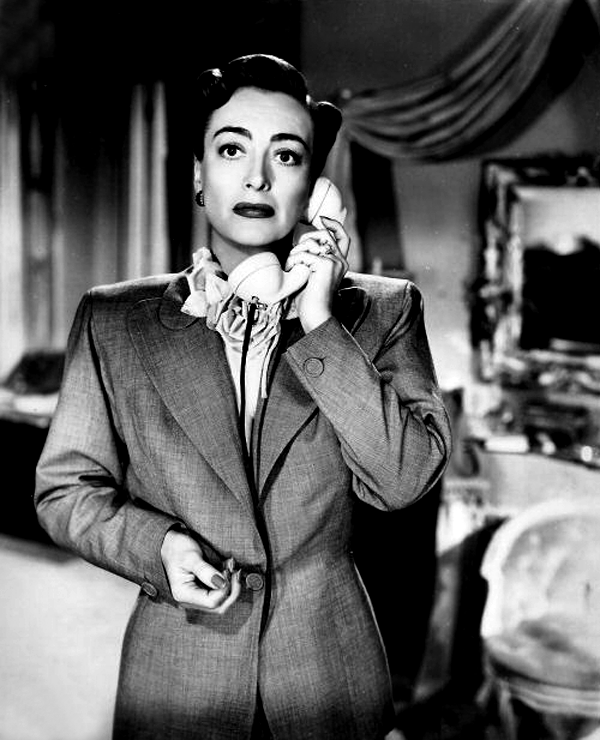 Crawford anticipates her own posthumous myth as a domestic tyrant in her performance as a manipulative, control-freak housewife whose veins run with ice water. 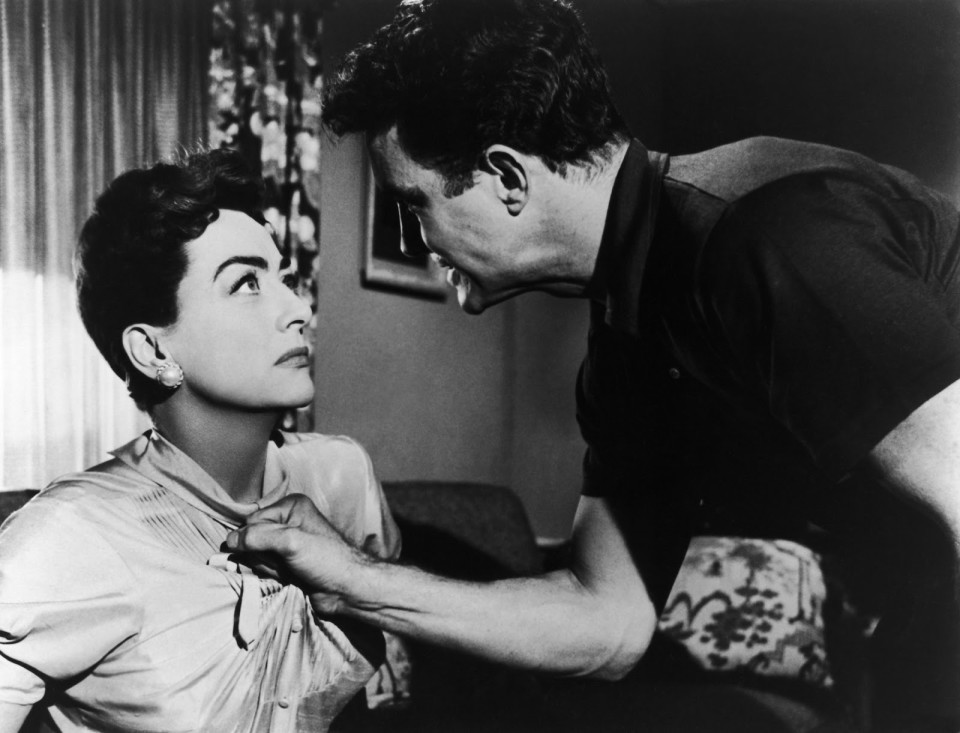 Crawford plays a lonely middle-aged typist whose whirlwind romance with and marriage to a considerably younger man (Cliff Robertson) turns deadly when she discovers that her new husband’s past is a tissue of lies. 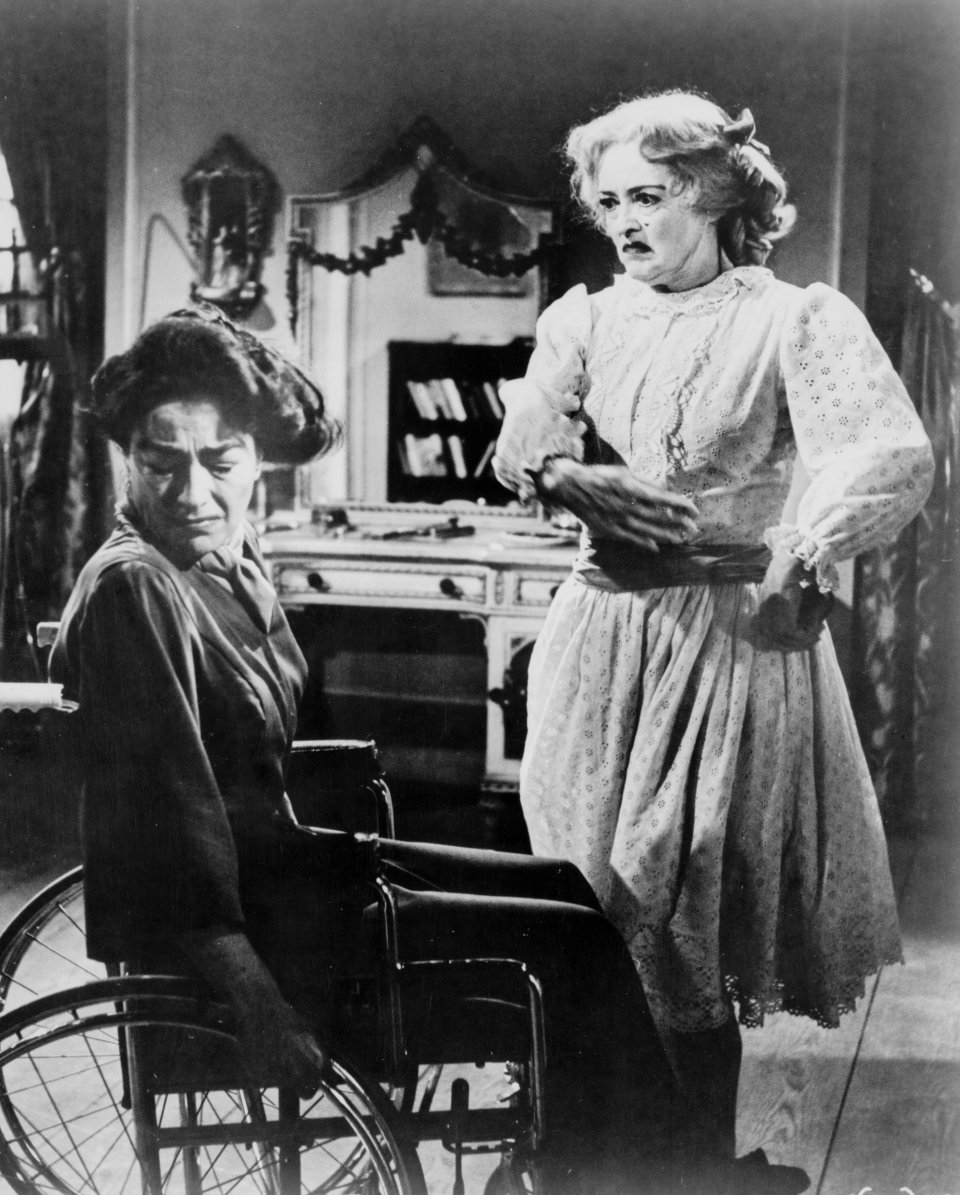 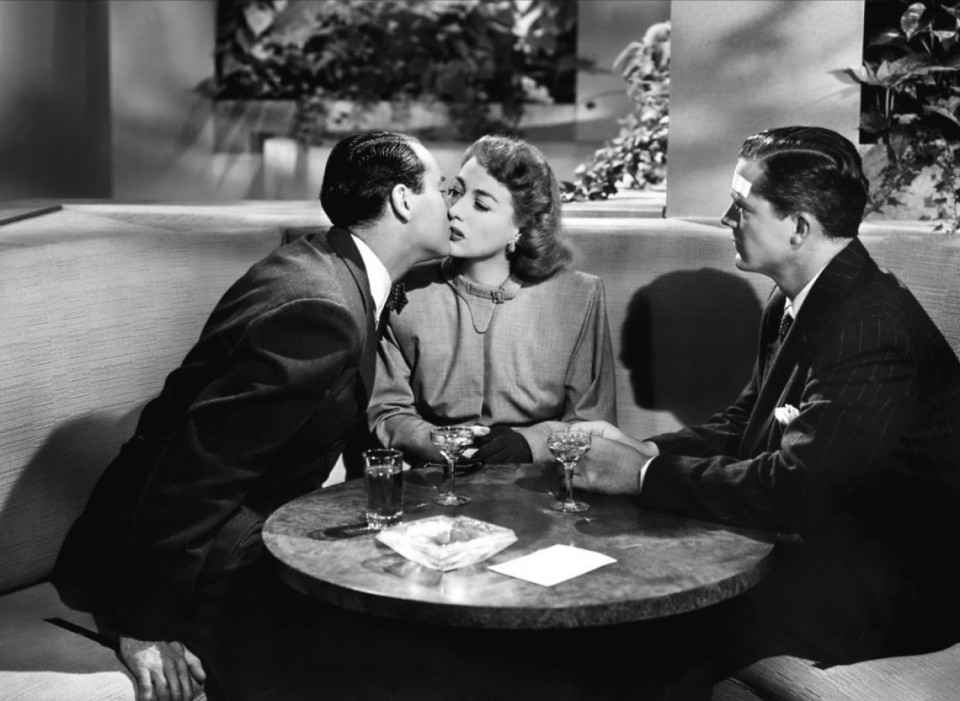 Crawford plays a strong-willed magazine illustrator who, tired of her tormented affair with a married Park Avenue lawyer (Dana Andrews), is courted by a charming but slightly unhinged ex–army officer (Henry Fonda). 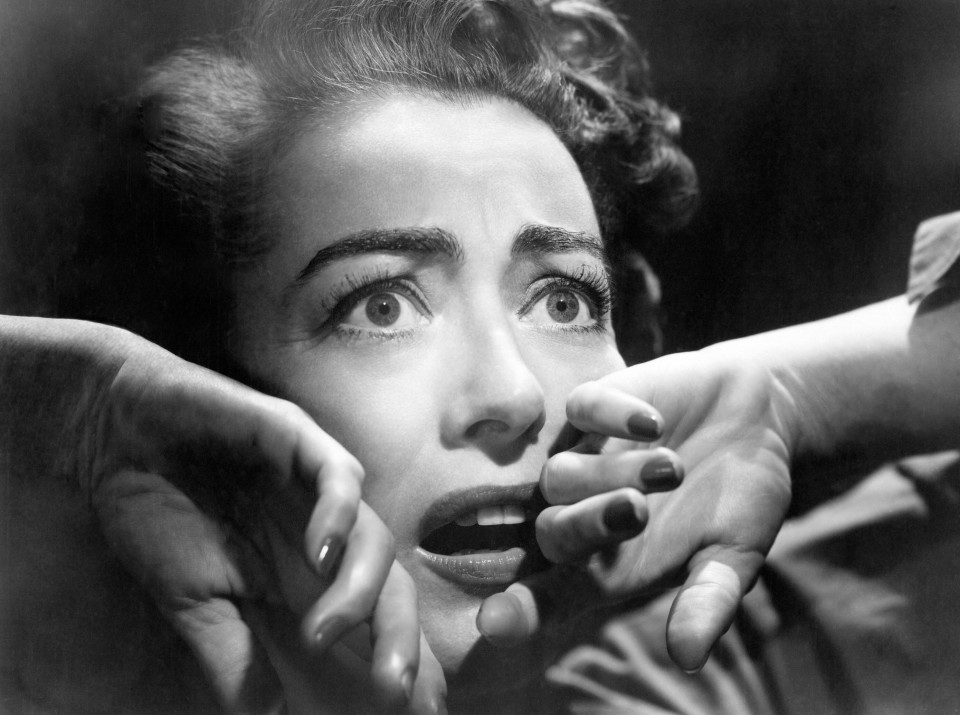 Crawford received her third and final Best Actress Oscar nomination for this twisty mystery, about a Broadway playwright who discovers that her new husband (Jack Palance) is planning to kill her for her money. 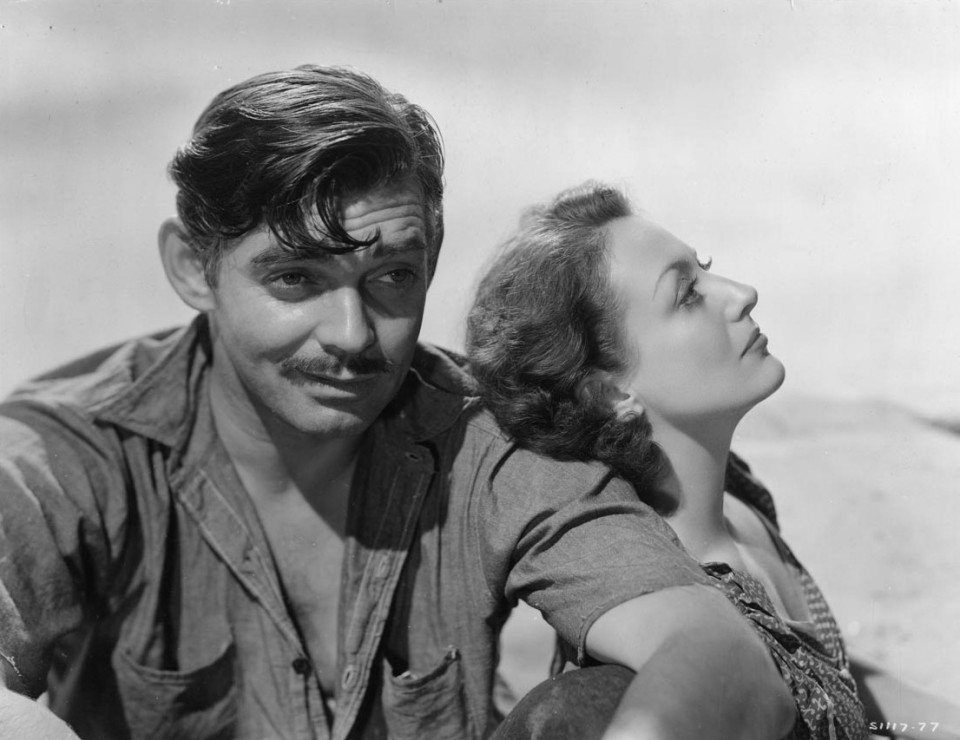 They don’t come any stranger than this: director Frank Borzage’s jaw-dropper brings together two of MGM’s biggest stars, Joan Crawford and Clark Gable, for a film that is equal parts romantic drama, prison-break thriller, and religious parable.