The poetic precision of Jean-Marie Straub and Danièle Huillet 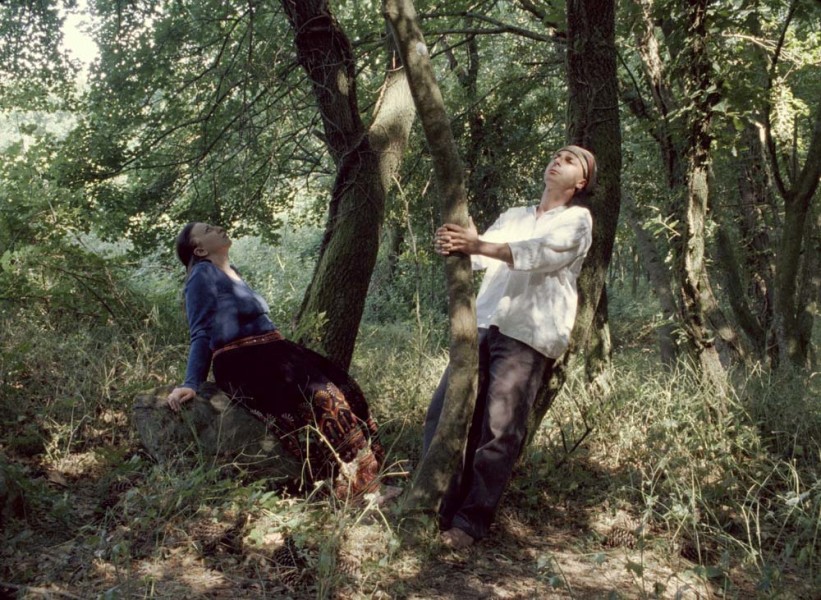 The TIFF Cinematheque retrospective Not Reconciled: The Films of Jean-Marie Straub and Danièle Huillet runs from March 3 to April 2.

“A sigh can become a novel,” Jean-Marie Straub proclaimed, suggesting that from something inconsequential and quotidian a major work of art can be forged. Ever prone to oracular utterances, Straub has frequently invoked D. W. Griffith’s plaint “What the modern movie lacks is beauty — the beauty of moving wind in the trees” — a scarcity for which the cinema of Straub and his wife and lifetime collaborator Danièle Huillet (the latter long denied authorship by sexist critics) has struggled to compensate with its frequent, rhapsodic shots of sun-gusted forests. (However, these bucolic landscapes often turn out to be sites of historical violence.) Ironically, it was an arboreal breeze that gave Huillet such grief while editing the final sequences of the duo’s film Sicilia!: as revealed in Pedro Costa’s documentary Where Does Your Hidden Smile Lie?, the fastidious Huillet obsesses at the editing bench over a barely-there palm frond that, stirred by Sicilian wind, intrudes into a corner of the composition.

Exclaiming in amazement when she notices a butterfly that has made its way into an image, or fixating on how long to hold a shot to uncover the smile cached in an actor’s reticent expression, the hawk-eyed Huillet in Hidden Smile reveals the purist accuracy of the duo’s aesthetic at work. “It’s a matter of five centimetres,” Straub finesses, instructing a non-professional actor to adjust a gesture in Sicilia! — and in that infinitesimal difference one infers a Straubian immensity. In Straub-Huillet’s art, exactitude — of camera angle, speech delivery, compositional framing, bodily placement, gestural manner, shot duration — is all. Striving for the essential sometimes proved exasperating: the directors followed their mentor Robert Bresson by exhaustively drilling their actors in cadence and enunciation, the ideal achieved only after many rehearsals and takes. (The title of the Bresson retrospective at our Cinematheque — The Poetry of Precision — also perfectly suits the work of his disciples.)

A scene from Pedro Costa's Where Does Your Hidden Smile Lie?

The directors’ intransigent standards unsurprisingly extended to ideology, both artistic and political. Their relationship was born of resistance, first to the conventional movies they were forced to study at film school (Huillet quit her courses in disgust), then to the Algerian War, which impelled the two to decamp from France in 1958 to avoid the draft (the first move in what would become a peripatetic life, such that finally no one country completely claimed them). After they settled in Munich, nascent scene of a burgeoning New German Cinema, they produced a trilogy of short films — Machorka-Muff, Not Reconciled, and The Bridegroom, the Comedienne, and the Pimp (the latter starring Rainer Werner Fassbinder and members of his Action-Theater) — and the epochal Chronicle of Anna Magdalena Bach, which established their reputation for a dense, sternly beautiful cinema that emphasized ethics as much as aesthetics; historical continuities between eras and national amnesia as central themes; and an exacting, elliptical approach to editing. 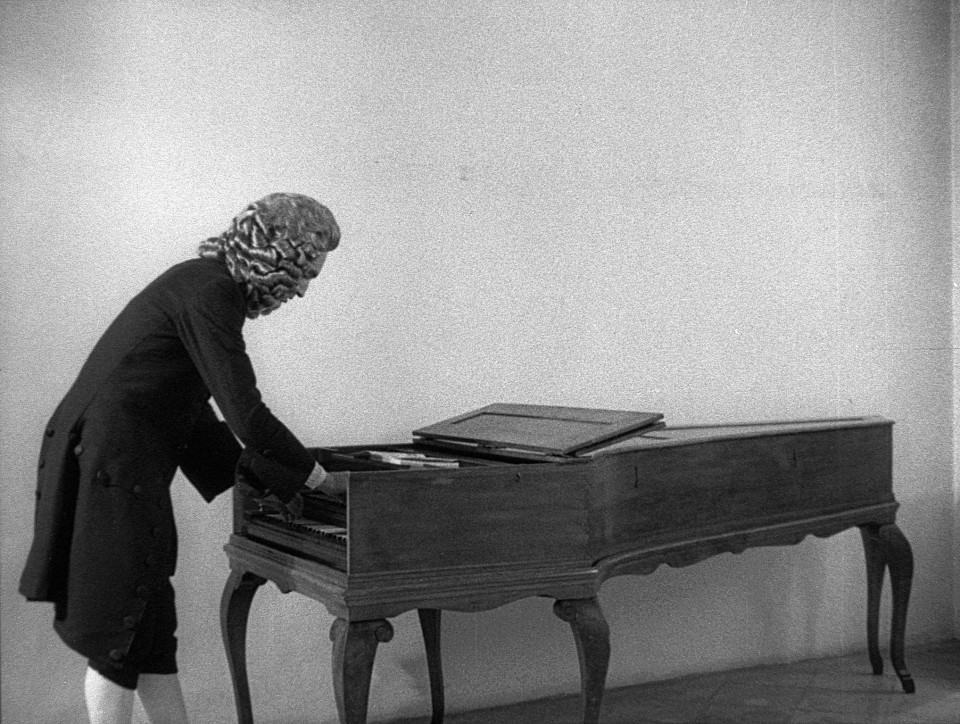 Though critics discerned Brechtian techniques in these early works, Straub-Huillet eventually became frustrated by the connotation, insisting that their movies were devised to be immersive: “We want people to lose themselves in our films. All this talk about ‘distanciation’ is bullshit,” they once told Tag Gallagher. Nevertheless, the anti-illusionist impulse was strong in their unyielding art, most prominently in their use of radical anachronism, which extended to both their treatment of setting (e.g., the conflation of ancient and modern Rome in History Lessons) and costume, as when Pausanias, the young follower of the philosopher in The Death of Empedocles, sports an antique robe, teeth braces, and a double earring. (The Catalan filmmaker Albert Serra, something of a Straub-Huillet acolyte, has similarly employed anachronism in his films, most effectively in his startling use of Fauré’s “Messe des pêcheurs” in Story of My Death and Mozart’s Mass in C Minor in The Death of Louis XIV.)

The utopian adamancy with which Straub and Huillet maintained that their “abstract-pictorial dream” could be understood, accepted, even loved by the average filmgoer — an audience they often claimed was their intended, rather than the connoisseur elite that their admirer Serge Daney dubbed “the Straubian International” — and that it could help provoke a revolution in political consciousness among the operai, contadini (workers and peasants), inevitably foundered on reality. Basing each film on pre-existing texts — a daunting catalogue that runs to Kafka, Corneille, Böll, Duras, Gasquet/Cézanne, Hölderlin, Pavese, Fortini, Mallarmé, Vittorini, Dante and, yes, Brecht — often choosing esoteric or unfinished works over familiar ones, and characteristically turning to the thorny 12-tone operas of Schoenberg for adaptation (rather than, say, Mozart or Strauss), Straub-Huillet built a fortress instead of the bridge to the common folk they had always imagined.

However, that citadel is magnificently made, and far from hermetic. Even those of us bereft of the duo’s formidable erudition can be ecstatically overcome by their films’ bracing clarity: encountering their sparely composed images and scrupulously natural soundscapes, one often feels as if one is seeing or hearing for the first time. So strictly calibrated is Straub-Huillet’s editing, a single cut can have a galvanizing or disorienting effect, while the strange cadences of their (mostly non-professional) actors’ speech — a singular form of oddly accented, expressionless incantation — force our ears to a new and heightened attentiveness. (“It is with something clean and precise that you will force the attention of inattentive eyes and ears,” Bresson wrote in Notes sur le cinématographe.) 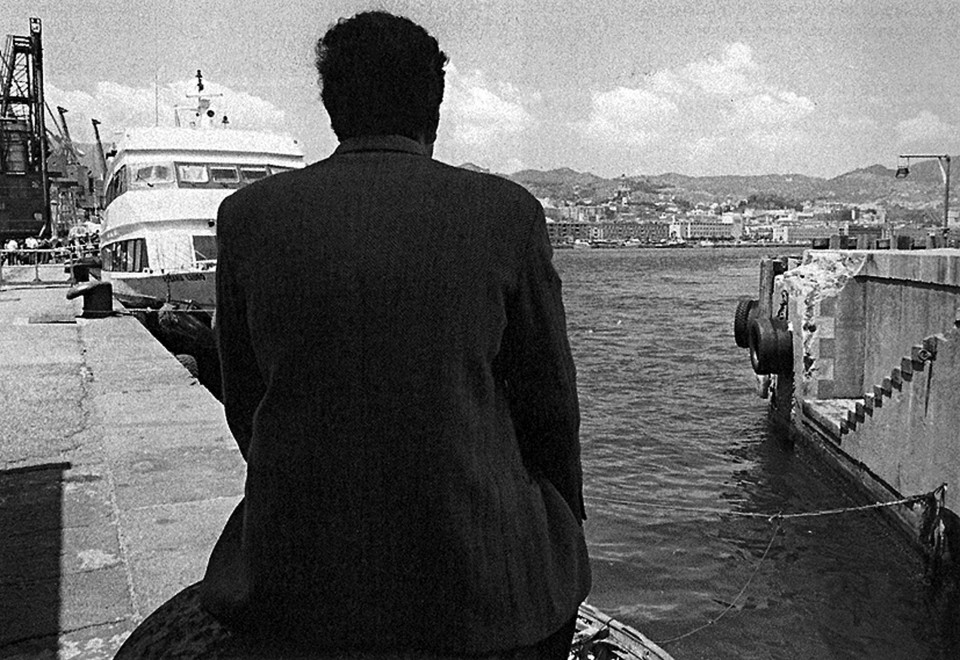 Even the pair’s non-operatic films feel musically composed and delivered, especially Sicilia! (a film one could happily watch every day), wherein patented elements of the filmmakers’ approach emerge in extremis: a rejection of the rules of “bourgeois cinema” in temporal and spatial discontinuities, and a parody of the traditional establishing shot in which the camera endlessly lingers on a sign designating Catania at a railroad station; the sound disappearing for a long period as we gaze at the passing scenery from a train window (a sequence Huillet compares to Mizoguchi’s Ugetsu in the Costa documentary); jarringly mismatched cuts, such as the one that segues from the mother standing three-quarters in frame to an abridged close-up of her son’s head and shoulders, tamped into the lower half of the image; a painterly disposition apparent in a close-up of grilling fish, suspended cook pot, and white plate transformed into a Meléndez-like bodegón; or the most familiar trope from their formal arsenal, the so-called plan Straubien, in which an extended panoramic shot slowly traverses a landscape. (For good measure, the directors here immediately repeat their languid semi-circular pan across a Sicilian hillside, the second time in slightly brighter light, the camera suddenly swinging in reverse to fix on a distant village; and yet again about ten minutes before the film’s end.)

Straub-Huillet’s pessimism about the political state of Europe was belied by a rapturous affirmation of nature, the possibility of human solidarity, and the exigencies of art, which seemed to intensify in the films made prior to Huillet’s death in 2006. Beholding the radiant, bosky landscapes that reflect the duo’s adoration of Cézanne, and their many invocations of soul-stirring poetry and music (as in Godard, Beethoven’s string quartets provide ample benediction), one thinks of the Hölderlin line quoted in Black Sin (“I sing here the song of nature”), of Tiresias’ declaration in From the Cloud to the Resistance (“the bluest sky is the emptiest”), or of the subtitle of The Death of Empedocles (“When the green of the earth glistens for you anew”). The rhapsodic element of Straub-Huillet is rarely discussed in the consensual view of their cinema as cerebral and severe, much as critics tend to reduce the films’ considerable camera movement to invariable stasis (or overlook the duo’s sense of humour, which is particularly evident in Sicilia! and Class Relations). But that sense of beauty was grounded in a fiercely uncompromising will and intensely serious moral conviction. Figures out of time, and combatively out of joint with most other cinema — the two infamously rejected the work of many filmmakers as compromised or contaminated, and denounced the admirers of Sicilia! as indulging “the vices of the bourgeoisie” — Straub and Huillet could never but be “not reconciled.” 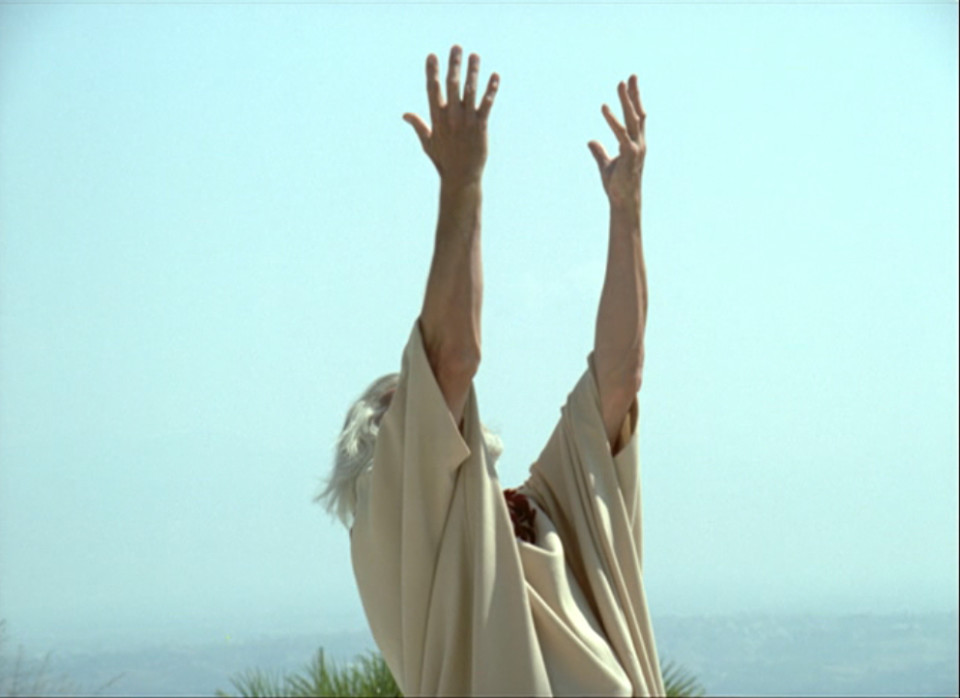 Portions of this essay first appeared in Artforum International Magazine.

Thanks to Ted Fendt, Thomas Beard, and Kathy Geritz.