Soul Survivor and the Dream of “the Black ’90s” 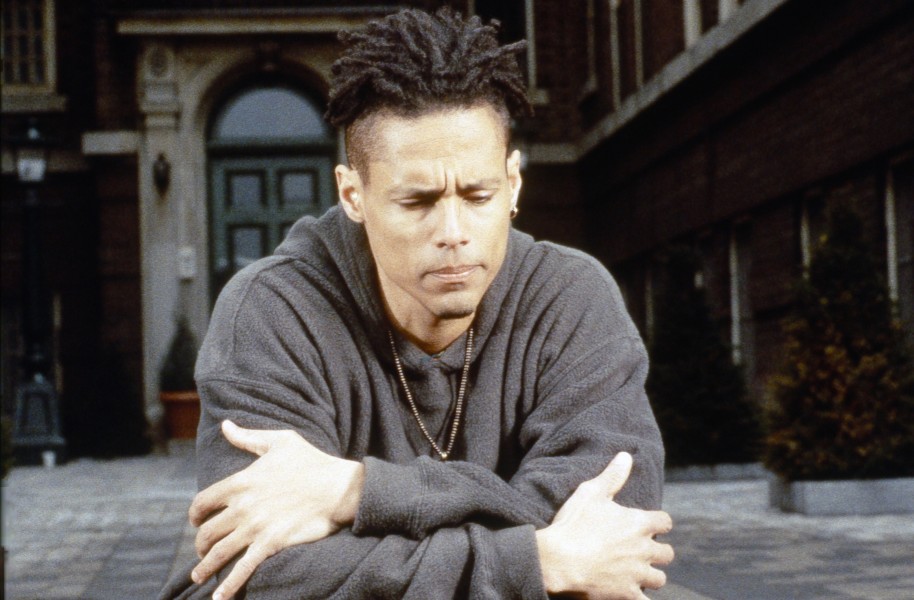 In retrospect we now know it was the end, even if it felt like the beginning at the time. The 1990s in Canada were Black. Back then we let our backbones slide to the sounds of Maestro Fresh Wes and listened to Liberty Silver croon in jazz and supper clubs. The Dream Warriors were exploding in Europe with their cool-inflected jazzy hip hop, Devon called on us “to keep up the pressure” against anti-Black police violence in “Mr. Metro”, and Acid Jazz Wednesdays at Cameron House were, as the young people now say, lit. The late Austin Clarke returned to the literary scene, [Dionne Brand] emerged as one of our most important poets, Djanet Sears owned theatre stages, and dub poetry and its practitioners howled Black resistance. And in 1995, not one but two Black Canadian feature-length films — Clement Virgo’s Rude and Stephen Williams’ Soul Survivor — were screened at the Cannes Film Festival, and were immediately hailed as ushering in a “new” Black Canadian film aesthetic. 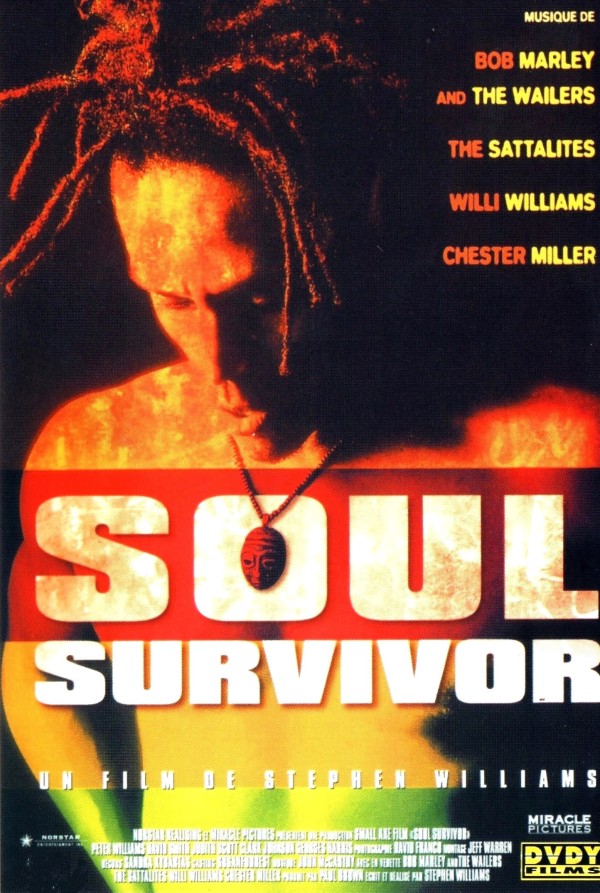 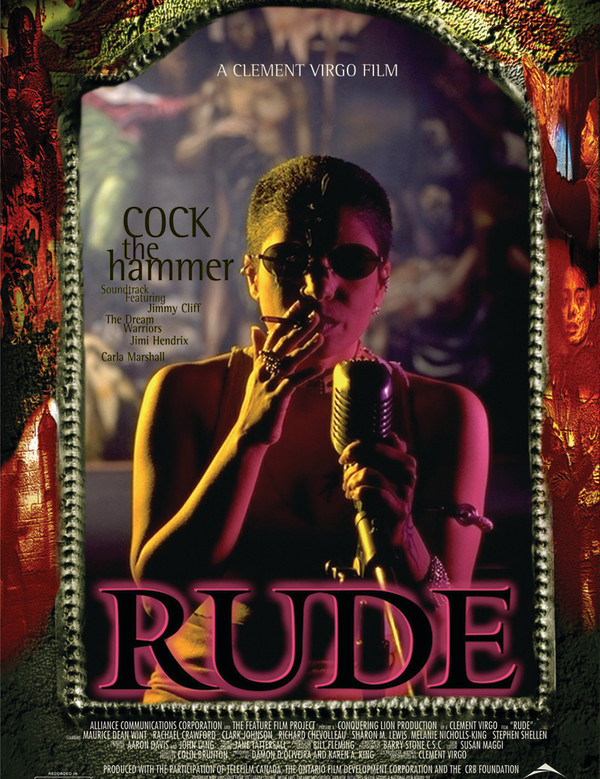 Williams and Virgo’s films thus emerged out of a significant and important period of Black Canadian artistic production and activism which many assumed would continue to proliferate across multiple genres, indelibly changing the Canadian cultural landscape and enshrining an authentic representation of our avowed multicultural present. As it happened, these desires never came to fruition — and looking back now, the fact that Rude and Soul Survivor emerged in the same year as the victory of Mike Harris’ Progressive Conservative party in Ontario’s provincial elections seems far from a coincidence. These films arrived at what would prove to be the tail end of a vibrant period of arts activism that, by 1999 — which also marked the end of the Harris era — had all but disappeared.

In her important dissertation “Where Outreach Meets Outrage: Racial Equity at the Canada Council for the Arts (1989–1999),” Andrea Fatona demonstrated how the explosion of Black cultural producers’ activism in the early part of the 1990s, and the racial equity landscape in arts and culture that Black artists were able to create in coalition with other non-white others, began to wane during the Harris years in Ontario — a period that we can now belatedly understand as one where the full effects of neoliberal economic and cultural reorganization started to manifest themselves in Canada’s most important province and its most important city, Toronto. On the national stage, future Prime Minister Paul Martin’s tenure as finance minister in Jean Chrétien’s Liberal government saw the introduction of deficit reduction policies, whose impact in the cultural sphere was to severely hamper the implementation of a more fulsomely racially equitable output.

The effects of public policy in this period are still being experienced and reckoned with today, and it is impossible now to look back at films like Soul Survivor or Rude without addressing the political context of their arrival. As it happens, 1995 also marked my emergence as a cultural critic, and I very quickly incorporated the Williams and Virgo films into my Black Diaspora Cultural Studies course at York University and into my first book, Black Like Who? Writing Black Canada. There, I critiqued the films (and their reception) for the ways that they distorted the Black diasporic experience and sensibility, and argued that they could have gone further in complicating matters of gender, masculinity, and sexual identity. 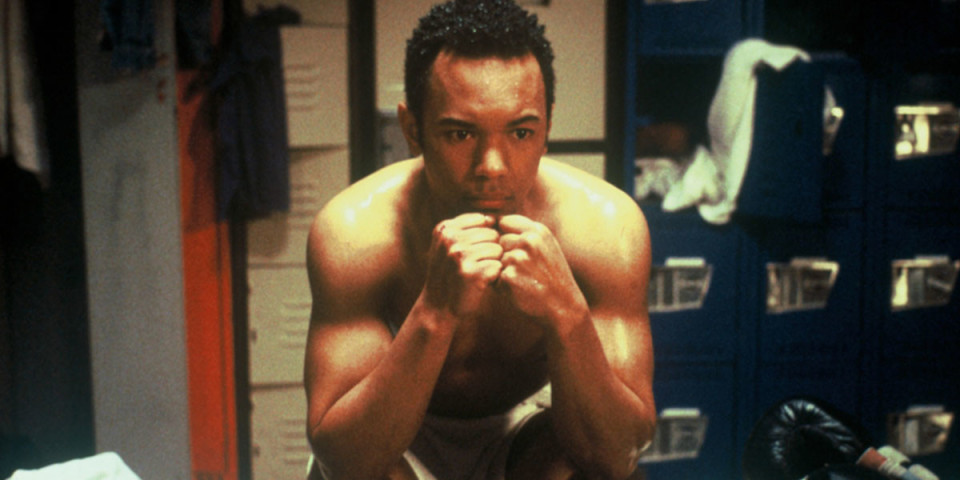 In particular, in my reading of the films — a reading that, then as now, was indebted to the kind of Black feminist cultural critique that bell hooks advanced in the same period — I identified the presence of what I called the “soft-dick syndrome” that was present in the work of so many Black male filmmakers of this period, including Spike Lee and Mario Van Peebles. What all these films share is a viewpoint that essentially regards Black men as lacking in patriarchal power, with the implicit conviction that were they to reclaim it things would be quite different (i.e., better) in Black communities — a narrative that essentially refuses to offer Black men any other ways of being men in the world. However, I won’t revisit that critique here — instead, I would like to think both temporally and nostalgically about Williams’ film and the cultural context of its arrival, and also to reflect on the opportunities that the work seemed to usher in, but which have never been fully achieved by us.

Soul Survivor focuses on Tyrone (played by the director's brother Peter Williams), who is struggling to maintain a small Toronto restaurant where he plays the latest reggae tunes for his thus far limited clientele. Unable to make ends meet, he is drawn into the underworld milieu as a collector for loan shark Winston (George Harris), whose criminally derived wealth Tyrone admires. Ultimately, Tyrone is forced to make the difficult choice between trying to make it in a “straight” world that is governed by the debilitating effects of Canadian racism, or the criminal underworld where death haunts every corner and corridor.

While its scenario draws on tropes of the ’hood genre of the 1990s, Soul Survivor also belongs to the genre of exilic or diasporic films, what has often been referred to in the scholarly realm as “Third Cinema.” Like Virgo’s Rude, what makes Williams’ film so rich is the way that it offers us access to a Black Canadian archive that is both nationally bound, locally articulated in the specificity of Toronto, and that exceeds the national in its Black diasporic concerns with freedom. The markers of the diasporic experience in the film are many, from the name of Winston’s club — the Black Star Line, which invokes the Back-to-Africa movement of the great pan-African nationalist Marcus Garvey — to the hairstyles, language, and proverbs, to, perhaps most notably, the way that music plays such a crucial role as both texture and a narrative strain in its own right. In particular, Williams’ use of Bob Marley’s “Redemption Song” serves not only as a sonic marker of Tyrone’s personal journey of suffering and redemptions, but also invokes a wealth of collective Black history and exile.

On a local level, Williams’ film is remarkably prescient about the times we now live in in the city of Toronto, depicting not only the carding and other police violations and violence that are still prevalent aspects of Black life in Toronto (and globally), but also how Black music — especially in the person of Drake — has come to dominate the Canadian cultural scene even as Black people are less and less wanted in our major cities. Of course, the film has a death — that of Tyrone’s friend, the Rastafari musician Reuben (David Smith) — that both catalyzes the plot and speaks to how Black people (and Black men in particular) require a special kind of plan for survival in an environment that has rendered Black life continually vulnerable.

It’s this sense of imminent danger that still resonates in the film, which unknowingly heralded the end of the era from which it emerged. The Black 1990s came to a crashing end with the full-on assault of neoliberal policies that impacted everything from education to housing to the arts and beyond. What remained were issues like over-policing, crime, and ongoing degradations of Black life. The promise of arts activism that Fatona chronicled between 1989 to 1999 needs rebooting today, as Black artistic production burgeons but can find few places for exhibition. Soul Survivor opens with Tyrone saying “In this life it’s not about collecting other people’s debts, it’s about paying your own.” Read in light of Black cultural production in Canada today, the Black 1990s is owed a debt, one that Canada needs to pay in full.

How *Set It Off* raked it up

*Stormy Weather* in a Time of Global Warming

Will Smith, Sidney Poitier, and the Burden of Representation