Meet Emma Tammi, the director of The Wind

The filmmaker’s horror turn has her hooked on fiction 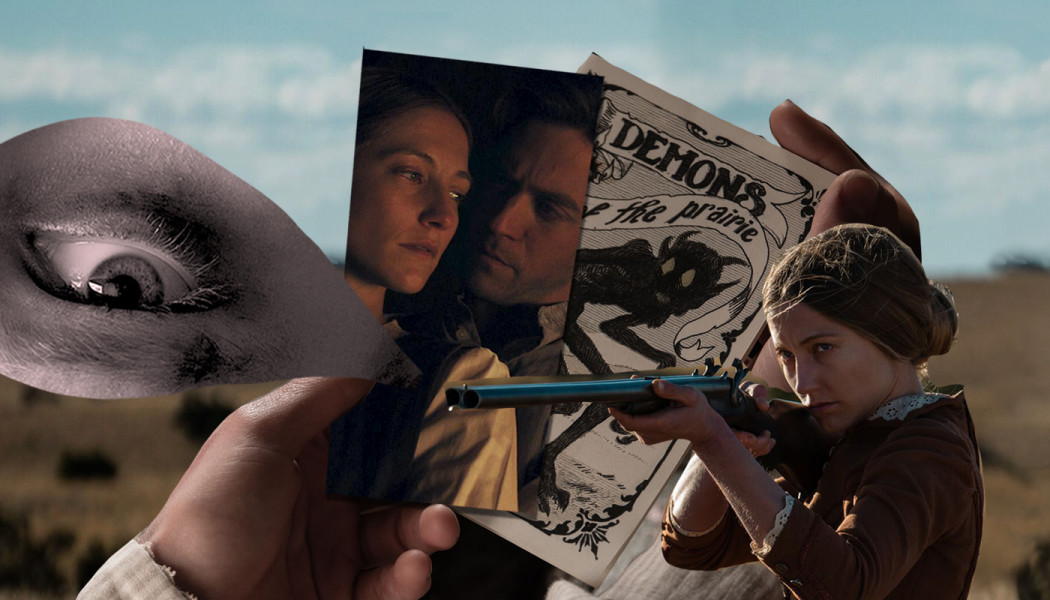 “This is what I want to do forever.” These were filmmaker Emma Tammi’s thoughts the first day on-set of her solo directorial debut, The Wind. Having already shot the 2014 documentary Fair Chase, she switched to fiction and found herself directing something she never imagined — an American folk-horror western. Seeing the meticulous, bone-chilling results, we hope she does this forever, too.

The Wind centres around Elizabeth, or “Lizzy” (Caitlin Gerard), a settler of the 1890s who has moved to the American West with her husband to cultivate a desolate stretch of frontier. But festering evil permeates the pastures, and an evil presence soon reveals itself, infecting Elizabeth with a sinister paranoia. Bubbling underneath the surface of the film are relevant themes of domestic solitude and female disenfranchisement, which, as Tammi discusses, point to the nascent potential of contemporary genre films.

Tammi spoke to TIFF Midnight Madness Programmer Peter Kuplowsky about The Wind, screening as part of Midnight Madness at the 43rd Toronto International Film Festival on September 10, 12, and 13. 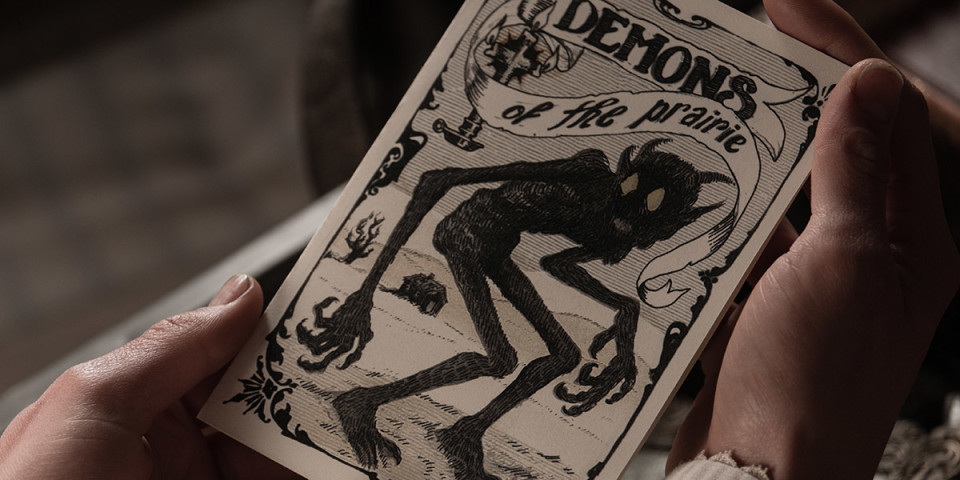 What motivated you to become a filmmaker? Was there a single moment — a burst of inspiration — when you made that decision?

On some level, I always took it for granted — my parents were both actors and I grew up around theatre and film my whole life. I’ve always appreciated cinema. I went to silent film series with my dad when I was a kid. I just ate it up. When I started school, where I was studying sociology, I got into documentary because I was fascinated by being able to explore people’s perspectives through a camera. When I graduated, I began working in documentary film, and it was really a trial by fire.

I interned around the same time for Robert Altman, who was a huge inspiration to me in terms of influences — and continues to be. There's something about his stuff, although narrative, that feels organic and fly-on-the-wall at times, certainly with his big ensembles and the way he plays with sound, where you often hear conversations happening off-screen. There’s something very immersive about it — something really organic, even when it's highly orchestrated. I went back to that original influence with The Wind, circling back to fiction because you can push the envelope even further in terms of exploring human emotions and accessing character perspectives, different worlds, and world-building. The Wind is my first narrative film, and it was such a joy because it felt like kind of a natural progression.

I don't know if there was one singular moment where I said, “This is absolutely what I want to do,” because I have been passionate about filmmaking for such a long time, from such a young age. But I will say that the first time I was working on-set for The Wind, my first fiction, I thought, “This is what I want to do forever.” It wasn’t the same way with documentary; that always felt like an ongoing process. 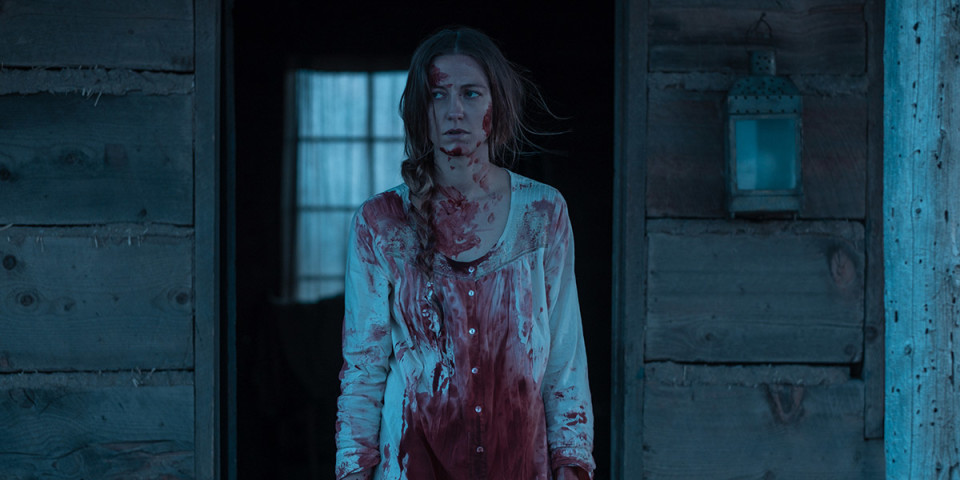 Caitlin Gerard in The Wind

Was it always in your mind that your first fiction would be horror? Was that a genre that attracted you from the beginning?

No, not at all. I assumed that I was diving into a more dramatic piece, with these rich characters and nuanced relationships. Then I realized, “Oh, this is a horror film.” But it’s still drama. It’s still about surviving in the plains, all rooted in relatable human drama. I wasn’t expecting to walk into the horror space, but I equally wasn’t expecting how much fun it would be. Going into the realms of ghosts — let alone the gore, anything that hints at the supernatural — for me it all tied back to the magic realism that I was being drawn toward. I just felt like, “Oh, my God. This is so fun.”

We had these scenes that we were going to play much more like a straight western, but we kept tipping into the horror space. We even did stunts — and even though I’d love these kind of things as a movie watcher and fan, I never thought, “Well, this is what I want to do as a filmmaker.” It’s a really exciting time for genre right now, with envelopes getting pushed in so many ways. Historically, genre has always done this, but it’s such a complicated political climate right now, it feels like such an exciting time for genre.

Genre films are often a framework or canvas to project larger ideas. Do you think that there can be real social change because of genre films?

For sure. Just after the (American) presidential election, I was at Sundance for a screening of a film I had made about election day. I went to see Get Out at a midnight screening when I was there. I saw one of the Obama girls walking in and almost started crying. We’ve been in this moment where the nexus of our culture is changing in such a radical way, and that audience wasn’t expecting that movie to be what it was. It just totally hit me on a level: this could be a real game changer in terms of the cultural zeitgeist. Obviously, racist America is not a new thing, but there was something about the immediacy, talking about this immediately after the election. Get Out brought to the surface, in interesting and scary ways, that we’re in an exciting time for film on an artistic level, but also, it feels imperative to have these conversations.

On top of that, Get Out was great and fun, and that brought in so many people who just wanted to see it for that reason, not its social impact. But that’s where genre can hit hard. It can bring people to the theatre, to their laptop or TV — wherever they’re watching — for the fun of it, and they stumble upon these conversations happening in the film. That’s not something that straight drama can do with as much mass appeal. 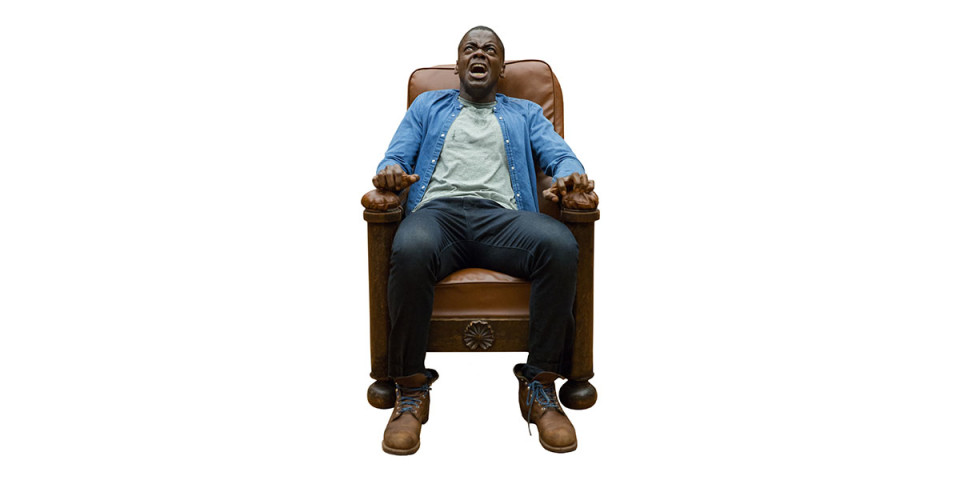 Daniel Kaluuya in Get Out

How did you come across Teresa Sutherland's script? Were you familiar with her short film as well?

I wasn’t. Teresa did a short film at Florida State University. Soapbox Films (one of the two production companies behind The Wind), are also alumni of FSU. They had seen the short and encouraged her to develop a feature of it years ago. It took her a while to be inspired to write it, and then it happened really quickly. I had worked with Soapbox on a documentary, which I shot in New Mexico, where there are these breathtaking wide landscapes and big, wide-open spaces. I think that’s why they asked me to look at Teresa’s script — and because of its strong female lead, which they also felt I might engage with well.

Teresa and I met, and we hit it off. We dug into some rewrites. Its non-linear structure is a whole other level of challenges.

Did the decision to start in the middle and then float back and forth in time come from the script, or was that a product of post-production?

Teresa wrote it out of order, and I was fascinated by that. Juggling all of that, narratively, is such a masterful thing to be able to do. After we shot it and put our first assembly together — as written — it wasn't landing in the same way at all. I also come from a documentary background, where you write the film in post, so it didn't feel totally foreign to restructure it as intensely as we ultimately did, but it was challenging. It was really tough, because we wanted to get it to a place where we weren't spoon-feeding the audience anything, but, at the same time, we weren't confusing them. We wanted the audience in Lizzy’s headspace, and that was the biggest challenge. 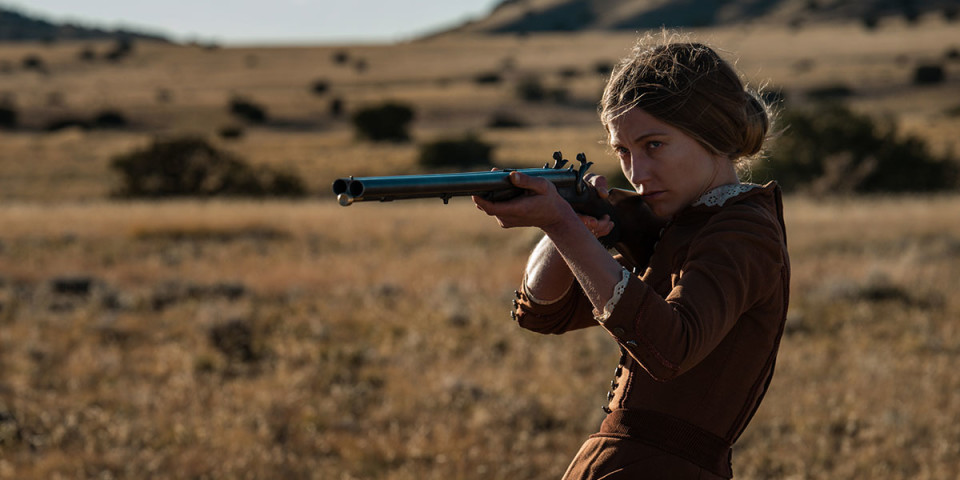 Caitlin Gerard in The Wind

The screenplay presents Lizzy as a woman who has certain responsibilities and expectations enforced on her, and when she asks other people to listen to her, no one does. Is this something that resonated with you and attracted you to the screenplay, or was it something else?

No, it was totally that. I read the script — set in the 1890s — and it couldn't feel more relatable. I don't know if it's because there's something universal about this one woman's experience that it just resonates throughout all time and context, but it felt as relevant now as ever. Also, this idea of the environment closing in on you and becoming an unsustainable place to survive, also feels... weirdly relatable right now. 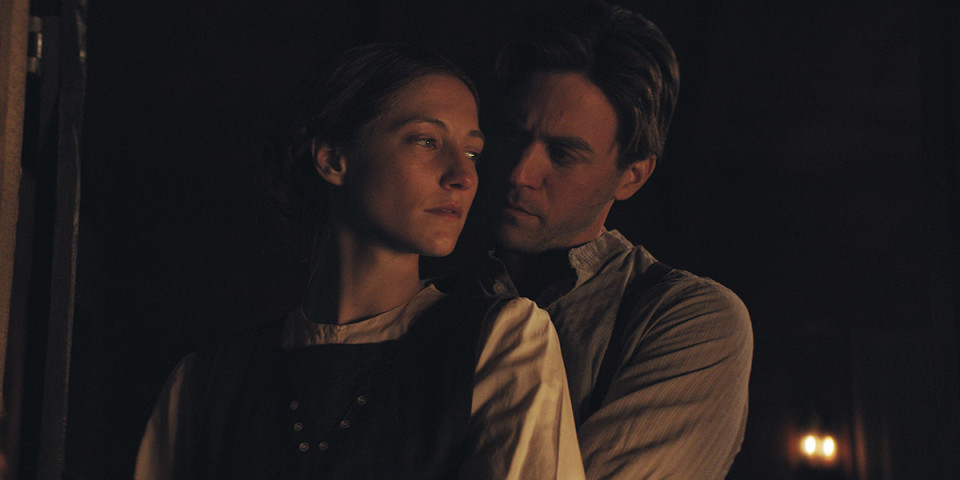 Caitlin Gerard and Ashley Zukerman in The Wind 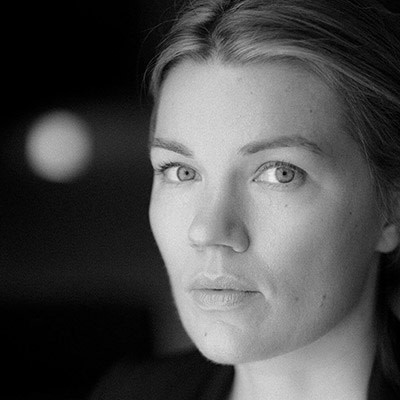 Emma Tammi was born in New York City and studied at Wesleyan University. She is known for codirecting the feature Fair Chase (14) with Alex Cullen. The Wind (18) is her solo directorial debut.

Support filmmakers like Emma Tammi by donating to Share Her Journey, TIFF’s commitment to increase participation, skills, and opportunities for women behind and in front of the camera.