Looking for a place to happen

Gord Downie has died at the age of 53, "with his beloved children and family close by," according to a statement posted on The Tragically Hip's Twitter account. In May of 2016, Canadian filmmaker Nadia Litz penned this tribute to Gord and the influence he had on her life as an artist and a person.

I was the least likely Tragically Hip fan. My tendencies rested between The Pixies and The Cure. I tracked Chloë Sevigny via Sassy Magazine. I watched Twin Peaks on Sunday nights. I wore a lot of black. It was summer in the suburbs. Winnipeg. Just at the age where I was allowed to drink coffee and go to midnight screenings of Guy Maddin films at the cinematheque. I was 14 and an outsider in a high school where I didn’t really belong and I knew it. 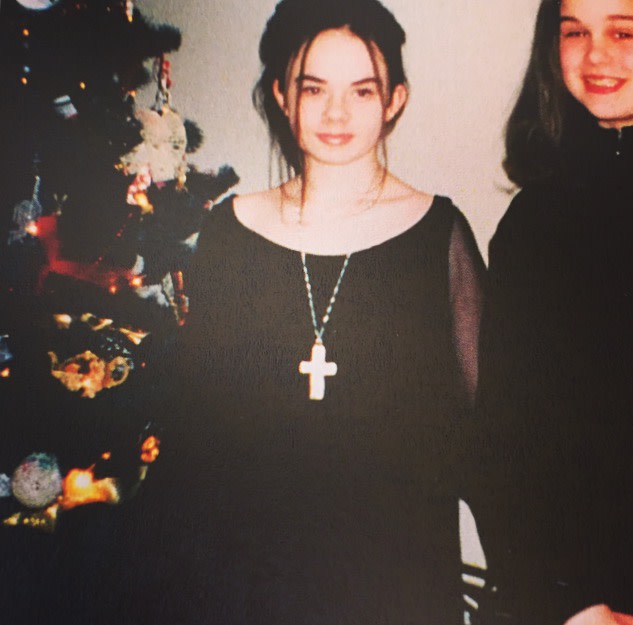 Then I discovered Gord.

Gord was a performer. He was possessed onstage. I’m not even sure I heard the music behind him at first. I just watched Gord, transfixed, as he cast his spell.

You couldn’t avoid The Tragically Hip in Canada. If Neil Young and Leonard Cohen orchestrated the score to our country’s story, the Hip was our country’s built-in soundtrack, shaping our moods towards things that were esoterically ours. I never really understood why they were revered by the hockey cliques at school. To me, they were cerebral and gothic — choosing to amplify the dark side of our past. When Gord side-eyed howled “eeevvvery day I’m dumping the body” onstage, you actually believed that he might have been the malevolent FLQ murderer who put the body in the trunk. Their seemingly innocuous, anthemic song “Courage” was used as the backdrop in Atom Egoyan’s The Sweet Hereafter about a bus crash that killed multiple kids.

Gord Downie was not safe. He was punk. Like an escaped patient from One Flew Over The Cuckoo’s Nest, his explosions onstage were an indication that for two hours, the rich inner monologues of his imagination became his reality. And thus, became ours.

And so of course, I loved him.

At 14, I was bright and had an idea. The Hip were playing a show in Winnipeg that summer. I decided to send Gord a bottle of bourbon. I have no idea why I chose bourbon, except that it seemed like something poets drank. I was 14, so I had to make a case to my parents to buy the bourbon, but they saw my precociousness as creative so they did. I wrote a note by hand. In it, I proved my worth as a fan and told them how much I loved one of their unreleased B-sides called “Get Back Again.” It was the ill-fated romance of the song that did it for me, the line “If I’d never seen you/​I could always dream that I’d be better off alone…”

The crowd was crammed outside The Winnipeg Stadium where Blue Bomber football games that I never attended were played. I saw all the jocks and popular kids from my high school in the crowd. They looked at me like I had taken a wrong turn. But I didn’t care. I was there for the storyteller, Gord. As cyan turned to magenta in the summer sky, the Hip slowed down the set and I heard words that sounded impossible to me: “bourbon” and “thank you” and “Nadia, this one is for you,” as they slid into that weepy little B-side.

The next day at school, I went from loner to legend. I had been temporarily anointed by everybody’s favourite band. A hockey player asked me out. I was invited to bush parties. Girls asked me where I bought my brown lipstick. My status flamed out, eventually; it had to. I wasn’t ever really going to fit in, nor was I meant to. Somehow, Gord’s dedication that day was like a sly contract: receive the glories only youth can give to you… but it won’t really last.

I haven’t ever met Gord Downie. I never got to thank him for those glory days in high school when his influence turned a goth girl into a prom queen for about a minute. But I do thank him.

And for the last few days, I haven’t been able to get that B-side out of my head.

I think our whole country might just feel that way towards Gord Downie for a long time.