“They’re absolutely at home in the world, which means they don’t fit anywhere in it”

NYC artist Sam Lewitt on Straub-Huillet, the art world, and the politics of vision 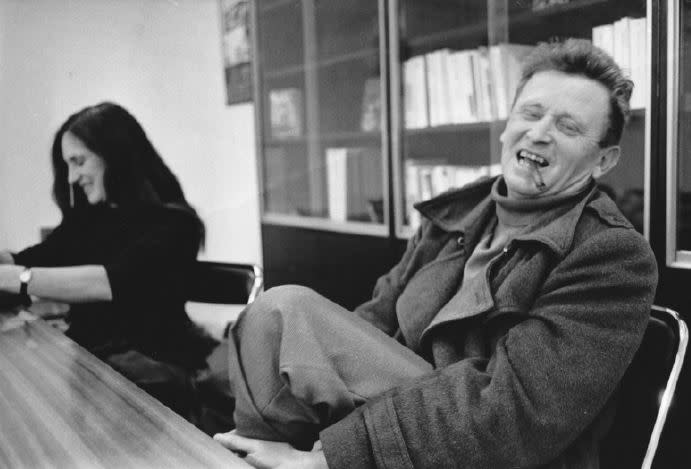 “Jean-Marie Straub and Danièle Huillet are true ‘cinematographers,’ in the Bressonian sense. They have attempted to create a new language, eschew the ‘terrible habit of theatre,’ and have created a filmic art that is transcendent, like all important and unique contemporary artworks.

My own work came out of the ‘minimal’ sculpture of the ’60s and ’70s, and I feel an affinity with the removal of non-essential forms in their films. Language and words have always been central to my work, so Straub-Huillet’s re-presentation of pre-existing texts, with the spoken words of non-professional actors, is of great interest to me. (I particularly like the long takes and use of direct, natural sound in their films, something that’s reminiscent of the films of Tsai Ming-Liang and the revealing panoramic pans in Ulrike Ottinger’s documentary Taiga.)

Their work is sometimes challenging to watch, but like all original and critical artworks, they are deserving of our concentration and consideration.”

As the above reflections from internationally known sculptor and photographer Robin Collyer attest, the films of Straub-Huillet have resonated with many artists working outside of the cinema. Last year’s exhibition Jean-Marie Straub and Danièle Huillet: Films and Their Sites — presented at New York’s Miguel Abreu Gallery in conjunction with the Museum of Modern Art’s screening of the Straub-Huillet retrospective, which is currently entering its final weeks at TIFF Bell Lightbox — further solidified the link between the filmmakers’ intensely materialist practice and the three-dimensional space of the gallery. 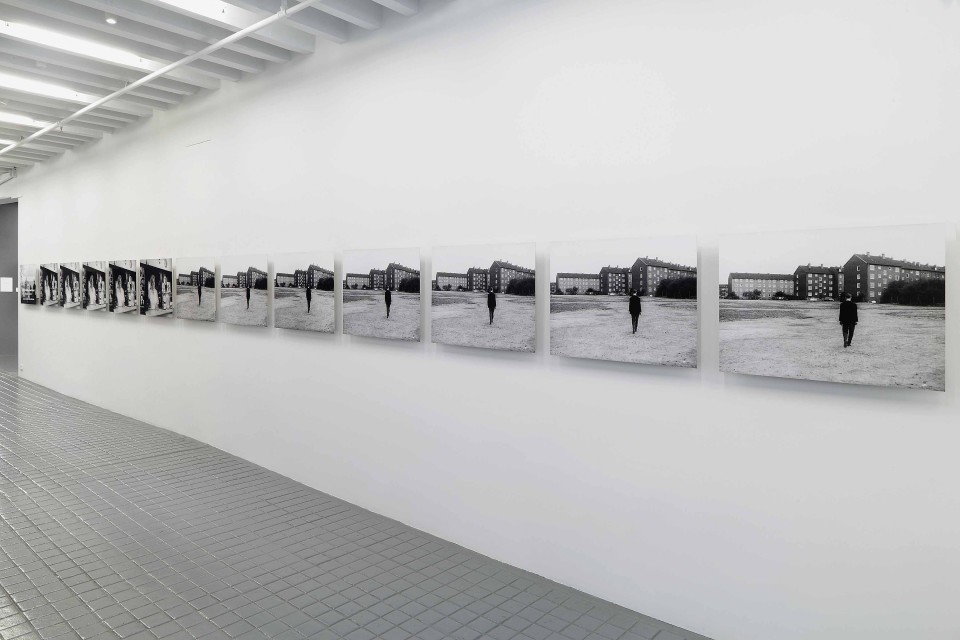 Silver-halide prints of Straub-Huillet's Not Reconciled, from the exhibiton Films and Their Sites at the Miguel Abreu Gallery

Following the recommendation of Mr. Abreu, we spoke with New York-based artist Sam Lewitt, whose own practice has been influenced by the work of Straub-Huillet, to ask him about the nature of that inspiration and the correspondences between the duo’s challenging cinema and the contemporary art world.

When and how did you first encounter the work of Straub-Huillet? What was it that appealed to or intrigued you about their distinctive philosophy and practice of filmmaking?

Sam Lewitt: A friend gave me Barton Byg’s Landscapes of Resistance in 2001. I found the book rigorous and somewhat confusing. The confusion largely stemmed from never having seen the films he was writing about — the book’s exact, shot-by-shot analysis was only available on the level of imagination. That same year, I found a number of illegal bootlegs in a video store and eagerly watched them. I then found the films rigorous and somewhat confusing. Shot by shot, I found no relief. They made an even more exacting demand on my imagination.

Do you see any affinities, echoes or correspondences between Straub-Huillet’s work and your own artistic practice?

SL: Yes, but it’s hard to make a blanket statement about this. The challenge of the work that I have found inspiring has to do with what level of restraint and intervention to allow the material the work is constructed from to speak about its conditions of appearance — even if that means at first appearing mute. 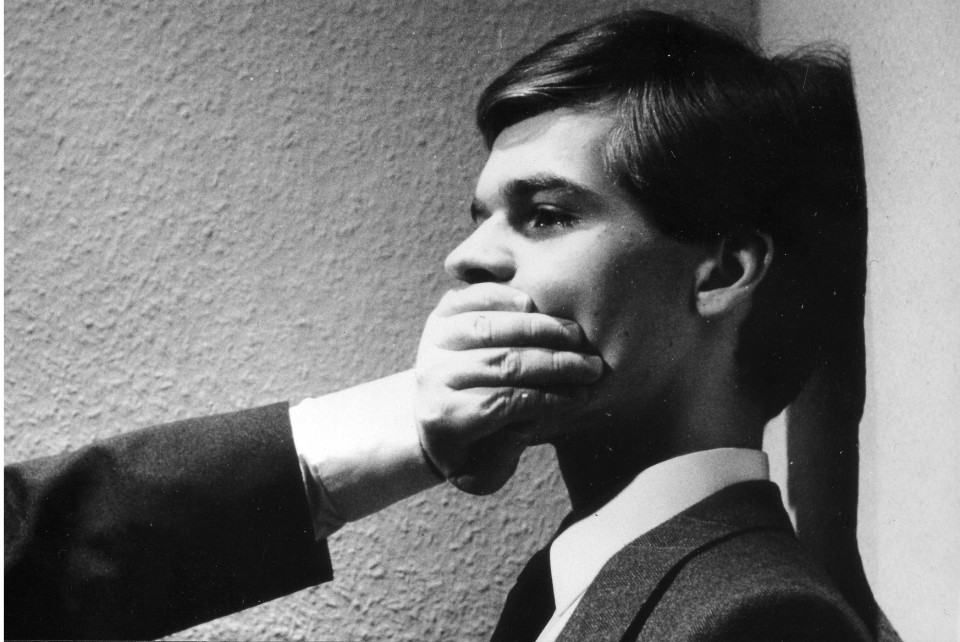 Straub-Huillet’s works often emphasize landscape, nature, the “unspoiled.” Do you think there is any paradox in the fact that such politically committed artists so often seem to be shutting out or even refuting modernity?

SL: It is helpful for me to remind myself that “unspoiled” doesn’t mean “unconditioned.” Nothing recorded on film or video can refuse modernity. Every landscape on film is conditioned by its modernity as a medium. The unspoiled in Straub-Huillet is not in the diegetic space of the film — not even the landscapes of a film like Too Early/Too Late, which I take as one of the most directly political and one of the most elegiac landscape films. What the films refuse to spoil is the relationship between what is captured in the frame, the arrangement of its reception, and the eye that tries to settle somewhere in that arrangement. I think this refusal is what makes the films political, whatever the stated commitments of the filmmakers.

Straub-Huillet often spoke about how they sought to stress the materiality of language: text as a concrete entity, and speech as a physical act. Could you comment on how this manifests itself in their work?

SL: The materiality of language is evident in the throats of the actors in these films. There is a short film by Harun Farocki documenting Danièle Huillet coaching Christian Heinisch in Class Relations, which shows how subtly attuned Straub and Huillet are to language as a filmic material. However, for me the major revelation from this attentiveness to linguistic performance is how far the gap between sonic expression, its auditing and the grammatization of the written text can be stretched.

In addition to the demanding rigour of their filmmaking style, Straub-Huillet also displayed a daunting erudition in the literary and artistic sources for their films. To what extent do you think it is necessary to have “done one’s homework” before encountering Straub-Huillet’s films? How familiar should or does one have to be with their sources?

SL: Homework is usually done after school. I have learned quite a lot from watching these films and following up afterwards. 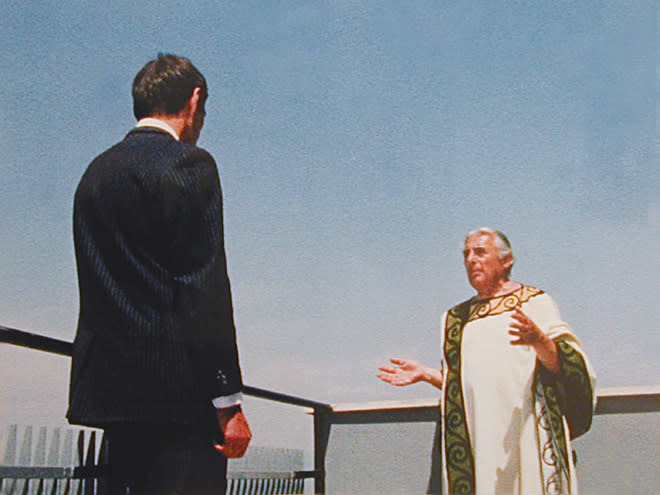 Straub-Huillet fervently believed that their films were political tools — that they could help raise political consciousness and spark revolution. Could you offer your views on this long-running question of the relationship between politics and aesthetics? Can art not only critique, but actually help make concrete social and political change?

SL: These films have the power to change the way the world appears as a complex concatenation of material structures and relations. There is no mechanical law that can make an artwork into a political tool for a viewer. The political arises in those moments where appearances offer themselves to complete reorganization and invention. These films are tools for experiencing those moments, and that is saying a lot.

What do you think about the increasing overlap between cinema and the art world in general, and do you think that Straub-Huillet’s work (or elements of it) find something of a natural fit with a gallery setting?

SL: Straub and Huillet’s films are absolutely at home in the world. Which means, they don’t fit anywhere in it under prevailing conditions.

Picking up the Pieces