A tribute to Sandrine Bonnaire, the daring, dimpled and dignified doyenne of modern French film 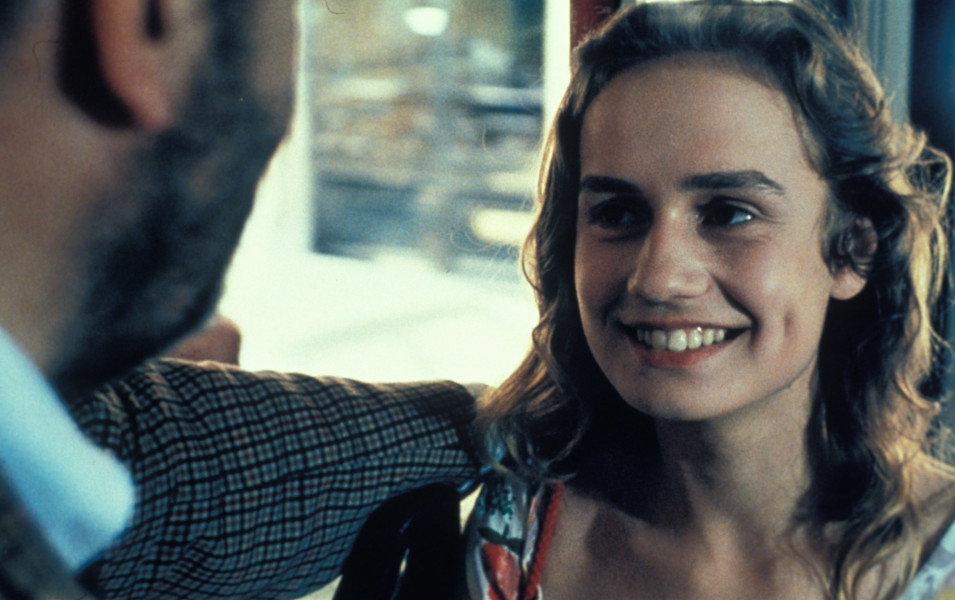 The scene is one of the most moving in all of film history, where one senses the complicity between actress and director as if life itself were being lived for them alone rather than being played out and recorded for us: a late night tête-à-tête between father and daughter, between actor-director Maurice Pialat and newcomer Sandrine Bonnaire in À nos amours, in which the patriarch’s anger slowly dissolves into tenderness before his luminous, pony-tailed daughter-discovery, home too late from a date and couching her fear in the chomping of cold cuts. 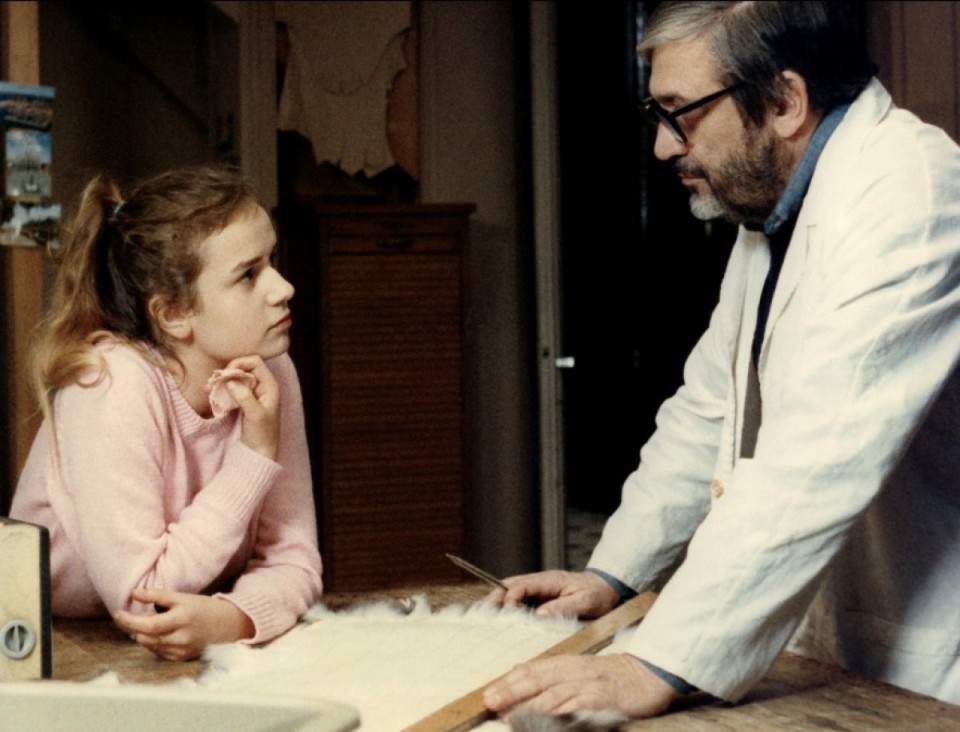 Their conversation is completely extemporized, drawn from real emotion and from an actual exchange that took place when the actress was cast in the lead role of Suzanne, after tagging along with her sister to an open casting call. The soon-to-be famous dimple in Bonnaire’s left cheek, lending her wide, big-toothed smile an air of hesitation, flirtation and sly reserve, drew Pialat’s attention, and he asked her why she didn’t have one on each side. “The other one got fed up and left,” she replied without missing a beat. That confident, natural spontaneity landed her the role and would forever change her life, which has since been filled with tough, judiciously chosen, and award-winning roles, first for Pialat — who subsequently cast her in a small but crucial role in his À nos amours follow-up Police — and then for such other great French filmmakers as Agnès Varda, Jacques Rivette and Claude Chabrol. 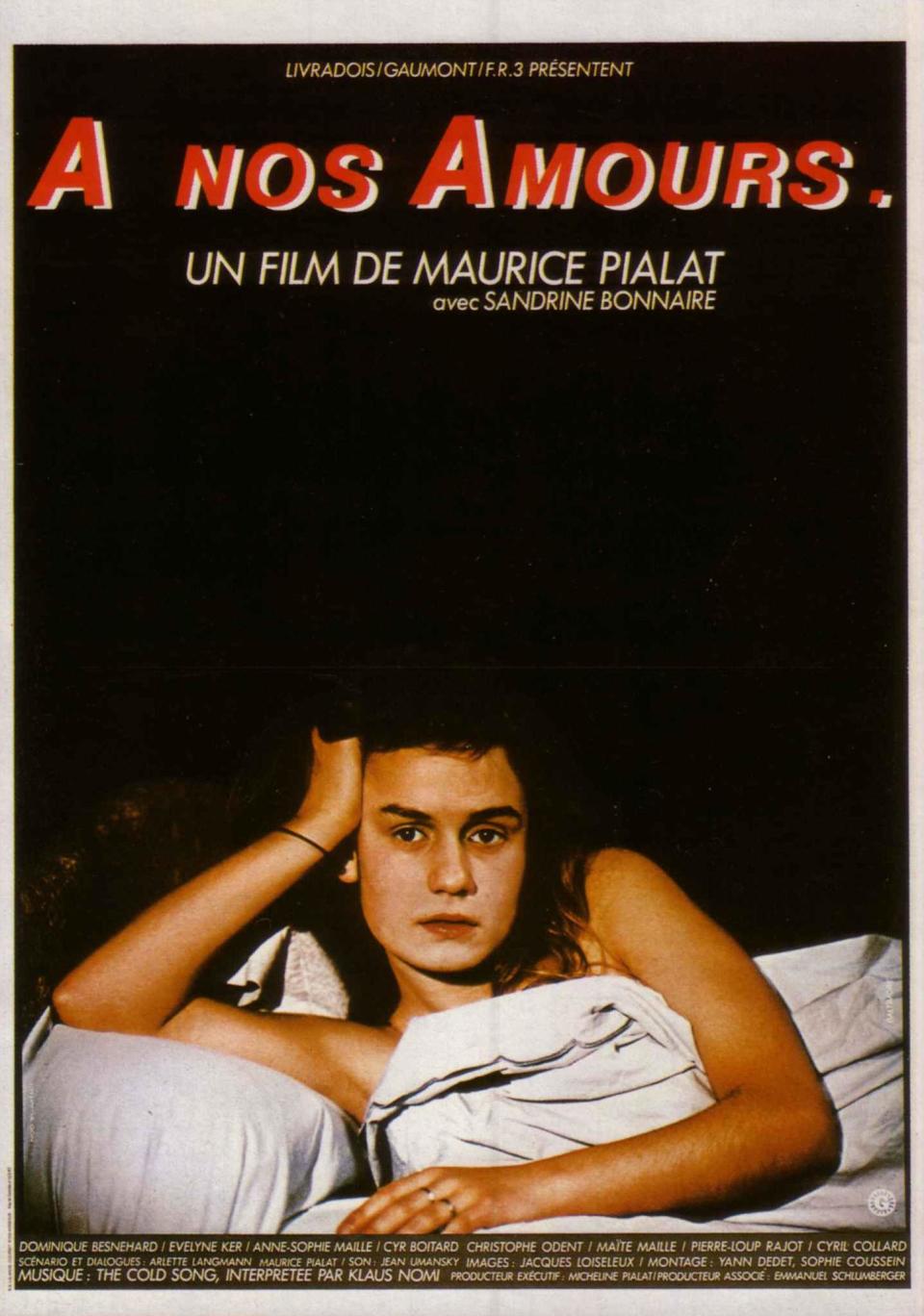 Defiantly facing the viewer in the original marketing materials for À nos amours like a nude from Manet, Bonnaire literally became the poster girl for an entire generation: an earthy sensualist, exposed but dignified, rebellious but also dead serious, with both sadness and lucidity in her eyes. In a post-feminist, pre-AIDS milieu, her incarnation of teen angst and disenchantment was both simple and complex, a contradictory image that has consistently set her apart from her peers — namely the other “B” girls of her generation, Juliette Binoche and Emmanuelle Béart.

Critics considered Bonnaire to be Pialat’s model, both in the Bressonian sense and in that of a painter, capturing the essence of the era as much as the genius of her creator. Hailing from a large working-class family from the countryside and with no background in theatre or cinema, Bonnaire drew upon pure emotion and raw intuition for that first role, which won her the “Most Promising Actress” César (the French Oscar), to be followed two years later with a Best Actress win for her role as Mona, the aimless, adolescent heroine of Varda’s box-office sensation Vagabond. 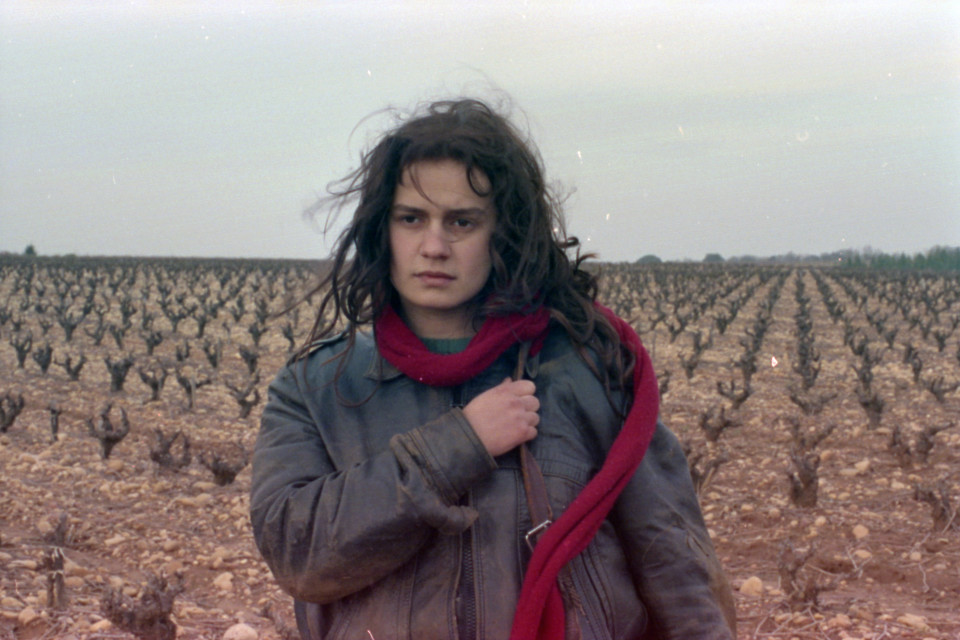 Bonnaire’s propulsive ability to turn sullen into sunny and vice versa is measured out in mysterious moderation; unlike the explosiveness of Isabelle Huppert, Bonnaire’s combustible fits of fou rire (hinging on her impulsive, inimitable giggle) can portend anything from delight to confusion, fear to danger. Chabrol’s La Cérémonie, in which they both star, is a fascinating display of their differing acting styles: Bonnaire as the solemn servant Sophie, harbouring a frightening, interiorized anger, versus Huppert’s hyperactive Jeanne, perpetually bouncing off the walls in a no-holds-barred depiction of a postmistress about to go postal. 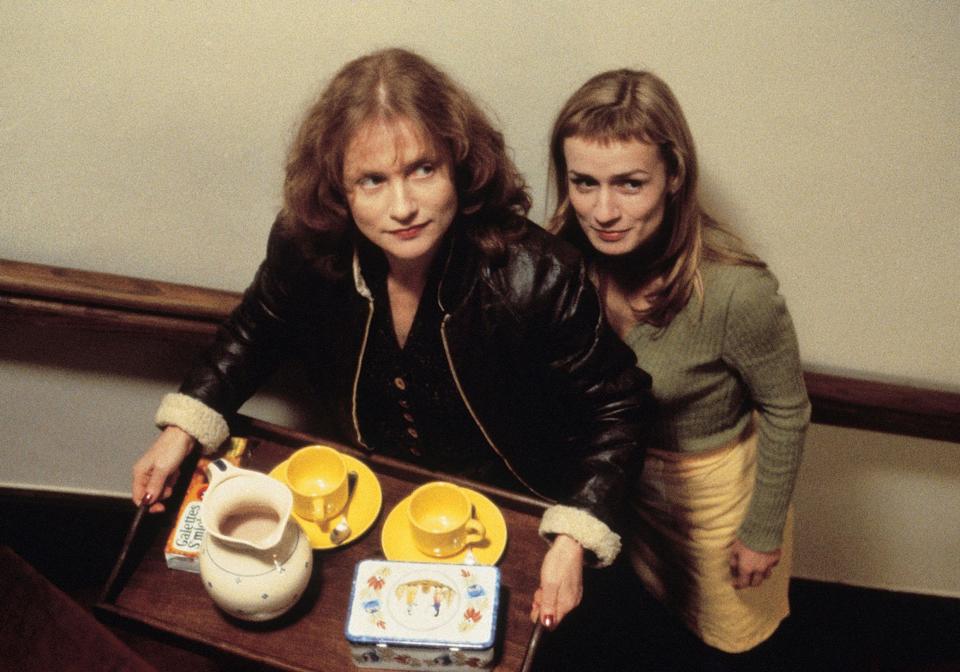 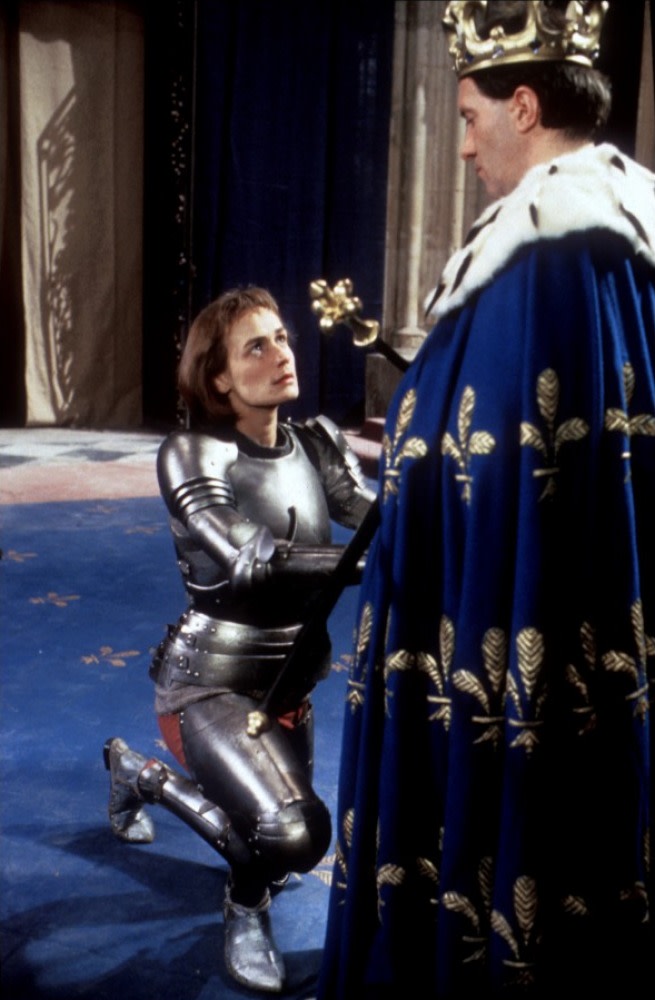 Bonnaire often portrays humble but stubborn working-class characters undergoing quiet (and sometimes not-so-quiet) existential or spiritual quandaries — from Joan of Arc in Rivette’s Jeanne la Pucelle to the middle-aged chambermaid in Caroline Bottaro’s first feature Joueuse, where Bonnaire’s intractable will and enigmatic gaze ultimately transcend the film’s modesty. Curiously, it’s in this lighter film where Kevin Kline’s character asks Bonnaire’s heroine, “Do you always look like that, like what you are about to be told is a matter of life and death?” — recognizing that eternal sadness which Bonnaire seems to incarnate, despite her recent, conscious attempts to avoid being consigned exclusively to the categories of the dark and disturbed. 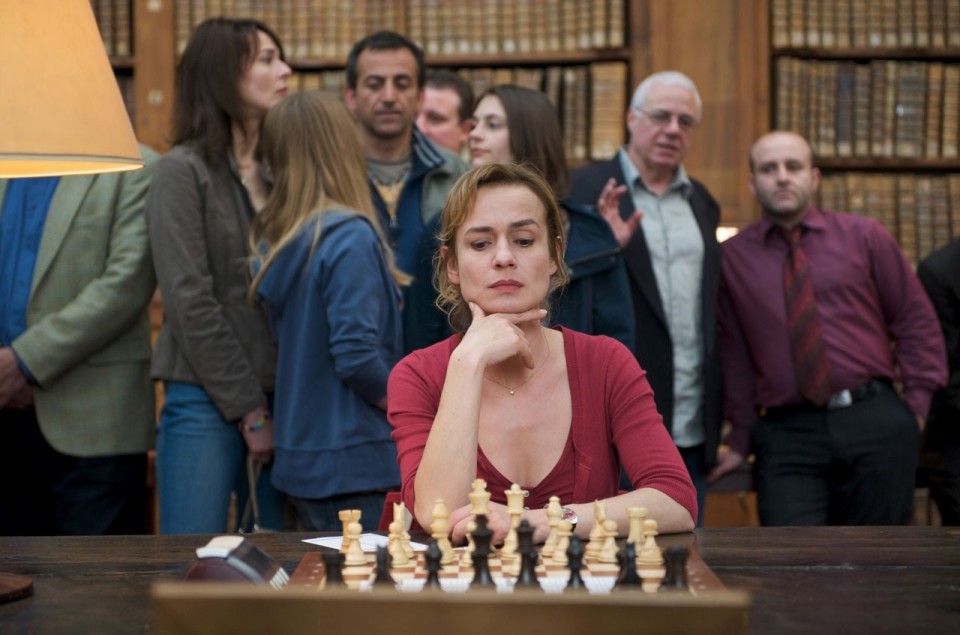 For a girl who danced to Gainsbourg and once fantasized about being Bardot, Bonnaire’s greatest roles are, somewhat paradoxically, ones of gravity and gravitas, hinting at an internal dilemma that, no matter how bare she may appear to be, ensures her enduring mystery. Her fearless, precocious beginnings and her affiliation with the raw, naked cinema of Pialat will forever be a part of her image, and are all the more commanding in light of her considerable discretion and radiant dignity.

This essay was originally written for TIFF Cinematheque’s Sandrine Bonnaire retrospective in Winter 2011.

One Sings, the Other Doesn't with Sarah Gadon

One Hundred and One Nights