Rithy Panh on The Missing Picture 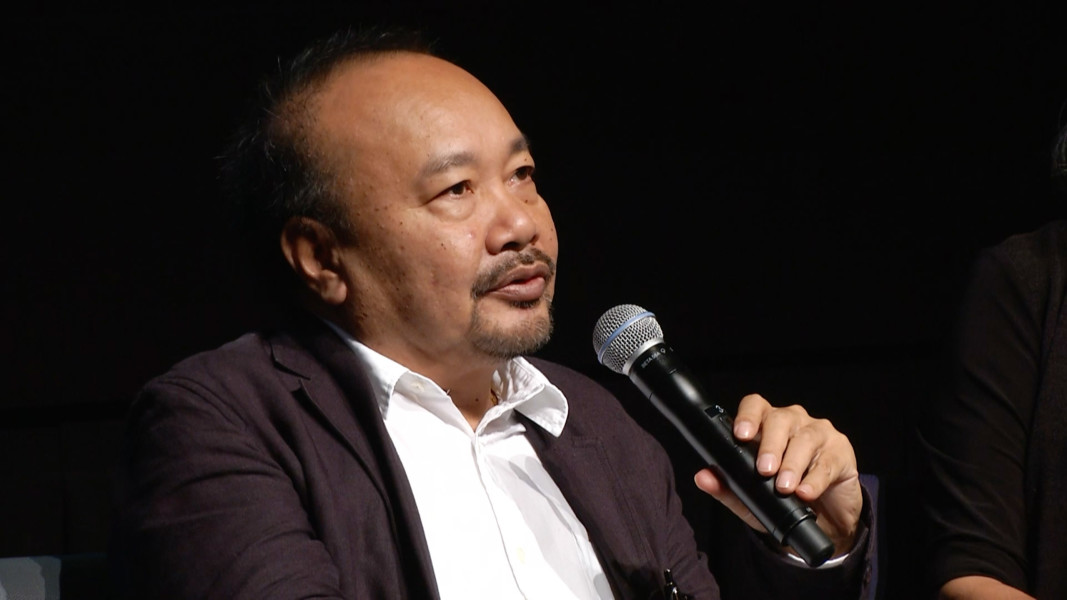 Rithy Panh on The Missing Picture

Following a screening of his Cannes-winning film The Missing Picture (2013), Rithy Panh discussed his approach to the representation of suffering under the Khmer Rouge regime.

Cambodia’s leading filmmaker Rithy Panh joined post-secondary students, faculty, and Visible Evidence conference delegates to discuss his use of figurines and dioramas as a means of chronicling the suffering of his hometown under the Khmer Rouge regime. Combining archival footage and hand-sculpted clay figurines, the film recounts daily life in Cambodia during the reign of the Khmer Rouge from 1975 to 1979. The Missing Picture was awarded the Un Certain Regard section at Cannes in 2013 and was Cambodia’s selection for the Best Foreign Language Film category at the 2014 Academy Awards.

Throughout his career, Panh has made numerous films about the Khmer Rouge and the Cambodian genocide; he says this is not necessarily because he wants to, but because the ideas come to him. Panh grappled with finding the right approach for The Missing Picture and it was not until after a trip to his childhood home in Cambodia that the idea of using clay figurines helped give shape to the project. Other discussion topics include the duty Panh feels in preserving the dignity of the victims of genocide, the importance of mourning, as well as the subjectivity of cinema and its ability to be revolutionary.

Co-presented with Visible Evidence, with the support of the Social Sciences and Humanities Research Council of Canada, the Consulate General of France in Toronto, the Asian Institute at the University of Toronto, the Dr. David Chu Program in Asia Pacific Studies and the Centre for Southeast Asian Studies, this Higher Learning event was held on August 20, 2015 at TIFF Bell Lightbox and was hosted by Deirdre Boyle, Associate Professor in the School of Media Studies at The New School in New York.