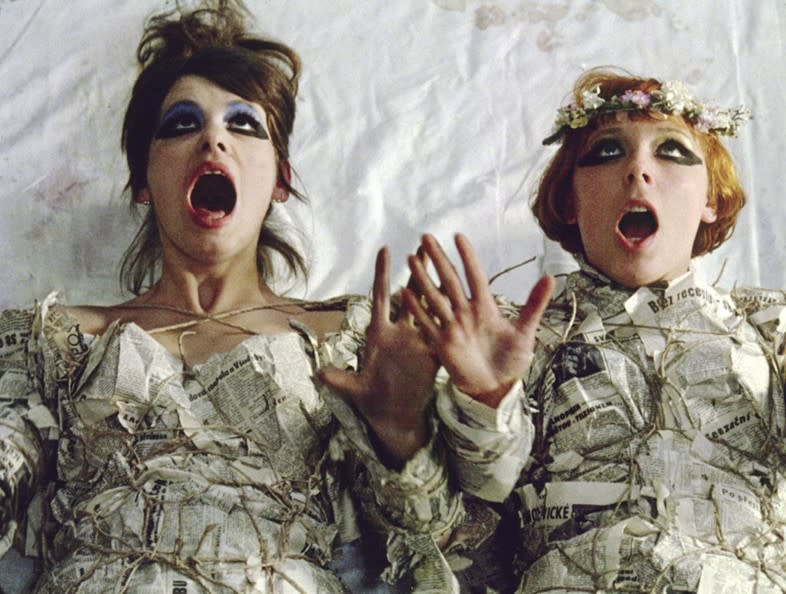 “I believe with my wholeheartmindbody that girls constitute a revolutionary soul force that can, and will, change the world for real.” —“Riot Grrrl Manifesto,” Bikini Kill #2 (1991)

“What happened to all the angry, powerful women in ’90s rock?” asked the subtitle of a widely circulated 2010 conversation between writers Sara Marcus and Marisa Meltzer, in which they recounted the story of how, at a recent party, they had spontaneously launched into a rendition of the Riot Grrrl self-defense anthem “Eyes, Knees, Groin, Throat” — a song that they had each memorized as teenagers in the 1990s, despite the fact that they had grown up in different cities.

Originating predominantly in two cities in the late ’80s — Olympia, Washington, and Washington D.C. — Riot Grrrl was a feminist punk movement that erupted quickly, burned bright for a few years, and left a culturally influential legacy in its wake. Defined by an anti-capitalist DIY ethos and a fierce rejection of the sexism endemic to the male-dominated punk scene, Riot Grrrl was embodied not only in the music of such bands as Bikini Kill, Bratmobile, and Heavens to Betsy, but also in the self-published zines that had given the movement its moniker: drummer Tobi Vail, one of the founding members of Bikini Kill, added the growling subtitle “angry grrrl zine” to an issue of her publication Jigsaw, and the word stuck. 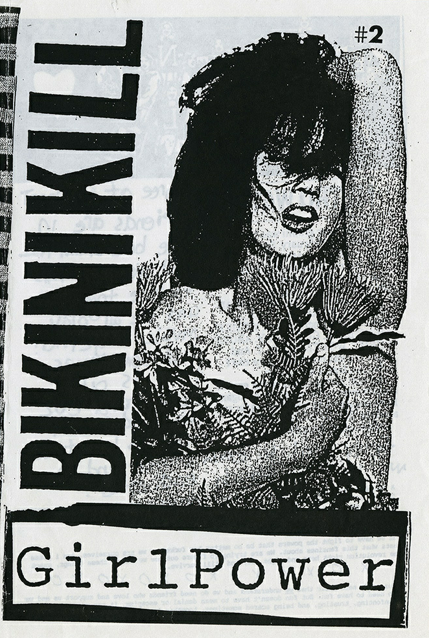 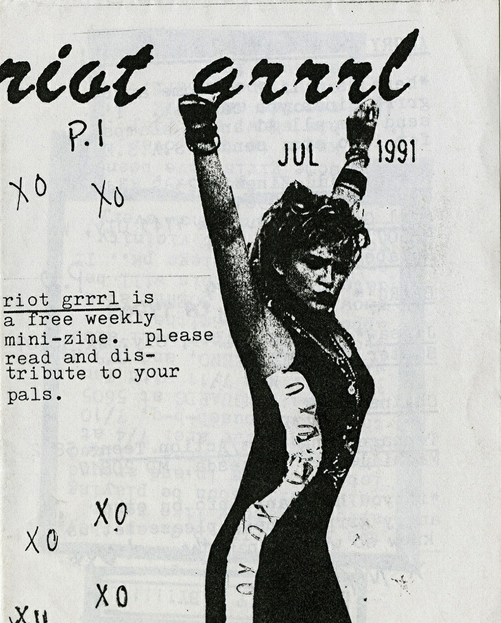 While both Marcus and Meltzer lament the passing of Riot Grrrl and the mainstreaming of its revolt into such “prepackaged iterations of female ‘empowerment’ [as] Alanis Morissette, Lilith Fair, and, of course, the Spice Girls,” they nevertheless note that the era of Britney, Miley et al. has not quashed all hope for raising female consciousness. “The internet has made being a teenage girl a potentially less isolating experience,” says Meltzer. “It's simple to start a blog or a Tumblr or join Twitter and suddenly belong to your own internet cohort that gets all your references to hating Justin Bieber and loving the movie Daisies.” 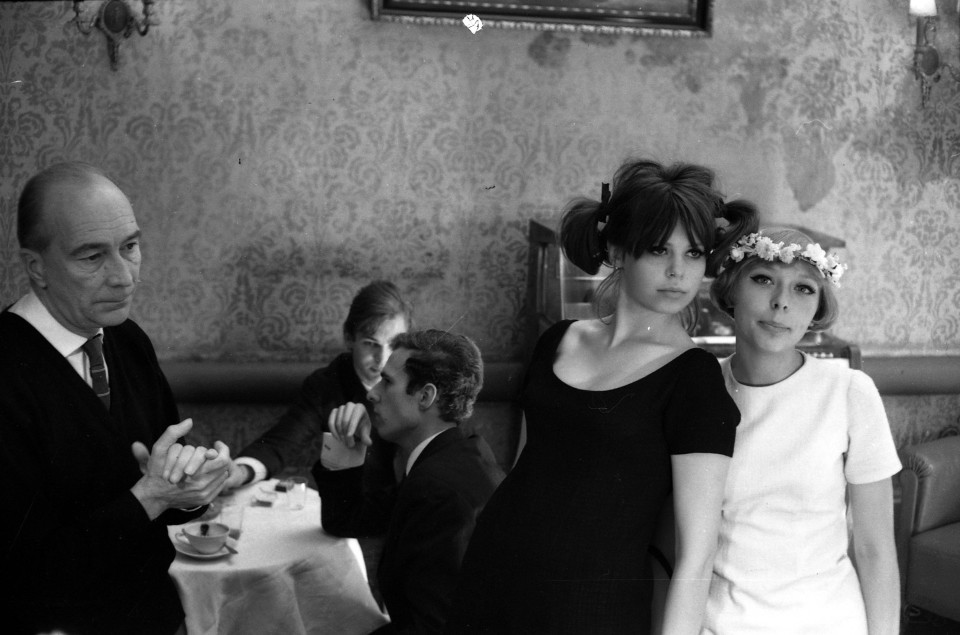 When I first read Meltzer’s comment, I was stunned to learn of this army of American teenage girls in the ’00s who apparently had a fondness for a subtitled Czech film made more than four decades earlier. An intentionally abrasive, resolutely plotless chronicle of the anarchic adventures of two teenage girls, both named Marie (played by Jitka Cerhová and Ivana Karbanová, neither of whom had previous acting experience), Daisies was directed by Věra Chytilová, the only woman filmmaker of the Czech New Wave — a politically and formally radical cinema that teetered on the edge of official toleration and condemnation throughout the 1960s, until it was largely squashed in the crackdown that followed on the heels of the Prague Spring in 1969. 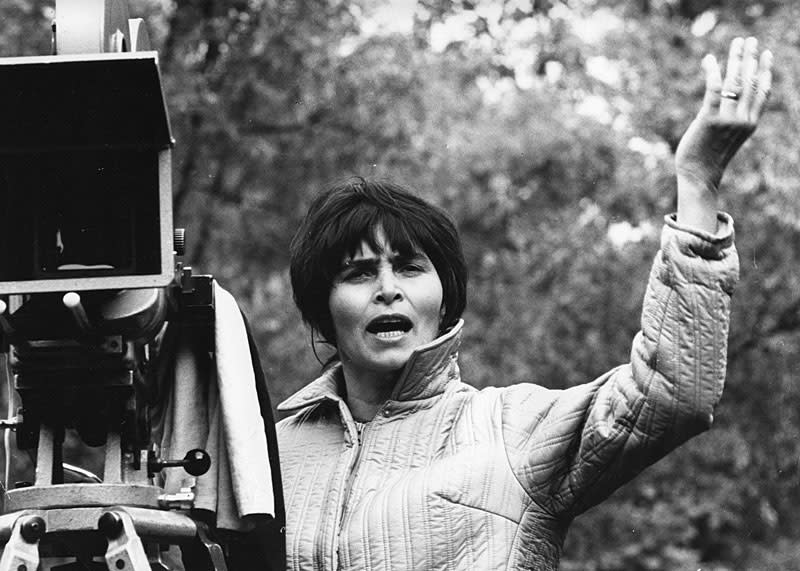 Part of a global surge of “new cinemas” such as the French nouvelle vague, the Czech New Wave helped put the country on the cinematic world map, with two of the major films associated with the movement — Ján Kadár and Elmar Klos’ The Shop on Main Street (1965) and Jiří Menzel’s Closely Watched Trains (1966) — winning Oscars for Best Foreign Language Film. Broadly speaking, the New Wave films were marked by a dark comic absurdism and frequently used non-professional actors and improvisation; however, despite occasional surrealistic touches, most of the films employed more or less conventional narratives and adhered to the tenets of psychological realism.

In contrast, Daisies is an unabashedly avant-garde work: it does not have a story in any conventional sense, and there is neither any “character development” nor character psychology. Uncompromisingly modernist in its elliptical, fragmented structure and eschewal of realism, Daisies has not dated one iota: 50 years later, it remains startling, fearless, and utterly unclassifiable. (In the course of a lengthy analysis of the film on his blog, Steven Shaviro, while charging that Daisies has never “been given its rightful due in histories of film,” nevertheless concedes that “even those of us who love Daisies have trouble finding the proper terms to account for it.”) 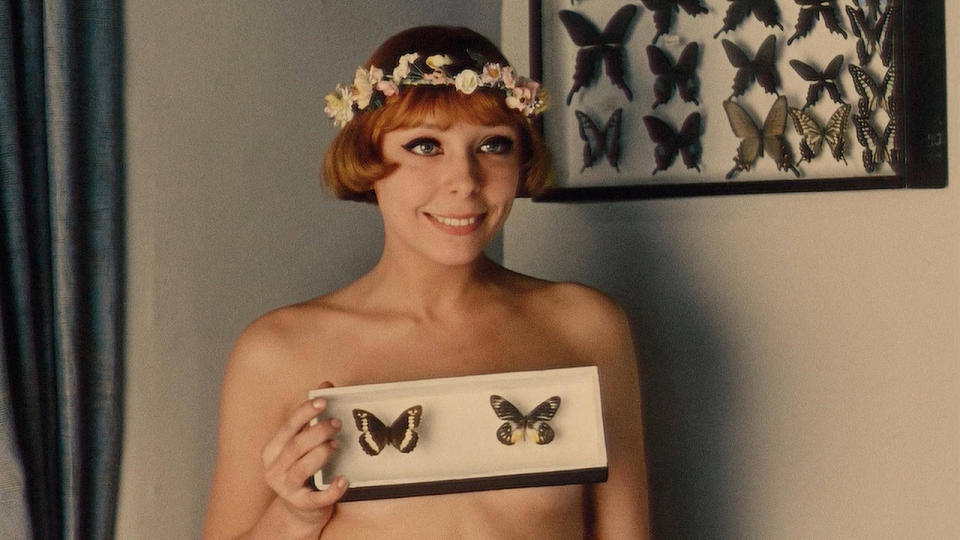 Seeing Chytilová’s audacious but obscure work cited in Marcus and Meltzer’s conversation led me to wonder about those previous generations of teenage girls who came of age before the rise of the internet. Might there be some resonance between Daisies and the fantasies and experiences of young women who embraced the Riot Grrrl movement in the early ’90s? Was it possible that Daisies anticipated Riot Grrrl?

At the outset of the film, the two Maries declare that since “the world is spoiled … we should be spoiled too.” What follows for the next 70 minutes is a series of barely connected sequences that show the girls as a gleefully destructive force, wreaking havoc with inspired imaginativeness. They go out with older men and act disruptively, finally ditching their dates; arriving at a nightclub, they cause utter confusion by upstaging the cabaret act in progress; at home, they turn their scissors on bed sheets and phallic food (bananas, eggs, sausages); and, in the apocalyptic climax, they bring devastation upon an impeccably set official banquet table — a glaringly unmissable anti-establishment gesture. (When Daisies was banned by the Czech authorities, a key reason cited was “food wastage.”) 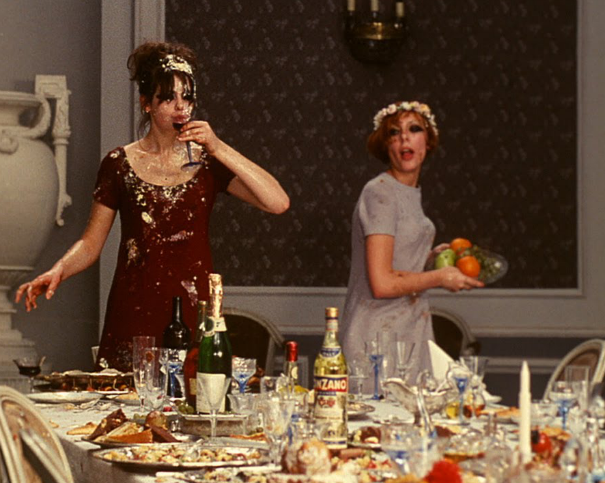 Matching the audacity of its content is the film’s dazzling style. Chytilová, her collaborator Ester Krumbachova (who co-wrote the film with the director and helped conceive its audiovisual design) and Chytilová’s cinematographer (and husband) Jaroslav Kučera weaponize a battery of effects throughout the film: alternations between colour and black and white, images that move through a succession of colour filters, slow and accelerated motion, animation, found-footage inserts and jarring montage. None of these effects are large-scale or opulent; instead, they are driven by a low-budget, incessantly playful experimentalism. 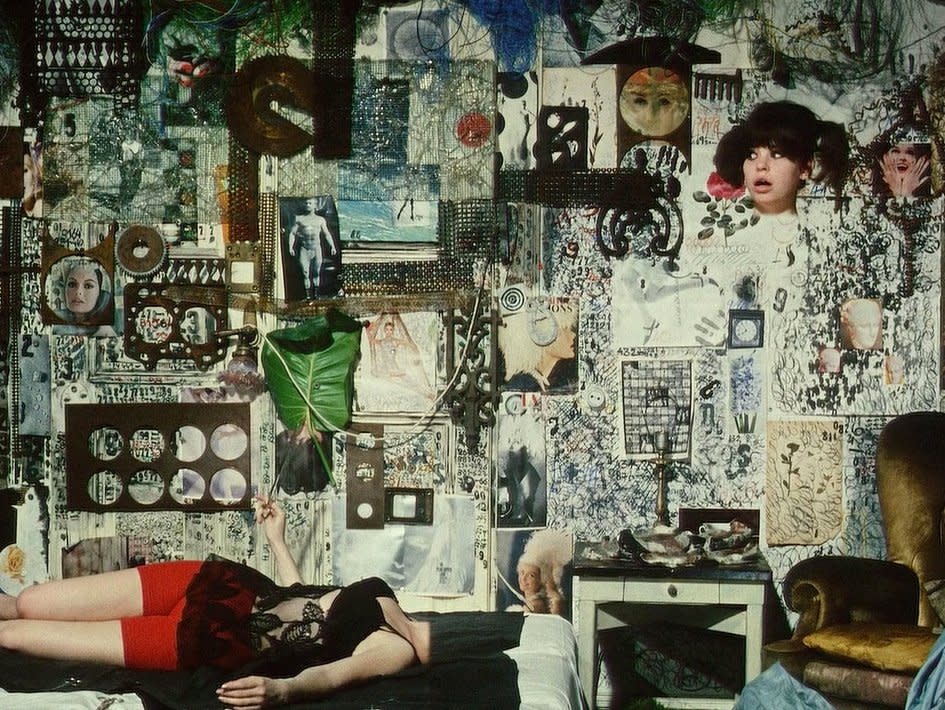 It is not hard to locate an echo of this spirit of creative play in the DIY ethos of Riot Grrrl, which was perfectly embodied in the zines that played such a central role in the movement: turning their backs on the mainstream media and its methods, Riot Grrrl zines were handmade, photocopied, emphatically anti-copyright, and distributed mostly by hand or at music shows. 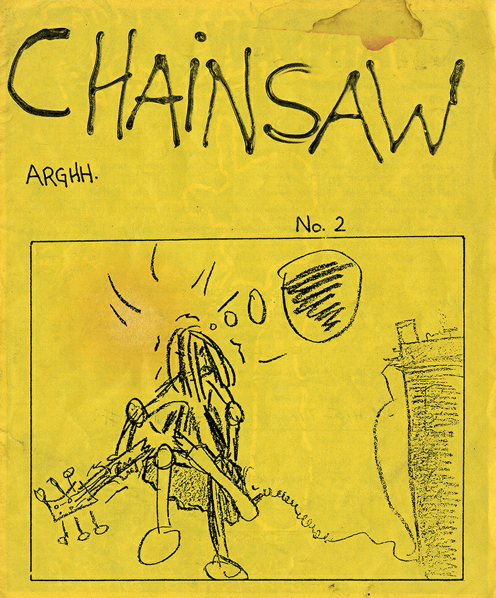 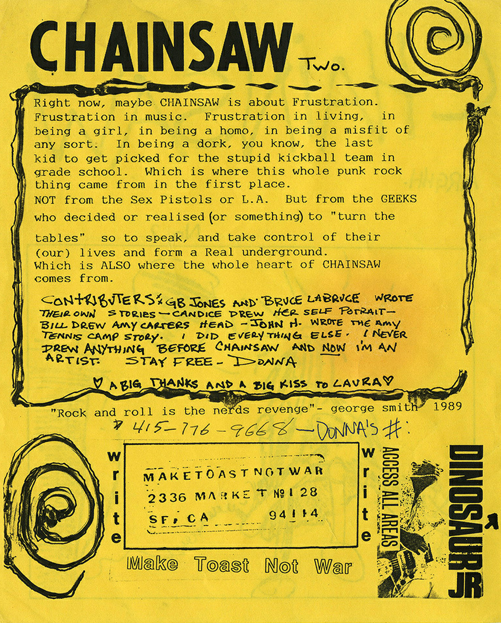 The rallying cry of Riot Grrrl was “Revolution Girl Style Now” (also the title of a Bikini Kill 1991 demo cassette), which was described by Vail as “a call for all girls to start bands, start zines, and participate in the making of independent culture.” In the early ’90s, Riot Grrrl chapters sprang up all over the country, consciousness-raising (CR) groups were formed to allow young women to share their personal experiences, and self-defense workshops responded to an environment (mainly that of the punk music scene) in which sexual harassment and assault were distressingly commonplace.

Even though it represented a revolt against social norms, the male-dominated punk culture was frequently exclusionary and blind to its own sexism. This was so especially within its “hardcore” subculture, which had a strong presence in Washington D.C., one of the birthplaces of Riot Grrrl. As Julia Downes has noted, hardcore evinced a number of traits that were deeply masculinist: the violence and aggressiveness of the music and lyrics, the fast-paced playing that emphasized competitive virtuosity and prowess, and the ascetic “straight-edge” ideology which took pride in defying rock ’n’ roll stereotypes by foregoing drink and drugs. Bitch Magazine co-founder Andi Zeisler — whose 2016 book We Were Feminists Once chronicles the commodification of Riot Grrrl into corporate-friendly messages of “empowerment” — has pointed out that the role that women played in the hardcore scene was far too often simply that of girlfriends: they stood on the sidelines holding their boyfriends’ jackets while the men dove into the mosh pit. 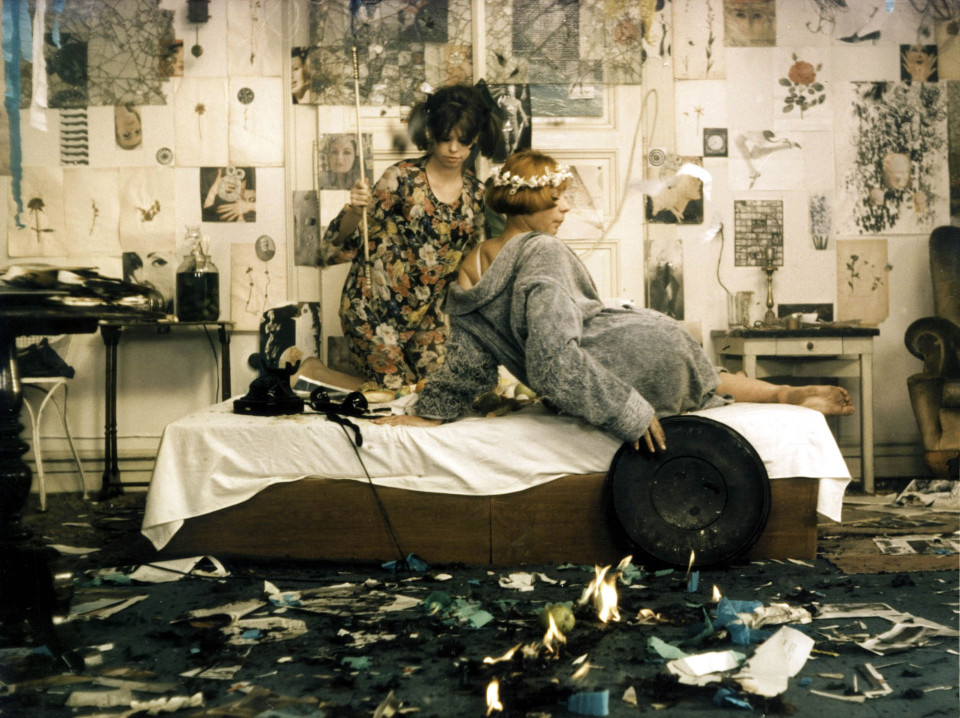 Just as in Daisies the two heroines turn a series of spaces — urban and rural, private and public — into playgrounds for their anarchic antics, so too did Riot Grrrl seek to carve out physical spaces for young women to give unfettered expression to their creative impulses — not only through such woman-only environments as chapter gatherings and CR sessions, but also by reclaiming those public spaces that had traditionally been dominated by men. Sara Marcus’ definitive history of the movement, Girls to the Front: The True Story of the Riot Grrrl Revolution, takes its title from a common practice of bands such as Bikini Kill, who would often halt a concert and refuse to resume playing until all the men who had been hogging space near the stage had moved to the back.

Riot Grrrl feels especially prescient in light of the #MeToo era, because it drew attention not simply to individual acts of sexism but to large-scale ideological forces such as the nexus between patriarchy and capitalism. Rejecting the competitiveness and individualism of a male-dominated culture, Riot Grrrl was self-consciously and insistently collectivist. While Kathleen Hanna, co-founder and lead singer of Bikini Kill, is the figure most frequently invoked in discussions of the movement, in interviews Hanna has been reluctant to assume the role of spokesperson for Riot Grrrl, instead stressing that it was a coalition, a collective, that aimed to create political change through cultural activism. 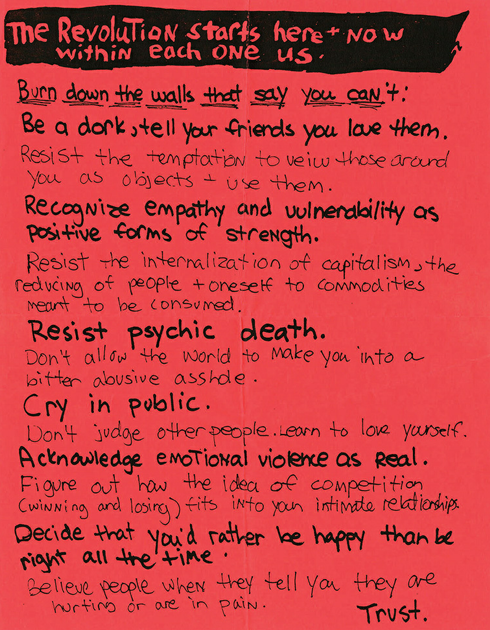 Although the two Maries of Daisies do not exactly constitute a collective, it is not insignificant that, apart from differences in their physical appearance, they are not strongly individuated. Though they are present in nearly every scene, we do not get close or “well-rounded” portraits of them: it is difficult to recall and distinguish the actions and provocations of one from the other. In this sense, they are a trans-individual force whose open defiance of social norms contains the kernel of a potential collective uprising — a threat that was clearly not lost upon the state censors who banned the film. 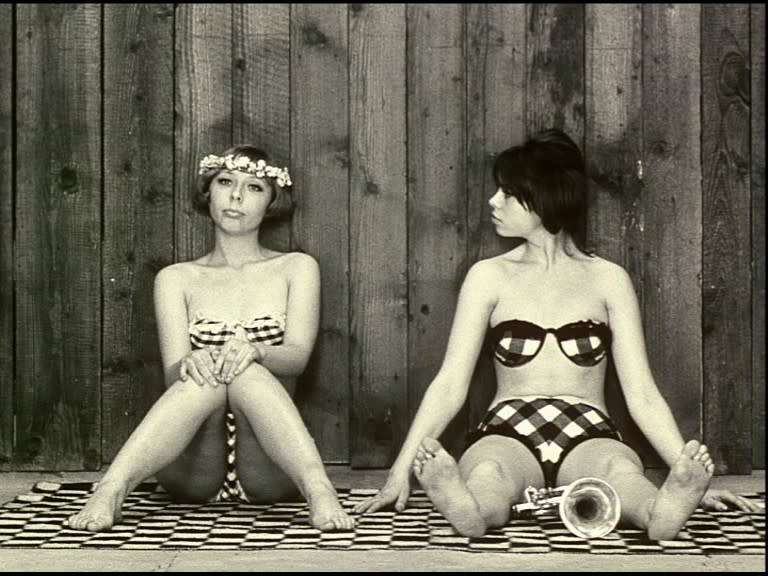 While Chytilová has denied that Daisies is feminist, instead calling it a critique of the nihilism and bad behaviour of her two Maries — a refutation that was likely made under duress, in a bid to appease the Czech authorities — what unites it with such later movements as Riot Grrrl and #MeToo is a powerful impulse to tear down the status quo and raze patriarchal culture to the ground. It is this quality that has made the film beloved not only of feminist critics and scholars, but of a whole host of diverse audiences: academics, world-cinema enthusiasts, specialists of avant-garde cinema, and the kind of Bieber-spurning teenage girls whom Marcus and Meltzer salute. Fifty years on, Daisies promises to remain inexhaustible — who knows what new and surprising viewers lie in wait for it? 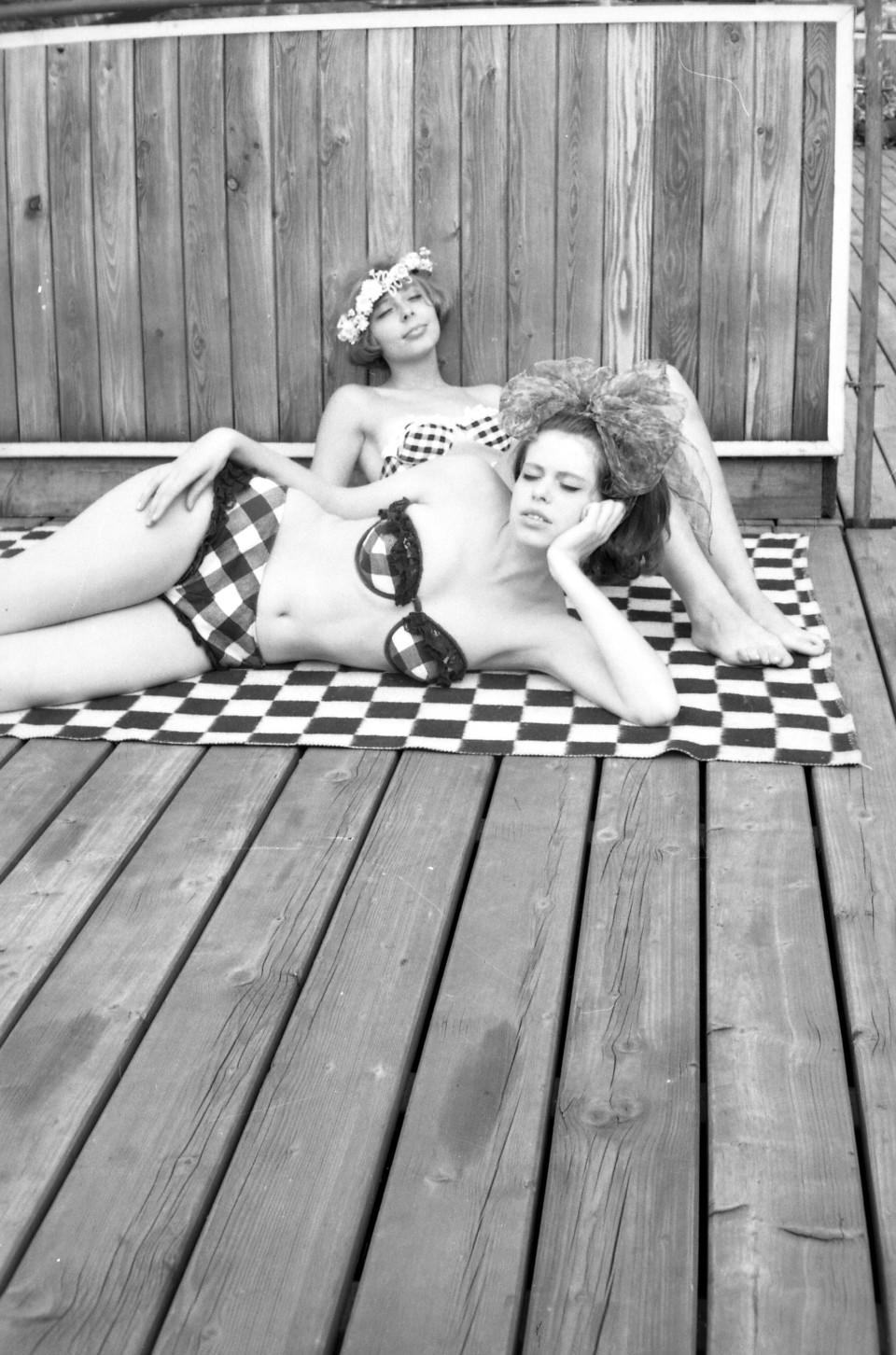