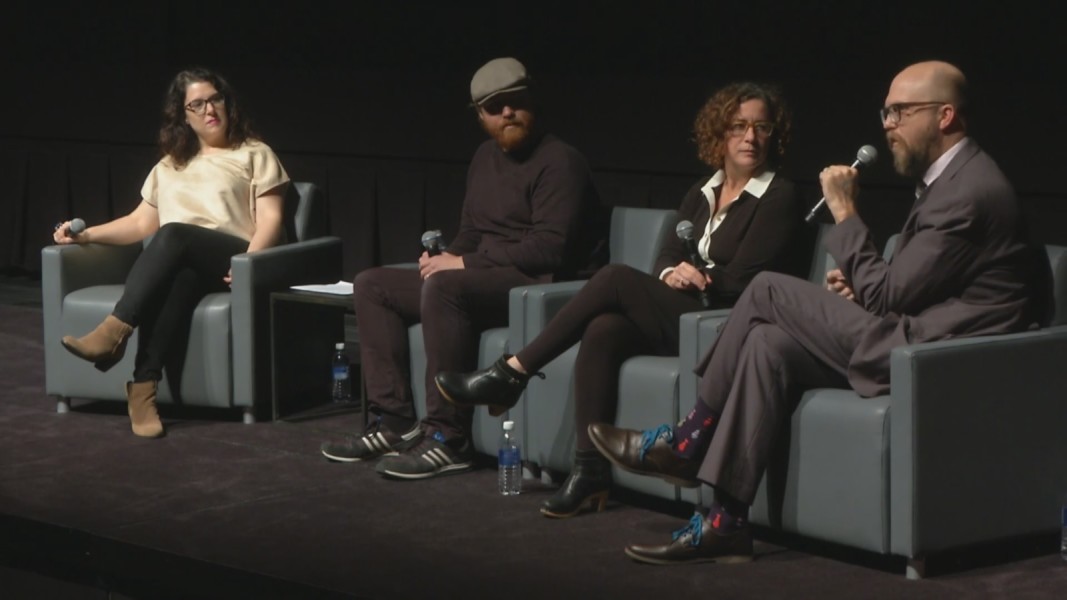 Film projectionists and technicians considered the skills, best practices, and tools required to project moving-image works and the importance of continued use and preservation.

Expert guests Andy Uhrich (Indiana University), Katie Trainor (Museum of Modern Art), and James King (TIFF Bell Lightbox) shared the skills and best practices they have gained from their experiences in the projection booths of film festivals and art house cinemas in North America and beyond.

Panelists delved deeper to consider the role of the film projectionist, the tools of the trade, and possible training and mentorship pathways that exist for aspiring projectionists. As the film industry transitions from celluloid to digital production, the relationship between the projectionist and their audience has changed also. With increased efforts to make audiences aware when they are seeing film on film, there is now more attention than ever on the once silent and unseen projectionist, tasked with creating a seamless cinema-going experience. As noted by Andy Uhrich, the history of the craft of film projection provides many opportunities for research.

Looking towards the future, panelists discussed how dwindling resources — film stock, film projector parts, and facilities and technicians — challenge artists, scholars, and film lovers hoping to create, study, and watch 8mm, 16mm, 35mm, and 70mm films. In response to these challenges, home-video festivals, academic institutions and libraries, and moving-image museums continue to be spaces that advocate for the projection of film, as well as the importance of its preservation.

*This Higher Learning event was held on November 18, 2016, at TIFF Bell Lightbox and was moderated by Theresa Scandiffio, Director, Adult Learning at TIFF. This event was supported by the Government of Canada and the Hollywood Foreign Press Association as part of TIFF’s Reel Heritage initiative. *