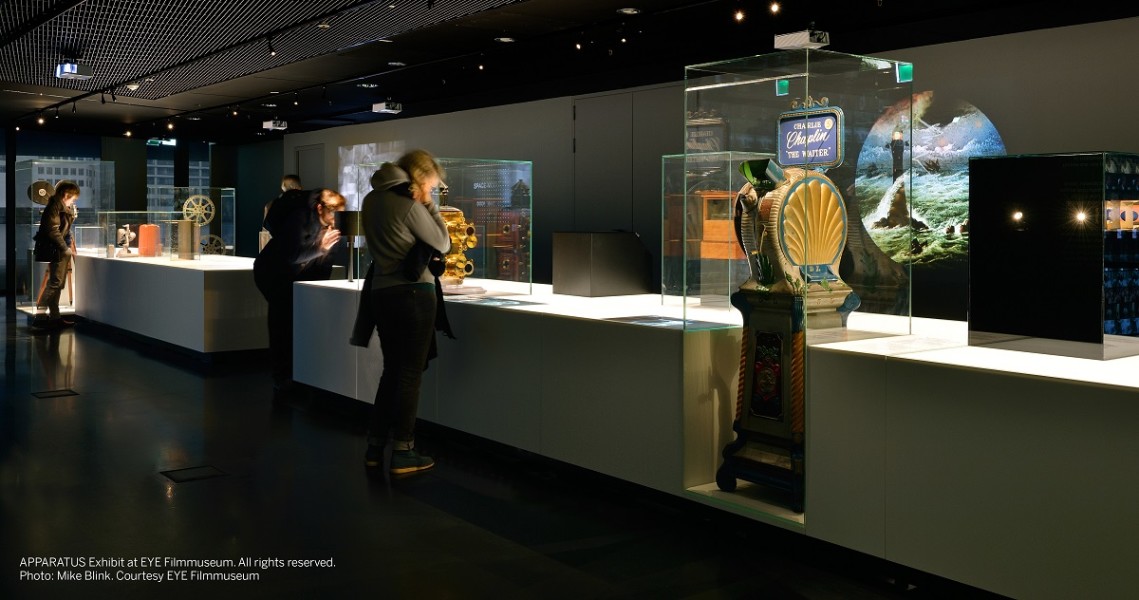 Giovanna Fossati, Chief Curator at the EYE Filmmuseum, discussed her extensive research in film preservation and heritage prior to a screening of rare silent short films

EYE Filmmuseum opened in Amsterdam in 2012. Similar to TIFF Bell Lightbox, EYE provides a variety of opportunities for film lovers to engage with and learn about film, including screenings, talks, and exhibitions featuring materials from their archival collection.

In recent years, interest in the materiality of film, and the history of film apparatuses used in exhibition, has expanded. In this talk, Giovanna Fossatti, Chief Curator at EYE Filmmuseum and professor of Film Heritage and Digital Film Culture at the University of Amsterdam, explored these burgeoning areas of scholarship using examples from her most recent book project, Exposing the Film Apparatus, which surveys evolving film apparatus technologies, each of varied size and function, and the efforts being made to preserve them.

In another demonstration of film preservation and display practice, Fossati curated a short film programme comprised of digitally resorted, silent short films from the EYE filmmuseum collection. The films selected represented several colouring techniques employed in early colour film, including hand-colouring, stenciling, tinting, and toning. Following the screening, Fossati provided historical context to early colour cinema, outlining the corresponding thematic meanings of early film colours and expanded on the current preservation strategies in the world of film archives. Other topics discussed during the event include: digital preservation as a means to increase access; the historical exhibition of silent films; and the use of colour in experimental film.

This Higher Learning event took place on March 20, 2017, and was made possible through support from the Government of Canada, the Hollywood Foreign Press Association as part of TIFF’s Reel Heritage initiative.