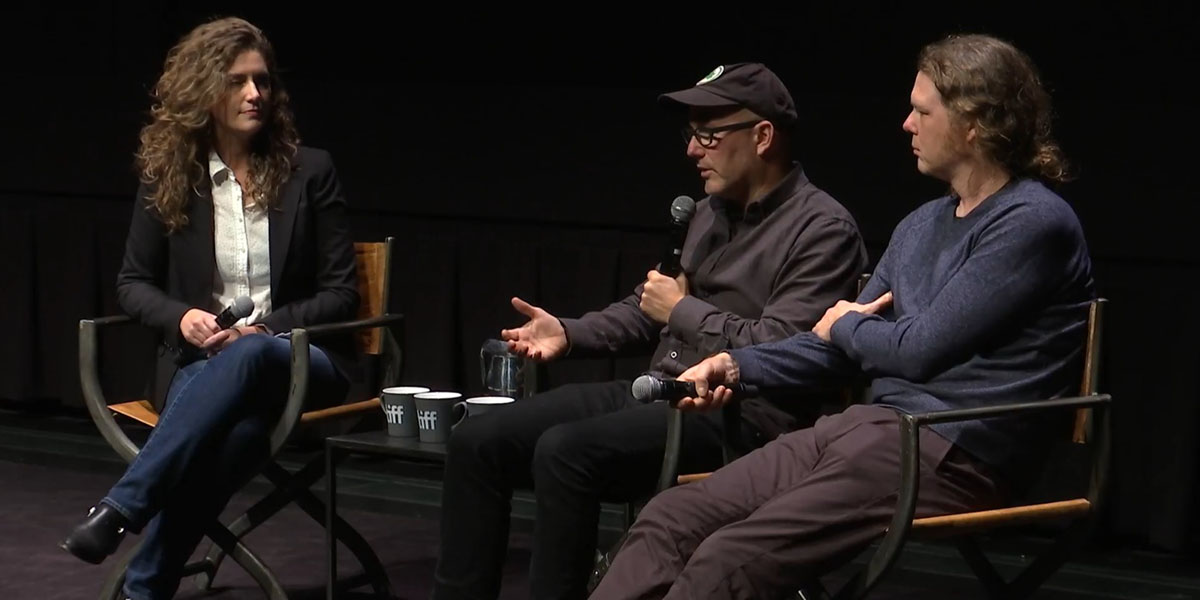 Following a screening of Dawson City: Frozen Time, director Bill Morrison and film conservator Paul Gordon discussed the making of the documentary and the challenges of preserving and archiving film.

In the late 1970s, hundreds of old nitrate films were discovered at the bottom of a frozen swimming pool in Dawson City, Yukon. This collection of films, dating back to the 1900s and 20s represented some of the best preserved and only copies of old films that have since been lost or destroyed. During the onstage conversation, director Bill Morrison spoke about how he first learned about the Dawson City discovery and how he worked with Library and Archives Canada to create Dawson City: Frozen Time.

Morrison delved into the narrative structure of the film in which he used the found footage to create a comprehensive visual history of The Gold Rush and life in Dawson City, including clips from the silent films that played as well as from world news events like the 1919 World Series. Paul Gordon, a film conservator for Library and Archives Canada and a producer on the film provided insight into how the films were cleaned and processed for digitization.

Gordon and Morrison also explored the particular challenges of handling and preserving highly-combustible nitrate films and the methods used to restore the Dawson City films in particular. More generally, they also considered the rise of digital production in the film industry and the new challenges of preserving movies for future generations, which are further impacted by the difficulty of finding stable methods for storing digital media produced today. For both panelists, the film medium is one of the best ways to store shared cultural memories and thus they advocated that it is essential to find ways to preserve films that stand the test of time.

This Reel Heritage event was held on November 20, 2017 at TIFF Bell Lightbox and was hosted by Michelle Lovegrove Thomson, Senior Manager of the Film Reference Library at TIFF.