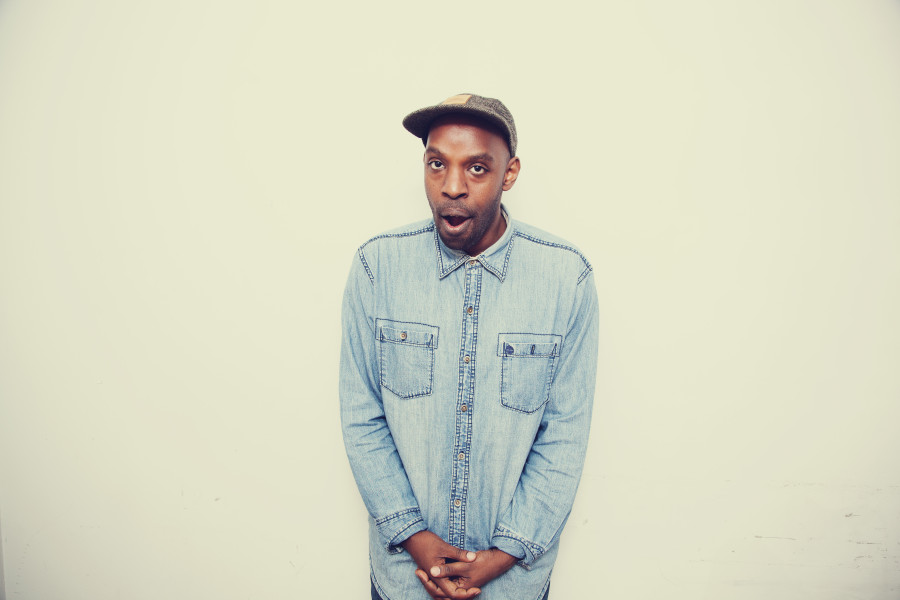 *To celebrate tonight's MuchMusic Video Awards, we asked the rapper and broadcaster Shad to weigh in how MuchMusic shaped his career as a video lover and Canadian artist. For more music video content, head to TIFF's Canada on Screen digital catalogue for essays on the 10 music videos that shaped Canadian cinema, curated in partnership with the Prism Prize. *

Every day, my sister and I would rush home from school to watch MuchMusic. You’d get a snack and sit down because you couldn't miss The Wedge. We had the converter ready to go, always flipping back and forth between Fresh Prince, Blossom, and to MuchMusic during the commercials. I remember seeing Beck do "Debra" on Much’s Intimate and Interactive — I had to stay up until three in the morning just so I could tape it. On the weekends, you had Master T. and Rap City. On Fridays, you had The Countdown. But The Countdown, obviously conflicted with TGIF, so you had to somehow manage that.

There was a game my best friend and I played called: "How Much can you stand?" We’d play it on Sundays when MuchMusic would air weird stuff like The Metal Show, just to see how many videos we could tolerate. There were so many music videos I watched over and over again that I hated, just waiting for the video I wanted to come on. I might’ve hated the song, I definitely hated the video, but I had to watch MuchMusic.

“This is a throw down, a showdown. Hell no, I can’t slow down.” — Maestro Fresh Wes, “Let Your Backbone Slide”

Growing up in London, Ontario, I went to a French school. We watched provocative music videos from Quebec’s MusiquePlus (they had a weekly show called French Kiss) at an entirely inappropriate age. I remember watching the Mitsou video for “Bye Bye Mon Cowboy” at age eight, scandalized because she was only wearing a bra. It was clearly Too Much for Much.

It sounds crazy now, but there were many amazing music videos I only got to see once. If you were lucky enough to see a video for a second time, you’d have to hit “record” or risk losing it forever. Alanis Morissette’s video for “Ironic” was a big one for me. There was also something about Spike Jonze’s videos. They had a character to them that I loved: warm, real, with humour and always a really great idea at the centre. I also remember seeing Sloan’s “Coax Me” video and feeling pretty compelled by that.

I could still watch Canadian hip-hop videos for hours. The old videos by rappers like Maestro and Dream Warriors were just different. On “Drop the Needle,” Maestro wears his tuxedo while directing a symphony. On “Nothing At All,” he steps onto a podium in a Leafs jersey with fists raised as a conscious and proud Black Canadian artist. When you were a kid, you paid attention. Every single detail in a music video was so important and could create your whole world.

These videos might’ve reflected Canadian hip-hop, but it never had one voice or style. You look at a Mood Ruff video, which stars rappers from Winnipeg, and that’s a whole different thing. You watch the video for Rascalz’s “Nothern Touch,” and that’s something else. Our videos showed that our whole scene was left of centre, not conventional in any way.

The day Drake’s music video for "Hotline Bling" came out, Justin Trudeau also got elected. It was a very big day for Canada. People couldn’t stop talking about that video, which was weird because it was so simple. I think Director X made the quintessential Drake video — he's got the turtleneck, he's not taking himself too seriously, but it's very stylish and cool. I loved it.

Nowadays everyone is making their own music videos, but I started making music pre-YouTube. To have the chance through MuchFACT to make a music video — one that was going to be on TV! — felt like I was taking part in history. Here I was, a young rapper from London, Ontario, amongst the video people.

Today is such a different landscape, with YouTube and all these different platforms for showing music videos, but I still see the same explosion of creativity and potential. We’re in a heyday of Canadian music, so there’s lots of creative material to work with. Emily Kai Bock’s videos are beautiful; so are Scott Cudmore’s. I love the stuff Grimes does — she directs her own videos now — and of course, Director X.

A great Canadian music video shows an artist revealing themselves in a way that’s still stylish, artful, and cool. Think back to Feist’s “1, 2, 3, 4” — not only are the artist and the song compelling, the video is so damn charming in the most understated way. I spent hours and hours of my life watching MuchMusic. I think it showed me that great art can come from anywhere, and can be anything. Thanks Much.

The New Narrative of Music Videos