The creative partnership between Jonny Greenwood and director Paul Thomas Anderson dates back to 2007's There Will Be Blood, which used passages of the former's orchestral piece “Popcorn Superhet Receiver” to power up its soundtrack, along with newly commissioned music from the Radiohead guitarist. Since then, the two collaborators have been artistically joined at the hip, with Greenwood scoring both The Master (2012) and Inherent Vice (2014) and Anderson directing Junjun (2015), a documentary following his friend to a recording session in India.

On Friday – two days after revealing the eerie Playmobil-meets-the-Wicker-Man promo for “Burn the Witch” – Radiohead premiered a new music video directed by Anderson: his first foray into the format since his clip last year for Inherent Vice star Joanna Newsom and her spritely folk song “Sapokanikan.” The teaser only foretold news that Radiohead would drop their ninth album, A Moon Shaped Pool, this past Sunday, a haunting, symphonic potent of doom available for download on their website.

Entitled “Daydreaming,” Anderson’s video follows Radiohead frontman Thom Yorke on a surreal walking tour through a series of locations joined together by a motif of opening doors. Although not filmed in a single take, the parallel trajectories between the camera and Yorke, combined with a seamless editing scheme, gives the impression of fluid progress. The resulting effect is a serene, gliding sensation that plays on the song's title.

Radiohead's music videos have always been cryptic, from the nightmarish, who's-chasing-who narrative of “Karma Police” to the lost-in-translation coda of “Just”, in which a pivotal line of dialogue that might explain why the lead protagonist is just lying on the city pavement all day goes unsubtitled. There’s the single-take video for “No Surprises,” in which Yorke sings trapped in the dome of an astronaut helmet that is slowly filling up with water, nearly drowning him.

There's a nod to “Just” at the end of “Daydreaming” where Yorke, who barely lip-synchs in the video (so as to not ruin the Antonioni-slash-Tsai-Ming-liang vibe of his silent peregrinations) repeats something buzzy and unintelligible with an enigmatic grin. The audio has either been reversed or slowed down, as if Yorke had become HAL 9000, an OK Computer at last. But if “Daydreaming” is an exercise in self-citation, it's Anderson's own: the imagery here is auspiciously (or is it suspiciously?) similar to shots in the director's own films. 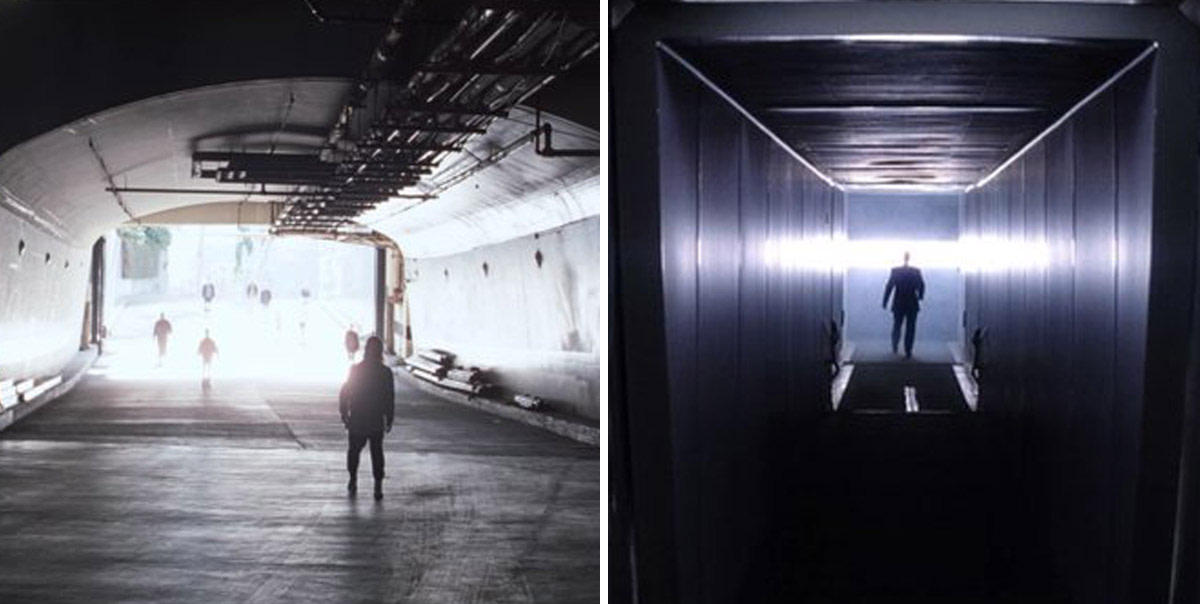 The opening frame, which shows Yorke wandering through a tunnel – heading away from the light followed (or is it pursued?) by other “daydreamers” – borrows from Barry Egan's (Adam Sandler) adventure at the airport in Punch-Drunk Love. Elsewhere, the snaky camera movements through indifferently bustling spaces evoke kinetic, backstage tracking shots in Magnolia as a young Stanley Spector is dragged to a taping of the game show What Do Kids Know?

The PTA production that looms the largest over “Daydreaming,” however, is The Master. When Yorke pushes open a darkened portal and emerges onto the beach, it's as if he's stumbled into the opening scene of Anderson's 2012 masterpiece about an ex-Marine (Joaquin Phoenix) fumbling through post-war California in an alcoholic haze.

Ultimately, the video for “Daydreaming” may be too ephemeral to support heavy-duty analysis. Still, Yorke's typically gnomic lyrics may offer a way in. “Dreamers they never learn/​beyond the point of no return,” he croons, describing a life drifting serenely out of control – the same dilemma facing Joaquin Phoenix's Freddie Quell. In The Master's most memorable set piece, Freddie gets on a motorcycle supplied by cult leader Lancaster Dodd (Philip Seymour Hoffman) and sets out towards the horizon. (This was an extension of an earlier exercise where he was compelled to move from the window to the wall, and a conceit which I will never, ever believe was not a deliberate Lil Jon reference.) Out on the salt flats, Freddie just keeps going – an elegant visualization of a soul getting more lost by the mile. 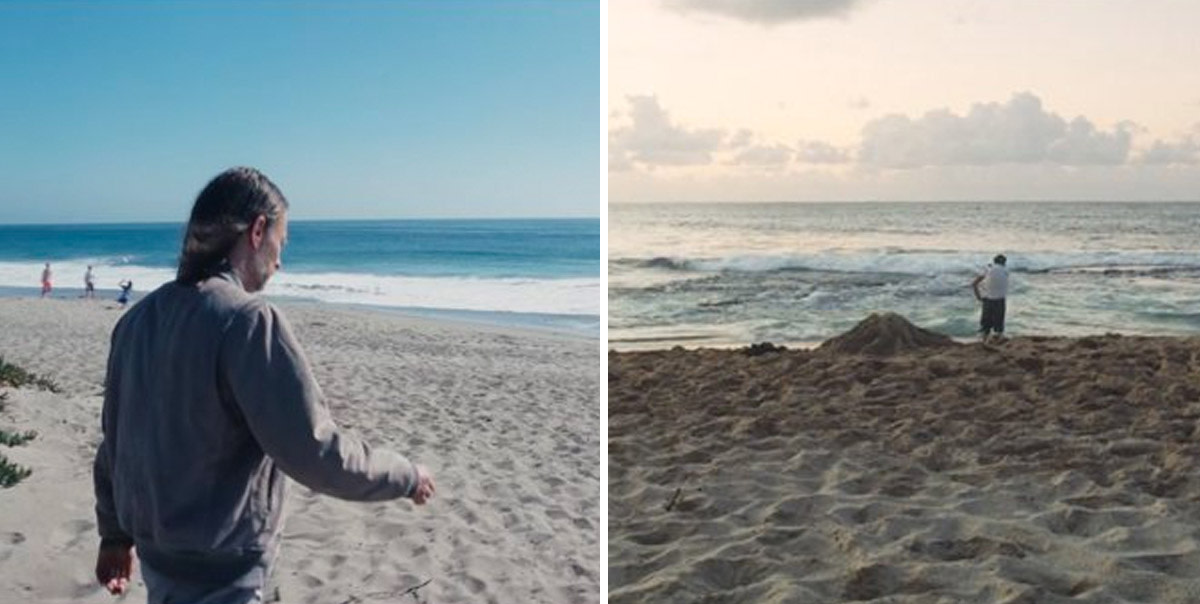 At the end of “Daydreaming,” Yorke arrives at his destination: an underground cave where he cozies up to the fire and settles in for the night. This suggests a return to the elements, a full-on regression and retreat from the modern world. And it grows even creepier, even as it returns Anderson to his visual sweet spot – a screen-filling close-up that turns Yorke's face into a landscape as vivid as any of the backdrops glimpsed earlier. Yorke's wry, weirdly cozy expression here goes into the director's pantheon of unforgettable close-ups. In his work with Radiohead, he’s crafted a six-minute epic that could end up being one of the year's most formally accomplished films. 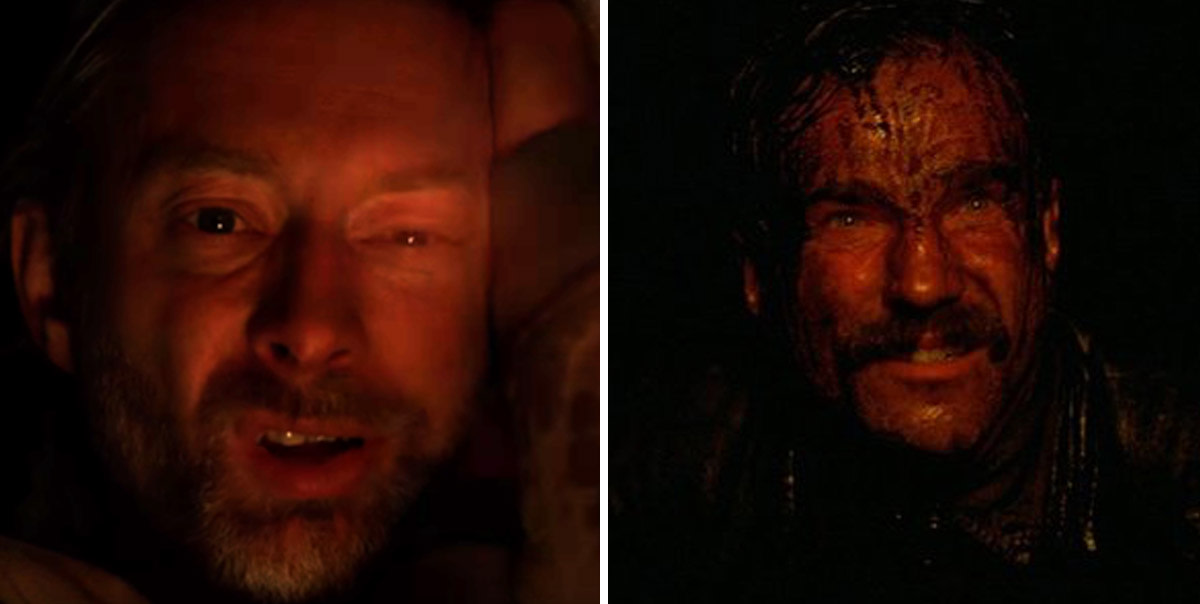