In November of 2015, Piers Handling, Director and CEO of TIFF Bell Lightbox, engaged in a two-hour “In Conversation With” the late Iranian filmmaker Abbas Kiarostami. Here, he reflects on his work, artistic process and what we should take away from the master filmmaker’s contribution, both to cinema and life itself.

PIERS HANDLING: I met him so many times. He came to Toronto a number of times for the festival. He was always incredibly dignified, elegant. He had a real centre as a person. He was like the films.

Those encounters were often short. I spent the most time with him when he was here last November because we had dinner as well. There were moments where we could actually sit and converse, the two of us, as opposed as a festival which is obviously very different. He’s famous for his evasiveness. I felt that a little bit when I was onstage with him. I’m not sure he answered all my questions directly, but he approached them in the way that he wanted to answer them.

There was a guarded part of him. Which is why I think he survived for so long in Iran, with the regime. I’ve seen that with other filmmakers that lived in societies that really try to control their artists. They’re quite guarded in what they say publically. They’ll open up privately in a different kind of way. When (Kiarostami) had that moment in Cannes years ago, it was a moment that he had to control when he got back to Iran. (Note: after winning the Palme d’or for his 1997 film Taste Of Cherry, Kiarostami caused public outrage amongst Iranian conservatives when he returned a kiss on both cheeks when greeted by jury member Catherine Deneuve onstage. The filmmaker’s movies were banned for 10 years and he was even forced to stay away from the country until the controversy calmed down.)

Those filmmakers are very conscious of being in public and very careful of what they say and how it can be misconstrued. So as a result, you don’t say direct things, you talk around things in a poetic way. You learn to deflect. 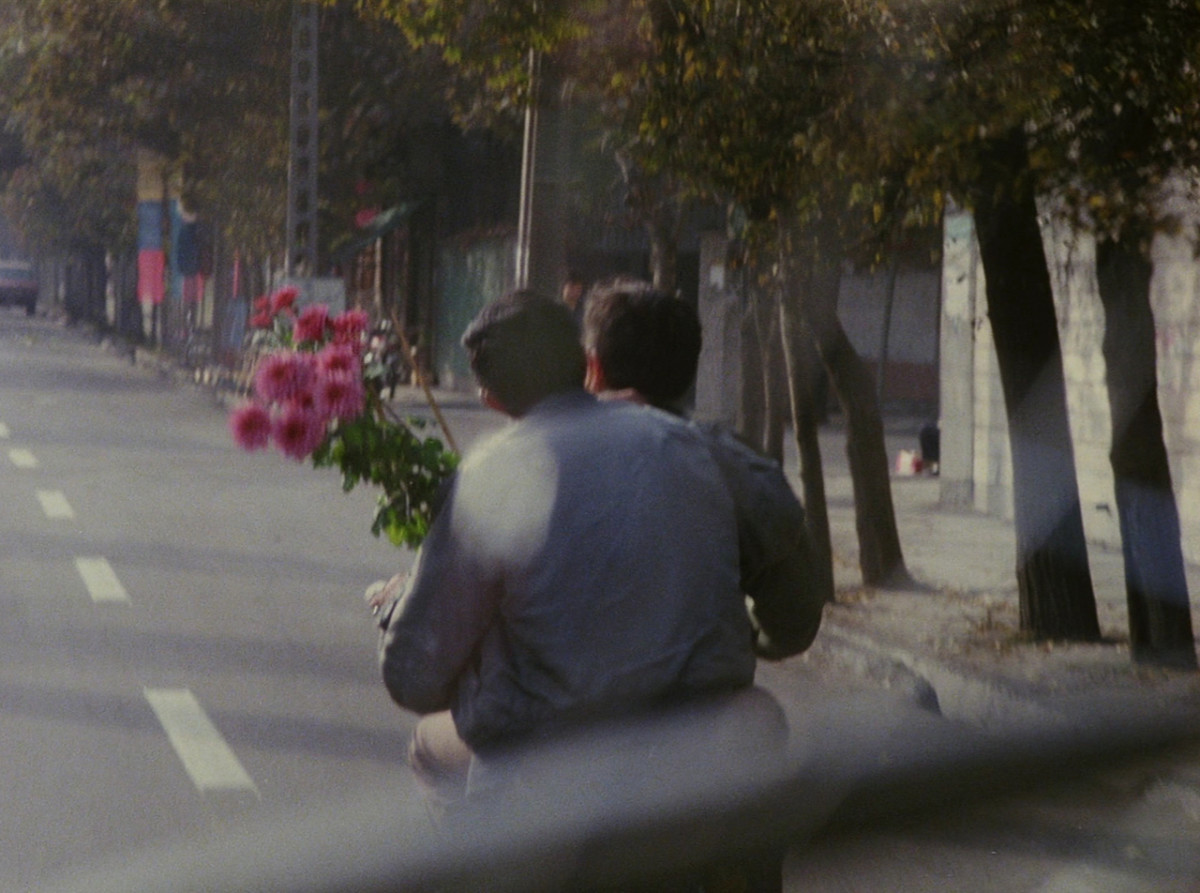 ON THE THEMES IN KIAROSTAMI’S WORK

The domestic is something that’s not visible in his films. I think the last two films (Certified Copy, Like Someone In Love) were domestic in a stronger way. I think for him when the revolution came along, no Iranian was allowed to show a woman without her headscarf on indoors, at home, in the privacy of domestic spaces and of course between a man and a woman. And that was absurd to him. Film would never allow him to capture the reality of what was going on in real Iranian life. This subtlety was not allowed. For him that was a lie, a misrepresentation. So he never shot inside, except in a car where a headscarf still had to be worn. I think he just avoided that subject, it was as simple as that. He wasn’t going to misrepresent it by making a film about marriage or domestic spaces, or falsely dressed people, that just was not in his DNA.

Until he decided to leave the country. Filmically, he always stayed in Iran, he was always committed to that, and he always talked in a very appropriate and a very simple way about why he never left. He feared being uprooted and being transplanted somewhere. The analogy was that plants never successfully survive a transplant, they wither and die. But his last two films were made outside the country, outside of Iran.

Filmmaker Mohsen Makhmalbaf left the country and his work went through this disruption that I think Abbas never wanted to have happened. He really did want to stay in Iran. So, he became the representative figure and the spokesperson for that wave of remarkable films that came out of Iran. More than anyone else.

WHAT DID KIAROSTAMI WANT HIS AUDIENCE TO SEE?

I think he wanted us to watch and listen very carefully. I don’t think he wanted to necessarily intrude too much in that process. So, in his films like Ten, Taste of Cherry, you get long sequences in the car, which are unedited, or just edited back and forth. In many cases, there’s no cutaway shot, there’s not even cutting away to the person who’s listening to the conversation. It’s just one shot on that person. He wanted to give the viewer the freedom to listen and watch in an unmediated way. He’s not intervening to try and manipulate you.

You have to be patient with the work. And for some people, it doesn’t work at all because they’re used to fast cutting. Although there is so much conversation, the heartbeat slows as you watch his work. It’s not like Spielberg, or Lucas, where the heartbeat quickens. He wanted to slow his films down. I’m sure that those were the rhythms that he felt comfortable with as an Iranian. These are the natural rhythms of the countryside and the village. It’s not cut to rock music, or the pace of modern life. His pace was more like poetry.

WHAT WERE HIS MOVIES ABOUT?

He was interested in intense relationships between people; that’s what cinema is about in a funny way. With Where Is the Friend’s Home, it’s a series of encounters, but the intensity of those encounters between the boy and the people that he meets, mostly adults, is the core of that film. The films are an interesting contradiction because they’re very visual. There’s a lot of moments of silence, but of course, they’re also incredibly conversational. In films like Ten, that’s all it is, essentially. 10 scenes with people talking to each other in a car.

Close-Up, Like Someone in Love, these are conversations between people. But they’re not ordinary conversations. The intensity of those conversations is what carries the films. There’s a kind of a claustrophobia that you feel. He was looking for intimate, domestic spaces, and the car allowed him that device. Same with Taste of Cherry where the guy is driving around. It’s a space that traps people.

The car becomes a very important device in his work after a while. It’s a substitute for a living room, or the bedroom, or the dining room. You know, those places that he didn’t feel he could naturally show. He just transposed them into the car. It becomes a different kind of metaphor.

HOW DID HIS ARTISTIC PROCESS REFLECT HIS FILMS?

Shooting movies is a constant trope in his films. It becomes really clear that he was fascinated with the process of making films, what that does to the relationships around the filmmaking process itself. There’s lots of those types of encounters.

I think he was really interested in the blurring of fiction and documentary. He wasn’t really interested in what those terms meant. He was obviously very influenced by Italian neorealism at the beginning of his cinema, and then, as he began to move more into fiction, he just wanted to explore that relationship between fiction and documentary. He obviously worked with some professionals like Juliette Binoche, towards the end of his career, but most of his actors were not professionals. I think that gave him something that was completely natural, completely real, in a way that fiction filmmakers that deal with actors don’t quite get. I think that his interest in digital, and his abandonment of celluloid was a desire to create a closer relationship with the actor in particular.

He just set up situations and the actors just went off. He removes himself. It becomes a very direct kind of cinema with improvisation. Still, his films are in no way vérité... you really feel he has a visual structure, a visual arc, a visual idea, but within the films, there’s so much freedom allowed to people, there’s that constant sense of exploring possibilities.

The films themselves, if you watch them back to back, it’s almost like one constant movie. The films in the middle of his career in particular. Sometimes I get them mixed up, Through the Olive Trees, The Wind Will Carry Us, Taste of Cherry, those films all feel as if they’re one piece. One countryside, one set of issues and he’s just exploring different variations on a theme. 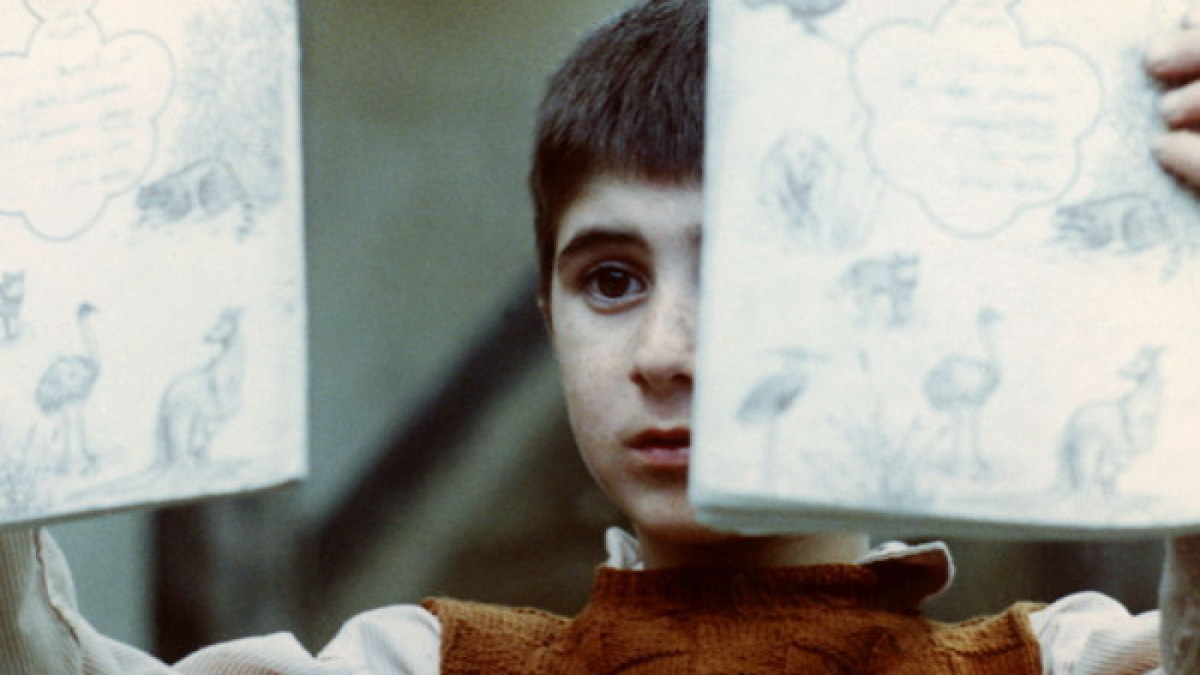 A FILM THAT MADE A DEEP IMPRESSION ON YOU

Where Is the Friend’s Home, that was the breakthrough film in the west, for all of us. I remember it because it was so different, so unique, and the pace. The purity of the film. It was such a simple idea. A boy mistakenly takes a notebook from a friend of his and feels guilty about it. In fact, he’s got the wrong notebook and he wants to locate his friend and give back it to him so he can fill in his homework for the next day, otherwise he’s going to be chewed out by the teacher.

It becomes his voyage to find his friend’s house and he has no idea where it is. There’s people who help, people who don’t help, those encounters along the way. And the concentration on the boy, on his face. The simplicity of his face, the total concentration on a goal, which a lot of children have, but it’s so beautiful. There is a complete alignment with the child’s point of view. Kiarostami found a perfect metaphor for somebody trying to navigate their way through the world. It’s a very complex world and it happens to all of us as we get older. Because that’s what our life will consist of. Some encounters where people are totally indifferent, some encounters with people who are really cruel and some people who are very helpful — it’s a road movie in the simplest of ways. I deeply remember the film.

ON CONDUCTING THE “IN CONVERSATION WITH” WITH KIAROSTAMI IN MARCH 2016

It allowed me to revisit the films and to see some films I had never seen before. Often as a festival programmer, you see films as they’re released. Going back retrospectively, this was just for me, a complete summation. I re-screened all his films, from the first shorts to The Traveller, right up to the last film, Like Someone in Love.

In the case of an Iranian filmmaker, sometimes what’s not included is very interesting. Or what’s alluded to, or suggested in the work. The ICW was fantastic. I’ve known Abbas for many, many years. But it just allowed me to do some serious research and to think about the films in a very substantial way. Being onstage with him was fabulous.

The ironic thing was that because there was an interpreter onstage, his answers were quite long with the translation. I think we got through half of what I wanted to talk to him about. As we were coming off the stage, I said to him: “You know, there were a number of things I wanted to talk to you about that we didn’t really touch on.” And he laughed and said, “I’ll come back and do another one.”

There are so many unanswered questions about so many things that I would have like to have explored…. But the answer is in our questions. He’s done a good job as a filmmaker, planting those seeds for us. I don’t think he would ever have wanted just one reading of his films. I think the films are more complex than that.