From the groan of Nico’s harmonium through the pulse of Ash Ra Tempel’s primeval synths, a playlist tracking the sounds that inspired the filmmaker — and vice versa 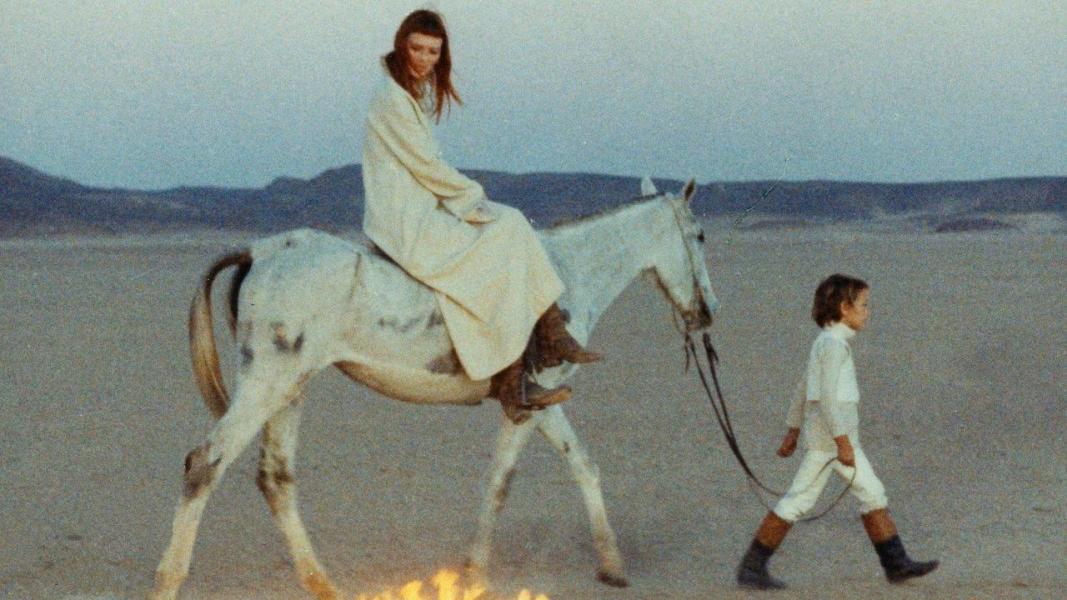 The TIFF Cinematheque retrospective In the Shadow of Love: The Cinema of Philippe Garrel runs from January 25 to February 24.

So profound were Philippe Garrel’s collaborations with Nico throughout the 1970s, the director was moved to make a movie about their relationship a decade after it ended: the semi-autobiographical J’entends plus la guitare. Looking beyond that film’s thinly veiled confession, one need only listen to Garrel’s formative works to discover how his art, and his life, were altered by the German songwriter and erstwhile model/Andy Warhol Superstar/Velvet Undergound chanteuse.

The pair met when Nico — in the wake of her second solo album and first big creative leap, The Marble Index — contributed her song “The Falconer” to Garrel's 1969 film Le Lit de la vierge. The song turned up on Nico's Desertshore record the next year; by then, Nico and Garrel were a couple, and Desertshore would become inextricably tied to their cinematic collaboration La Cicatrice intérieure. The singer’s forlorn, flat-toned vocal and vamping harmonium haunt the film's score, with four of the album’s tracks (“Janitor of Lunacy,” “My Only Child,” “Abschied,” “All That is My Own”) running through it, chorus-like. A still from La Cicatrice, depicting Nico sidesaddle on a horse being led by her eight-year-old son, Ari, provides Desertshore’s cover art.

Given that the songs all either predated or coincided with the film shoot, La Cicatrice comes off like a case of a filmmaker reacting to musical compositions rather than a composer responding to a film. The combined effect has a beautiful but viscerally tragic air, and it’s no pantomime: Nico and Garrel's reality was volatile and miserable from the get-go, with the director spiralling alongside her into heroin addiction and poverty that would dog them until they finally split at the end of the ’70s. Yet even then, as Garrel began to receive more mainstream acclaim and Nico was coronated by the post-punks, the two remained enmeshed as artists: prior to J’entends plus la guitare, Garrel had already used their relationship as the inspiration for his L’Enfant secret in 1979; Nico, meanwhile, would re-record the Cicatrice piece “König” for her 1985 swan song, Camera Obscura.

Nico was a consistent presence in Garrel’s ’70s output, starring in four more films (including 1975’s opium-laced Le Berceau de cristal, alongside fellow rock-scene casualty Anita Pallenberg). Her musical influence on him lingered as well: for Le Berceau, the director tapped Krautrock group and kindred spirits Ash Ra Tempel to create a hypnotic electro-psych score, while his association with John Cale (Nico’s dedicated producer/arranger and onetime Velvets bandmate) extends from 1970 into the 21st century. Not only is Cale’s viola and piano all over La Cicatrice, he also wrote exquisite scores for The Birth of Love (1993), La Vent de la nuit (1999), and A Burning Hot Summer (2011).

These types of reflective, gentle acoustic pieces are an undercurrent in Garrel’s latter-day films. Music for Sauvage innocence and Les Amants réguliers was provided by Jean-Claude Vannier (revered both for his sample-ready arrangements on Serge Gainsbourg’s Histoire de Melody Nelson and his own pioneering works like 1972’s L’Enfant assassin des mouches); French rock star Jean-Louis Aubert composed soundtracks for Jealousy and In the Shadow of Women. Maybe it’s all the minor keys, but what’s curious about these scores is how their delicate musical approach can be, in a much different way, as portentous as the droning, overtly doom-laden music in Garrel's films of 40 years earlier.

Garrel has occasionally reached back to the ’60s, too, mining the catalogues of Them and The Kinks for memorable set pieces in Sauvage innoncence and Les Amants réguliers, respectively.

Yet a revivalist Garrel is not. Apart from transmuting what could be construed as wistful nostalgia for his teenage mod heyday into timeless dance scenes, for Sauvage innocence he also seized on the relatively recent releases “Death Camp,” from Dance Music, Cale’s 1998 score for Ed Wubbe’s ballet about Nico’s life, and this dreamy track by Spanish post-rock outfit Migala.

And, as if coming full circle from the music-first influence of the early Nico collaborations, one of Garrel’s earliest films, 1968’s experimental Le Révélateur, ultimately got its own shimmering, unofficial soundtrack just last year in the form of the aptly-titled Music Inspired by Philippe Garrel’s Le Révélateur, by Philadelphia-based harpist Mary Lattimore and producer Jeff Zeigler (The War on Drugs, Kurt Vile).

That Garrel approved the new score, and the use of stills and images for the album and its promotion, just reinforces his symbiotic concept of music on screen — the very same aesthetic that forever links him to Nico’s most important solo work.

Lover for a Day