On to Zanzibar: Philippe Garrel and the “Dandies of May ’68”

Excavating the strange history of the radical French film collective

Film scholar Sally Shafto discusses Philippe Garrel and the Zanzibar Group prior to our screenings of Le Lit de la vierge and Les Amants réguliers as part of the TIFF Cinematheque retrospective In the Shadow of Love: The Cinema of Philippe Garrel.

Upon the release of Philippe Garrel’s multi-award-winning May ’68 ode Les Amants réguliers, certain European critics charged the filmmaker — who was an active participant in the uprisings and filmed them alongside Godard and Chabrol (the footage, sadly, mostly lost) — with artistic irresponsibility in his depiction of the protracted disillusionment that followed this period of working-class rebellion and intellectual utopianism. They argued that the effects of May ’68 had unquestionably changed the world and that Garrel’s portrayal of bourgeois malaise and privilege did an injustice to the mobilizing events, which ricocheted from the US to Japan to Germany; that he was, in fact, negligent. But for many others, Garrel’s three-hour passion play was an elegant rejoinder to Bertolucci’s film-quoting frivolity The Dreamers (whose use of Bresson’s Mouchette borders on blasphemy). Though both are steeped in May ’68 nostalgia and cinephilic romanticism, Garrel’s film seems the more poignant and “real” despite its stylized formalism, which transforms the barricades into a Brechtian wall. 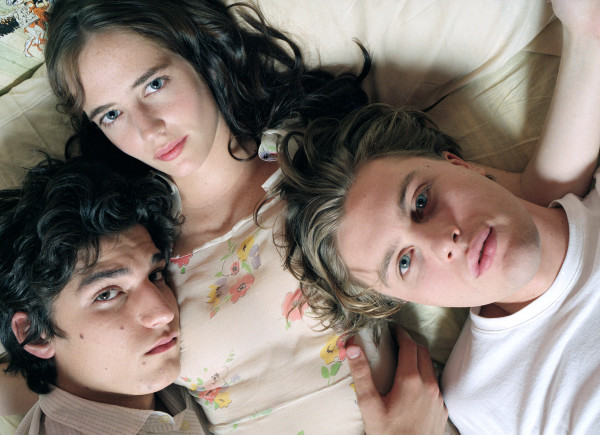 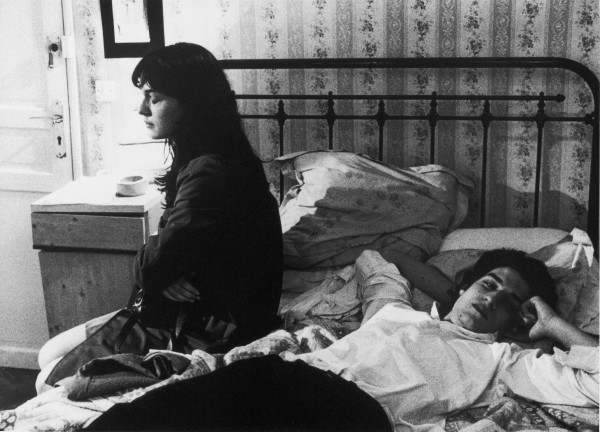 While both films are ostensibly coming-of-age stories, Les Amants réguliers deals not only with the heartbreak of a first love, but also with the paralyzing loss of meaning which inevitably follows the unfulfilled promises of the revolution. Garrel knew those feelings well: he was very much at the heart of the events of May ’68, and used his camera to “provoke” (filmmaking’s intrinsic purpose, according to Jean Rouch). The precocious and compelling Garrel quickly became, at 20 years old and with only a few films to his name, the unofficial leader of a band of young, beautiful, and chic artists whose bohemian lifestyles were drawn to a mythic promised land: Zanzibar, the symbol of purity and truth. 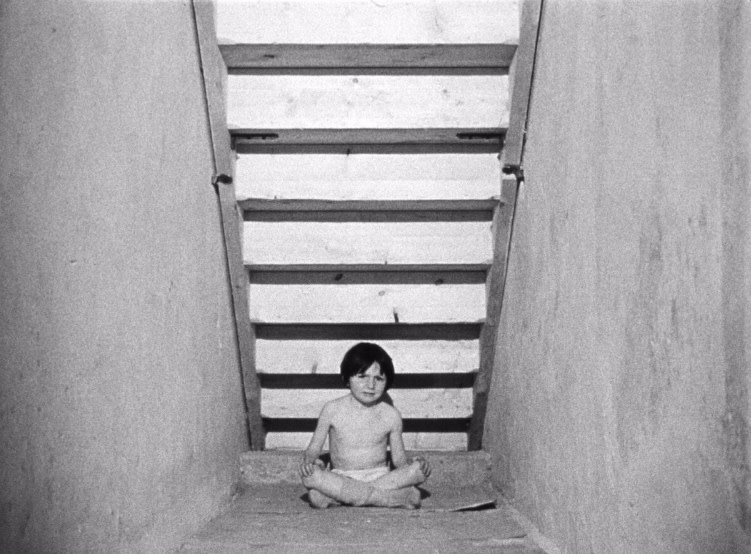 The Zanzibar films and the bande à part that made them form a little-known chapter in the history of French cinema, one which American scholar Sally Shafto excavated in her 2007 book The Zanzibar Films and the Dandies of May 1968. Clustering around Garrel and an enigmatic French heiress named Sylvina Boissonnas, the Zanzibar clan — which included visual artists (Daniel Pommereulle, Frédéric Pardo, Olivier Mousset), art critics (Alain Jouffroy) and fashion models (Zouzou, Caroline de Bendern, Nico, Laurent Condominas) — created an audacious body of work, mostly shot on 35mm, thanks to the generosity, deep pockets, and hippie values of Boissonnas.

Propelled by the high spirits of youth and a free flow of drugs (the influence of LSD is flagrantly discernible in some of the films), the Zanzibar dandies evoke strong parallels to the American underground, most notably Warhol’s Factory. With “production” meetings held at La Coupole in Montparnasse, Boissonnas funded a dozen soixante-huitards films, and even made one herself (called Film and shot in Scope no less; it remains lost to this day). She also convinced Jackie Raynal, then known as France’s youngest professional editor (she had worked on films with Eric Rohmer and Jean Eustache), to make the transition to filmmaker, resulting in one of the movement’s most important films, Deux fois (whose preface concludes with femme fatale Raynal declaring “This evening will be the ending of meaning”). 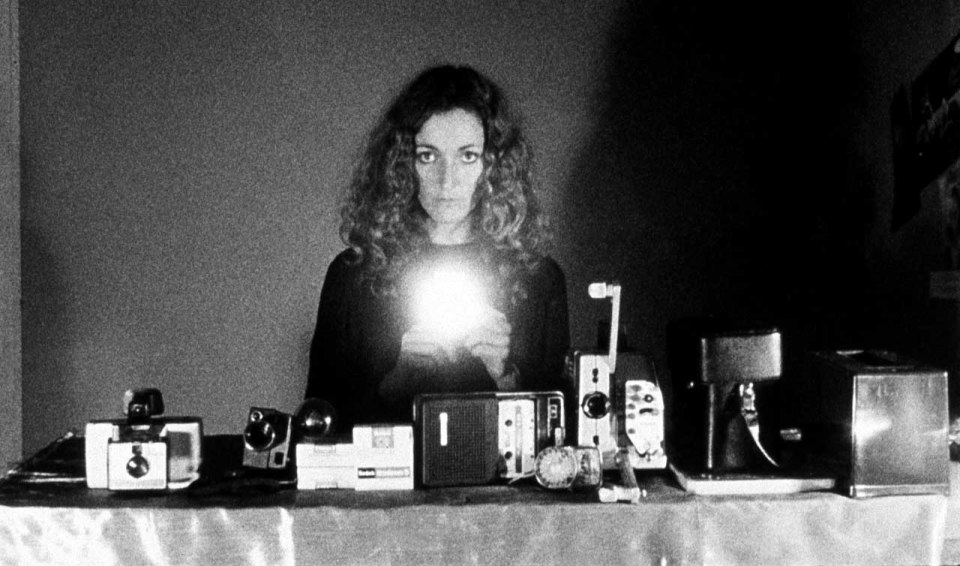 The desire to begin anew, to strip filmmaking from its cinéma du papa and the influence of classical Hollywood that so informed the nouvelle vague, is what drew these “dandies” together, all of them fuelled by the tumultuous spirit of May ’68. Aside from Raynal, most of the members of the group were non-professionals, though Pommereulle and Pierre Clémenti had rising acting careers (Pommereulle had appeared in Rohmer’s La Collectionneuse and Godard’s Weekend, while Clémenti had played notable roles in Visconti’s The Leopard, Buñuel’s Belle de Jour, Bertolucci’s Partner, and Pasolini’s Porcile). 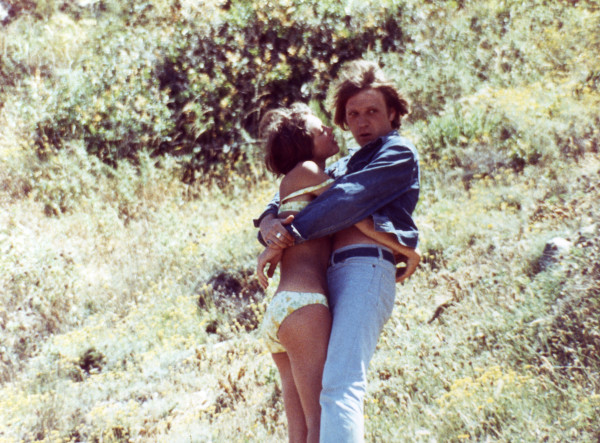 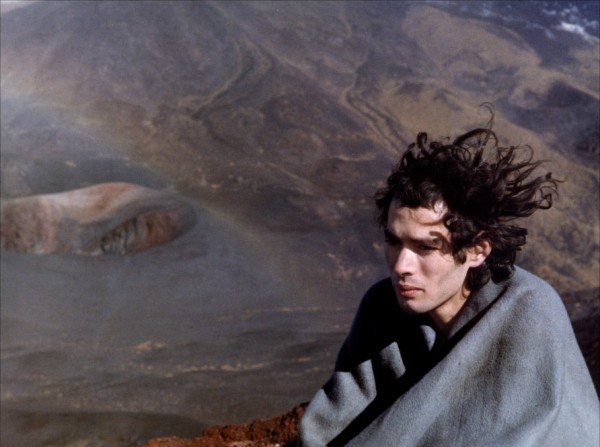 The Zanzibar productions were considered renegade; they were not sanctioned by the Centre National de la Cinematographie, which monitors and regulates the French filmmaking industry. To a certain extent, they are all experimental films in their austere minimalism, episodic nature and rejection of causality, their long sequences and skeletal scripts, their penchant for 360-degree pans, their frequent instances of direct address to the audience and their aestheticized use of black and white, which aspired to a “non-look.” Most go so far as to omit credits, as they “bored the public and tarnished the images,” according to Garrel’s early cinematographer Michel Fournier.

The films were made very briskly, in a matter of weeks or even days, but all had the luxury of a medium-size budget, which was and remains virtually unheard of for any kind of experimental filmmaking. Nevertheless, aside from late-night screenings at the Cinematheque française (whose legendary director Henri Langlois was an avid fan of Garrel’s La Cicatrice intérieure, proclaiming it “a total masterpiece”) and Cannes’ Quinzaine des Realisateurs, the films were rarely shown — though as Pommereulle’s character exclaims in Rohmer’s La Collectionneuse, “it is more important to create than to exhibit.”

“With the hindsight of more than 30 years, we can summarize the aspirations of these filmmakers: to suppress the image, to return to zero, to reject the traditional idea of the ‘author,’ to awaken consciousness, and the recognize the creativity of the individual,” writes Shafto. Thus, today, the strength of these films lies both in their clarion-call artifice and in their status as testifying artifacts.

This essay was originally written for the TIFF Cinematheque retrospective of the Zanzibar Group films in Fall 2007.