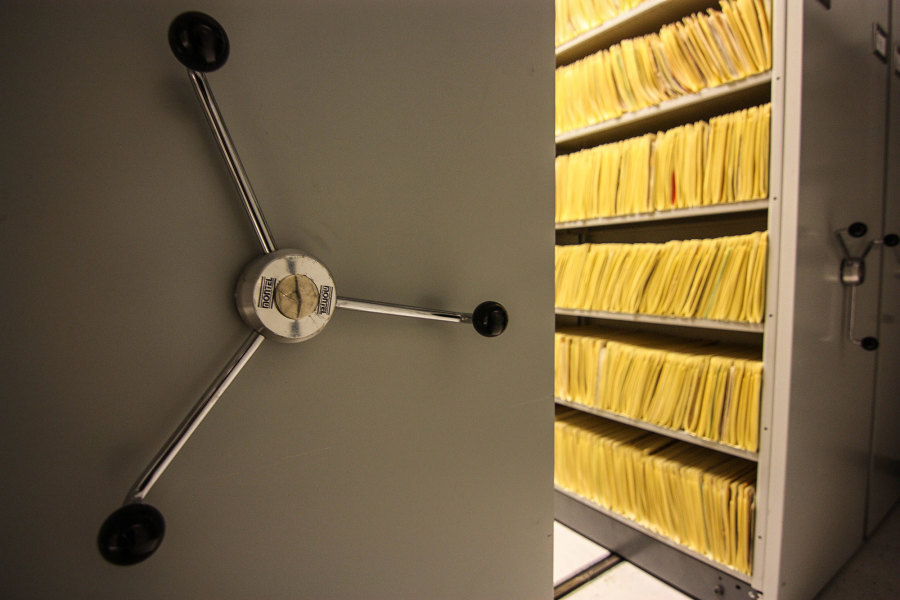 There’s a place that only exists in the wildest corners of a film lover’s imagination. It’s a free, accessible building open to the public. And it contains a selection of film objects, a large collection of film-related books and a screening center for over 13,000 movie and television titles. It’s open every day, except on Sundays and Mondays. As the world's largest library of English-language Canadian film and film-related materials, it’s as real and architecturally embedded into our streets as the AGO and the ROM. Located on the fourth floor of TIFF Bell Lightbox, the TIFF Film Reference Library will take part in this year's Doors Open Toronto.

This weekend, the TIFF Film Reference Library opens up its archives to the public with a focus on Canadian film heritage, showing materials from Toronto New Wave filmmakers like Bruce McDonald, Don McKellar, Patricia Rozema and David Cronenberg. These are from the reference and special collections and include research files, books, press kits as well as unique archival materials. To give you a taste, here are 10 items from the library's treasure trove, ranging from musical instruments to special edition laserdiscs. If you're interested in finding out more, you can always visit the Library and find out what mindblowing objects are at your disposal. 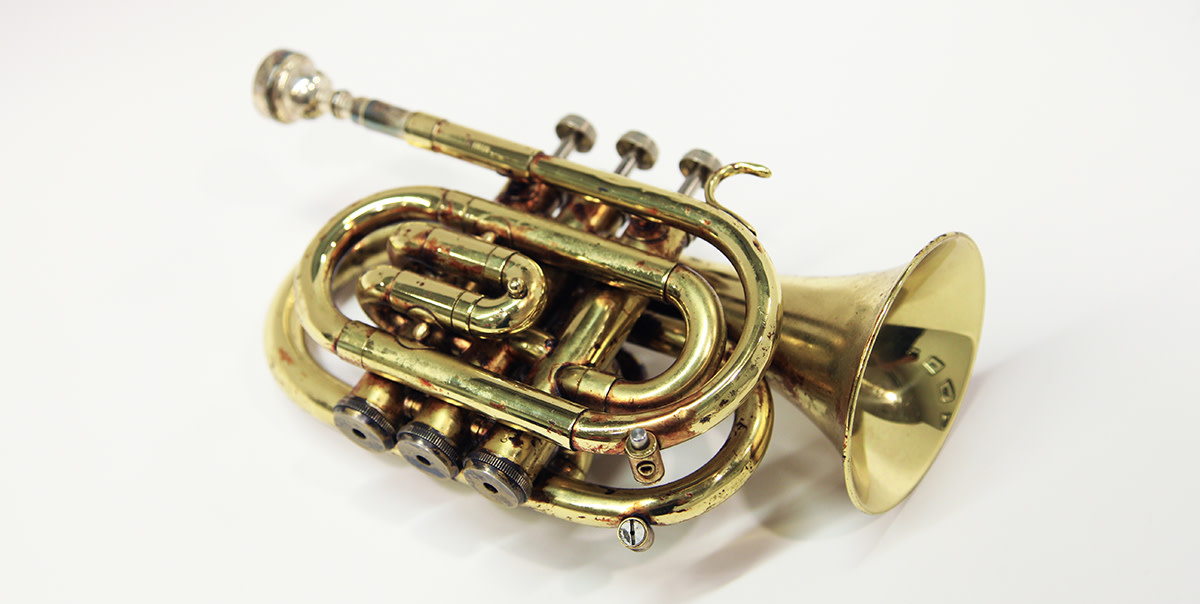 This trumpet, played by Don McKellar as "Pokey Jones" in Bruce McDonald's 1991 film Highway 61, is part of the exclusive Bruce McDonald collection. It's just one of 80 special collections available at the Library, in consultation with the Manager of Special Collections, for any curious film lover to access. Filmmakers and acclaimed industry players donate these and they can include script drafts, research notes, props, storyboards and memorabilia. 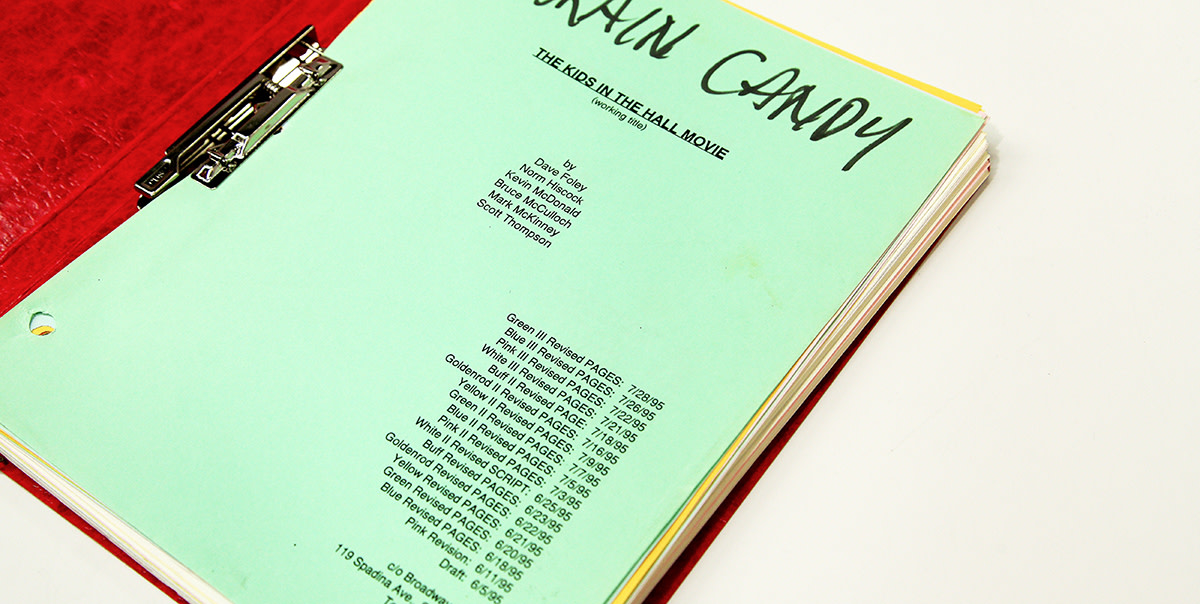 2. REFERENCE COLLECTION SCRIPT: THE REVISED SHOOTING SCRIPT FOR 1996'S BRAIN CANDY BY THE KIDS IN THE HALL

There are plenty of places online where you can find movie scripts and transcripts. But how many of those digital editions include the revisions, original shooting script and pages stained with the filmmaker’s coffee? The Library’s copy of the Kids in The Hall script for 1996 comedy vehicle Brain Candy includes the coloured pages where scenes were rewritten or changed (goldenrod!) and a title page specifying the scenes that were added or deleted. The Library's reference collection contains over 2,000 scripts, many of which are searchable online. 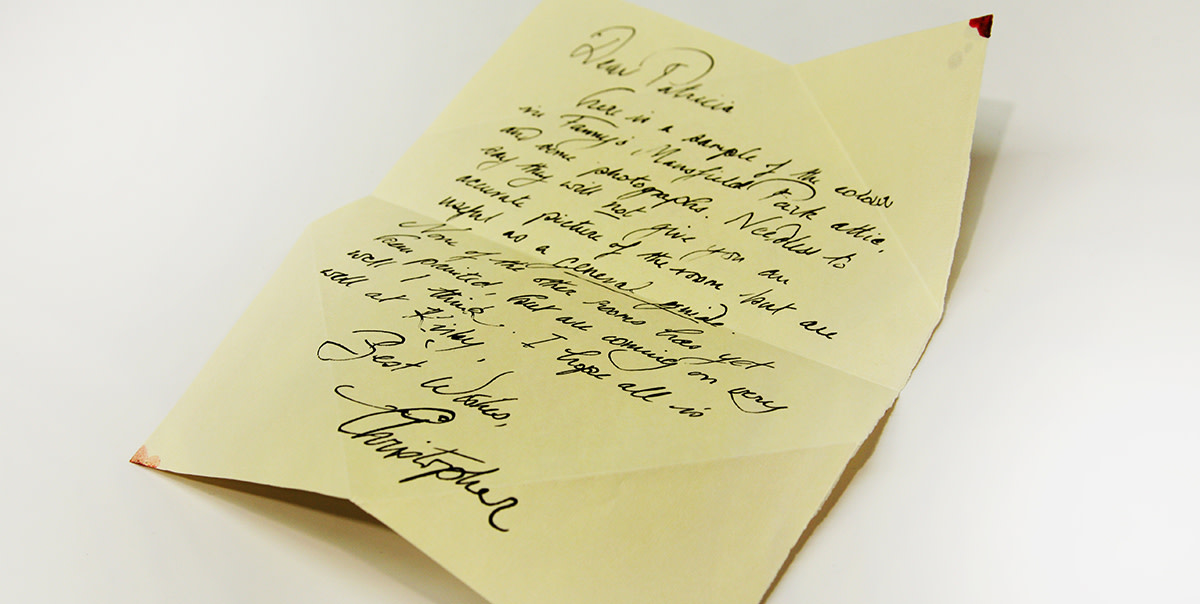 Caption: detail of a handwritten note from production designer to Rozema, sealed with wax.

The file for Patricia Rozema’s 1999 adaptation of Jane Austen's Mansfield Park is part of the Patricia Rozema collection, donated to our archives by the director. Not only can see you Rozema's research materials on the era's Victorian politics and fashion, the folder also includes contracts, handwritten correspondence between the crewmembers and even a letter sent from Miramax's Harvey Weinstein to Patricia during production. 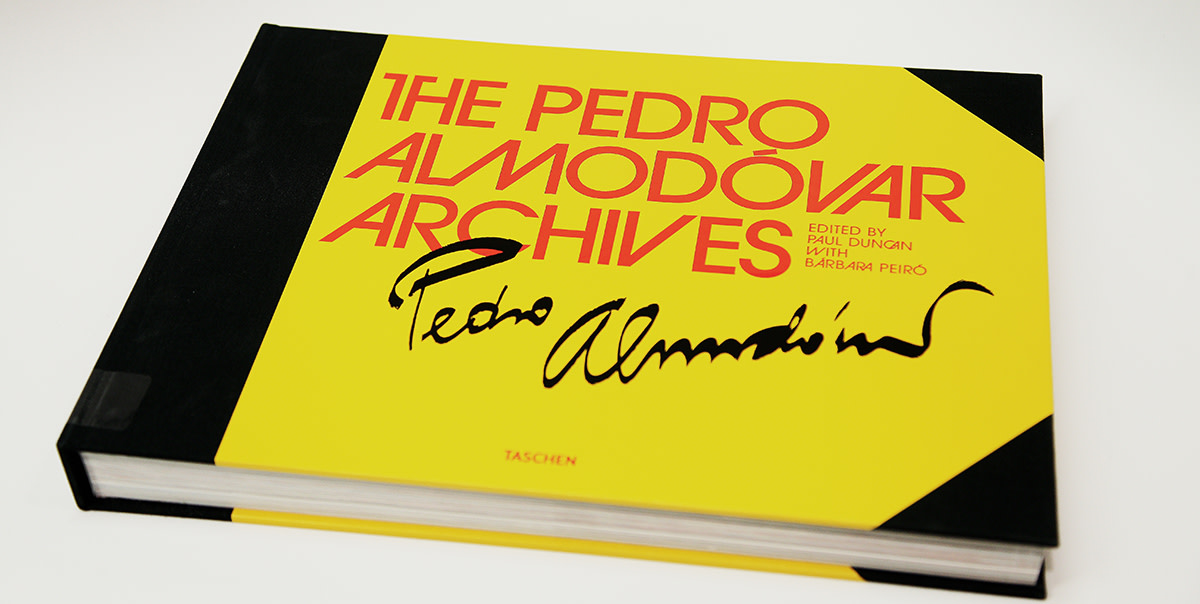 Taschen has an outstanding collection of limited edition books dedicated to specific film directors. This copy from the Pedro Almodóvar archives includes 600 previously unpublished photos, on set diaries, essays by a variety of Spanish film writers (including Almodóvar himself) and an original 35mm strip from his movie Volver. It’s large, colourful and of course, full of gorgeous images of La Musa, Penelope Cruz. The Library has a total of four of these monolithic Taschen books (Kubrick, Chaplin, Bergman and Almodovar.) 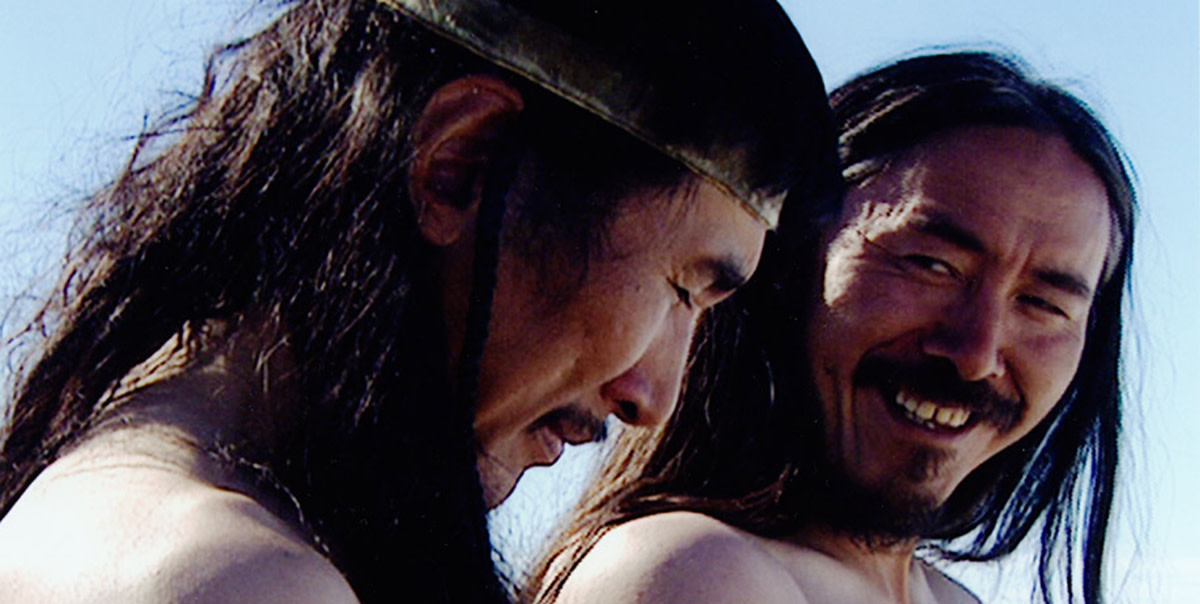 Scripted in the Inuktitut language and made almost entirely by Inuit filmmakers and actors, Atanarjuat: The Fast Runner is a fascinating and lyrical part of our Canadian film heritage. The book is equally beautiful. It presents the screenplay in both English and Inuktitut and includes interviews with the filmmakers, as well as historical and cultural context for the movie. You can visit the library and access over 20,000 books, including monographs such as this, or books on film theory, film and video production, or your favourite filmmaker. 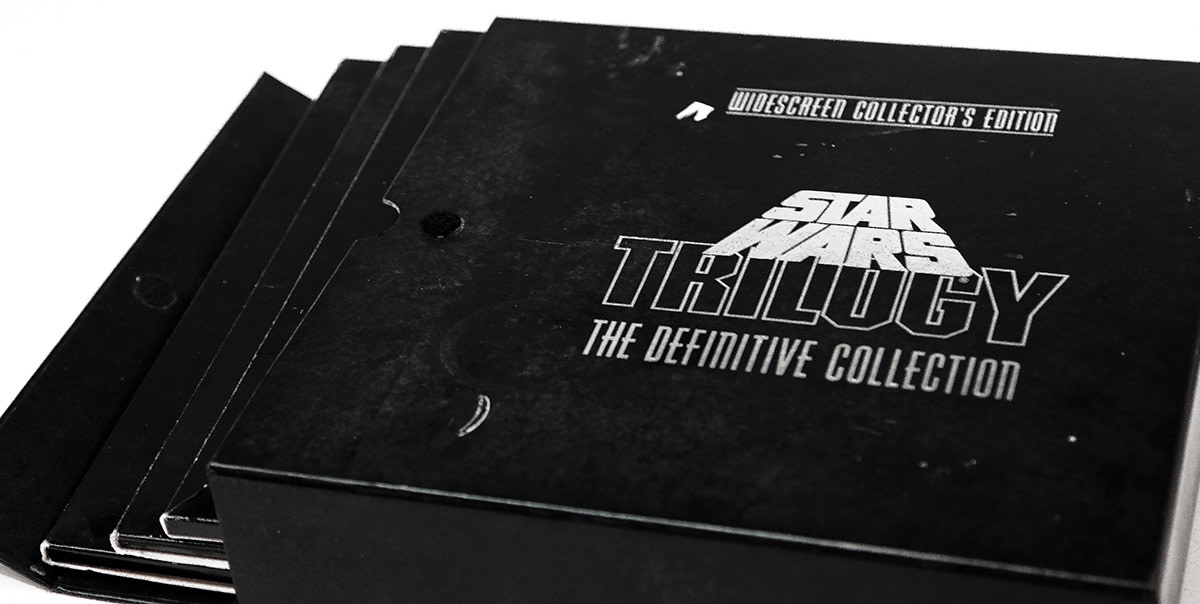 If you've never seen a film in laserdisc format, you can consult with the Library staff to choose from many options in their extensive catalogue. This extremely rare edition of the Star Wars trilogy includes restored and remastered audio tracks by Skywalker Sound. You can also look forward to George Lucas’ commentary and a ton of footage exclusive to this laserdisc version. 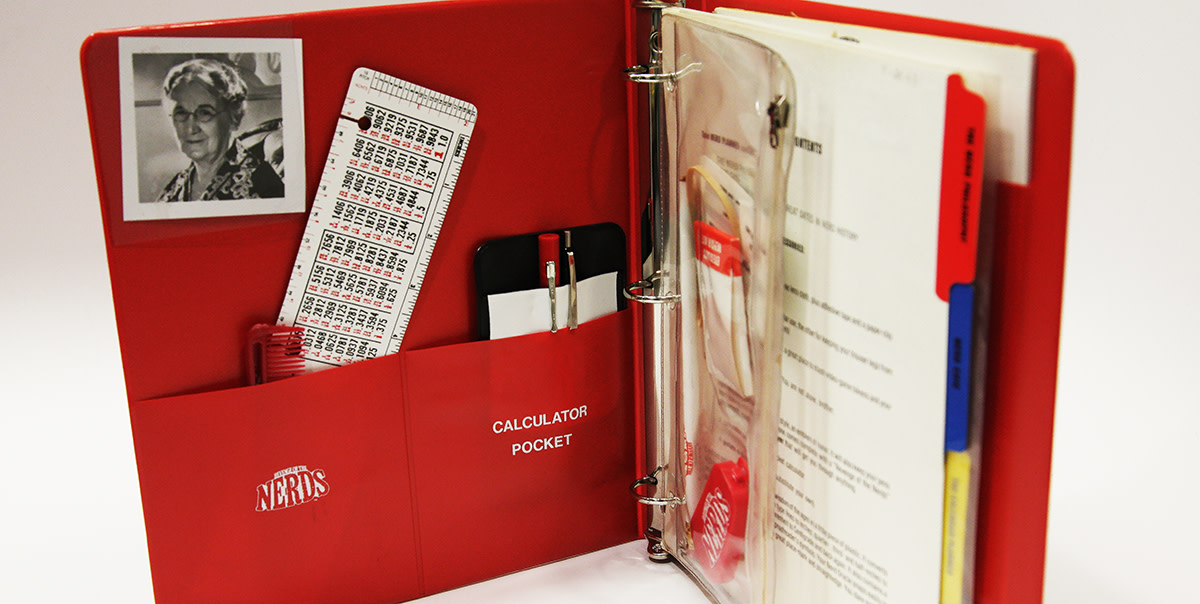 A film file is a unique collection of materials related to one particular movie. Some of the documents included in the TIFF Toronto Film Reference Library collections include press clippings, press kits, promotional materials sent to film festivals, photographs taken during production and glossy stills.

Take for instance the Revenge of the Nerds press kit. This iconic fratboy comedy will always be a reminder of what a wild decade the '80s was. The themed press kit is a trip to the past before the digital EPK kicked in. This plastic binder includes school supplies, a calendar with important “nerd dates” and a survey of historically significant nerds. That's a “picture of mom” on the inside cover. This press kit is an example of an item you might find in a film research file. 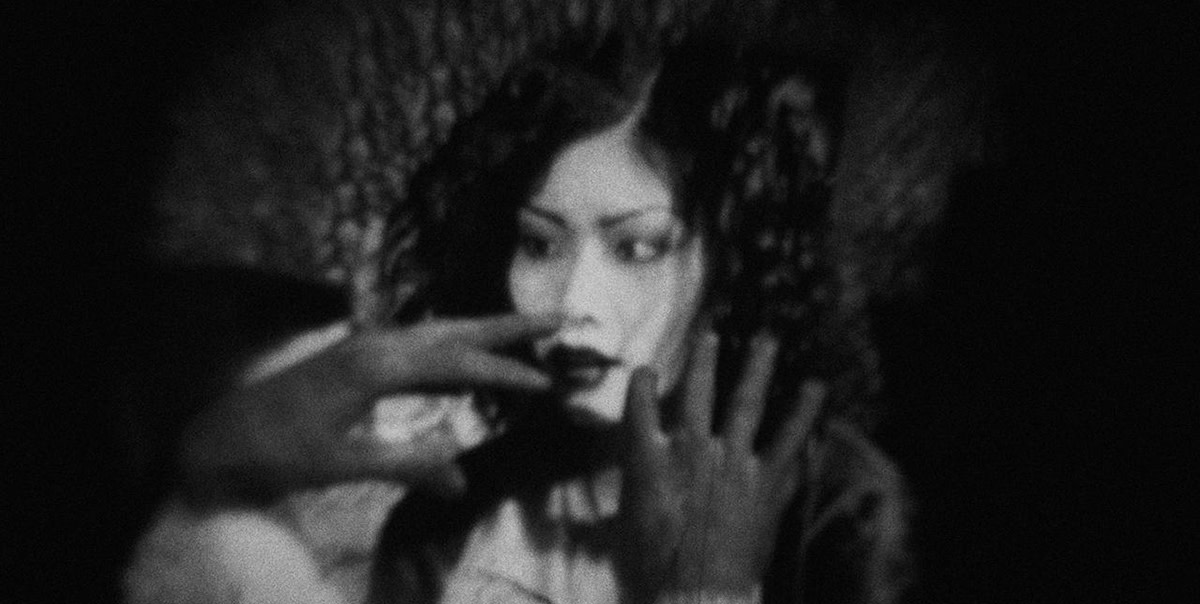 This piece of Canadian film memorabilia is part of the Library's Guy Maddin collection. It's a full deck of tarot cards with a twist: there's hockey players. Like any special collection at the library, anyone from the public can get acquainted with this unique item. The only requirement is that you put a request ahead of time — you can do this via “Ask and Expert” through tiff.net/​collection. 25 of the 80 special collections are available on the online catalogue for browsing. 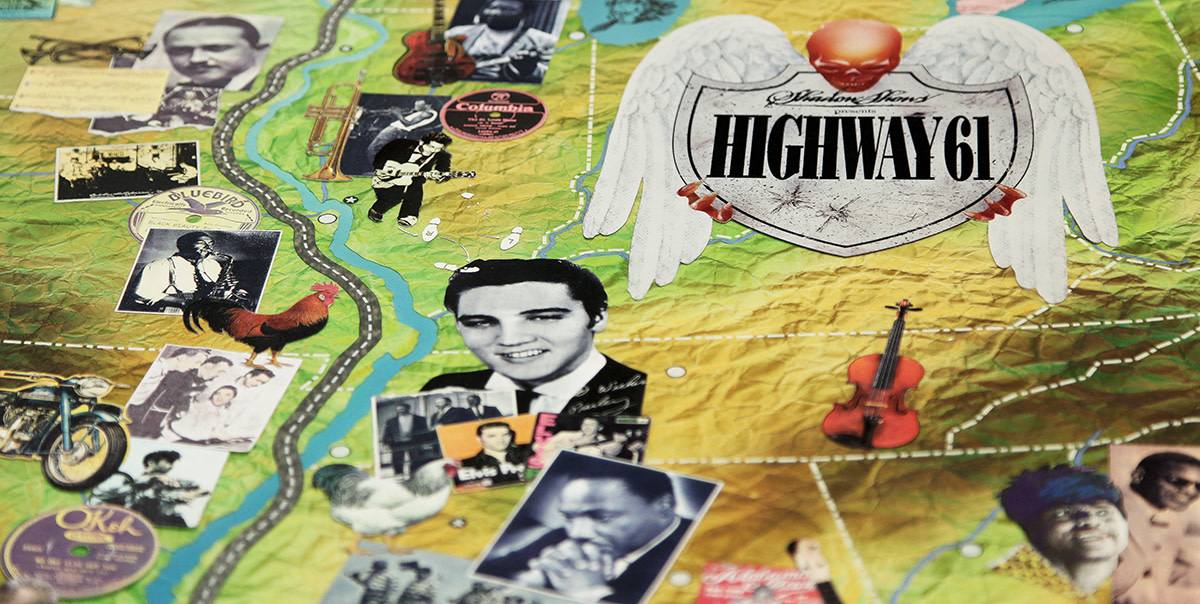 This is another outstanding piece from the Bruce McDonald collection. It’s a 28 by 44 inches collage poster and a roadmap of what appears to be the Mississippi River Delta, with pictures of musicians and performers who were born along its shores. It's all in service of McDonald's film Highway 61 where the spirit of rock 'n' roll lives. 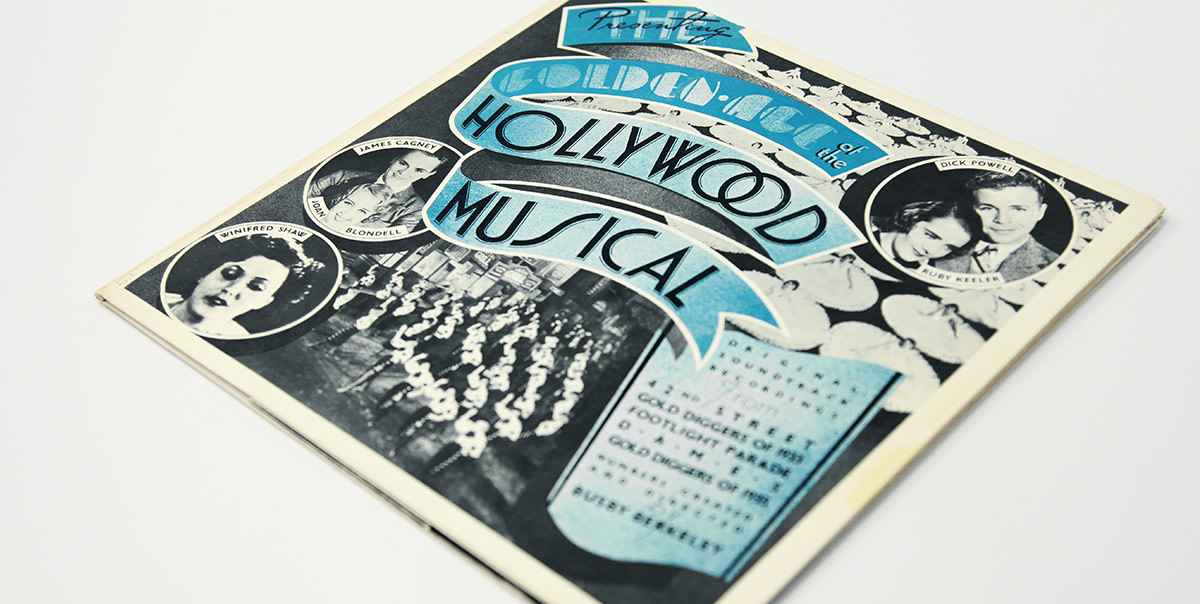 LP: THE GOLDEN AGE OF THE HOLLYWOOD MUSICAL

The library holds an impressive vinyl collection of 6,000 LPs. The Golden Age of the Hollywood Musical, released in 1972, comes with a pop-up image of the classic "By A Waterfall" formation in the 1933 musical Footlight Parade. Take a listen to tracks like "I Only Have Eyes For You," "My Forgotten Man" and "42nd Street" at the library's customized viewing station.

The Film Reference Library is dedicated to collecting, preserving and providing access to film and film-related materials (such as books and research files). It’s a place full of unique objects and files that you won’t find anywhere else. The library is also a hub of information — if they don’t have that rare film you’ve been trying to get your hands on for a year, they will connect you to another library that has it. And as a tip for those who might've missed a special screening or two at TIFF 2015, many of the year's programing is available for free viewing at the TIFF Toronto Film Reference Library.

This weekend, you can also walk through the In Love with The Stars exhibition in the CIBC Canadian Film Gallery, curated by Library Director Sylvia Frank. The Exhibition showcases three archival collections, including the TIFF Photography Archive, which looks back at 40 years of the Festival, the Jack Pashkovsky Collection and the Edith Nadajewski Collection. Some of the most interesting visuals in this exhibition are the Edith Nadajewski scrapbooks, a collection of fan art put together in such a beautiful way that the Library included it in its archives.