The restraint was particularly impressive considering the circumstances: the crowd had assembled here, outside the new Metrograph cinema, New York's most exciting new movie house in a decade or more, specifically because of Lee. On the other side of the doors, people were lining up to buy tickets for the first installment of the cinema's "Dream Double Feature" series. Lee, inspired by the ongoing presidential election, would be introducing 35mm prints of Elia Kazan's A Face in the Crowd and and Wilder's Ace in the Hole, a pair of political satires from the 1950s.

Left of the ticket booth, people continued their conversations (and flipped through programs that included an essay by esteemed critic Phillip Lopate) in the theatre lounge. Others examined gourmet snacks in a candy store that could have been designed by Apple. Upstairs, standing outside a film bookstore stocked with old issues of Cahiers Du Cinema, I scoured the premises for a place where I might be able to squat unnoticed after the show, establishing permanent residency in this over-the-top movie theatre worthy of the movies themselves.

Unfortunately, nowhere is available: the place is teeming with people, everyone from Michael Cera to some New York repertory regulars I last saw at Museum of Modern Art's recent Jerry Lewis retrospective. The ushers, meanwhile, are all dressed up, wearing skinny ties. Their attire makes you feel as though you're checking into a real-life Grand Budapest Hotel. 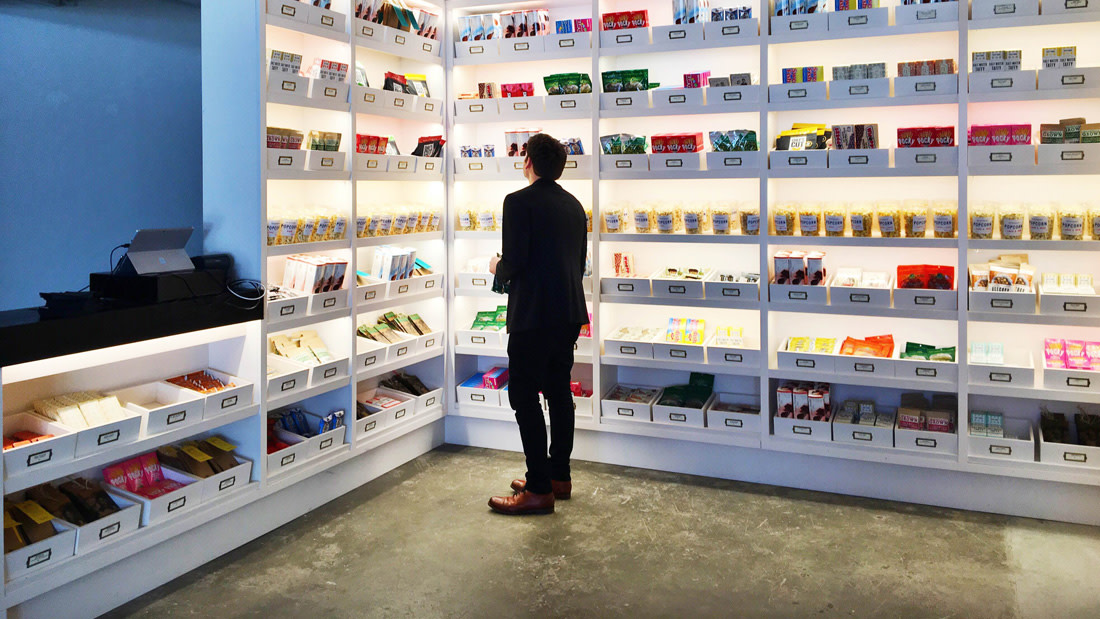 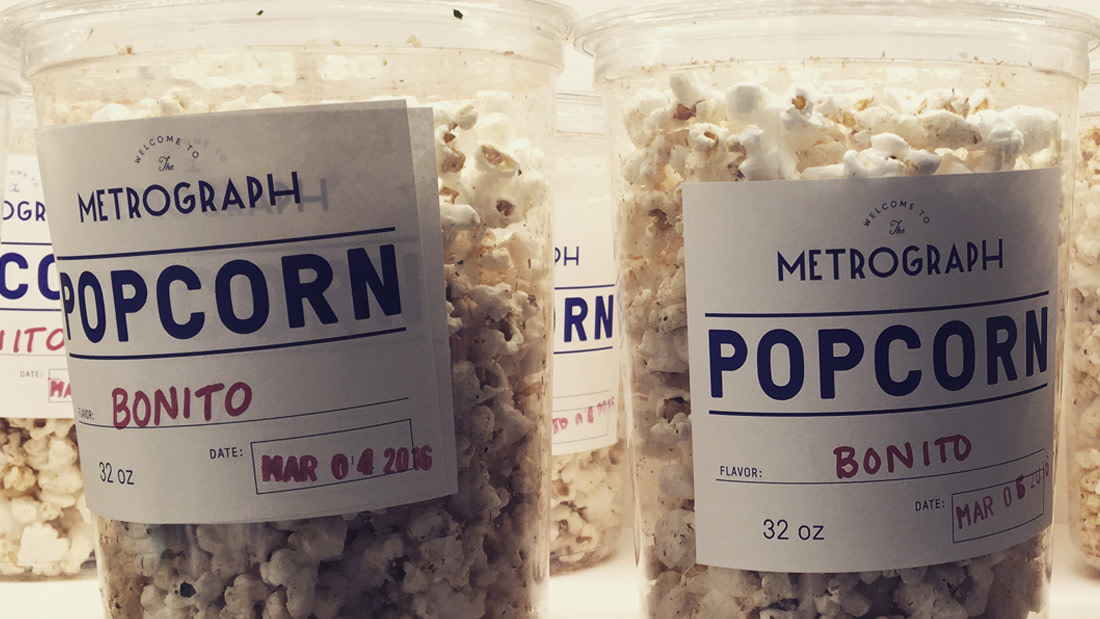 If Metrograph sounds more like a fancy boutique than the suburban multiplex where you first saw Antz, that's the point. Founder Alexander Olch, a 39-year-old director and necktie designer with Blonde on Blonde hair, argues that for movie theatres to survive in the age of Netflix, they need to emphasize their own theatricality, providing a holistic cinema experience that you can't recreate while balancing your laptop on a pillow on your knees.

Over in Toronto, TIFF Bell Lightbox similarly pairs filmmakers with their inspirations. A recent screening of the 1951 film Westward The Women was selected by director Alexander Payne. Last fall, for the theatre's Beyond Badass: Female Action Heroes programme, a 35mm screening of Jackie Brown was introduced by none other than its star, Pam Grier.

Olch points to Seamless and GrubHub: rather than destroy the restaurant business, these gourmet delivery sites increased a restaurant’s visibility and made consumers more likely to dine out. You can watch a movie on Netflix anytime, but what you can’t do is have a curated cinema-going experience. 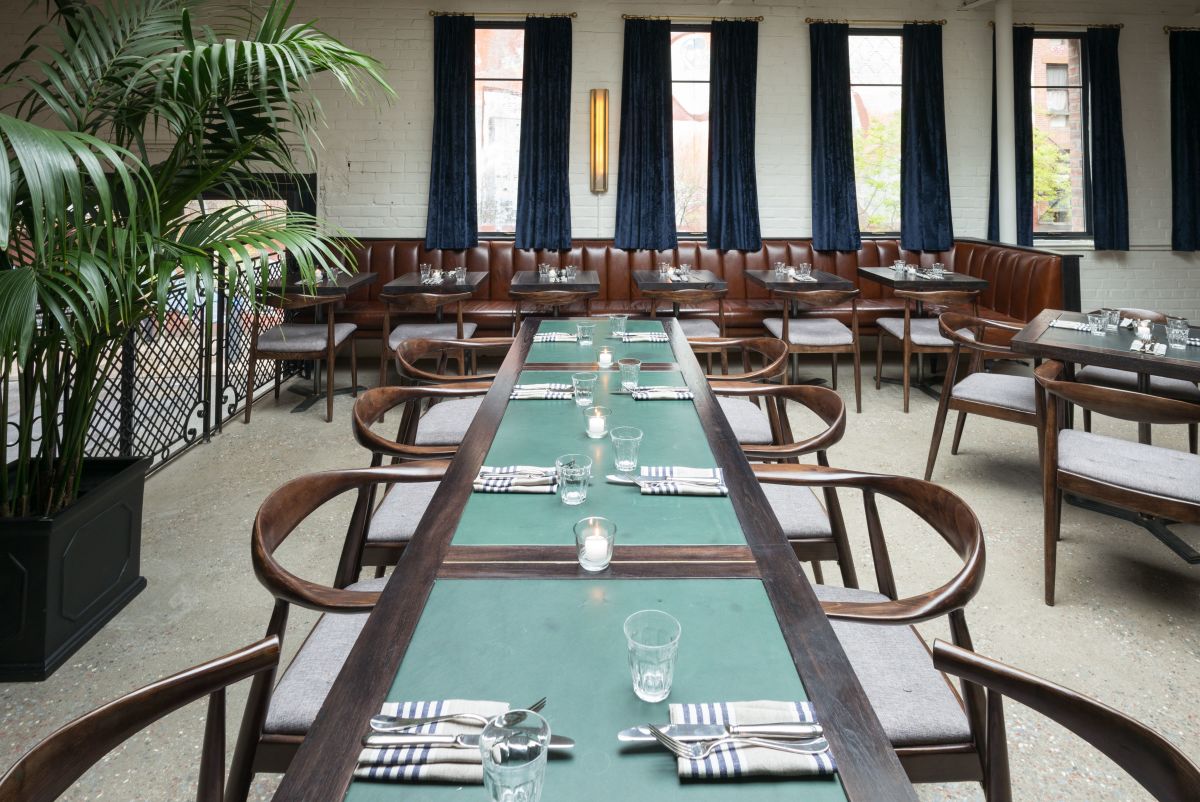 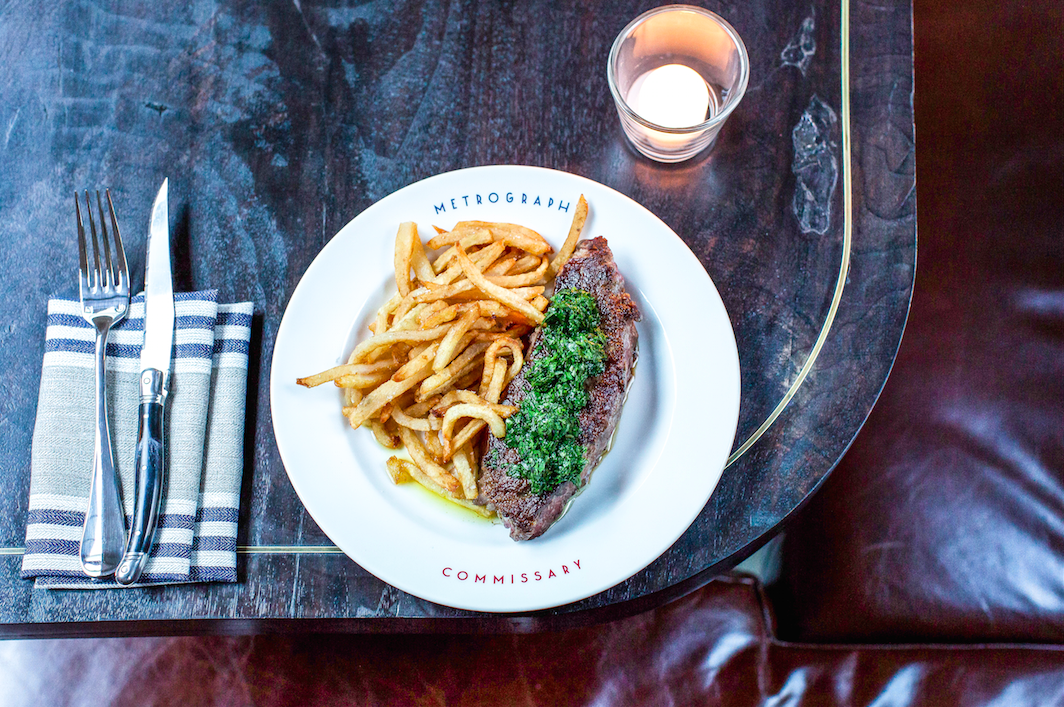 A photo of the dining room of Metrograph's Old Hollywood-themed restaurant "The Comissary;" a plate of steak frites on Metrograph-branded plates, designed to cultivate post-theatre conversation. (A "writer's menu" is coming soon.)

For New Yorkers like myself, it's impossible to imagine the city without its movie theatres. As a kid living in Connecticut, it was repertory listings that first made me want to move here. When Metrograph's construction began last year, the city already had eight or so full-size cinemas regularly showing old films. The essential compendium Screenslate now includes 41 additional venues — mostly bars, galleries and museums — in its listings. The most recent additions have been spots like the Nitehawk Cinema in Williamsburg, where you can drink beer while watching new releases and Lebowski-style favorites, or the Spectacle, which seats 30 in a former bodega and plays anything that can pass for exploitation. Nothing with Metrograph's scale or ambition has opened since the IFC Center in 2005, in part because nothing has needed to. Meanwhile, historic theatres like the Ziegfeld continued turning off the lights.

So, why open another movie theatre in New York? And why now? "I never really thought of the project that way," Olch answers, slightly baffled. "This is a different idea. This is a brand built around Jake's programming, built around the uniqueness of this experience and the uniqueness of a kind of romance with movies. That actually makes a lot of sense and is a good investment." 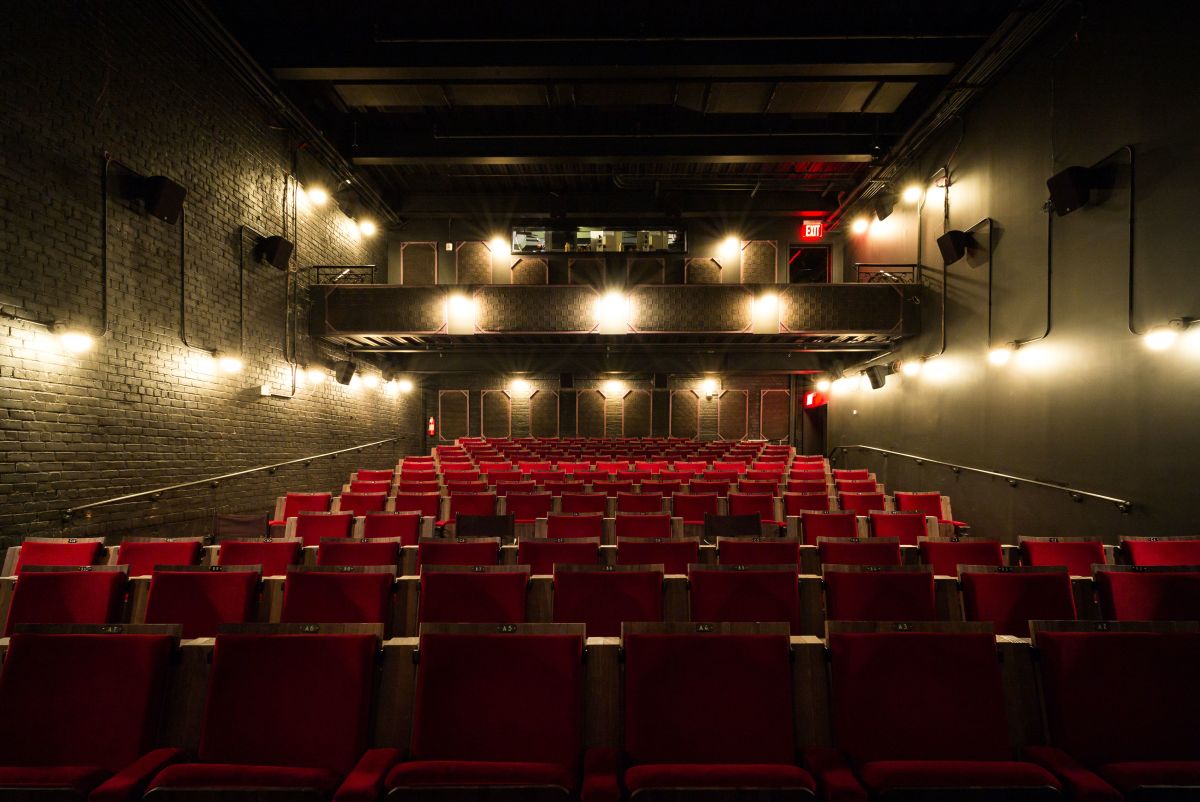 One of Metrograph's two screens, with nearly 80 per cent of films projected on 35mm.

Which is to say, Metrograph isn't filling a void so much as it's adding a new voice to New York's film scene. It's also going further than any of its competitors. Village Voice film critic Melissa Anderson describes its early programming as "more personal and more idiosyncratic" than venues like the Film Society of Lincoln Center, and Screenslate publisher Jon Dieringer, citing Metrograph's opening week Jean Eustache retrospective, thinks they're "just digging deeper than any other place."

The Metrograph story began in 2008, when Olch released his first feature-length film, The Windmill Movie, and toured theatres around the country with his distributor, Jake Perlin of The Film Desk. At each stop, he refined his vision for a cinema that's more than just a cinema. Back in New York, he got to work and convinced Perlin to sign on as creative director. Eventually, Metrograph would become something like his second film, an eight-year process of securing money, scouting locations and exploring new creative possibilities.

While Olch focused on bringing the cinema into the world, Perlin worked out how exactly the movies would be shown: things like seat count, screen size and most importantly, an unique approach to programming. "We're adhering to the rule that there are no standards, or hard and fast rules about what gets defined as a classic or a great film," he tells me, sitting next to head programmer Aliza Ma (formerly an assistant for Film Programmes at TIFF Bell Lightbox and the TIFF Cinematheque) on a couch by the Commissary, Metrograph's Hollywood-themed restaurant. "Our overriding principle is that things become classics for different generations at different times."

Perlin (age 40) and Ma (age 29) are currently curating what they call an “anti-canon” with "Metrograph A-Z," an ongoing series that began with Martin Scorsese's Age of Innocence and four films by Kenneth Anger. Up next are the bathhouse love story The Deep End and Andy Warhol's Chelsea Girls. Adds Ma in an email: “This is an intuitively selected list of films that made very deep impressions on us, that are meaningful and personal that we want to share with our audiences. It’s not about declaring yet another canon.” 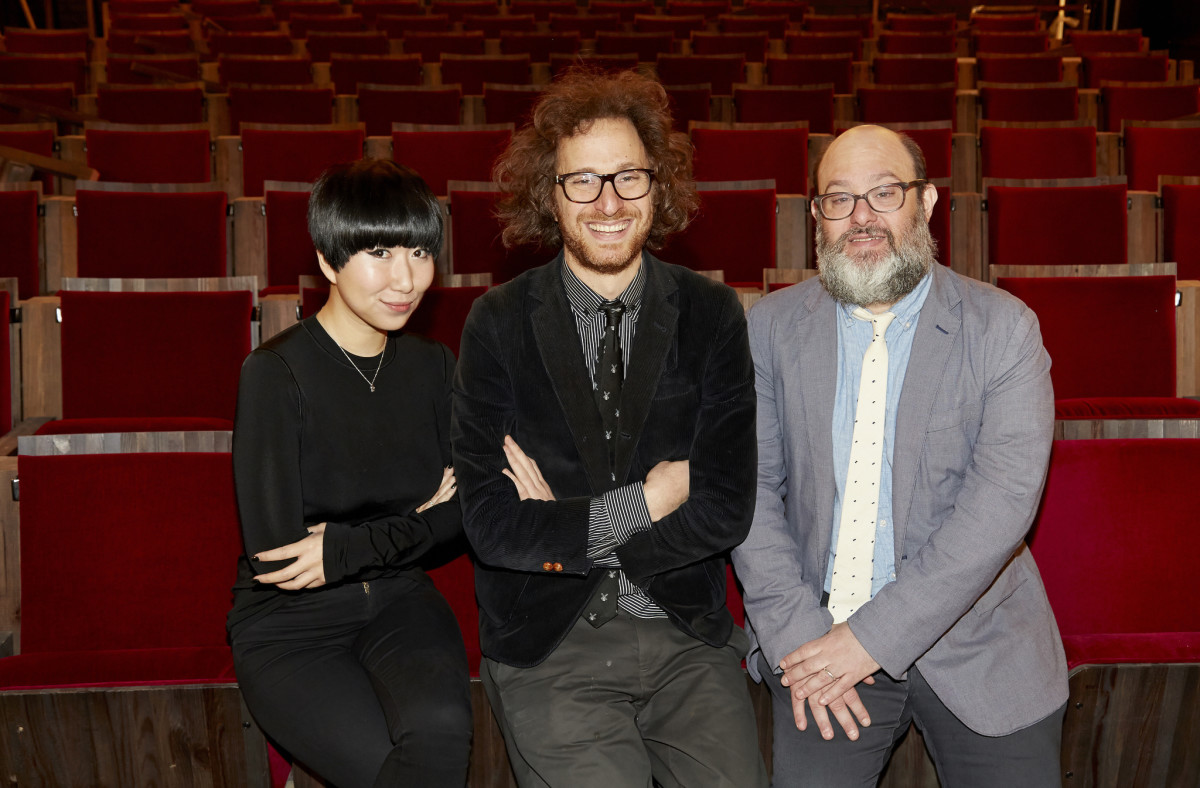 The two programmers originally met through TIFF, where Ma would often book prints that Perlin distributed through the Film Desk. "It felt like he was a real kindred spirit who really believed in film," she says. "I never expected him to call me up one of these days out the blue and say, 'Hey, I'm building a theatre, do you want to program it with me?'"

The cinema staff now includes eight employees, mostly hired by Perlin: Olch, Perlin and Ma, plus a projectionist, publicist, CEO, office manager and head of special events. Everyone I spoke with shared Olch's enthusiasm for Metrograph and a vision for what a cinema can be. Ma, for instance, is contributing to the expanded movie-going experience by arranging regular post-screening Q&As, or events like the Spike Lee double-feature I attended in May.

"When I lived in Toronto, I was always very perplexed as to why people would show films that were made in New York and not even bother reaching out to people who were around, who made the film," she says, pointing toward a recent Amy Heckerling weekend where 35mm screenings of Clueless, Fast Times at Ridgemont High, Johnny Dangerously and Look Who’s Talking were accompanied by introductions by the director. "If you look at her films, they all say 'An Amy Heckerling Film,' but nobody's ever celebrated her personal voice."

"That context is much more interesting to us than 'someone passes away and we do a retrospective,’" adds Perlin. "That was the thing we agreed on whole-heartedly. It's wonderful to honour people who have passed away, but why not let someone know in their lifetime that you think that they're extraordinary and have contributed something?"

During these events, the Metrograph staff has been working with filmmakers to help locate and preserve their original prints. Inside the two theatres, Metrograph has been projecting nearly 80 per cent of its movies on 35mm. This is partly a marketing strategy — something to distinguish their movies from those on Netflix, and a way to make even the biggest blockbusters seem artisanal — but it's also an effective one. Their Ace in the Hole print seems to dance on the screen, and the reel changes were executed with precision. Behind the scenes, a glass wall lets you peep into lead projectionist Jeffrey Enssle's workspace and examine his Kinoton FP 30Ds rig. 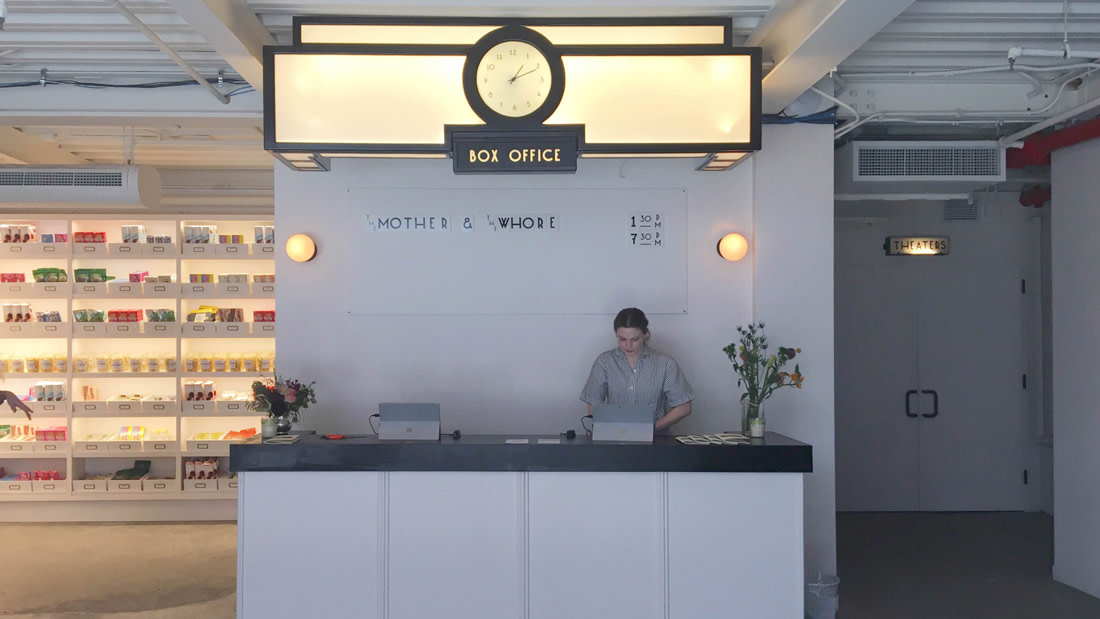 The ticket booth, during the theatre's Jean Eustache retrospective, described by the author as a "real-life Grand Budapest Hotel."

"It's tough for people to appreciate is the amount of labour and the cost involved with programming certain things," says Dieringer when asked why no one else is showing this much 35mm. "Investigating rights, paying for them, print shipping, subtitling... It's not like other venues don't know that these movies exist or wouldn't want to show them. But it's hard to figure out how to make it work financially."

So far, Metrograph is making it work. The buzz started with an opening night party attended by stars Sofia Coppola, Noah Baumbach, Greta Gerwig and Jim Jarmusch. Soon after, Los Sures, an unreleased 1984 documentary about Latino Williamsburg, was held over for nearly a month. New Yorkers — a people who love going out, going to the movies and getting sentimental about both — have quickly embraced this new theatre suited so well to the way they live in 2016. Attendance should continue to grow during the summer. This month alone, they've scheduled a Brian De Palma retrospective (also playing at TIFF Bell Lightbox until September 3), two weekends of Looney Tunes shorts and “Dream Double Feature" number two: a pair of kung-fu movies chosen by the RZA. 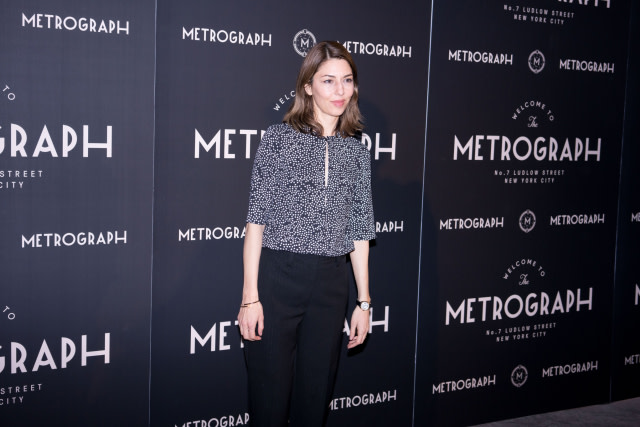 "A couple months ago I first learned about this theatre, and I got the tour," Spike Lee said as he introduced A Face in the Crowd at the start of his own Metrograph double bill. The early screening was nearly sold out, and upstairs, fans leaned over the balcony railing to hear him speak. "It just came in time after [the closing of] the Ziegfeld. That really hurt me, that knocked me down. I saw so many films at the Ziegfeld, and there's no other theatre that can replace it here in New York City."

Metrograph may not be able to replace it, but they’re on their way to creating a new cinema for a new era of Manhattan movie-going.