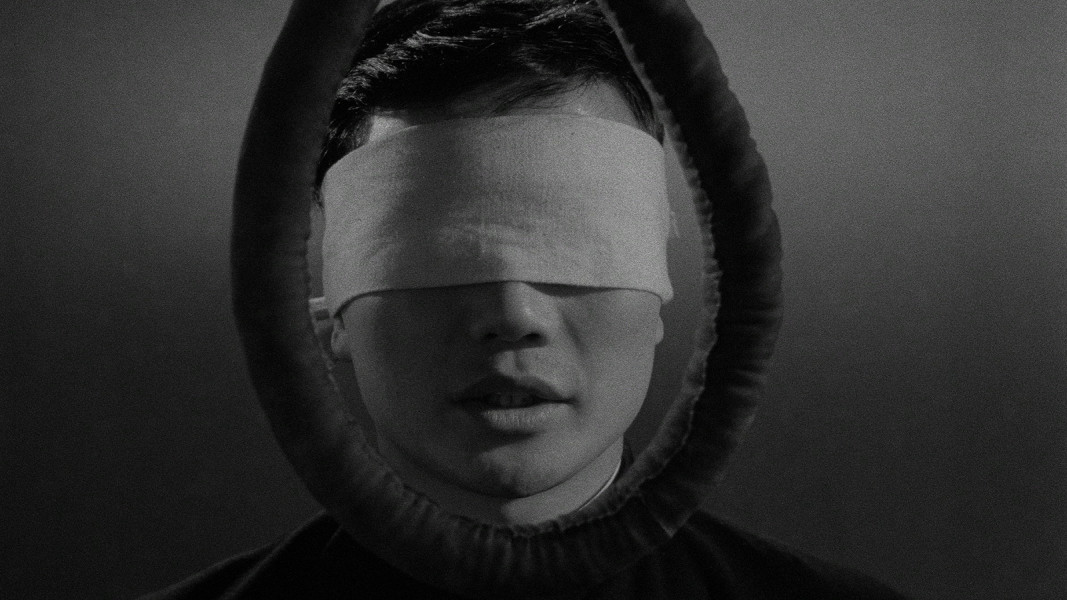 Yasujiro Ozu once famously likened his signature cinematic style to tofu-making: “I can make fried tofu, boiled tofu, stuffed tofu. Cutlets and other fancy stuff, that’s for other directors.” While Ozu named no names, the “fancy stuff” he referred to might well have been directed at the work of the Japanese New Wave, the younger cohort of filmmakers that emerged in the late 1950s and early ’60s and which included his former assistant Shohei Imamura and, perhaps most notably, Nagisa Oshima, whose sophomore feature Cruel Story of Youth is often viewed as the real start of the “movement.” Oshima later responded to Ozu’s oblique call-out in an interview: “I have to agree with someone like Ozu who said that he could only make ‘tofu’ movies. Bean curd was the only thing he knew how to cook, and so he could not make a ‘beefsteak’ movie.” 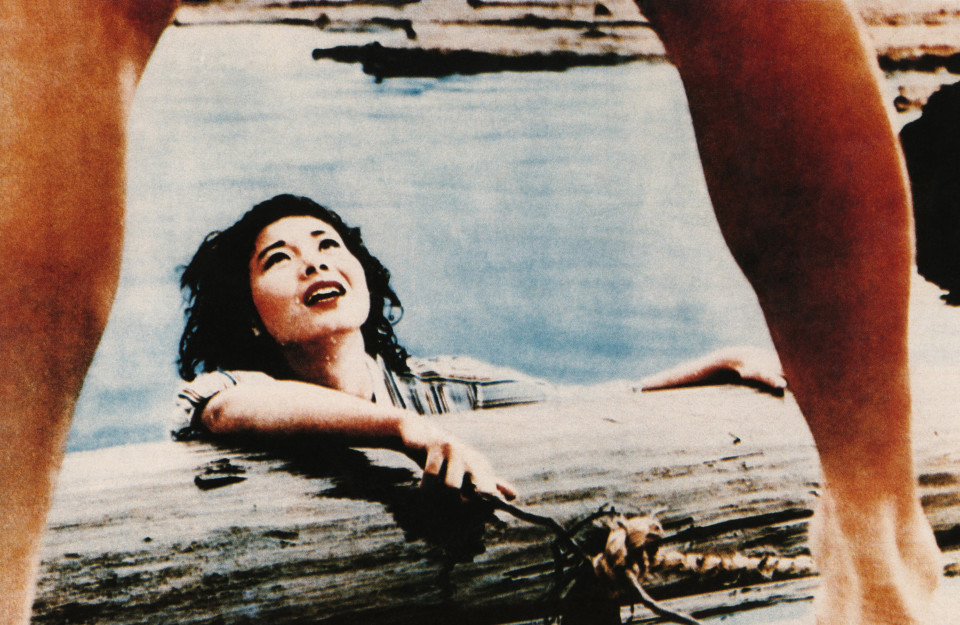 That “meatiness” that Oshima ascribed to his own films applies not only to their often strong content (whether political, violent, or sexual), but also to their generic and stylistic diversity. Oshima’s filmography encompasses gothic horror, slapstick comedy, non-fiction, animation, and period drama. He ventured into international co-productions with a boundary-pushing sex-and-death opus (In the Realm of the Senses), a seemingly straightforward WWII drama (the David Bowie-starring Merry Christmas, Mr. Lawrence), and a not-at-all straightforward tale of cross-species romance (Max, Mon Amour). 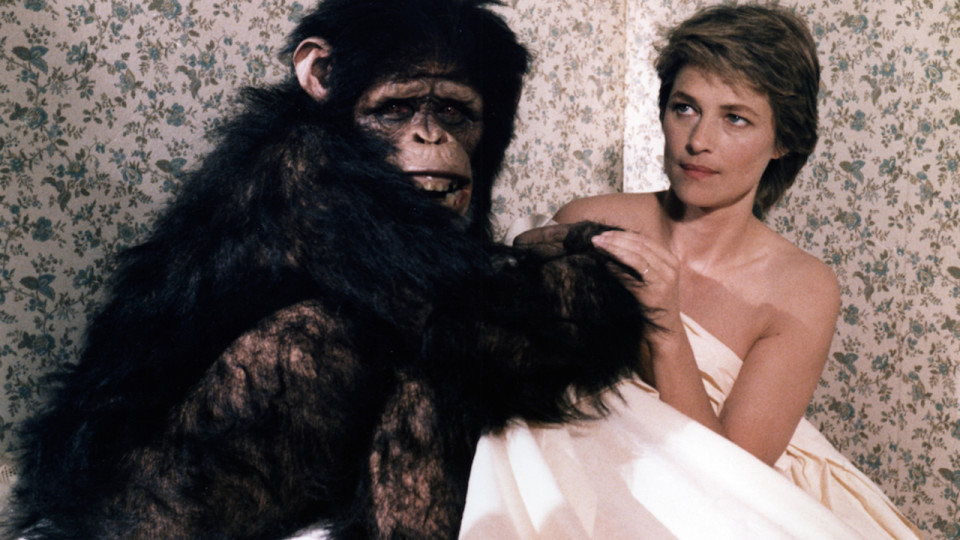 Charlotte Rampling (right) with her co-star in Max, Mon Amour

Nevertheless, for all this variety in mode and subject matter, there are a number of recurring themes, concerns, and methods that run throughout Oshima’s protean body of work, most notably a focus on crime, youth, political protest, Japan’s relationship with its neighbour Korea, and the filmmaker’s predilection for sourcing his stories from current events, particularly those that he read about in the news. In the first decade of his career, Oshima used news stories as the starting points for such major works as Cruel Story of Youth, Night and Fog in Japan, Violence at Noon, Death by Hanging, Boy, and In the Realm of the Senses, which was based on a notorious 1930s murder case.

Scholar Yuriko Furuhata has written about Oshima in the context of what she calls a “cinema of actuality”: films that respond, at least partly, to the forms and subjects of other media (particularly television), and that “exhibit a strong investment in relaying the ephemerality of news and the journalistic sense of actuality.” In Oshima’s case, that concern with the immediate saw him attempt to respond to major developments in Japanese politics in near-real time. Two of his earliest films, Cruel Story of Youth and Night and Fog in Japan (both made in 1960), are set amidst the contemporary uproar over the renewal of the Anpo Treaty of Mutual Cooperation and Security between Japan and the United States. Initially drafted and implemented in 1952 at the end of the US occupation of Japan, the treaty was intended to further political solidarity and economic exchange between the two nations — and, in the eyes of the treaty’s domestic opponents, to bind Japan to the project of US military and geopolitical hegemony.

The Japanese government’s renewal of the treaty in 1960 was met with intense protests from students and the Japanese left more broadly, and Oshima’s treatment of the events in his films clearly indicates that he sides with the young revolutionaries — albeit with a clear-eyed commitment that incorporates criticism alongside celebration. While the Anpo incidents are more background texture to Cruel Story’s tale of two young outlaw lovers, they play a more central role in Night and Fog, which takes place at the wedding of two anti-Anpo activists that is interrupted by a former comrade, who hopes to settle unresolved tensions and resentments from their earlier political commitments. The formally rigorous film plays out in flashbacks to inter-movement divisions and betrayals, as well as police-protester clashes that are enacted in darkened, patently artificial studio settings — stylized remembrances that are, paradoxically, meant to serve the goal of immediacy and actuality. Oshima noted that Night and Fog in Japan “purports to be an account of events which might have been taking place at the very moment of the film’s release” — a conceptualization that the director’s studio seemed to agree with, as it summarily pulled the film from theatres within days of its release. (“If this isn’t political oppression, what is it?” Oshima demanded.) 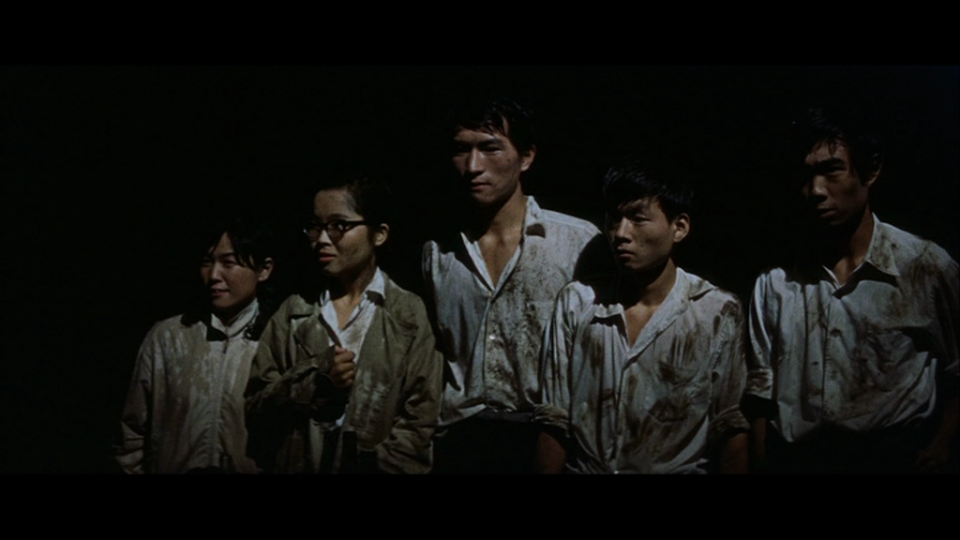 The combination of pressing contemporary urgency and overt stylization in Night and Fog in Japan validates scholar Maureen Turim’s observation that “Oshima’s concern with issues of justice and the state are grounded in reference to a ‘real’ incident, even if he addresses them in a mode that defies realism.” That dynamic is even more pronounced in 1968’s Death by Hanging, which was inspired by not one but two separate news items: the 1962 execution of a young South Korean man who had killed two Japanese schoolgirls, and a then recent poll which found that 71% of the Japanese population supported the death penalty.

In Oshima’s Brechtian, blackly humorous imagining, the condemned man survives his hanging but loses his memory — leading the flustered authorities to try and convince him of his guilt by walking him through a re-enactment of his crime, so that they can (re-)carry out his execution in good conscience. Oshima’s acidic vision of how the state must convince itself of its own virtue even as it kills is complemented by a consideration of the media’s role in both the original crimes (the real-life culprit had phoned the local paper shortly after committing the murders to make sure that they would report on his crime) and the perpetrator’s subsequent punishment, as the newspapers shamelessly stoked racial prejudice in their coverage of the trial and in the lead-up to the execution. (Oshima drives home his critique via the omnipresence of printed newspaper in the film, which literally plasters the walls of the highly theatrical sets.)

In contrast to the radical narrative and visual stylization of Night and Fog in Japan and Death by Hanging, Boy is far more outwardly conventional. The scenario is adapted from a story that briefly captured the nation’s attention in 1966, in which a young boy had been coached by his parents to fake injuries from auto collisions, after which the couple would extort the distressed drivers by coercing them into offering financial recompense on the spot rather than face the courts. “I thought I should have been able to create such a story in my own imagination,” wrote Oshima upon the film’s release in 1969, "but the facts carry the situation further than anything I could have ever imagined.” To that end, Oshima accents his recreated chronicle of the clan’s cross-country cons and eventual apprehension with actual headlines that detailed their exploits, still photos of the real-life culprits, and voiceovers reading out texts of the newspaper articles detailing their crimes.

Despite his commitment to actuality, Oshima stressed that his film was no mere factual record. “We decided to conform to reality in terms of the sequences of events, the basic facts about the characters, and their attitudes toward the incident. But if that were all we did, we would be no different from the weekly magazines,” he wrote. “We had to create the parts that were buried between the incident and the superficial actions.” For Oshima, those crucial connecting parts hinged on a single, searing image: the headshot of the exploited child that stared out from the newspaper and television reports, which the filmmaker read as an accusation against the whole social system that led to his exploitation. (“The blood of this boy dyes all Japan red,” proclaimed the film’s trailer.) 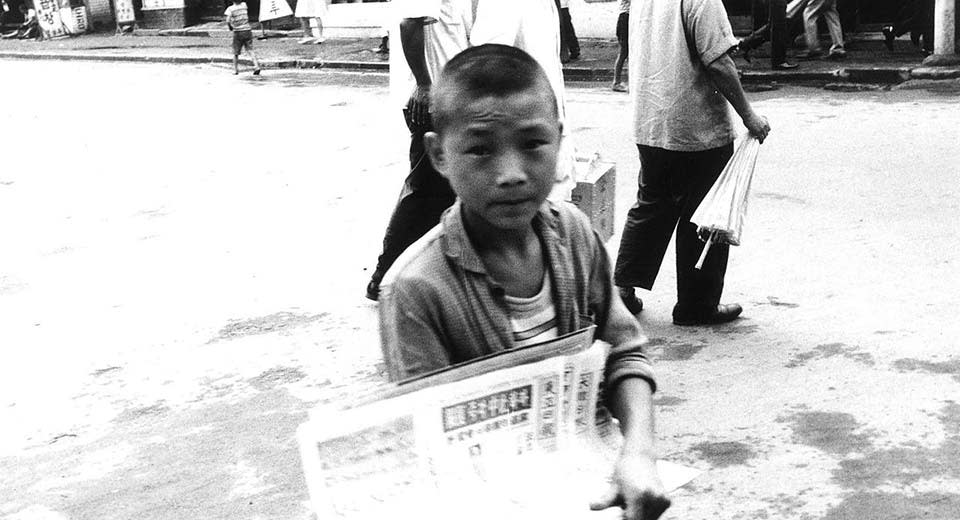 Oshima noted that his interest in making Boy arose in part from its connection to an earlier film of his: Yunbogi’s Diary, a 25-minute short produced out of still images taken during a trip to South Korea in 1965. (Oshima had originally intended to shoot film footage during the visit, but his plans were scuttled by the Korean authorities due to heightened tensions between Japan and South Korea prior to the eventual signing of the Treaty of Basic Relations between the two nations in December of that year.) Over photos of Korean street orphans, Oshima incorporates voiceover excerpts from the recently published diary of the six-year-old Yunbogi (which had become a national bestseller) and his own narration, in which he decries Japan’s historical mistreatment of its neighbour — from the four-decade colonization of the country that ended in 1945 to the discrimination against Koreans in Japan he witnessed in his own time — and urges South Korean youth to fulfill their radical potential through political revolution.

It’s telling that, in Boy, the protagonist’s Yunbogi-like voiceover musings gradually give way to headlines and news reports: the diary replaced by the newspaper, the inner world of experience subsumed by the external world of factuality. For Oshima, the “mass” of mass media refers not only to reach, but weight: a medium that delivers an oppressive, deterministic load of facts most often divorced from context. Instead of further distorting or obscuring the human element of these stories, Oshima sought to shot show precisely those “parts that [are] buried between the incident and the superficial actions.” While he has justly earned a reputation for extreme stylization and conscious artificiality, in each of his films derived from real-life incidents Oshima remains concerned with a truth beyond the headlines – a reality that remains unseen, and greater crimes that go unpunished.