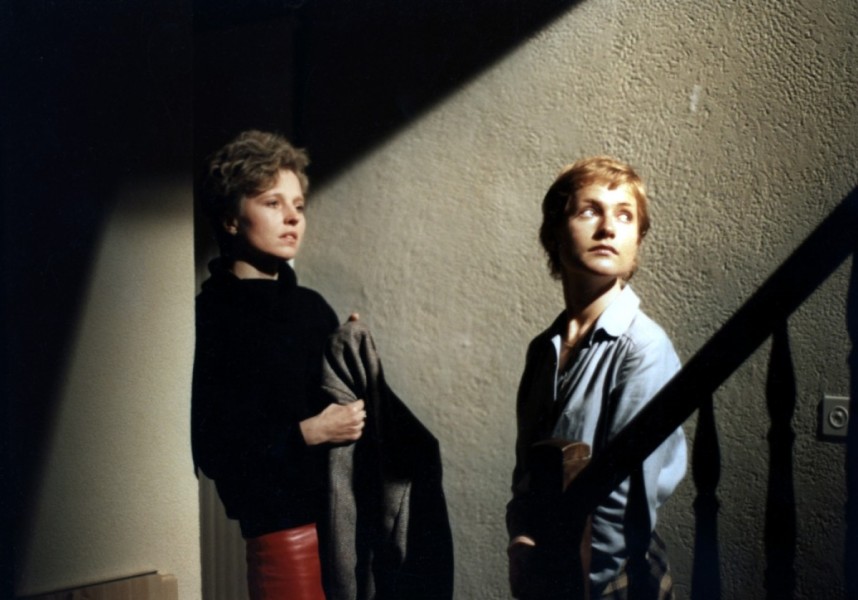 As clichéd as it has become, the term “master of light” certainly pertains to two legendary cinematographers, Sven Nykvist and Raoul Coutard, who appeared at Toronto’s Harbourfront Centre during the years I programmed screenings there (1985–1990). Though each worked with other directors — indeed, when no late-night flights were available after his Sunday evening presentation at York Quay, the punctilious Nykvist slept in the back of a limo all the way to Manhattan to be on the set of Woody Allen’s Another Woman the next morning — their careers were launched and defined by a single towering auteur: Ingmar Bergman and Jean-Luc Godard, respectively.

Coutard’s freewheeling style, often working in handheld long takes and with natural light (Nykvist was radical in different ways, though he hewed to naturalistic one-point lighting as much as possible), derived from his experience as a war photographer in French Indochina. His first work as a cinematographer, on Pierre Schoendoerffer’s The Devil’s Pass — which was shot in colour and CinemaScope — did little to prepare him for the unfettered approach he would bring to the nouvelle vague films of Godard and François Truffaut. Hired (Godard preferred to say “imposed”) by producer Georges de Beauregard to shoot the director’s debut feature Breathless, Coutard revolutionized cinema with a method that reverted to the documentary origins of the art form. Shooting quickly with a new lightweight 35mm camera, improvising dollies with a wheelchair, the nascent cinematographer treated Godard’s film as an actualité. “We tried to make it like we were a news crew,” he later said, though few newsreels exhibited the striking high contrasts and instinctively artful framing of that clarion call for the emergent New Wave.

Choosing two films to commemorate Coutard’s career after his recent death at the age of 92 proved difficult, given the many masterpieces he shot (though he also worked on more than one misbegotten project, e.g., Nagisa Oshima’s Max Mon Amour). That list includes Jacques Demy’s Lola, four early Truffauts (an association ended after Coutard’s determination to quit smoking turned him surly and “unbearable”), Jean Rouch’s ever-amazing Chronique d’un été and, of course, the dozen or so Godards, from Breathless to Weekend — the latter of which famously pronounced le fin du cinéma, its apocalyptic caesura followed by Godard’s long immersion in Maoism, forcing a decade-and-a-half hiatus in the director’s collaboration with Coutard. (The latter rejected the communist politics of his own family, claiming that he was a “fascist of the right,” where Godard was “a fascist of the left.”)

Our pairing of Godard’s Made in USA and Passion perhaps misrepresents Coutard’s immense achievement (slighting as it does his innovative work in black and white), but it nevertheless manages to represent the extent of his (and Godard’s) genius in the films’ extraordinary contrasts of tone, light, colour, and aspect ratio. Presented in recently struck 35mm prints purchased for our last Godard retrospective, these titles were also chosen to emphasize the importance of TIFF’s archive, which with each new digitized day becomes an ever rarer repository of original-format materials. (Cultural memory, manifested in Godard’s countless citations of literature, painting, and art, is an obsession of the director’s late work, Passion providing a supreme example.)

Anna Karina in MADE IN USA

Coutard described the challenges of making Made in USA thus: Godard “wanted to make two films at the same time, two versions at the same time, to show that you can totally change the way you make a film. For example, in the end of the film, I was also shooting the next film, which was the beginning of 2 or 3 Things I Know About Her. Also, working with Godard is at the same time complicated and simple, because you have to shoot everything in order. Because there’s no script, he’s writing it every day.” By this time, the CinemaScope films Godard was making with Coutard pulsated with retina-ripping primary colours and dense, fragmented soundtracks, their uncued bursts of music and voice amplifying the visual “pow” of the ads, texts, and intertitles, the cars, guns, and consumer goods that swarm the screen as in a hot pop mural by James Rosenquist. (One senses that Godard was drawn to Scope not just for its affinities with his beloved ’50s American cinema, but also because it allowed him to stuff more signs, slogans, faces, products, more things and thoughts into its elongated frame.) 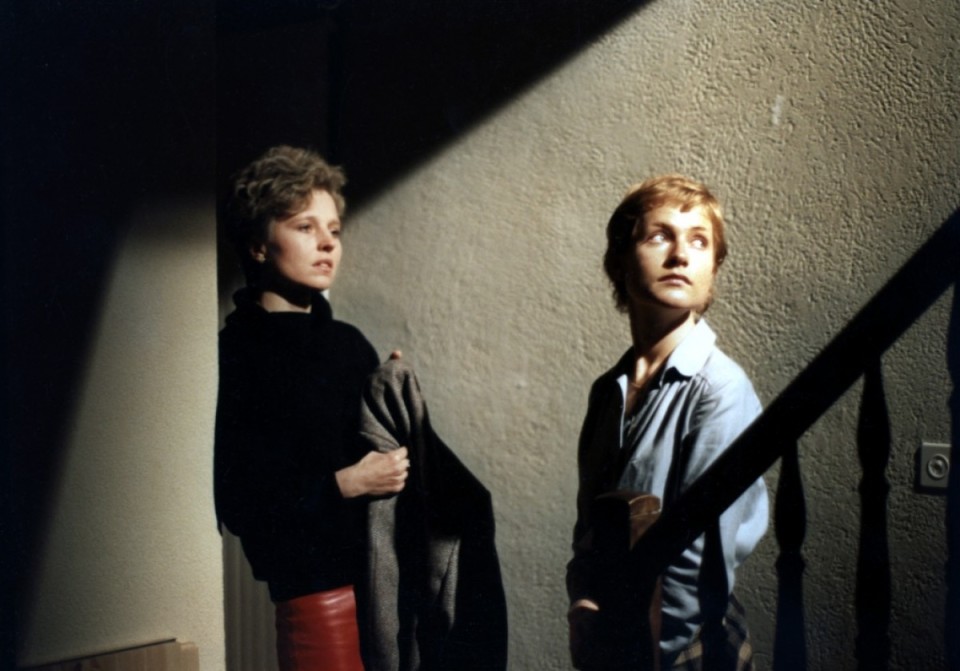 The art historian in Godard, who keenly observed that “between Chardin and Braque, there is not so much difference” (recognizing that Chardin’s still lifes were proto-Cubist; Diderot and Proust presciently hinted at the same thing in their appreciations of the artist), emerged in full with Passion, his reunion with Coutard after many years. A magisterial return to the making-of-a-movie meta-cinema of the previous Godard-Coutard collaboration Contempt, Passion stars Jerzy Radziwilowicz as a Polish film director (another of Godard’s many alter egos) who produces sumptuous tableaux vivants of famous paintings by Rembrandt, Goya, Ingres, Watteau, and Delacroix while worrying about the political fortunes of Solidarity back home. The lighting, from the burnished chiaroscuro in the film studio to the crisp winter sunshine and twilight interiors in which Michel Piccoli, Hanna Schygulla (who once admitted she had no idea what she was doing in her role), and Isabelle Huppert play out their class and marital struggles, becomes one of the film’s subjects and obsessions. Godard and Coutard emphasize the stark variations of light, natural to artificial, in a telling match cut between a hotel-room lamp and a movie-set klieg. (Radziwilowicz is forever dissatisfied with the illumination — perhaps because he doesn’t have Raoul as his D.P.) 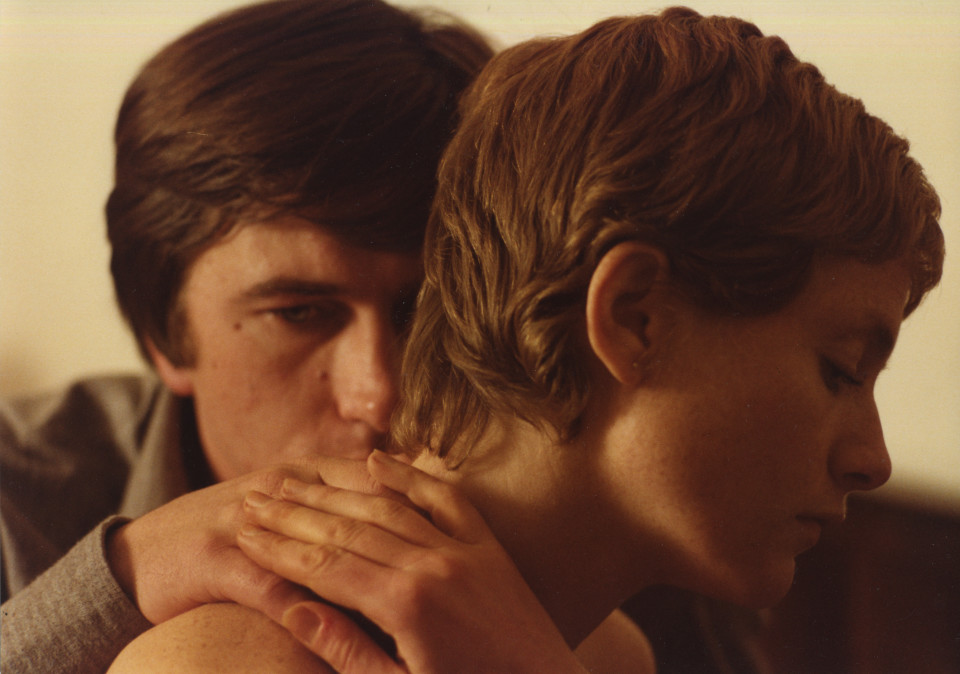 When Coutard presented Passion at Harbourfront, I asked him what aspect ratio the film was in. I had seen it at a local art house projected in the standard 1.85 ratio, which seemed incorrect; Coutard confirmed my suspicion that it should be shown in the square(ish) Academy ratio (1.37) by excitedly making a boxy rectangle with his fingers. As our Cinematheque’s complete retrospectives of Godard’s films subsequently illustrated, most, perhaps all, of the director’s late films should be projected in this outmoded ratio — which few cinemas now have the lens, plates, and masking to present properly. Hence Godard’s late works are, literally, misfits — une véritable bande à part.