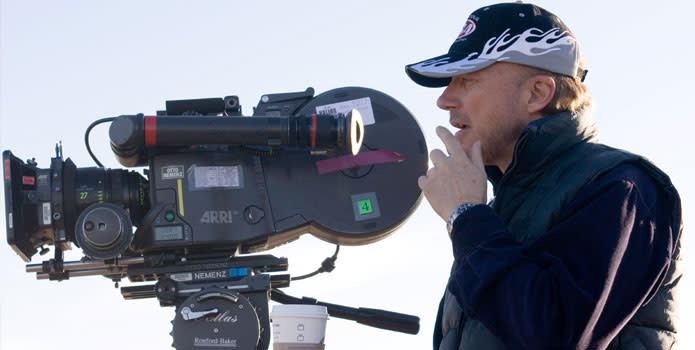 The Canadian Academy-Award®-winning writer, producer, and director Paul Haggis joined Higher Learning for a screening of his film In the Valley of Elah, followed by a Q&A

Post-secondary students and faculty joined Academy-Award®-winning writer, producer, and director Paul Haggis as he presented his film In the Valley of Elah (2007). Haggis scripted some of the most ambitious productions of the decade, including the Bond films Casino Royale (2006) and Quantum of Solace (2008), as well as the Clint Eastwood-directed Million Dollar Baby, Flags of our Fathers(2006), and Letters from Iwo-Jima (2006). He also wrote, produced, and directed the Best Picture-winning Crash (2004) – a searing multi-narrative film about race in Los Angeles. Haggis is the only screenwriter to pen back-to-back Academy Award® Best Picture winners. The screening of In the Valley of Elah was followed by a conversation and Q&A, in which Haggis discussed the production and reception of the film, as well as his motivations to produce a socially engaged narrative that considered soldiers returning from the Iraq war. Other topics include: complications involved in casting the film, securing funding from studios and independent producers, and transitioning from producing and writing for television to producing and writing for film. This Higher Learning event was held on February 10, 2011 at TIFF Bell Lightbox.