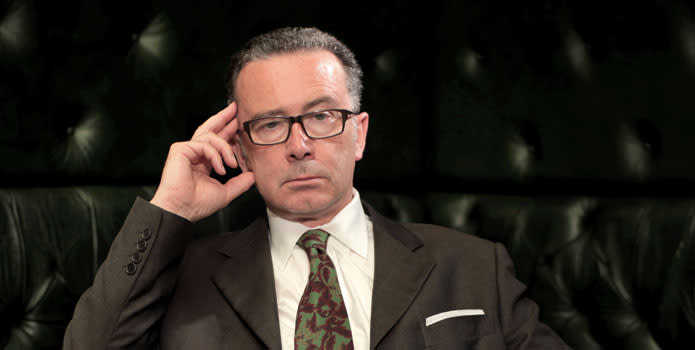 Richard Morrison, one of the world's leading film titles designers, joined post-secondary students and faculty for a Master Class, in which he discussed his creative methods and experiences working on over 150 title sequences.

Film titles designer Richard Morrison joined post-secondary students and faculty for a Higher Learning Master Class. Having created over 150 film title sequences with a career that spans three decades, Morrison described his experiences working with some of the industry's most respected filmmakers. Morrison's credits span Hollywood blockbusters such as Batman (1989), Enemy at the Gates (1999), and Sweeney Todd: the Demon Barber of Fleet Street (2007), as well as cult classics like Quadrophenia (1979), Brazil (1985), and High Fidelity (2000).

In a behind-the-scenes look at how film title seqences are created, Morrison lent first-hand advice for emerging graphic designers interested in the film industry. Morrison described his entry into the film title design field, which saw the young graphic designer working with the legendary Maurice Binder – title designer for the James Bond series. Other topics included: the central importance of music and sound design in title seqeunces, the influence of Saul Bass, and how the industry has evolved since the widespread adoption of CGI and digital editing for title sequences. This Higher Learning Event was held on November 4, 2011 at TIFF Bell Lightbox.

The event was co-presented with The Association of Registered Graphic Designers of Ontario.