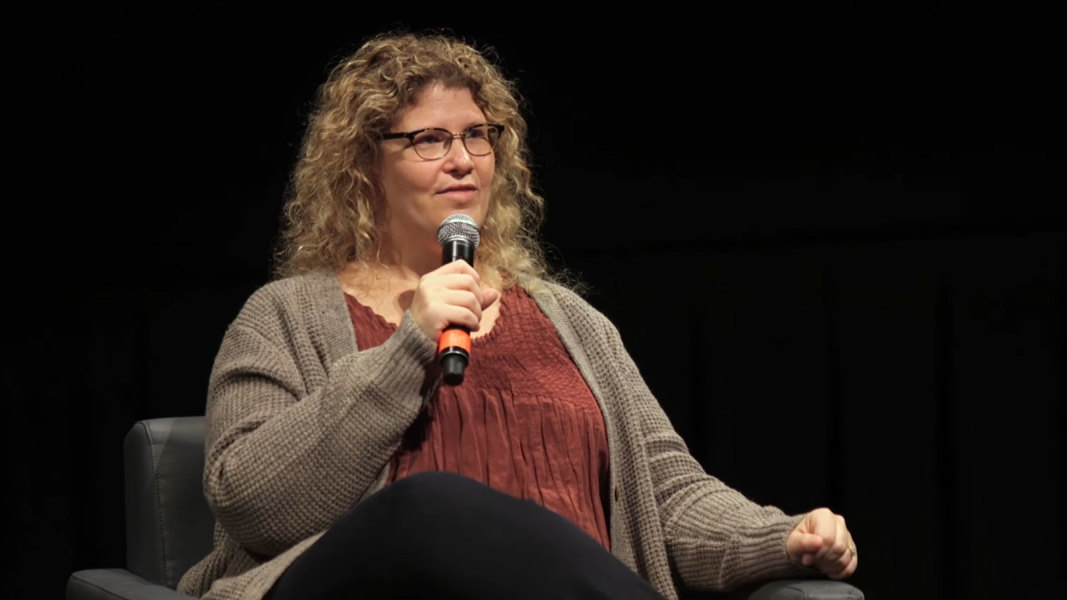 Raised in Long Island, Erin Sarofsky always connected with TV title sequences, including New Kids on the Block and* The Brady Bunch*. After seeing David Fincher’s Se7en, she realized that graphic design for film could be a viable career option. Upon graduating from the Rochester Institute of Technology, Erin worked in both Chicago and New York before opening her own company, Sarofsky, in January 2009. Sarofsky has worked on several titles for film and television, including *Shameless *(2011– ), Girl Rising (2013), Guardians of the Galaxy (2014), Captain America: The Winter Soldier (2014), Ant-Man (2015), Captain America: Civil War (2016), and Animal Kingdom (2016– ), which were shown during the event.

Throughout the onstage conversation, Sarofsky discussed the life cycle of a project, the qualities of good title design, and her ongoing collaborations with the Russo brothers and Marvel Studio. In addition to the artistry involved in creating title sequences — the consideration of the narrative, the use of music, and motion graphics — she also discussed how technical and legal requirements influence the overall design.

This Higher Learning event was held on November 2, 2016 at TIFF Bell Lightbox and was moderated by Keith Bennie, Senior Manager of Adult Learning at TIFF. This event was co-presented by the Registered Graphic Designers of Ontario as part of their annual DesignThinkers conference. The Art of the Title was a community partner.