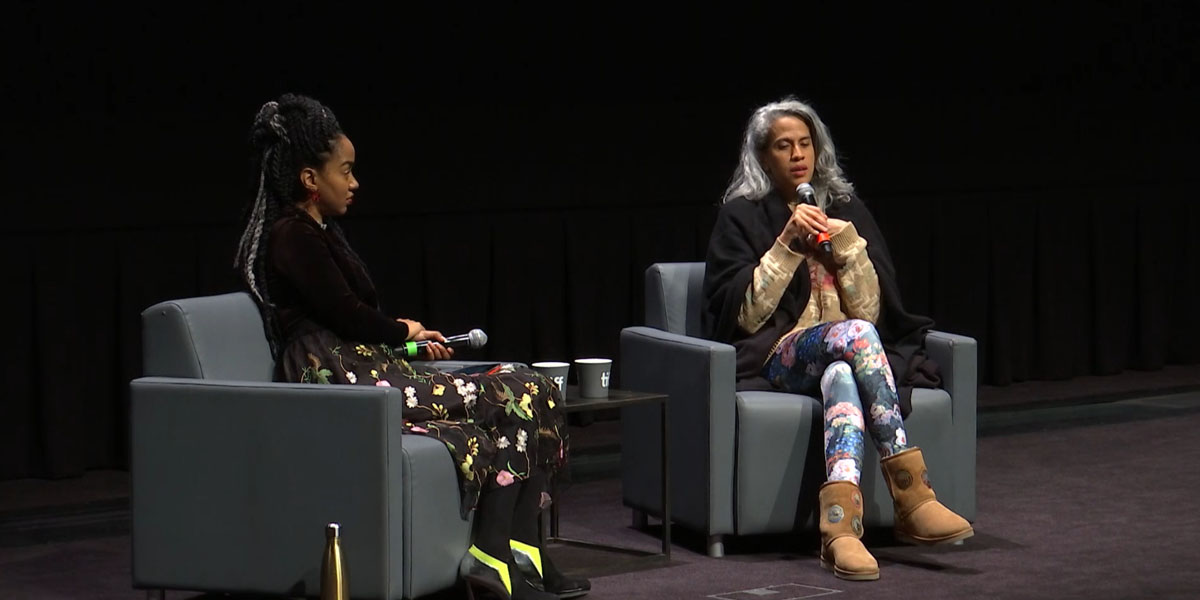 Mimi Valdés has always had a passion for storytelling. In this conversation, Valdés discussed how she had always been fascinated by magazines and was influenced at a young age to pursue a career in journalism. She also shared her love for hip hop and hip-hop culture. In 1993, Valdés was able to merge both of these interests when she started working at Vibe Magazine, eventually becoming Editor-in-Chief before moving to Latina Magazine in 2007. While working in print journalism, Valdés aspired to champion emerging talents and sought to capture the authentic person, rather than the celebrity, in her interviews.

In 2010, Valdés brought her love of storytelling to i am OTHER, Pharrell Williams’ strategic consulting and creative collective. As the Chief Creative Officer, Valdés is responsible for overseeing the creative aspects of the company. She shared how her previous work experiences prepared her to be a producer on the music video for Williams’ song “Happy,” and on the films Dope (2015), Hidden Figures (2016), and Roxanne Roxanne (2017) — which is about Roxanne Shante’s influence on ’80s hip hop.

This Higher Learning event was held on November 9, 2017, at TIFF Bell Lightbox and was moderated by Amanda Parris, CBC Arts columnist and host of several CBC programs. This event was co-presented by the Registered Graphic Designers of Ontario as part of their annual DesignThinkers Conference.