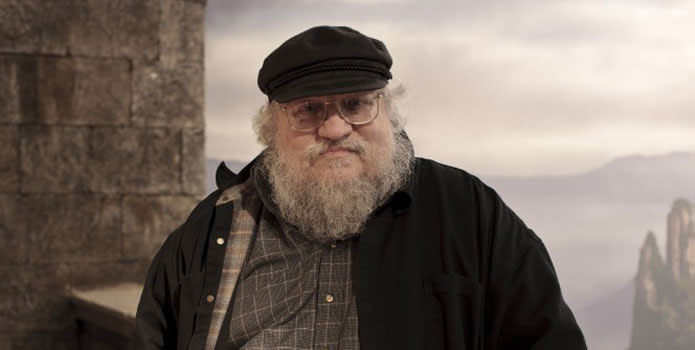 Bestselling author of the A Song of Ice and Fire cycle, George R.R. Martin, joined students and faculty to discuss his celebrated novels' adaptation to the small screen as HBO's Game of Thrones.

Prior to the premiere of Season Two of HBO Canada's hit series, Game of Thrones, post-secondary students and faculty were invited to join The #1 New York Times® bestselling author George R.R. Martin for a Higher Learning Master Class. Martin discussed his epic saga A Song of Ice and Fire, with a particular focus on its adaptation to the small screen. The fan-favourite author outlined the origins of his career, relating his childhood experiences selling his first stories in the school yard, his later success as a science fiction and fantasy author, the career setbacks that drove him to Hollywood, as well as lessons learned on previous television projects, such as the 1980s reboot of the Twilight Zone and the cult-classic Beauty and the Beast. Other topics included: his inspirations, his plans for future novels in the Ice and Firecycle, and the series' transition from page to screen. A Q&A session with the audience followed the conversation. This Higher Learning event was held on March 13, 2012 at TIFF Bell Lightbox.

The event was co-presented with Random House of Canada.