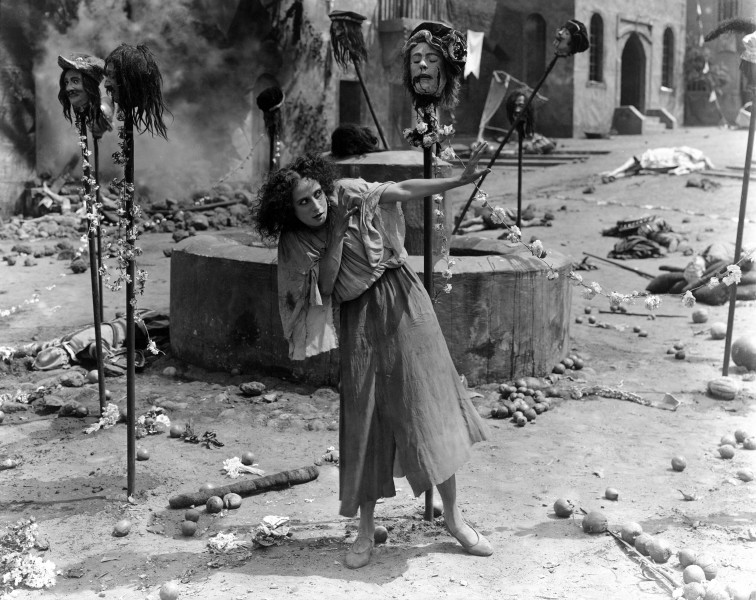 To mark International Women’s Day and celebrate the tremendous success of TIFF’s initiative Share Her Journey — a five-year commitment to increasing opportunities for women in the film industry, which as of January 2019 has raised a remarkable $2.2 million to directly support new programming aimed at tackling gender parity — here's another look at programmer Alicia Fletcher's invaluable series of essays about the trailblazing women of silent cinema. Find more links below to brush up on legends Louise Brooks, Lillian Gish, and Dorothy Arzner.

Known in her day as the “The Muse of the Reel” and “The Wonder Woman of Films,” actress, screenwriter, director and producer Lois Weber was not only the most prolific American female filmmaker of the silent era, but one of the most respected and financially successful filmmakers, period. In the 1910s, her films helped legitimize and shape the nascent Hollywood industry, endowing the still evolving medium with respectability and artistic merit. Her films focused on taboo issues that plagued women — including poverty and prostitution (Shoes and The Price of a Good Time), birth control (Where Are My Children? and the original The Hand That Rocks the Cradle), and drug addiction (Hop, The Devil’s Brew) — as well as broader social issues such as capital punishment (The People vs. John Doe, 1916) and anti-Semitism (The Jew’s Christmas, 1913). In these and other films, Weber established a personal brand: her name was synonymous with quality, moral uplift and, importantly, entertainment.

A piano prodigy in childhood, Weber pursed a career in theatre after a stint as a missionary. She met her husband Phillips Smalley in a theatre company and they entered the film industry together, first as actors and then as co-directors, with Weber also serving as screenwriter on each of their productions. After working with the Gaumont, Bosworth, and Reliance studios, in 1912, the duo were put in charge of Universal’s Rex brand, where Weber’s distinct voice eventually eclipsed that of her husband’s. By 1917, Weber was mentioned alongside Cecil B. DeMille and D.W. Griffith as one of the three key directors who were establishing film’s rightful place in the realm of art. That same year, Weber left Universal and formed her own production company, Lois Weber Productions. 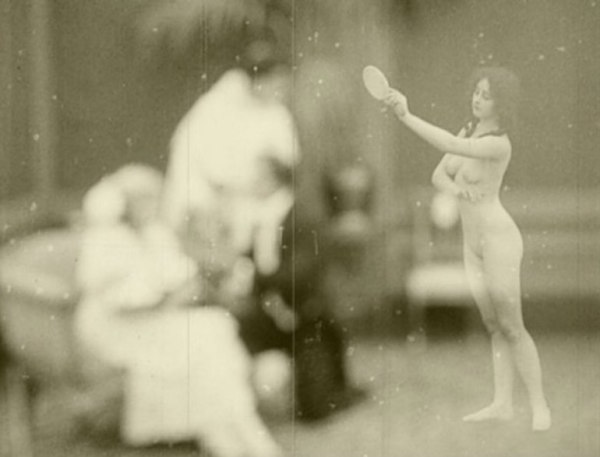 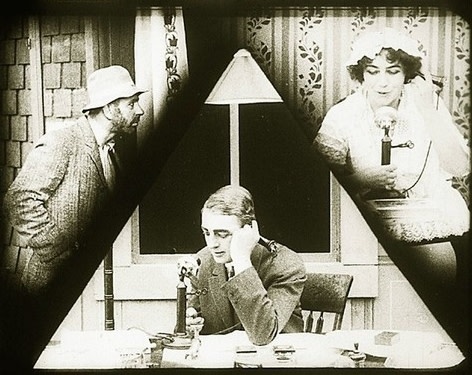 An early use of split screen in Lois Weber's Suspense, 1913

Weber’s innovations spanned the entire spectrum of filmmaking: she established early editing techniques such as the split screen (used to great effect in her pioneering 1913 film Suspense); directed the first scene of full-frontal female nudity (in the 1915 Hypocrites, featuring an uncredited Margaret Edwards); revolutionized on-location shooting, often rejecting artificial sets for real domestic locations; experimented with shooting in sequence, which she believed imparted more authenticity in performances; and, more than a decade prior to the release of The Jazz Singer, she was one of the first directors to experiment with sound on film. Additionally, Weber nurtured the careers of numerous young actresses — including Billie Dove, Esther Ralston, Mary McLaren (the star of Weber’s Shoes), and a teenage Mildred Harris, the first wife of Charlie Chaplin — and she is also credited with the discovery of Frances Marion, who would become one of the most renowned female screenwriters of the silent era.

While Weber’s contributions to film history are on par with those of such household names as Griffith, Georges Méliès, Edwin S. Porter and the Lumières, history has not been kind to her. Only recently have attempts to restore her legacy found some measure of success, thanks largely to restorations of some of her most significant surviving films. Of these, the 1916 The Dumb Girl of Portici stands out as a true milestone, as it brought Weber together with one of the era’s other towering female artists: the Russian prima ballerina Anna Pavlova, who gave her first and only screen performance in this film. 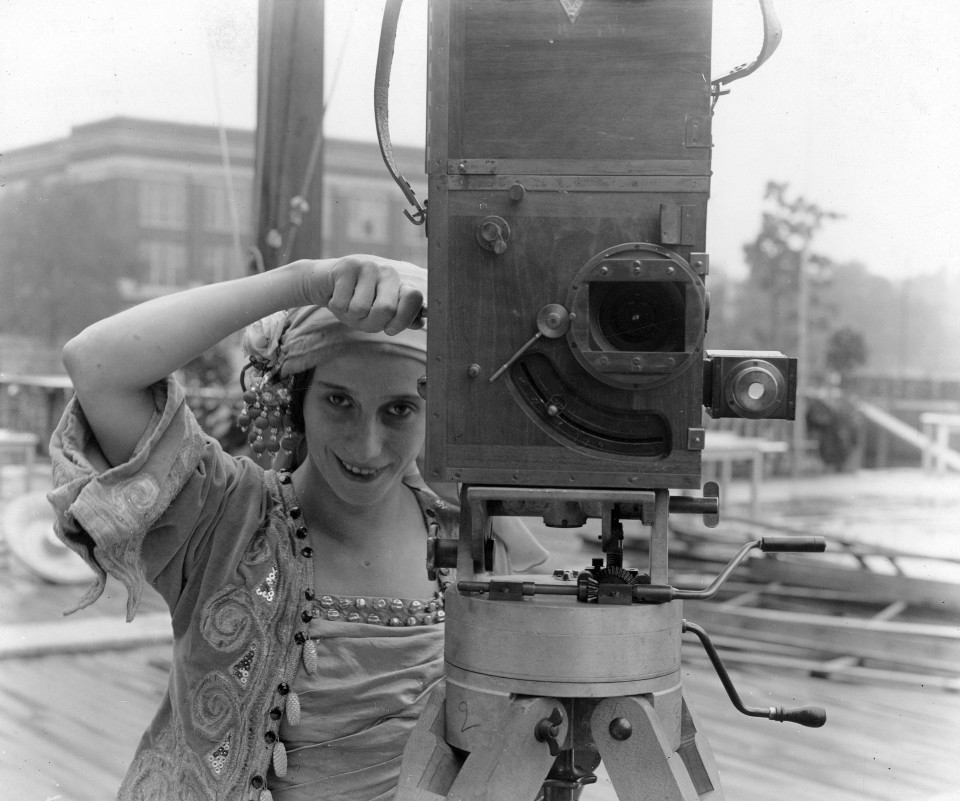 Now likely known more for the meringue-based dessert that bears her name, Pavlova was the principal artist of the Imperial Russian Ballet, as well as Sergei Diaghilev’s Ballet Russes. Forming her own company, Pavlova became the first ballerina to tour the world, making her an international star. Like Weber, she revolutionized her art form: rejecting the stiff, academic rules of traditional ballet, she captivated audiences with her audacious talents. 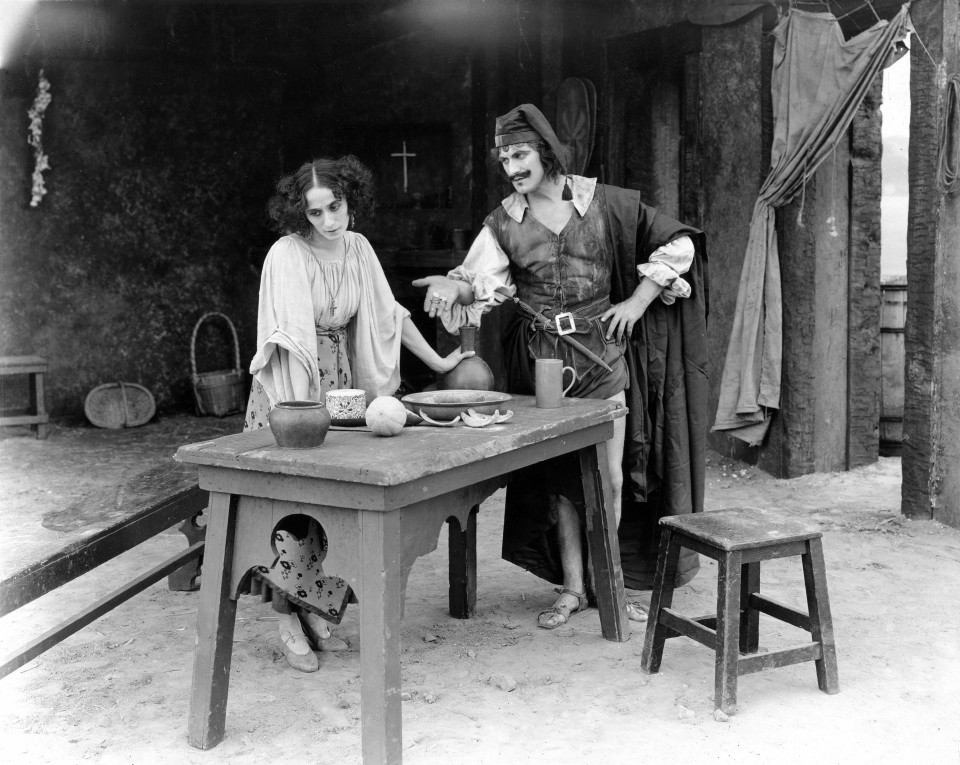 Anna Pavlova in The Dumb Girl of Portici

The most expensive Universal production up to that point, The Dumb Girl of Portici stars Pavlova as Fenella, a mute peasant girl in 17th-century Naples whose affair with a Spanish nobleman leads to revolt and revolution after he abandons her. Weber cannily capitalizes on her star’s world-renowned presence, flaunting Pavlova’s physicality in the opening sequence and incorporating scenes of ballet performance into the story, featuring dancers borrowed from the Ballet Russes.

While she derives great dramatic and lyrical effects from Pavlova’s expressive movements, Weber — never one to shy away from controversy or provocation — also creates sequences of brutal violence and some truly disturbing imagery. In the film’s dramatic climax, as villagers storm the Duke’s palace, Weber places Pavlova in the centre of a ring of decapitated heads placed on spikes, contrasting the delicacy of her star with a nightmarish image of revolutionary fervour.

By the early 1920s, Weber’s popularity had begun to slide, as the emergence of such Jazz Age screen sirens as Clara Bow, Louise Brooks, and Pola Negri made Weber’s depictions of “modern women” seem rather old-fashioned and obsolete. Her output declined significantly throughout the decade, with Weber producing only sporadically up until her final silent film, the 1927 The Angel of Broadway (which is now considered lost).

In 1934, Weber boldly returned to directing, attempting her first sound production. The Polynesian-set White Heat, which featured a mixed-race relationship between a plantation owner and an Indigenous woman (played by Argentine actress Mona Maris), once again demonstrated Weber’s desire to push the cinematic envelope — using the innate power of the medium to explore controversial subject matter and create a progressive and hopeful vision of tolerance, understanding, and solidarity. 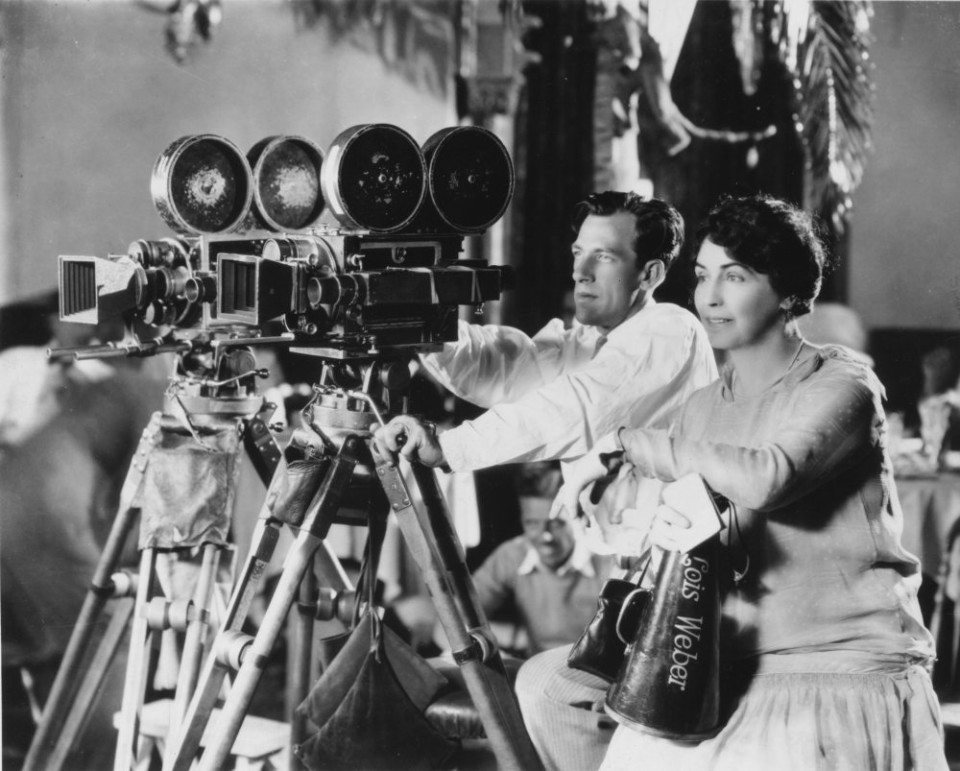