Though she claimed she had “no special characteristic,” the veteran star was one of the defining figures of classic Japanese cinema 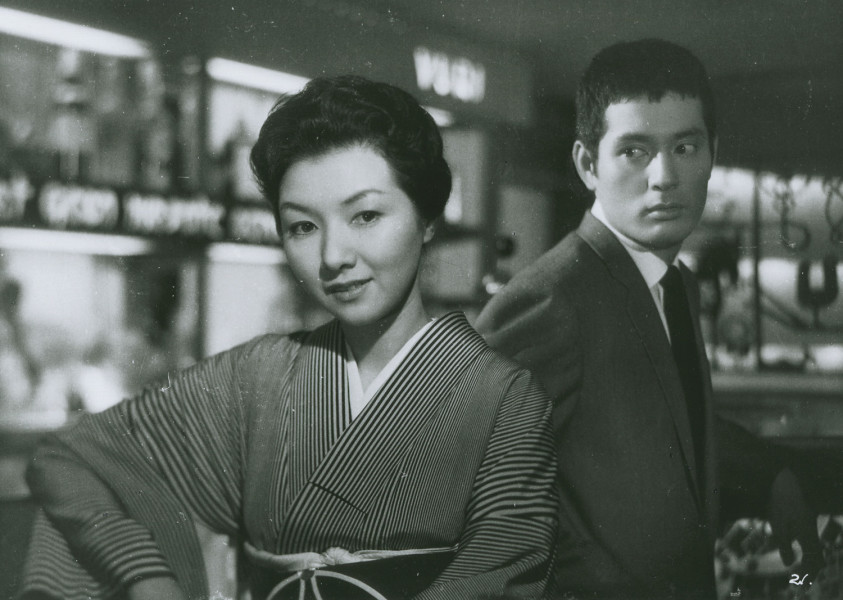 The third in a series of profiles of the great actresses spotlighted in this season’s flagship TIFF Cinematheque programme Summer in Japan.

In contrast to her great contemporaries Kinuyo Tanaka and Setsuko Hara — whose personae were characterized by suffering and serenity, respectively — Hideko Takamine had less of a firm definition to her screen image. A veteran of the Japanese film industry who had started out as a child star in the 1930s and acted in more than 200 films before her retirement in the late ’70s, Takamine herself once confessed in an interview that she “has no special characteristic,” which made her suitable for a range of roles (dancers, geishas, wives, daughters, lovers) in a wide variety of genres (comedies, musicals, melodramas, etc.). Nevertheless, despite this malleability Takamine has always displayed a rare (for a Japanese woman) tendency to defy accepted social norms on screen, from playing the scandalous showgirl heroine of Keisuke Kinoshita’s Carmen Comes Home (Japan’s first colour film) to playing a very un-Ozu-like ingenue role opposite Tanaka in Ozu’s The Munekata Sisters, in which she repeatedly sticks her tongue out at her father (Chishu Ryu) when he teases her in front of a male friend. 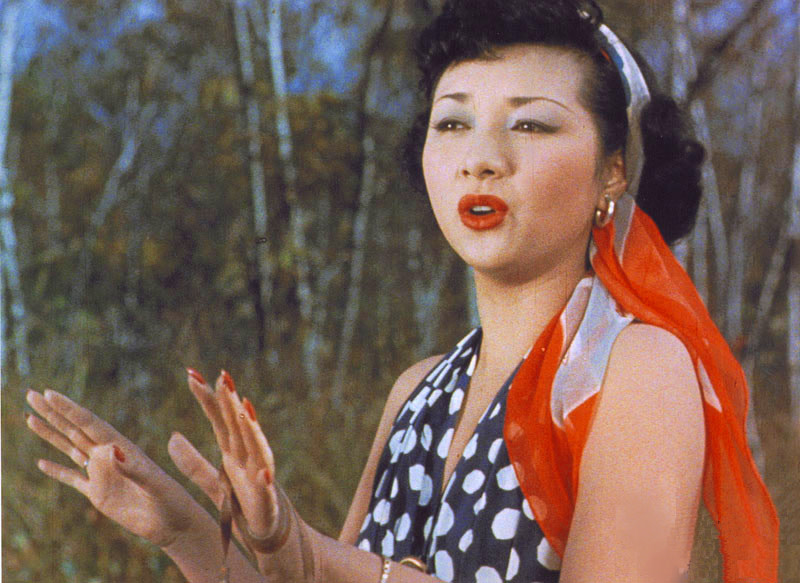 While Takamine experienced her greatest success with Kinoshita’s classic 1954 weepie Twenty-Four Eyes (which Japanese critics voted the best domestic film of the year, topping Akira Kurosawa’s Seven Samurai), her legacy rests on her performances for Mikio Naruse in such films as Floating Clouds (1955), Flowing (1956), When a Woman Ascends the Stairs (1960), and Yearning (1964). A tough-minded director who told bleak tales of failed romances, social injustice, and the challenges and miseries of everyday life for the lower and working classes, Naruse favoured dramatic intensity and sometimes radically contrasting tones in his work. In Takamine, he found the perfect embodiment of his preferred mode: an actress who could be ordinary yet radiant, aloof but tender, clingy but also independent. 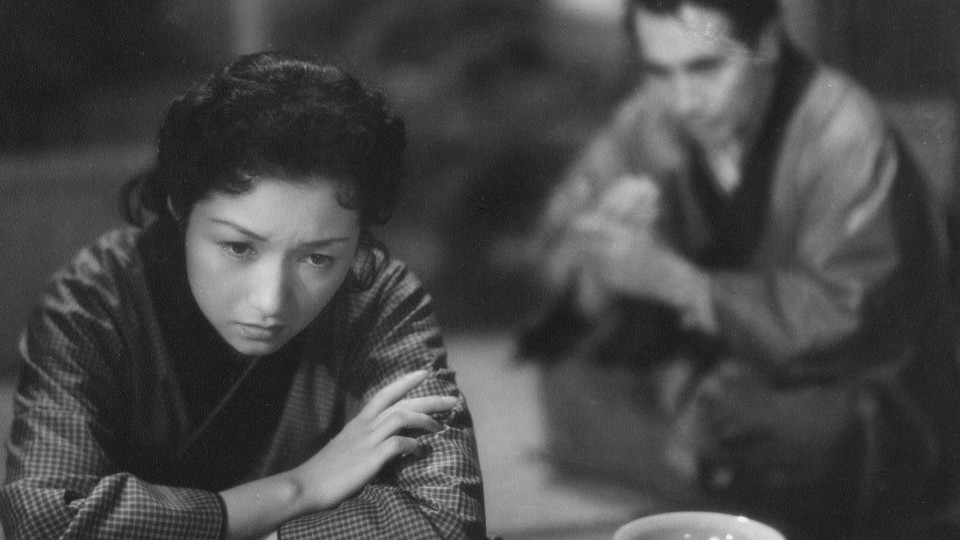 In Floating Clouds, one of the great films of postwar Japanese cinema, Takamine plays the self-destructive Yukiko, a young woman who falls in love with the married Tomiako (Masayuki Mori) during the war and pursues him from place to place for years afterward, until her death on a rainy, isolated island. Yukiko is a truly tragic figure who foresees her bleak future even at her happiest moments, and Takamine plays her with a mounting sense of sadness. In the flashback scenes, Takamine’s innocence and fragility stands in sharp contrast to Yukiko’s emotional dependency and constant disgrace in the present. But even as she cries, begs and grovels before her patently unworthy lover, Yukiko achieves a kind of grandeur: not only does she survive the hardships of postwar poverty on her own, but her undying devotion and desire paradoxically endows her with a powerful agency.

Takamine plays a completely different role in When a Woman Ascends the Stairs, Naruse’s most well-known film outside Japan. As Keiko, a widowed bar hostess struggling to maintain her independence, Takamine has a soft beauty and tenderness that belies her seedy surroundings. In the course of the film she will be deceived and her dignity will be shattered, but she refuses to accept the role of fallen woman: rather, she once again puts on her gorgeous smile and climbs the stairs to the Ginza gin joint that has become her purgatory. 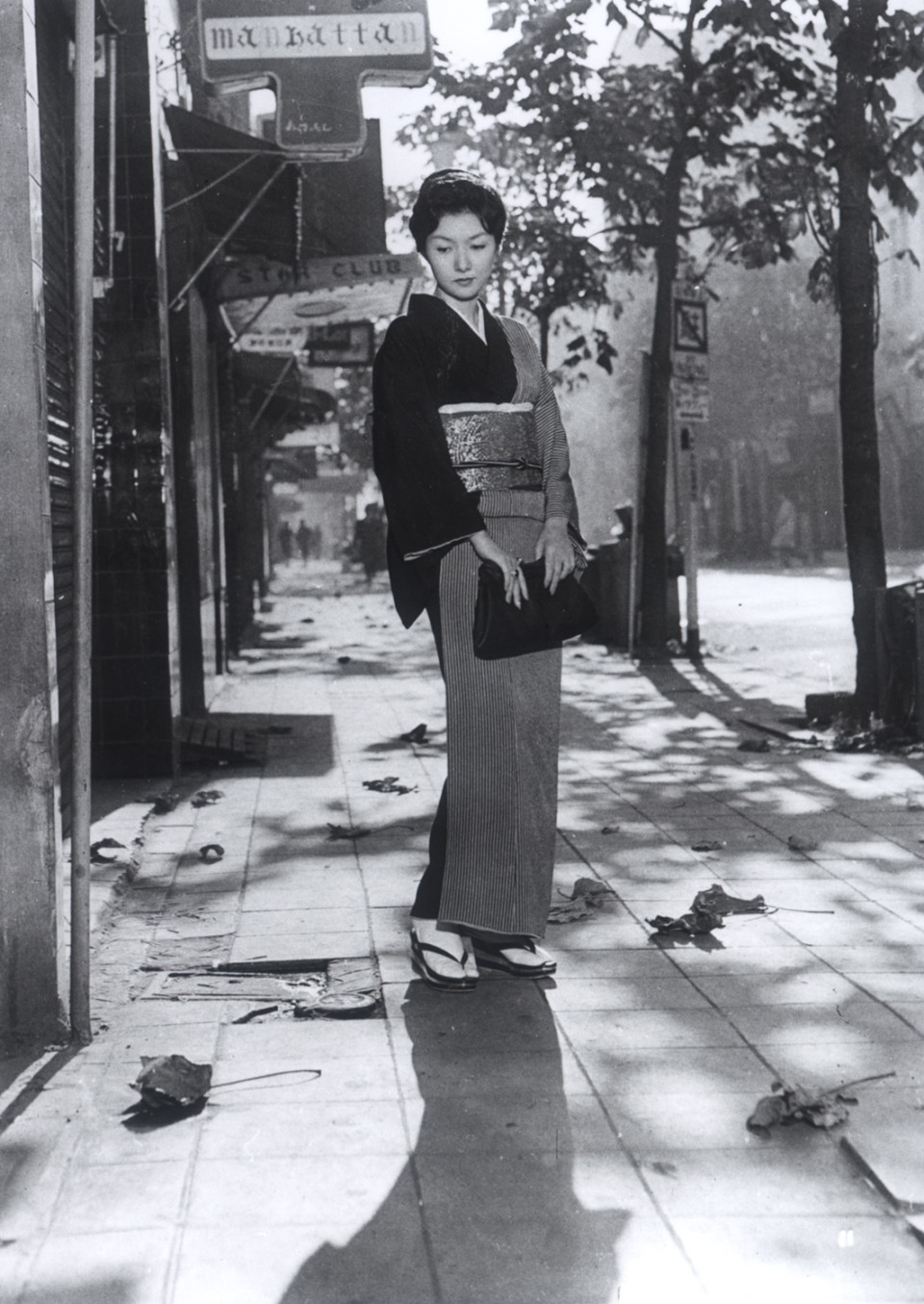 Takamine in When a Woman Ascends the Stairs

Like Hara, in When a Woman Takamine mostly reveals Keiko’s feelings and frustrations through her graceful, expressive face and eyes. It was said that Takamine worked with Naruse to cut out lines of dialogue that could be replaced by facial expressions; as James Quandt notes, Naruse even proposed to Takamine that “they make a film with no sets or exteriors, only neutral backgrounds, so that they could concentrate on the nuances of expression.” Of course, such a radical idea could only work with a performer who had both the skill and the depth to convey a whole inner life absent the trappings of traditional realism — and this rare gift was surely Takamine’s “special characteristic.” To apply to Takamine what Kurosawa said of Naruse, she was “a deep river with a quiet surface disguising a fast-raging current underneath.”

When a Woman Ascends the Stairs

The Smile of Setsuko Hara

Sympathy for Mr. Sadness: In Praise of Mikio Naruse