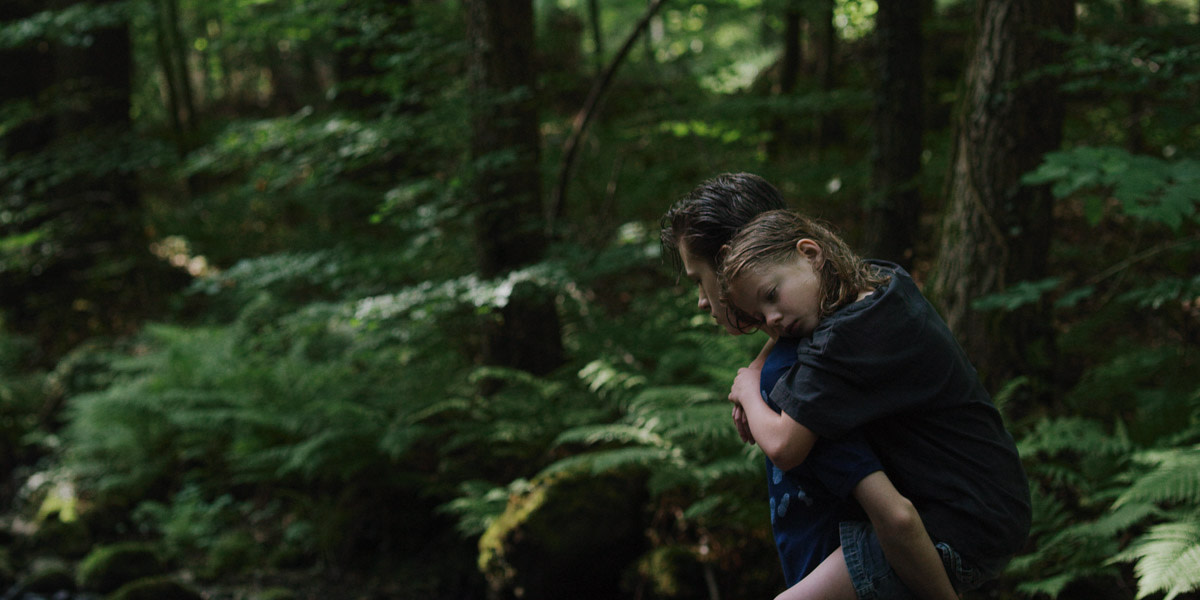 "My films are based on the idea that a large part of life is impenetrable, full of misunderstandings and delivered at random. The characters live in contradiction with the fact of being tied to their destinies and their various attempts to fight against them." —Angela Schanelec

A decade ago, TIFF Cinematheque presented a showcase of the so-called "Berlin School," a group of German filmmakers whose works were at that time little known in North America, but many of whose members — including Christian Petzold, Thomas Arslan, Maren Ade, and Ulrich Köhler — have since broken through internationally. Joining these ranks in 2019 was Angela Schanelec, whose latest film, I Was at Home, But… won the Best Director prize at the Berlinale. In a joint effort with Film at Lincoln Center and Harvard Film Archive, we are thrilled to present this full retrospective of Schanelec's work, which is finally receiving long-deserved recognition both at home and abroad.

A theatre actor who switched over to cinema and enrolled in the prestigious German Film and Television Academy (DFFB) at the age of 28, Angela Schanelec has created one of the most rigourous, compelling, and painfully honest bodies of work since that of Maurice Pialat. On the one hand, Schanelec's films are about mundane, relatable subjects such as family (mother-child relationships especially), interpersonal relations, and the difficulties of communicating; on the other, they elude easy definition as they tap into something more essential, ineffable, indescribable. As generous as they are unsparing, Schanelec's films explore the complexities of being human and how one's life can be changed suddenly and irrevocably due to circumstances both within and outside of one's control, even as they employ methods (in terms of both writing and visual style) that encourage us to consider the possibility of other realities.

While Schanelec's interest in parallelism — which expresses itself through divergent storylines, spatiotemporal ellipses, and narrative bifurcations — has become more pronounced in her recent work, it was present as early as her graduation film, I Stayed in Berlin Over the Summer, which also introduced some of her other familiar themes and tropes: artist protagonists (especially photographers, writers, and actors), amorous liaisons, faltering communication, and a certain dreamlike quality that gradually emerges from her committed focus on the everyday. Schanelec's use of recurrence is one of the sources of this pervading sense of the uncanny: not only her fondness for certain character names and certain actors (many of whom are theatre actors who appear in Schanelec's films exclusively), but also certain objects. A crown that is glimpsed in an office in Orly is later worn by a young actor in his schoolroom production of Hamlet in I Was at Home, But…; in The Dreamed Path, the tragic young couple from the film’s beginning is seen again at the end ostensibly 30 years later, looking not a day older and wearing the same outfits — as if a part of them was fixed in time from when they were together and in love.

Such sudden breaks with "reality" as such is all the more startling given the deceptively rigorous materialism of Schanelec's visual style. Even as she maintains a respectful distance from her frequently messy, impulsive, and ambiguously motivated protagonists, refusing to either judge or psychologize, she captures the spaces through which they move — primarily urban spaces — with an exacting and meticulous attention that, paradoxically, also reveals their innate quality of anonymity. (The title of her second full-length feature, Places in Cities, neatly encapsulates this dynamic.) While Berlin is a frequent stage for her films, and two titles bear the names of their respective locales (Marseille and Orly), cities in Schanelec are more often than not rendered as a series of fundamentally unidentifiable or nondescript spaces, alternating between areas of hermetic enclosure (cars, sequestered apartments, swimming pools) and transience (airports, train stations).

If Schanelec's approach to cities consciously strips them of their character, her invocations of art and culture — books and poems, film and theatre references that range from Shakespeare, Dostoevsky and Chekhov to Bresson, Ozu and Eustache — function like a kind of coded language, their very explicitness making them all the more enigmatic within the director's mysterious systems of meaning. Music is employed similarly, often in a manner that slides ingeniously from the diegetic to the non-diegetic, the better to enhance the dreamlike character of the proceedings. Schanelec has variously used such artists as Joni Mitchell, Portishead, Ben Folds Five, Cat Power, Disclosure, and, most recently, M. Ward, whose hauntingly slow cover of David Bowie's "Let’s Dance" scores the remarkable central sequence of I Was at Home, But…, as Maren Eggert's fraying Astrid performs a touchingly clumsy choreographed dance routine with her two children in a hospital.

Many of Schanelec's films feature such prolonged and somewhat eccentric dance scenes: two girlfriends swaying by the pool in Places in Cities; a group of siblings on the floor of a nightclub in Passing Summer; a physiotherapy session in The Dreamed Path that morphs into an exercise in contemporary movement (and is performed by an actor who is a dancer in real life). Schanelec has become more attuned to the physical even as her recent films have moved ever more towards attenuation and abstraction on the narrative level. In both The Dreamed Path and I Was at Home, But…, her characters have a Bressonian weight, their bodies displayed or dissected in the frame as the films progress more like hewn-out blocks of life than as conventional, psychologically driven stories. What does it mean to tell a story through a body that either moves or does not move? What do bodies tell us of the people who inhabit them? Why do we dance — to ward off the pain, the loneliness, the encroaching fear? To let it all go, to liberate one's body and mind, to form kinship with others? For a cinema that is concerned with such big questions as "Are you happy?" and "Who am I?", and where absence so often functions as an ordering principle, it is these patterns — of movement, of light, of colour, of composition — where we seek our answers, and the truths they yield are among the most perceptive and affecting in contemporary cinema.

I Stayed in Berlin Over the Summer preceded by Schanelec Shorts

The Tree of Wooden Clogs