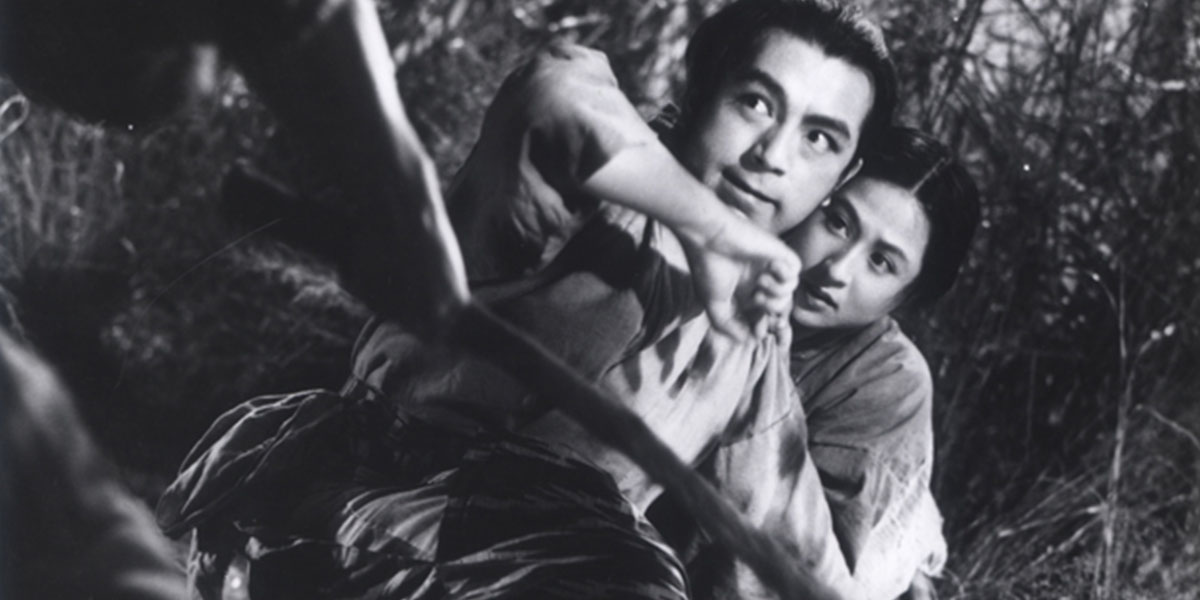 The third of several profiles of the great Japanese directors spotlighted in this season’s flagship TIFF Cinematheque programme Summer in Japan.

Kenji Mizoguchi began his career in the silent period, and quickly became known for his vehement independence and uncompromising artistry. Working in many genres — contemporary melodrama and historical epic, social realism and domestic tragedy, biography, ghost story, and samurai tale — Mizoguchi produced dozens of films, many of which were lost during World War II; but those that remain constitute one of the most beautiful bodies of work in any art, of any time. It is little wonder that critics the world over have chosen Mizoguchi as one of the greatest directors in the history of cinema: such classics as Ugetsu, Sansho the Bailiff, The Crucified Lovers, and The Life of Oharu are unequalled for their pictorial and narrative richness and their emotional force. 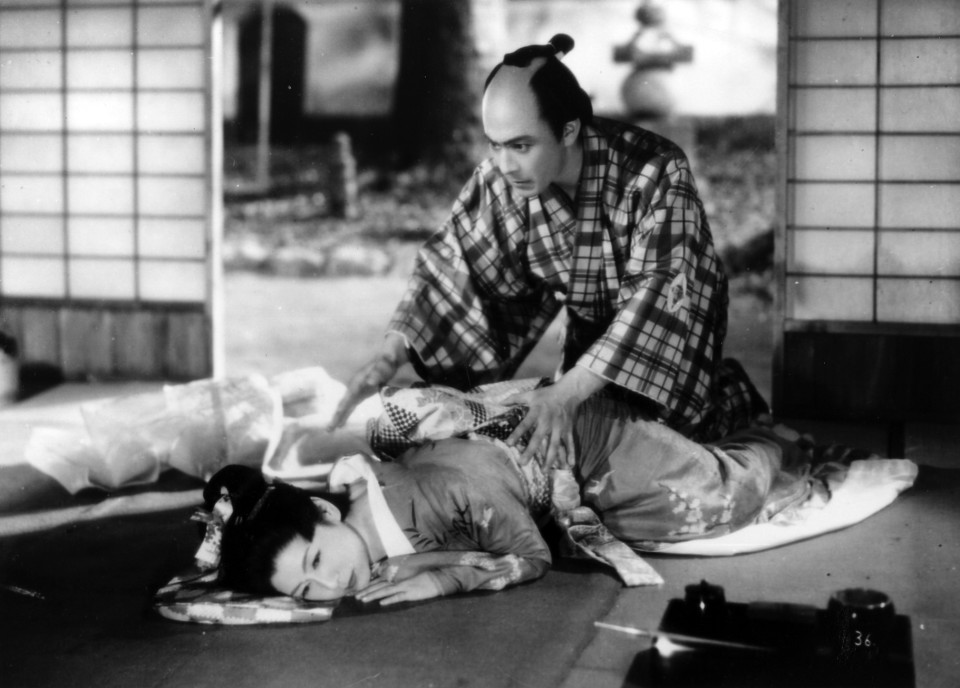 Kinuyo Tanaka and Toshiro Mifune in The Life of Oharu

The comparisons are as inevitable as they are unfashionable — Mizoguchi is cinema’s Shakespeare, its Bach or Beethoven, its Rembrandt, Titian or Picasso — but such analogies are entirely apt. Mizoguchi’s oeuvre is imposing in its immensity, its reach, accomplishment and influence: Jacques Rivette, Jean-Luc Godard, Pier Paolo Pasolini, Rainer Werner Fassbinder, Straub-Huillet and Andrei Tarkovsky are just a few of the directors who have been influenced by him. His artistry, though august and exquisitely refined, was also aggressive, reflecting the turbulence of the world and the searching discontent of his own nature: as Peter Grilli characterized him, Mizoguchi was “a restless genius, driving himself like a Picasso or a Beethoven to innovate and extend his art, never repeating earlier achievements, always setting new challenges for himself.” Which is not to say that Mizoguchi’s work is eclectic — indeed, he offers a textbook case of stylistic and thematic coherence. French critics were the first in the West to celebrate Mizoguchi, recognizing in Oharu, Ugetsu and Sansho a distinctive visual and editing style. Subsequent critics have catalogued many motifs in Mizoguchi’s cinema, both visual (fire and water, especially) and thematic: the interplay of art and life, distance and identification, the transience of life, the vanity of human ambition, transcendence through love after death, and, most insistently, the subjugation of women in Japan. 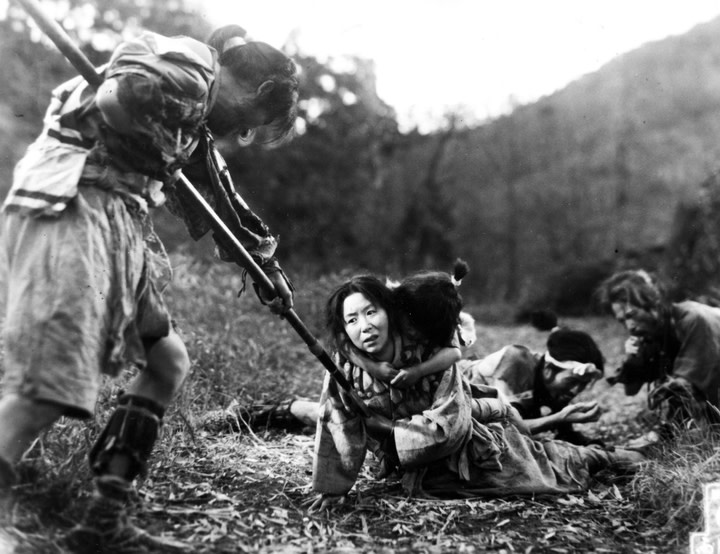 This last-named theme remains the most contentious when discussing the filmmaker’s work. Whether set in Japan’s medieval past or in the streets of mid-’50s Tokyo, Mizoguchi’s films almost invariably focus on women and their travails in a world that demeans, enslaves, or crushes them. Time and again in his oeuvre, one encounters the situation in which a woman sacrifices everything (often being driven into prostitution or concubinage) so that a debased man can achieve success or personal transformation — a motif that, as David Owens has pointed out, “film critic Tadao Sato attributes to the director’s guilt feelings about the sacrifices his own mother and sister made for him.”

Whether or not this biographical data can explain the fierce determination with which Mizoguchi repeatedly treated the subject of women’s subjugation is debatable — can the force of his films’ feminism, which audiences still find astounding today, be accounted for simply as an act of expiation? It is no surprise that, with an art as complex as Mizoguchi’s, some critics have questioned whether his cinema is feminist at all, aestheticizing as it does women’s sacrifice and suffering, offering what is essentially a conservative worldview in which change is impossible, and escape is imaginable only through death. (Some have gone so far as to find Mizoguchi’s insistence on women’s agony pathological.)

But if there is debate about the source and meaning of Mizoguchi’s themes, there is little about his style. While the key components of the director’s style can be parsed — e.g., the elegant long takes and sequence shots; deep-focus compositions that organize background and foreground to energize the space contained in the frame, and employ strong diagonals to emphasize offscreen space; intricately planned pan, crane, and follow shots that earned him comparisons to Murnau and Ophüls — ultimately, as with all great art, explication gives way to the ineffable: one can come away from Mizoguchi’s films exhausted from their beauty. 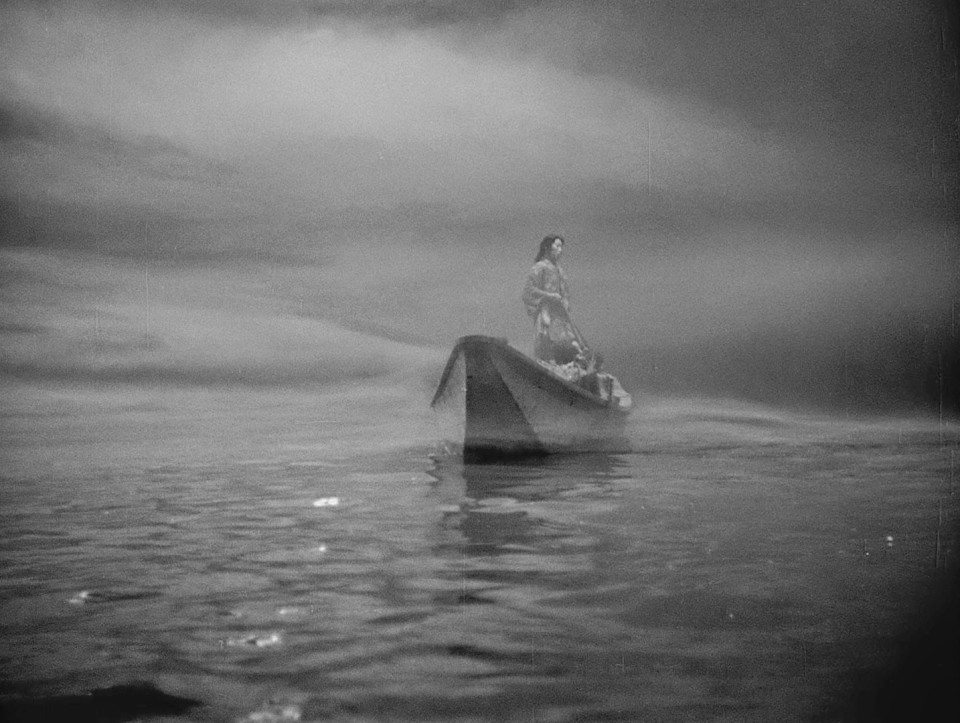 Mizoguchi’s propensity for the long shot (“I hate close-ups,” he declared) reflects much about his aesthetic: his style has often been called “objective,” with its multiple viewpoints (he often inscribes an observer in key scenes) and its rigorously composed images of loss, exploitation, and sacrifice. Mizoguchi’s is an art of paradox, his aestheticism both containing and intensifying his often ferocious depictions of chaos and cruelty; the elegance and complexity of his style in service of often blunt social criticism; his materialism and fanatical dedication to realism employed to portray spiritual transcendence, and to conjure the uncanny and the spectral; his distancing (through style and narrative construction) deepening our emotional response to the suffering of his characters; his emphasis on the transient and the tragic often ameliorated by affirmation of kindness, solidarity, or endurance.

The latter is perhaps ironic given that Mizoguchi’s bullying, ruthless working method was infamous: he spared no one, least himself, to achieve what he thought was truth. He is famous for the obsessive care he took in designing his compositions, both for aesthetic effect and for fidelity to reality. Tyrannical with his writers, technicians and actors — that the great actress Kinuyo Tanaka made so many films with him is something of a miracle — he achieved the most refined, even ethereal effects, the most humane and moving of stories, the most exquisite compositions and nuanced performances, all through a force of will that often amounted to cruelty. Great art is sometimes born of such abusive perfectionism, and there is little art greater than Mizoguchi’s.

The Life of Oharu

Discovering the Poetry of Yasujiro Ozu, or I Also Wrote, But…